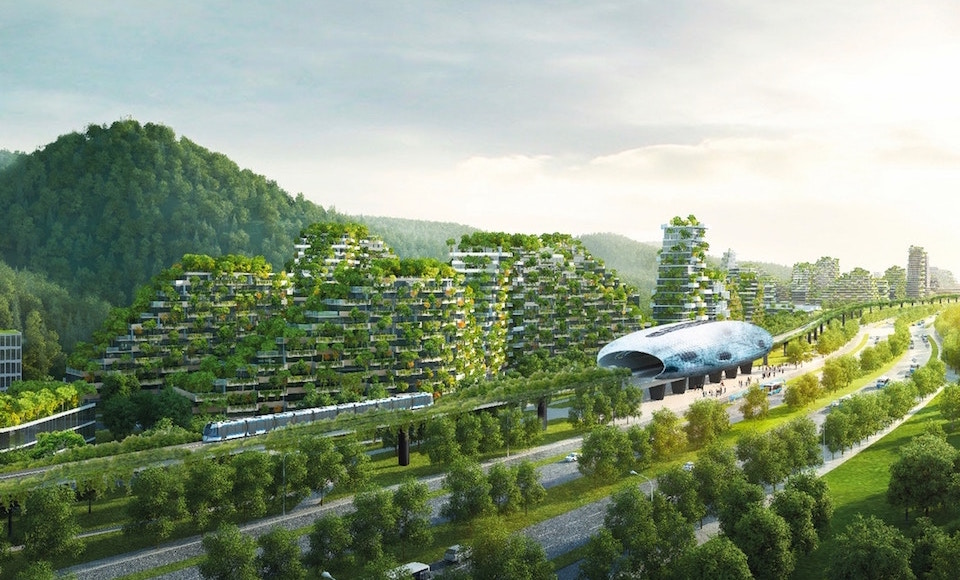 Italian architect Stefano Boeri has devised an innovative way to ease China’s pollution problem: a Vertical Forest City, in which every office, apartment, hotel, school, and skyscraper is blanketed in smog-sucking greenery.

If the concept sounds familiar, that’s because this isn’t Boeri’s first time at the eco-friendly rodeo. His architecture firm is also behind two vertical forest buildings planned for Nanjing in eastern China. In this iteration, Boeri’s ultra-ambitious idea will expand to span two-thirds of a mile along the Liujiang River in the southern city of Liuzhou.

When complete, the development will be home to around 30,000 people and be connected to the main Liuzhou city via a fast-rail line designed for electric cars. It will boast nearly a million plants from over 100 species and about 40,000 trees, all working together to replace urban air pollution with clean oxygen and boost local biodiversity. They’ll absorb an estimated 10,000 tonnes of Co2 and 57 tonnes of pollutants per year, as well as produce up to 900 tonnes of oxygen.

Additionally, the greenery will provide shade during warm months and insulation during winter, helping residents use less heating and electricity, and act as a noise barrier from local highways. Each building incorporates geothermal systems for air conditioning and rooftop solar panels for renewable energy to maximise sustainability and self-sufficiency.

Vertical Forest City has started construction and is slated to be completed in 2020. 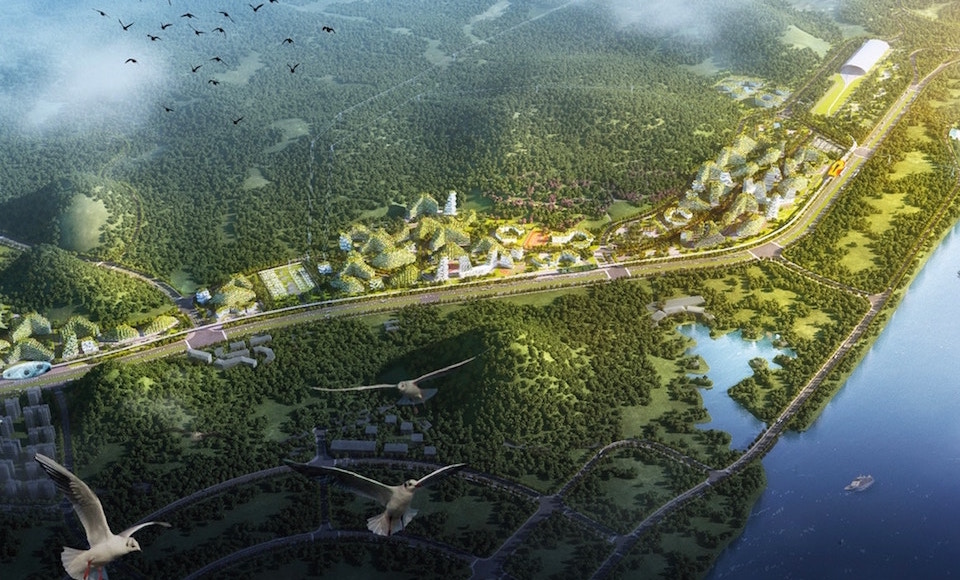 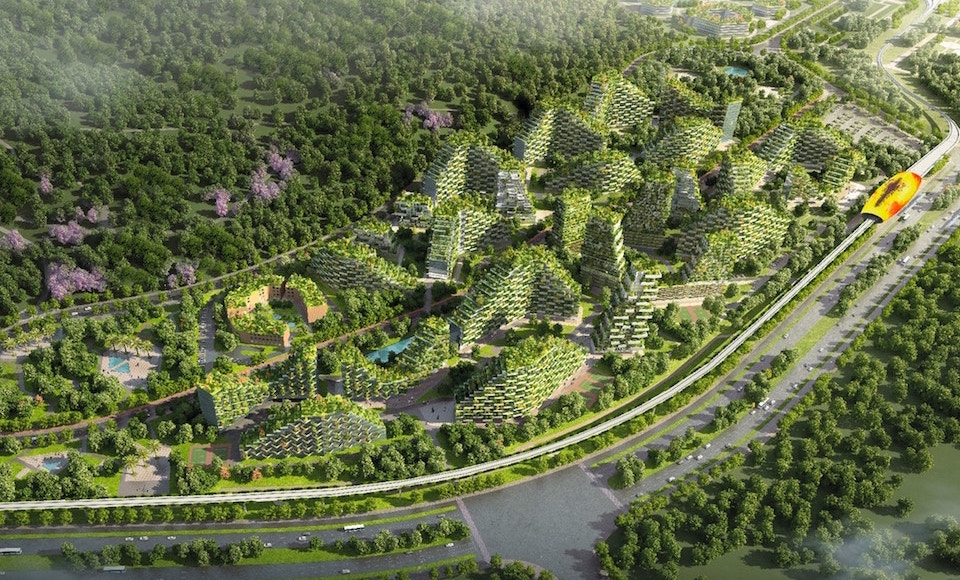 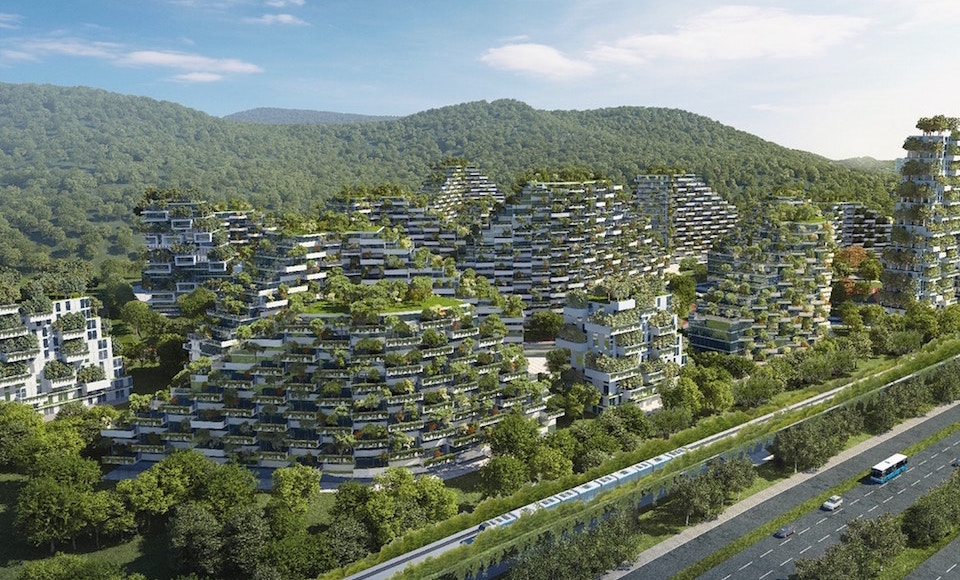 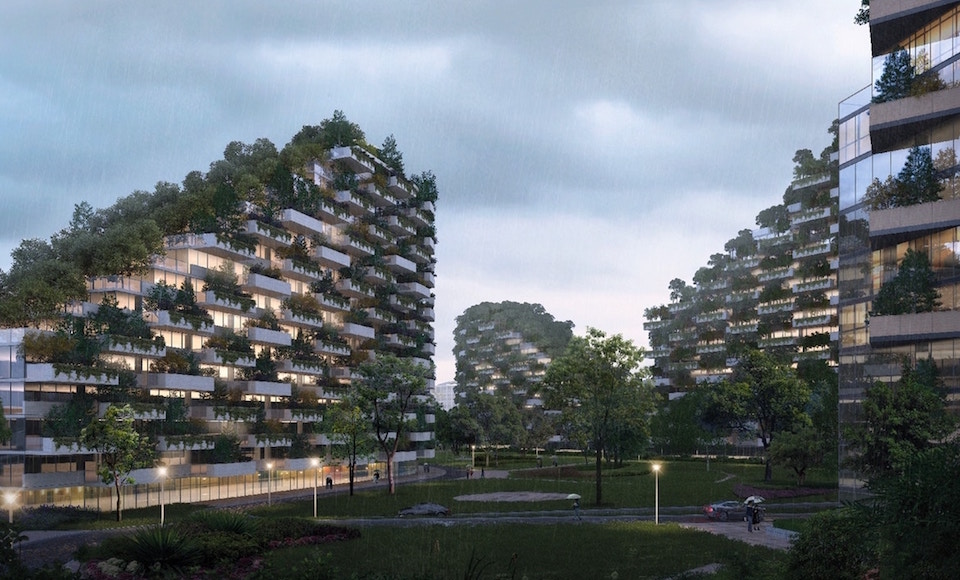 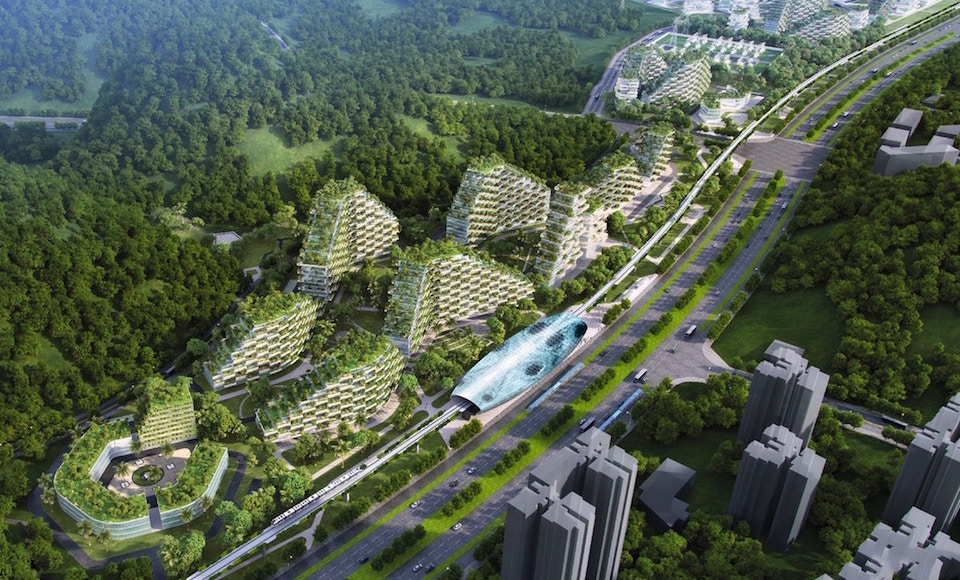