If your suit was an asshole, here’s what it would say. 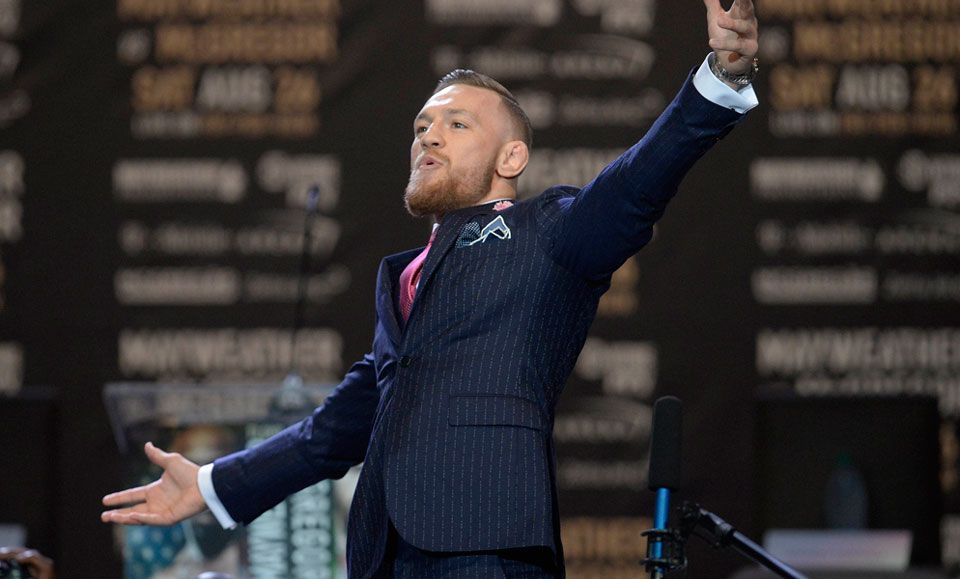 It’s all in the details

The concept of bespoke suiting has long been held in high esteem amongst the artisans who create them and those lucky enough to wear them.

As one of the finest ways a man can express himself in society, Conor McGregor has today taken that sartorial notion and given it two middle fingers with a big ‘Fuck You’ – literally.

The UFC megastar fronted up to the first press conference for his $100 million fight against world champion boxer Floyd Mayweather in a three-piece pinstripe suit featuring pinstripes forming the words ‘Fuck’ and ‘You’ in vertical succession. Kind of like The Matrix code if said code was an asshole.

Either way it’s all fun and games until the pair enter the ring on August 26 where pay-per-view is currently charging US$100 to watch the fight. But we digress. You probably won’t be seeing this fabric at your local tailors anytime soon.

RELATED: How To Get Conor McGregor’s Style