It’s a murky affair where obligation meets personal integrity, so don’t be that guy.

It may be 2017, a time when most social conventions have all but gone out the window, but matters of money rarely come up between mates. Unless you borrow money from mates. 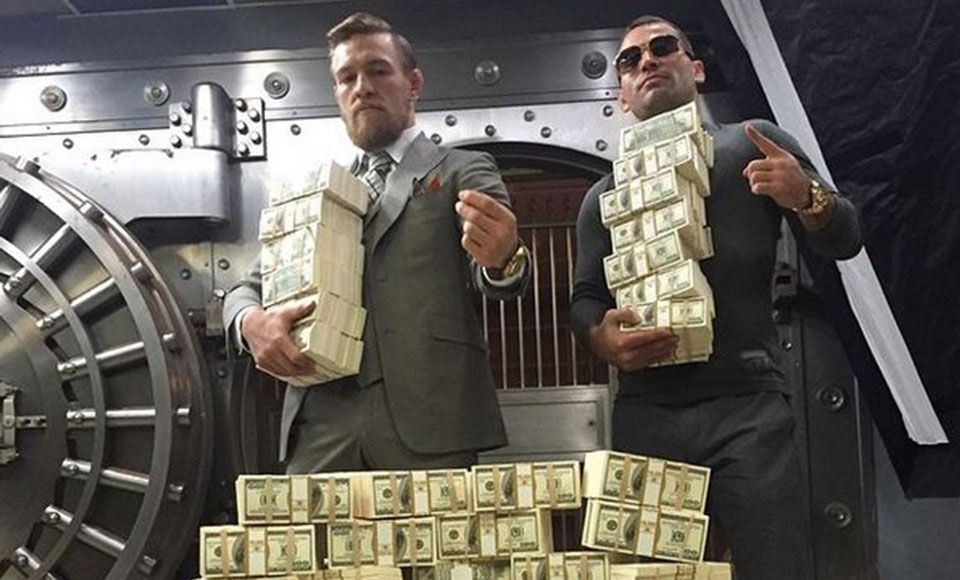 Never let money get between a good bromance

Maybe it’s a pride thing, maybe it’s the leftovers of the classic middle-class desire for privacy, but either way things rarely go beyond “He can either afford it or he can’t”.

As such, if things get as desperate for you that you have to consider asking a friend for a substantial loan, do NOT expect whatever happens next to be particularly straightforward. Nonetheless, there are a few rules to follow in making sure you’ll both come out of it as smoothly as possible.

All of this processing should take place before you ever even pop the question to your ever-generous buddy. This isn’t just money you’re asking for.

For them, it’s hundreds of hours’ worth of work, a delayed holiday, a reduction in living standards for a certain amount of time, or a litany of other things. There’s a goddamn good reason financial institutions go through your shit with a fine tooth comb every time you ask them for money, and that’s because they (quite reasonably) don’t trust anyone with the privilege.

If you can’t provide your friend with that level of trust that you’ll pay them back full and on time, then don’t even ask. It’s not worth ruining a friendship over.

All this being said, the biggest thing that just about any lender should remember when loaning money (to a friend or anyone else), is to only give out what you can afford to lose.

Use A Friend Only As A Last Resort

We’re not going to tell anyone to go out and get a pay day loan, but if a friend hasn’t already seen you’re in trouble and offered to help, chances are none of them are really in the position to do so.

As such, only ask once you’ve exhausted just about every other option that isn’t likely to get you into even deeper financial trouble than you already are. Remember, official lenders exist because they can afford for you not to pay them back. Your mates most often can’t.

Treat It Exactly How You Would A Bank

When we say exactly, we mean EXACTLY. Of course, this doesn’t mean setting up interest rates for the $100 you owe from that night down at the pub, but if you’ve borrowed a substantial amount of cash, set up a payment plan and stick to it.

Have the money ready exactly when it’s needed, and if you’re late, expect nothing less than a loan shark’s level of ruthlessness. You deserve it.

That Means Paying Interest When Appropriate

If you think that you should be free of paying a little interest on a hefty enough loan from a mate, you need to get your head out of your arse.

Not only have they been kind enough to front you the cash in the first place, but chances are they’ve had to sacrifice something in the short-to-medium term just so you can get out of whatever hole you’re in. It doesn’t matter whether it’s a bit of extra cash or a case, make it worth their trouble.

Always Pay On The Act Of Gratitude

Chances are if you’ve gotten to the stage of having to get a loan from a friend, you’ve hit a pretty low spot. As such, remember that. The key of any good triumph-from-adversity story is that those who have triumphed always remember the low points they hit in the past.

For you, this means that once you’re back on your feet, be as generous to others as that one mate was to you. Really a golden rule to live by anyway.

Going Into Business With Friends?

It doesn’t need to end in disaster. Here’s how to ensure your friendship lasts longer than your next big idea.