A new era of watchmaking for the iconic fashion house has arrived. 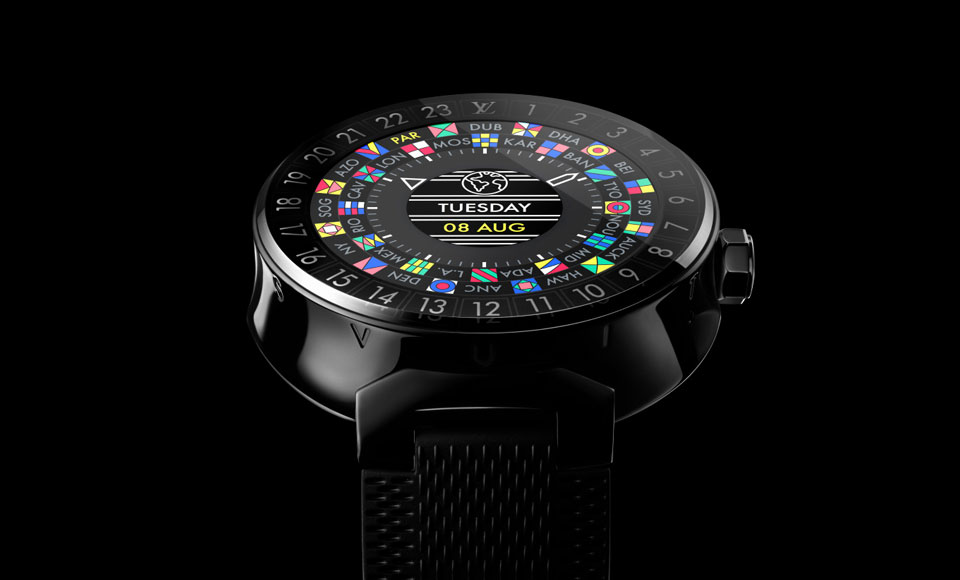 It’s taken numerous attempts from numerous watchmakers but it’s safe to say that Louis Vuitton have finally stepped up to take the crown for a fashionable smartwatch that is on par with some of the best out there when it comes to features.

What sets the Tambour Horizon apart of course is the LV moniker, a symbol of contemporary high fashion whether you’re a fan of the label’s tenacious approach or not (read: Supreme x LV). The Tambour name first set Louis Vuitton on its watchmaking voyage back in 2002 and it’s only fitting that the name returns more than a decade later to take on a new digital frontier in timekeeping.

The idea for the new Tambour Horizon was born in Paris with parts meticulously crafted in Switzerland before calling on Silicon Valley’s brightest to develop the technology which can be enjoyed by any wearer from around the world. The result of teaming up with Google and Qualcomm Technologies, Inc.? The arrival of a highly capable smartwatch which boasts the signature elegance and grace of a Tambour.

The Tambour Horizon also features customisable watch faces with stripes and initials to drastically change its overall aesthetic. This includes a “My Flight” Travel watch face made for those who are constantly in transit. Personalisation is further enhanced on the Tambour with up to 30 different straps to choose from.

The luxurious feel of the timepiece is finely complemented with sapphire glass on the front and back, the latter of which features the iconic ‘LV’ logo. For everyday wearability the watch affords 30 metres of water resistance, approximately a day’s worth of juice between charges and WiFi and Bluetooth connectivity.

The bridge between luxury, style and technology has arrived. 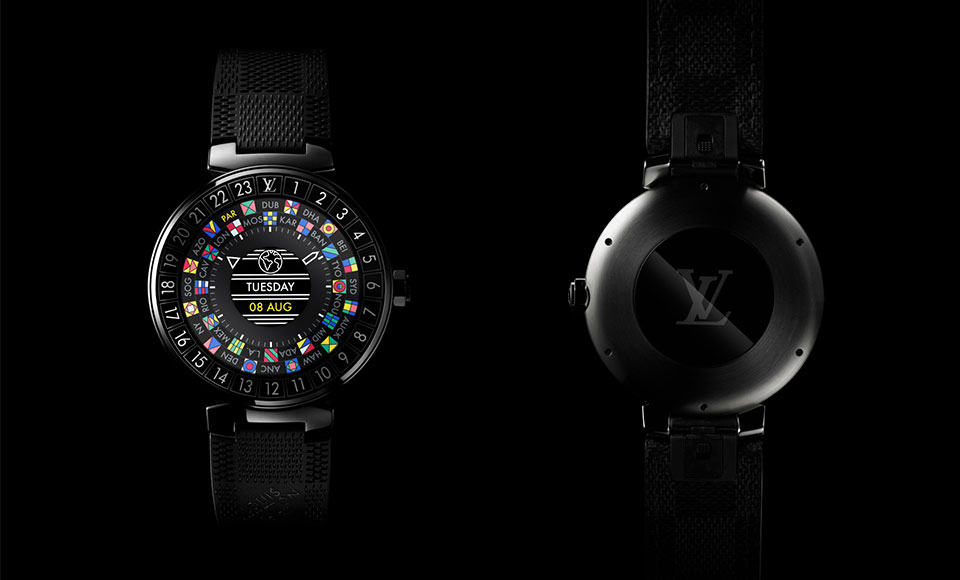 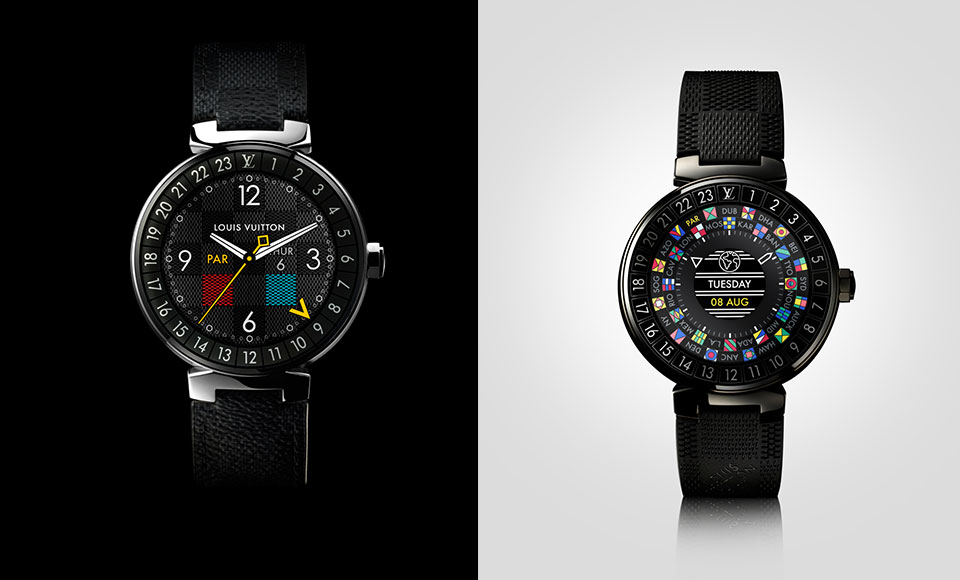