The World’s Rarest Cars Just Went Under The Hammer 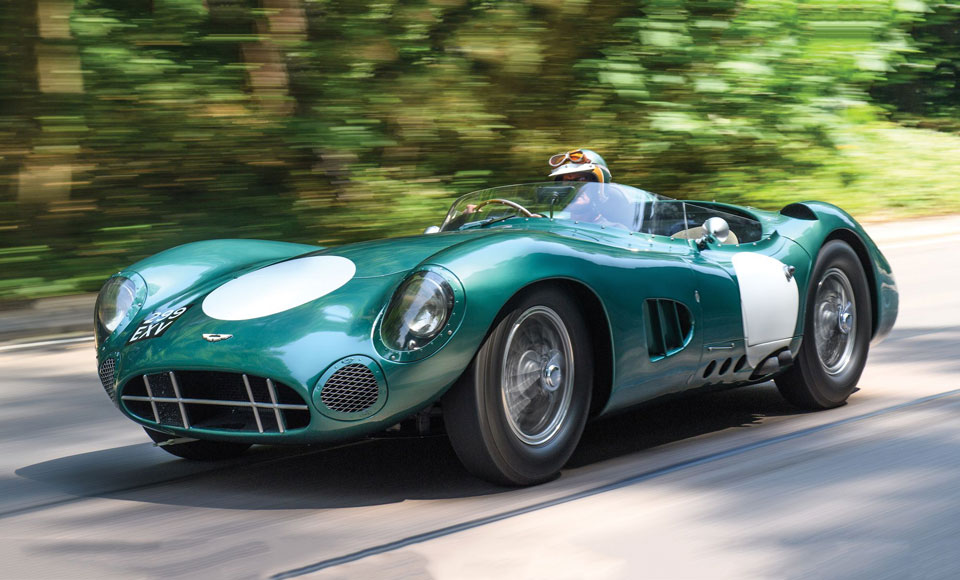 The past two weeks have seen a major haul of some of the world’s most precious machinery on four wheels. Destination? Auction town. In accordance with the prestige and fanfare that comes with Pebble Beach Concours d’Elegance, auctioneers and private collectors have also been rolling out with their best silverware for the highest bidder.

If you’re in the market for the , Keith Richards’ Ferrari Dino or just want to know what a McLaren F1 is worth these days, then you’re in luck. Have a peruse through the gallery and turn your dreams into a reality. Or be like us and just keep dreaming. 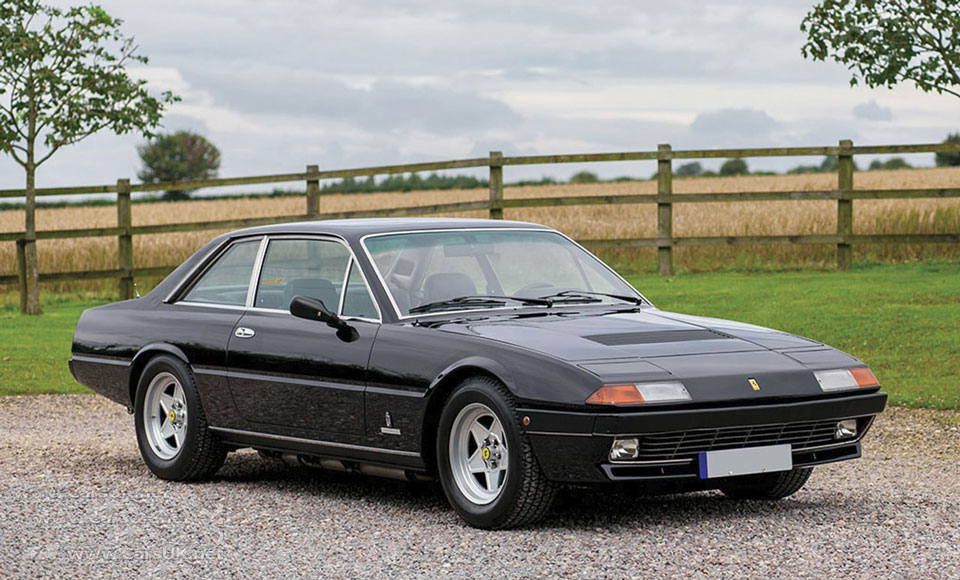 1 of 7
Keith Richards' 1983 Ferrari 400i
You can now own a piece of Rolling Stones heritage with Keith Richards' Pininfarina designed 400i going under the hammer via RM Sotheby's. The car which hails from 1983 only has 3,218km on the clock and is in pristine condition for its age. The car is powered by a front-mounted V12 and features 2+2 seating.
LINK 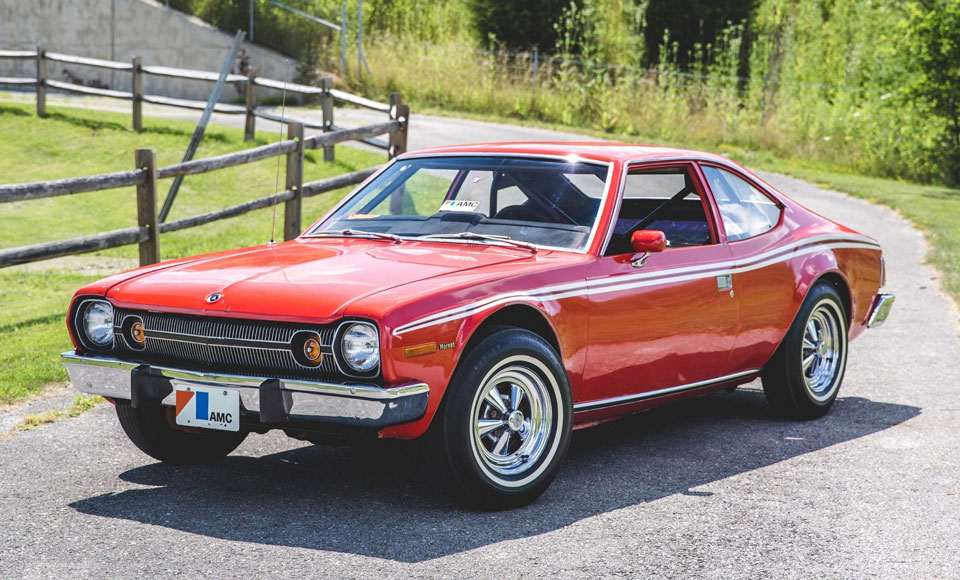 2 of 7
James Bond's 1974 AMC Hornet
Fans of James Bond's 'Man with the Golden Gun' can now acquire the very car from the movie which took on the iconic barrel roll and survived. The car which was to become Roger Moore's wheels of choice comes from the collection of Jay Milligan, the man who devised the barrel roll jump for the film. With an expected sale price between $250,000 and $350,000, the AMC Hornet isn't entirely out of reach.
LINK 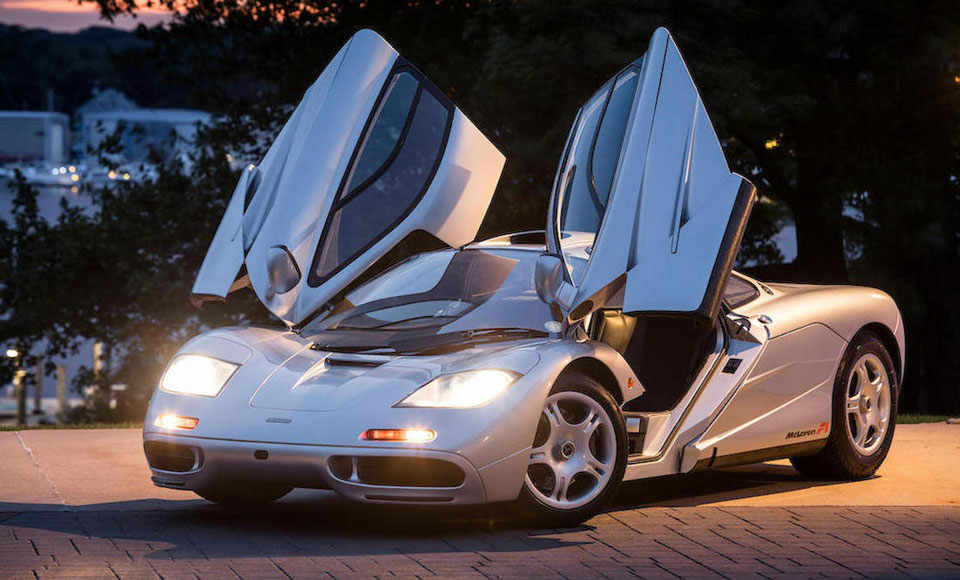 3 of 7
1995 McLaren F1
One of the world's most iconic supercars went under the hammer last week for a staggering amount. The F1 developed by Gordon Murray was ahead of its time in terms of cutting edge technology during its tenure from 1992 - 1998. The engine bay was lined in real gold for heat dissipation, the monocoque and chassis featured titanium and carbon fibre whilst propulsion was handled with a BMW V12. The price of a classic supercar in 2017? It sold at Bonham’s Pebble Beach auction for a staggering US$15,620,000 (AU$20M) with just 15,500km on the clock.
LINK

4 of 7
1956 Aston Martin DBR1
Another British car which went for an eye-watering amount over the week was this illustrious Aston Martin race car hailing all the way from 1956 - chassis number one. The DBR1 also managed to break records as the most-expensive British car ever sold at the auction. The price? US$22,550,000. Bear in mind it won the 1959 Nurburgring 1000 KM and was piloted by Sterling Moss, Jack Fairman and Carroll Shelby at one point.
LINK 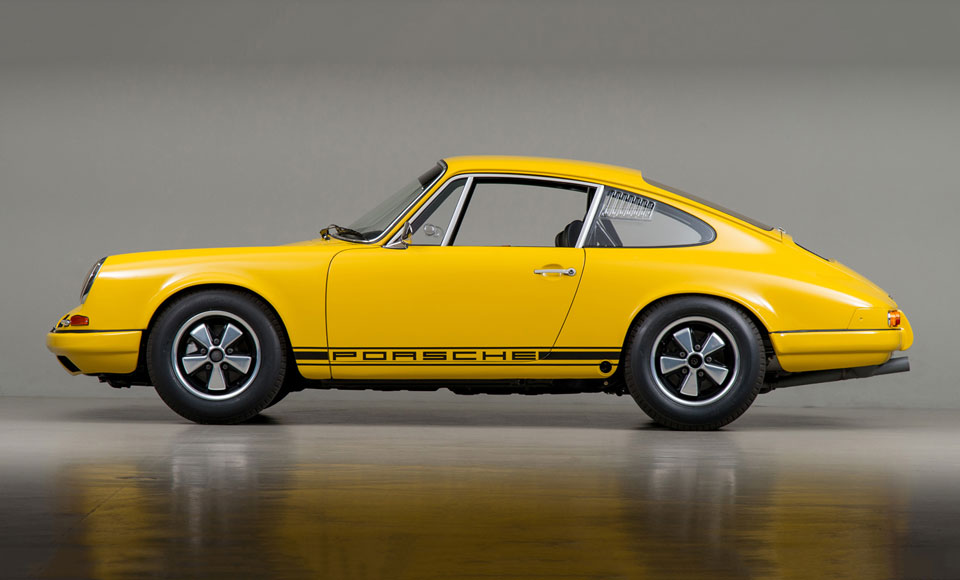 5 of 7
1967 Porsche 911 R Prototype
There are countless 911s out there to suit any owner but only one stands out in this world as a an icon. This 1967 Porsche 911 R is one of just four prototypes built before the production run of 20 came about. It's been fully restored with just 9,176km on the clock. Expect to pay more than US$5M for the car which set the precedence for all 911s today.
LINK 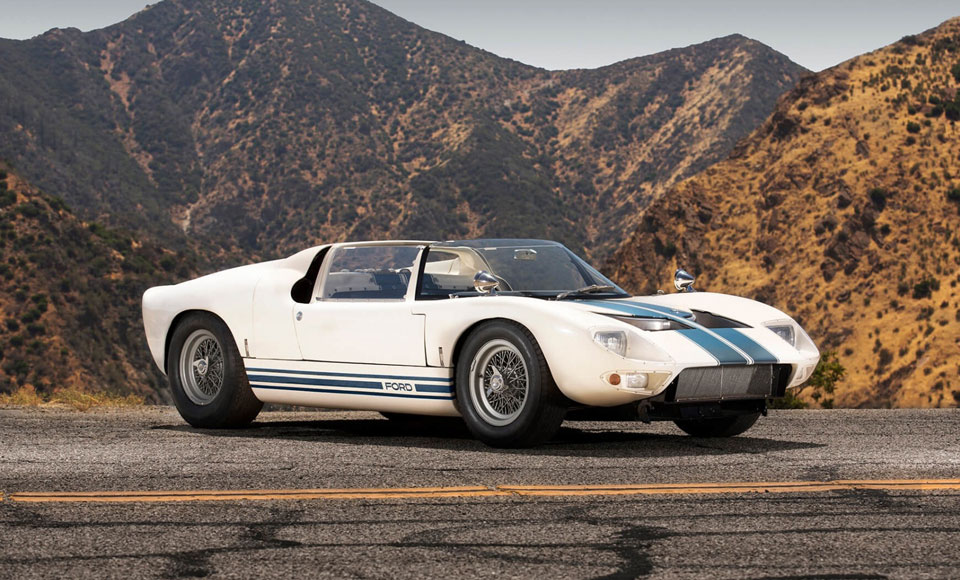 6 of 7
1965 Ford GT 40 Prototype
Like the Porsche 911 R, this GT40 Roadster Prototype is also a pre-production model of only six. It is the first roadster ever built and was driven by driven by F1 World Champion Jim Clark. The price is a secret but you can expect to pay a pretty penny.
LINK 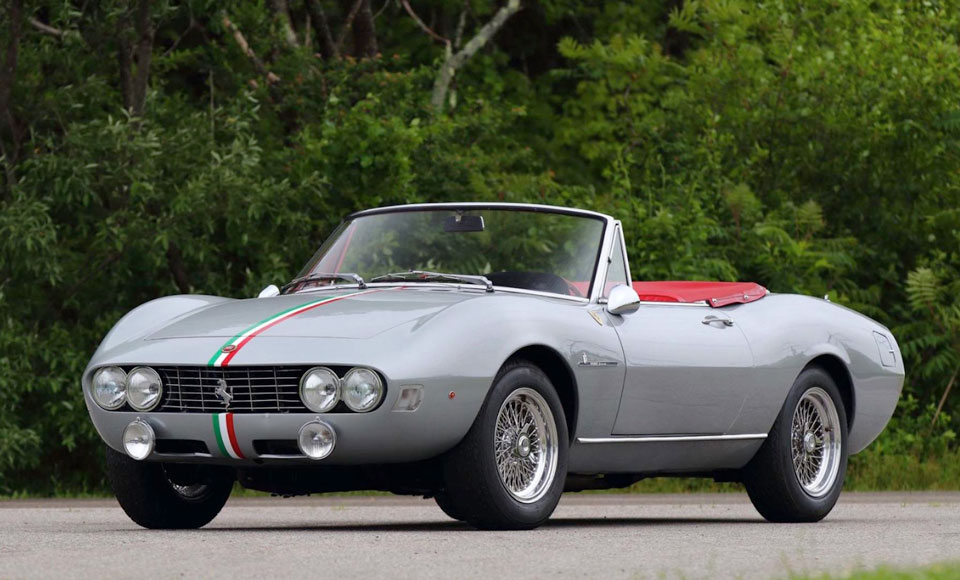 7 of 7
J. Geils' 1967 Fiat Dino Spyder
Late American Jazz and blues star J. Geils had a penchant for collecting Italian cars and motorcycles. Today those cars are going on auction at Pebble Beach with this particular 1967 Fiat Dino Spyder being a standout. It features a 2.0-litre V6 complete with Italian stripes and red interior. It's also the cheapest on the list with a pricetag of between $90,000 - $110,000