Priceless Ferrari Discovered In A Japanese Barn 40 Years On

Rare Ferraris are nothing new in the world of well-heeled collectors but when a special prancing horse emerges from the shadows forty years on as the only one of its kind in the world, the definition of rare is completely redefined.

This is the Ferrari 365 GTB/4, a living and (almost) breathing example of what can happen when precious things get stowed away and forgotten about for decades. The pedigree of such a car hails from 1969 to the late 70s where just 1,200 365 GTB/4 Daytonas were built. Five of those examples were constructed from light-weight aluminium and designated to racing duties only – except one. Ferrari built a single example of the race car in full street-legal trim and that car is the one you see before you.

Chassis no. 12653 has resided in a Japanese barn for the most part of four decades thanks to owner Makoto Takai who didn’t want to sell it. That all changed this year with the Rosso Chiaro vehicle now heading to auction without reserve during September’s Leggenda e Passione auction in Maranello.

Based on the images alone, the car is obviously in ‘barn-find’ condition meaning it’ll need some work to bring it back to its former glory, but otherwise all original parts are intact. Inside the vehicle there’s black Nero leather alongside features like matching engine numbers, transaxle, Scaglietti body numbers and the original spare tyre – unused of course.

The car had originally been in the hands of three owners in Italy before it was brought over to Japan in 1971 where it sits with 36,000km on the clock. 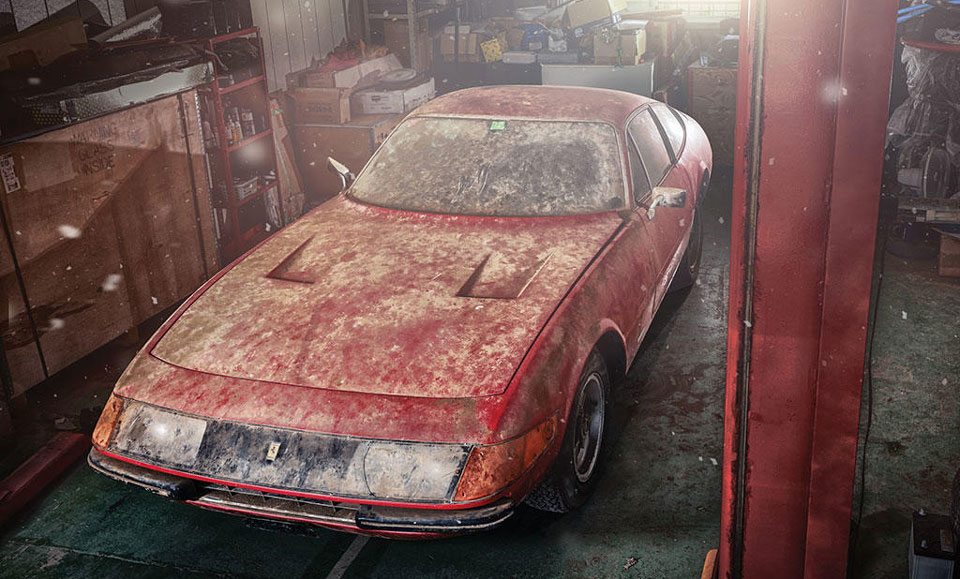 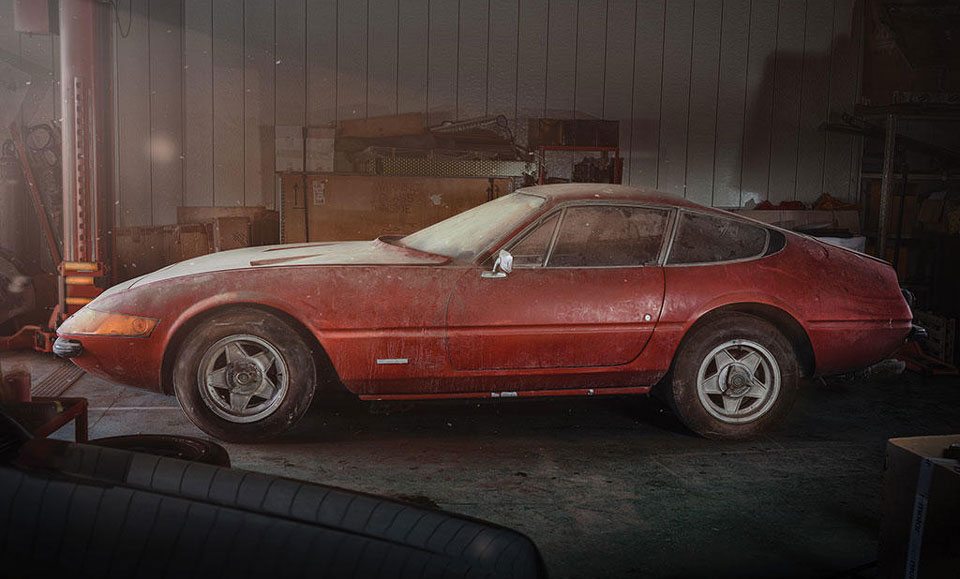 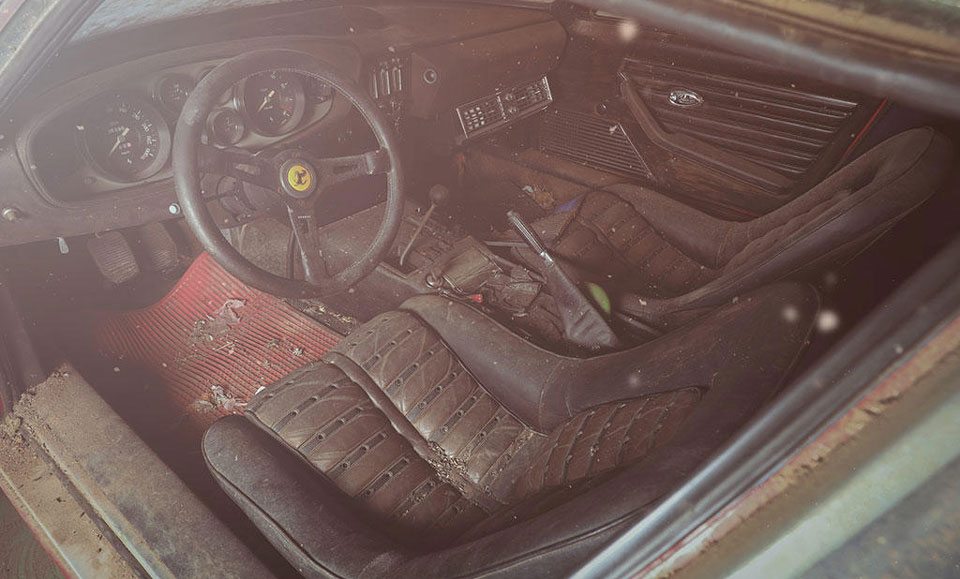 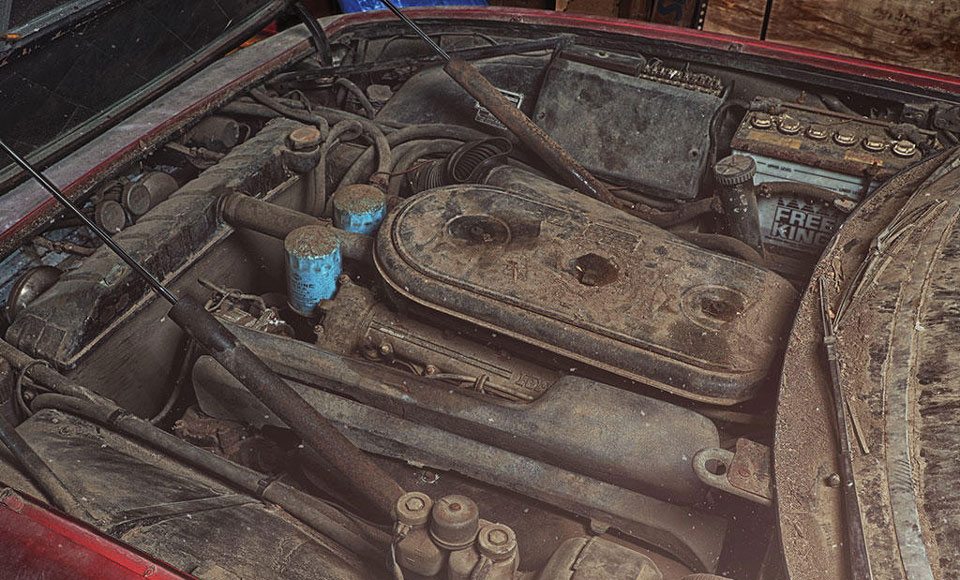 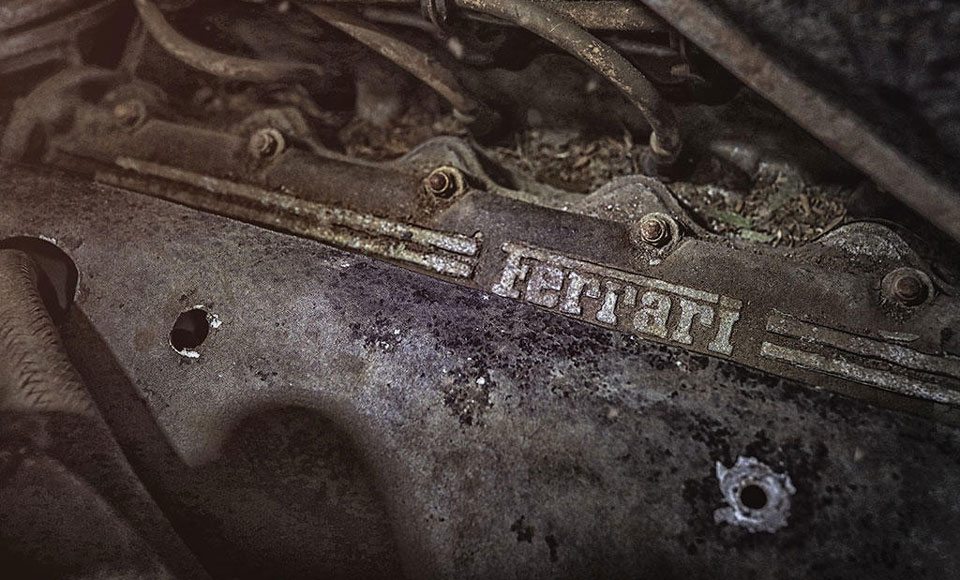 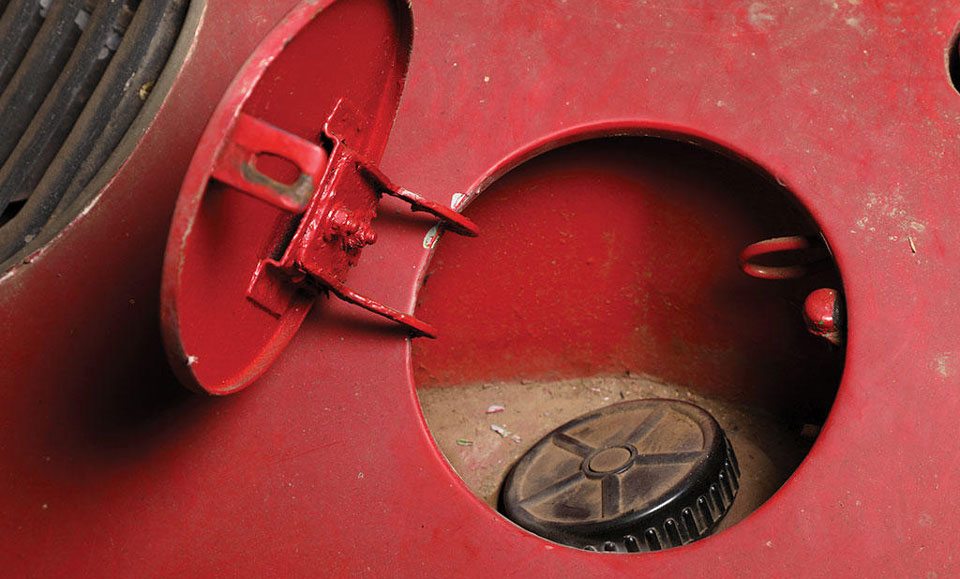 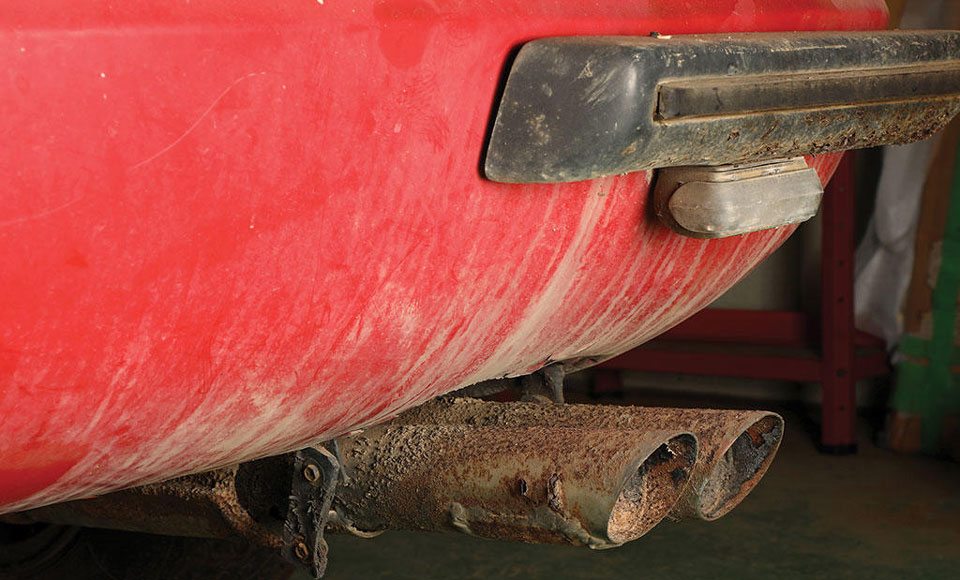 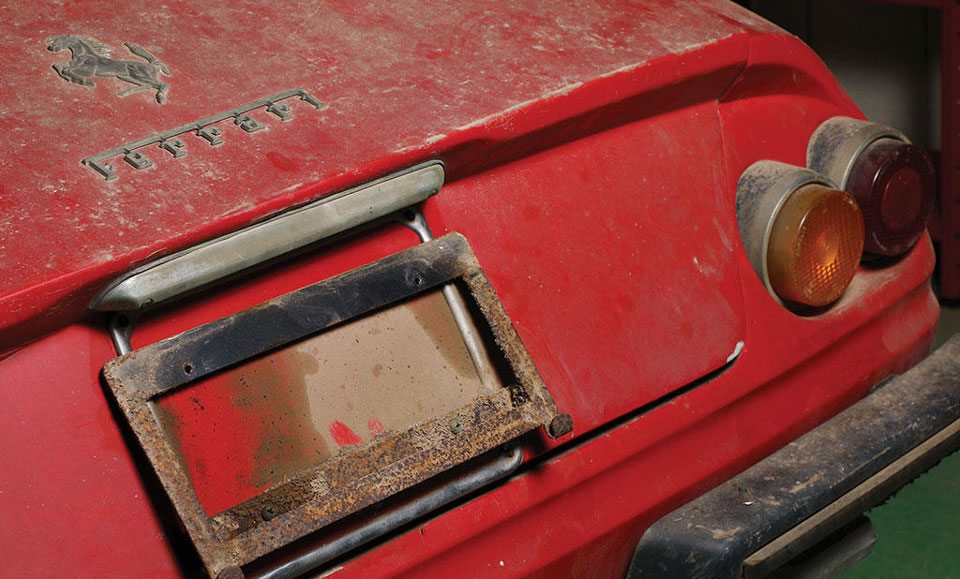 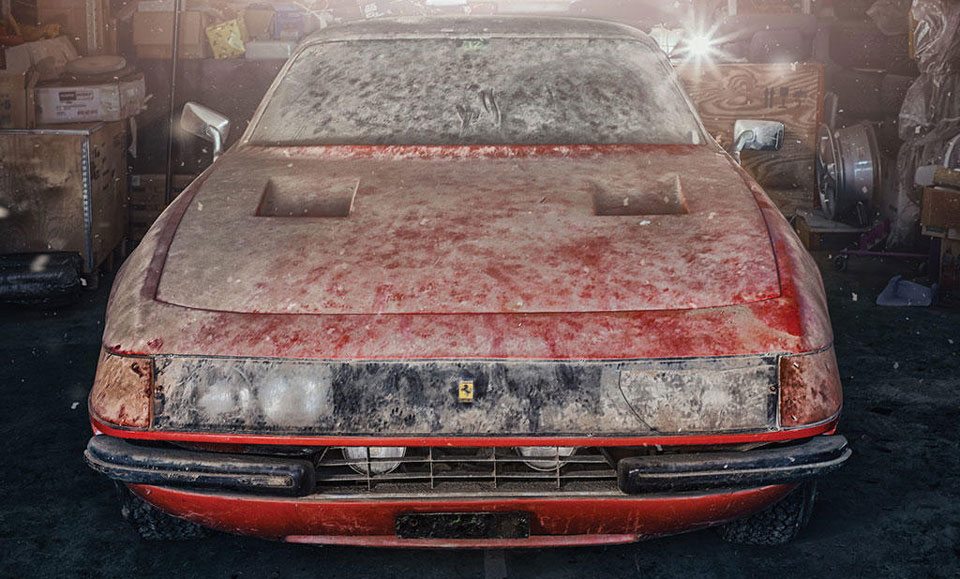 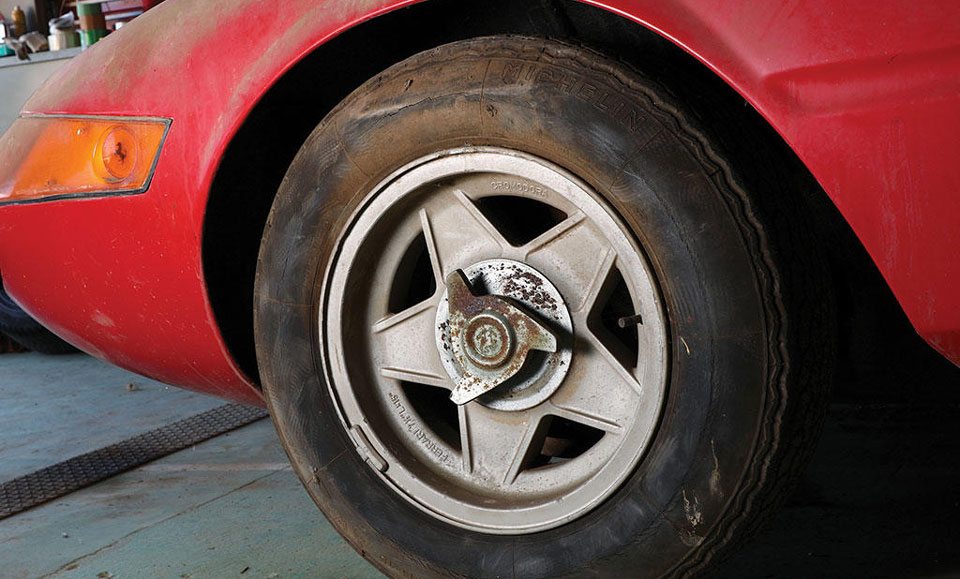