Brace Yourselves, Some Lunatic Has Created Fried Chicken Beer

Beer lovers have long harped on about the unique flavours of craft brews and boutique makers of liquid gold. The boundaries have been pushed…so they thought. 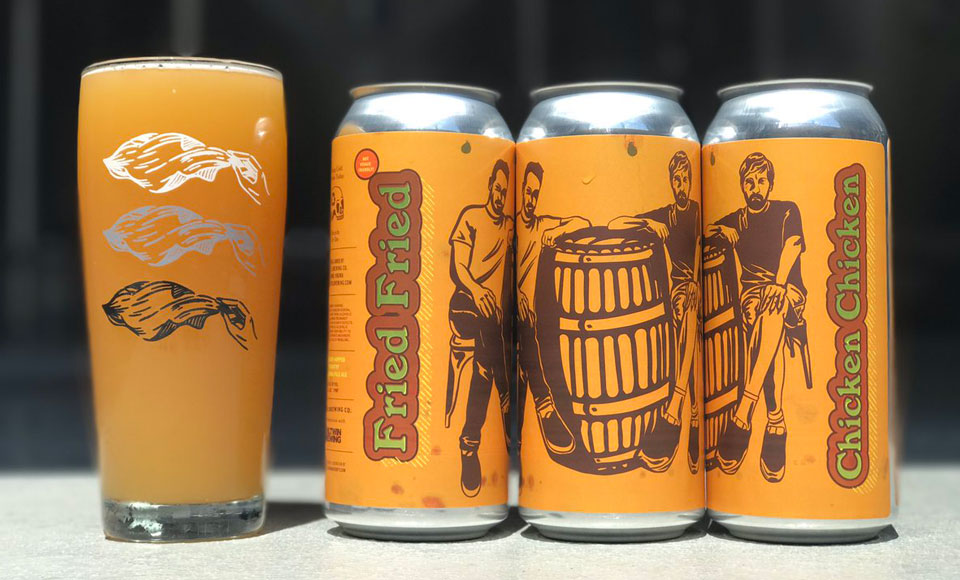 A collective of hedonistic brewers from the States have just created what was formerly unfathomable (and probably unwanted) – fried chicken beer. And no, we don’t mean the pint you usually have with your fried chicken. This beer has been fermented with fried chicken for a very, um, extra crispy taste.

‘Fried Fried Chicken Chicken’ was dreamt up by the Veil Brewing Co. from Virginia who collaborated with Evil Twin Brewing to pull off the impossible. And although there’s not a lot of actual fried chicken in it at 0.4%, there’s still enough of your favourite comfort snack to claim the crown as the world’s first Colonel-inspired schooner which tastes like chicken fat and hops blended with citrus and pine.

A representative from Veil Brewing Co. explains that the beer is created using fried chicken tenders from Chick-fil-A (an American fast food chain) before being added to their beer mash to extract the flavour. Don’t believe us? Check out the Instagram post from Evil Twin Brewing above.

It may look and sound gross but we know you guys would secretly love to see a Hot & Spicy version.

Maybe hold off on the gravy for now and read about the world’s coolest beers instead.