More interesting facts than you can poke a cucumber at.

Gather your collective distractions and bring them right over to our weekly hit of the world’s most pointless and awesome facts. From the truths of being a male sex worker to some of the weirdest fried chicken flavoured foods you’ll find, this is where peak procrastination parties in style.

Women Prefer The Smell Of Men Who Eat Fruit & Vegetables 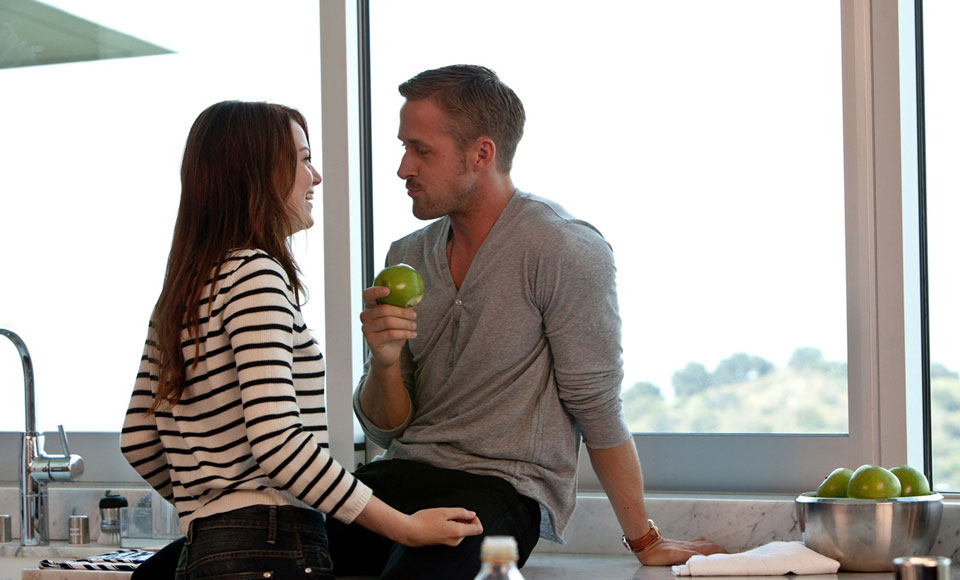 Apparently, an apple a day keeps the women in play

Men, prepare your bananas and cucumbers – whoa there, it’s not what you think. A study from psychology researchers at Macquarie University has found that men who employ a diet of fruit and vegetables smell more attractive to women when compared to those who have a high-carb, high-fat diet.

That’s right, what you eat could have a direct correlation to your sexual attractiveness for the opposite sex. According to the study’s co-author, Dr Ian Stephen, it’s true and it makes total evolutionary sense.

“We’ve known eating fruit and vegetables makes you look more attractive,” says Stephen, who specialises in evolution, genetics and psychology. The secret lies in fruit and vegetables which contain yellow/red pigments and carotenoids which in turn supports the human immune system and reproductive system.

“They get deposited in the skin and give us a slightly golden colour that makes us look more attractive. We also knew that odour is important for attractiveness too. Especially women smelling men, odour seems to be particularly important,” added Stephen.

“People who have genes that are good for your immune system tend to be perceived as smelling better…in the literature there has been a whole load of thinking around whether these immune genes are particularly valuable for women, so it’s possible that women are particularly sensitive to the way men smell because of this reflection of genes.”

The team tested this very theory by taking 43 non-smoking caucasian men between 18 and 30 who had their dietary intake and skin pigmentation measured. The yellow components of a subject’s skin colour would be an indicator to what fruits and vegetables they’ve been eating. The men were then ordered to wear white T-shirts for 24-hours without deodorant and sent for a run before coming back with sweat patches. The underarm portions were then cut out and given to 10 brave females to smell and rate.

What they found was that men who ate more fruit and vegetables gave off a more pleasant floral smell than those who went for carb-heavy foods and emitted a musty smell. Oddly enough, the study also found that men who ate a lot of fish smelled less attractive to those who were on a diet of meat, eggs and tofu.

“The bacteria that live on your skin then digest those chemicals – it’s essentially a metabolic output of the bacteria is what you smell and that is affected by what they eat.”

“Attractiveness is very closely related to health and if you want to improve how attractive you are there are things you can do about it and those are the same, boring things doctors always say which is eat some fruit and vegetables and do some exercise.” 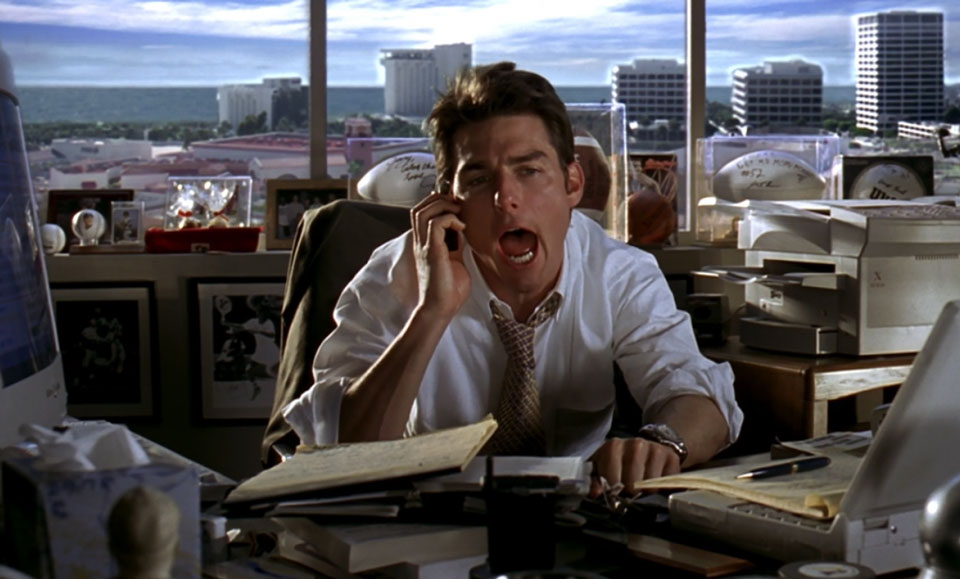 Show me the rent money

No one really likes to be that guy who constantly nags a flatmate for their lay rent. Thankfully there’s now an app for that. Easyshare is a platform which automatically collects money and pays rent or bills on behalf of flatmates.

The app was created by John Bush, a man who experienced first hand what it was like to manage finances in a sharehouse.

“We saw an opportunity to simplify sharehouse living for millions of Australians by offering a smarter, safer and stress-free way to manage finances for housemates. Our pilot phase confirmed there was a real need for something like easyshare,” said Bush.

The process of Easyshare is rather straightforward. Sign up, invite housemates, add rent details and every housemate’s share along with their choice of payment. From there your only issue will be if your offending housemate doesn’t have money in their account. In such a case, the app will try to retrieve payments up to seven times with each one allowing the offender to switch payment accounts or cards. There’s also a group notification feature which lets all housemates know if a bill is overdue.

Truths & Facts Of Being A Male Sex Worker

Most of us have regular day jobs. For the remainder of us there are careers that involves getting paid for sex. The Sun went ahead and spoke to a few of these men about why they got into the industry and what are some of the little known truths about male sex workers.

Fact 1: “I was a uni student, he was married with kids. It lasted for three years and I easily made at least £600 every month. Paid off all my student loans and I’m now debt free!”
Fact 2: “The clients were usually wealthy, high-end women over 35 years of age. Oldest client I took on must have been around 55.”
Fact 3: “The most common requests would either be: Dinner at a fancy restaurant, followed by drinks in some VIP Lounge, followed by spending the night at her hotel room.”
Fact 4: “Being her date at an event, her showing you off to her friends, basically acting as her boyfriend for the night. Then spend the night at her hotel room.”
Fact 5: “Go directly to her hotel room, have sex, then leave. I didn’t have many weird requests, no pervy stuff.”
Fact 6: “I’m a male sex worker and porn performer in Australia that’s been doing this job full time for the past four-and-a-half years. I only see female clients. Looks wise, I see everyone. All ages, from 20 up until nearly 70. All body shapes and sizes. If you’re working as a sex worker and you’re discriminating based on looks you’re not going to be very successful.”

Why Everything Is Fried Chicken Flavoured 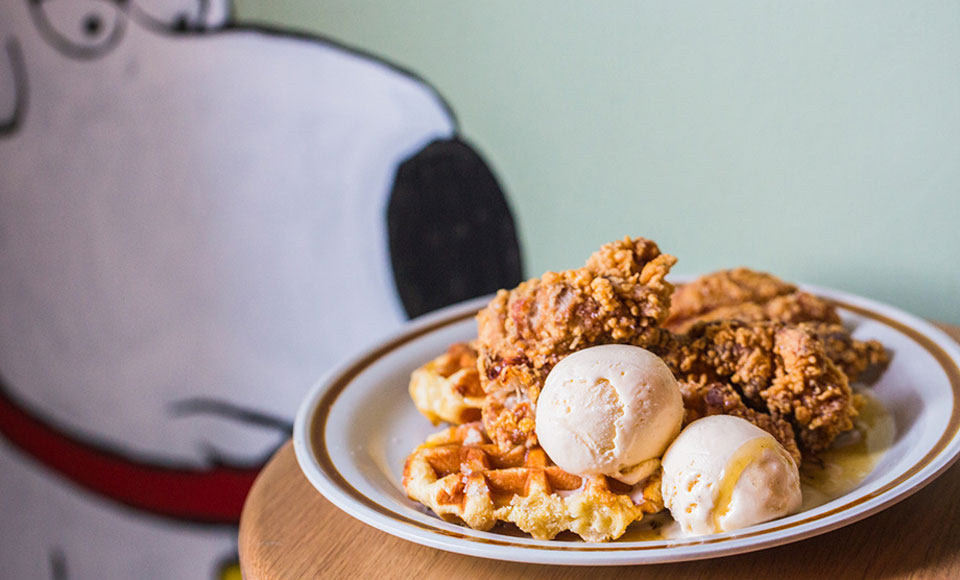 As for why fried chicken is riding the new hipster wave?

“Sometimes you’ve got to have fun: that’s the main reason we did it,” says Jeppe Jarnit-Bjergsø of Evil Twin Brewing. “But fried chicken is becoming a very cool thing to eat. Especially in the US: it’s so traditional that it’d be like people in the UK flavouring things with shepherd’s pies. That’s how exciting people find it.”