This Nordic Nation Is The Orgasm Capital Of The World

A frolic amongst the fjords could give your sex life a boost. 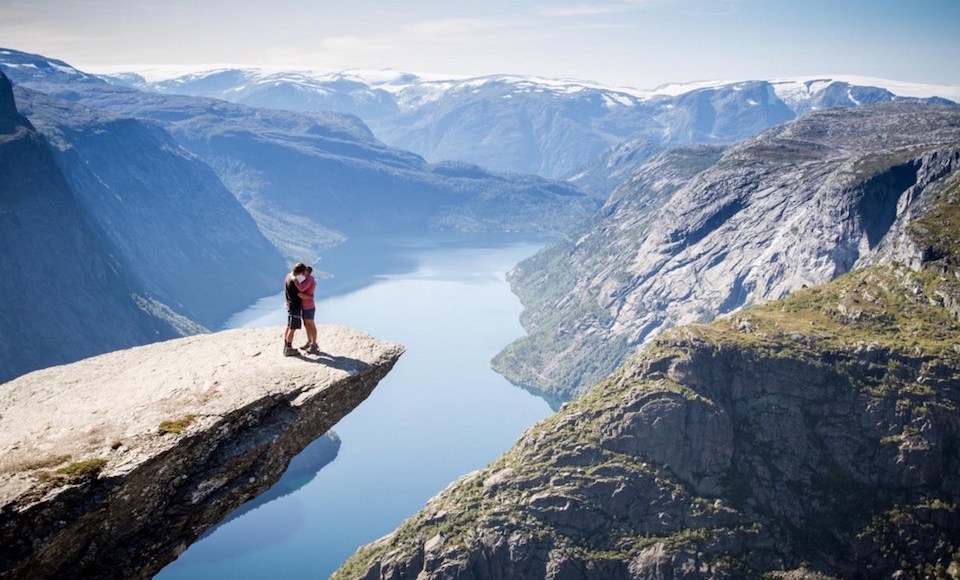 The 2017 World Happiness Report named Norway the happiest country on the planet, and now we know why: it’s also the world’s orgasm capital.

Norwegians reported the most orgasms overall, with 35% claiming they climax at least once a day. To put that into perspective, only 11% of Brits climax once a day, 41% of Swedes orgasm 2-3 times per week (a number that aligns with the global average), and 2.54% of Germans say they’ve never had an orgasm at all.

Australians are also amongst the quietest climaxers, with over a third (34.78%) saying they prefer a tight-lipped approach to making love. But don’t worry, Australia, it’s not all bad news: though they may be quiet and weak, Australia ranked 3rd in frequency of orgasms.

The Portuguese are the most modest climaxers, with 42% claiming they are usually quiet. The Dutch are next. At the far – far – other end of the scale, Brazil is the noisiest nation in bed by leaps and bounds.

Sixty-five percent of Brazilian respondents claimed to be screamers, with orgasm capital Norway in second place at 39.9%. Considering what a vibrant and beautiful nation Brazil is, we’d say they have every reason shout it from the hilltops (or wherever they prefer to get it on).

RELATED: These Are The 20 Healthiest Countries In The World