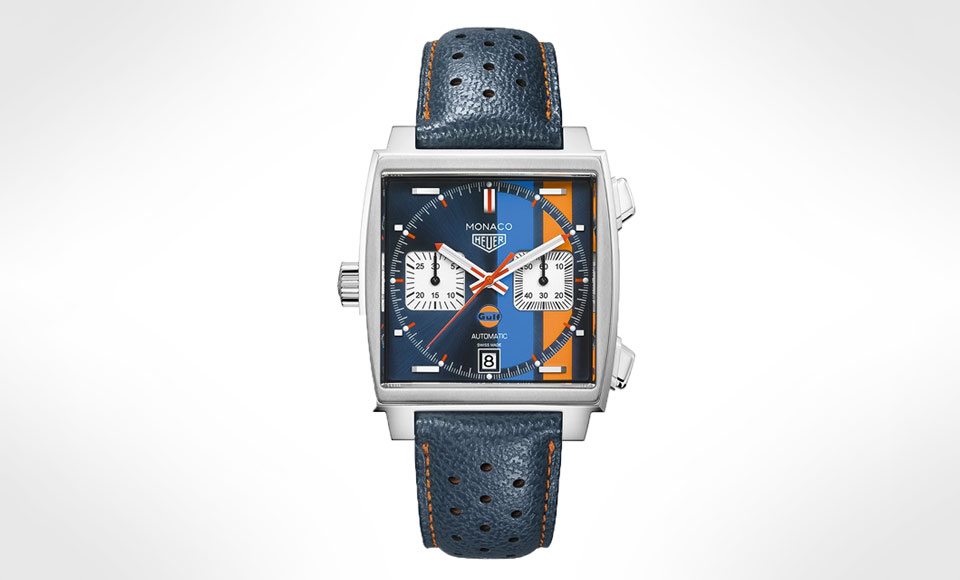 The square-cased timepiece comes as a celebration of the 50th anniversary of the Gulf Racing stripes, a name and colourway synonymous with dominating on the world’s premiere race tracks. In its latest iteration the Monaco wears the legendary blue and orange racing stripes paired with a small Gulf logo on the watch’s dial.

This colour combination extends throughout the timepiece to the blue perforated leather strap and accented orange stitching. Actor and car aficionado Steve McQueen wore the original Monaco 1133B Calibre 11 automatic timepiece himself in the 1971 film Le Mans, so you can say that this watch has today come full circle.

The Monaco Gulf Special Edition will come in a 39mm steel case which houses the Swiss made TAG Heuer Calibre 11 automatic. This movement drives the hours, minutes, seconds and twin square chronograph counters at the 3 o’clock and 9 o’clock mark. There’s also a date window at the 6 o’clock marker just below the Gulf logo.

The circular indexes ion the dial meanwhile are rhodium plated and polished with white Superluminova for low light legibility. On the usability front the timepiece features a power reserve of 40 hours and 100 metres water resistance.

This special edition timepiece is currently only available in the United States and will officially be released on September 15 for a RRP of US$5,900 via TAG Heuer America. 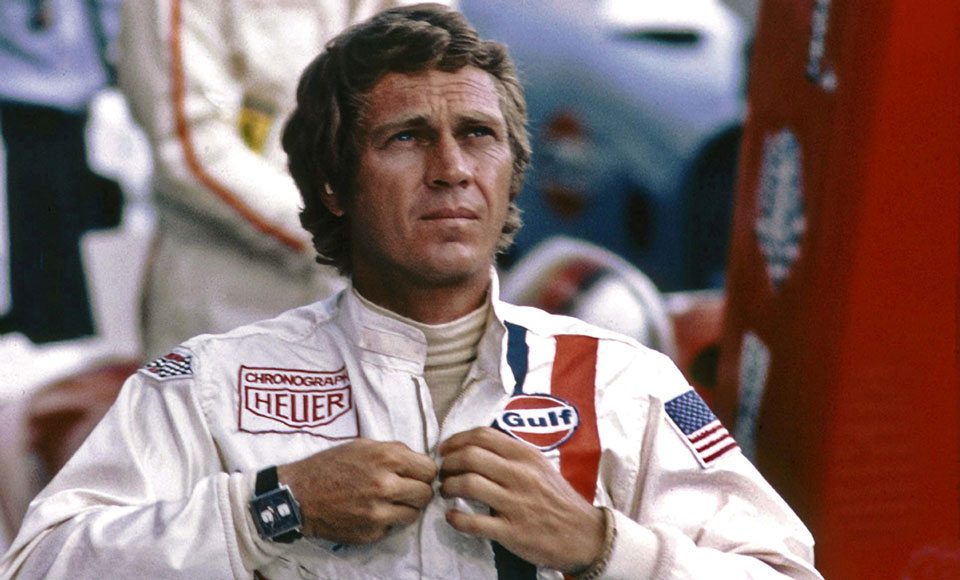