If James Bond can sip on his Martini across twenty-five different films then surely Harrison Ford’s Rick Deckard of Blade Runner fame can also have his signature drink of choice. Whisky neat, of course. 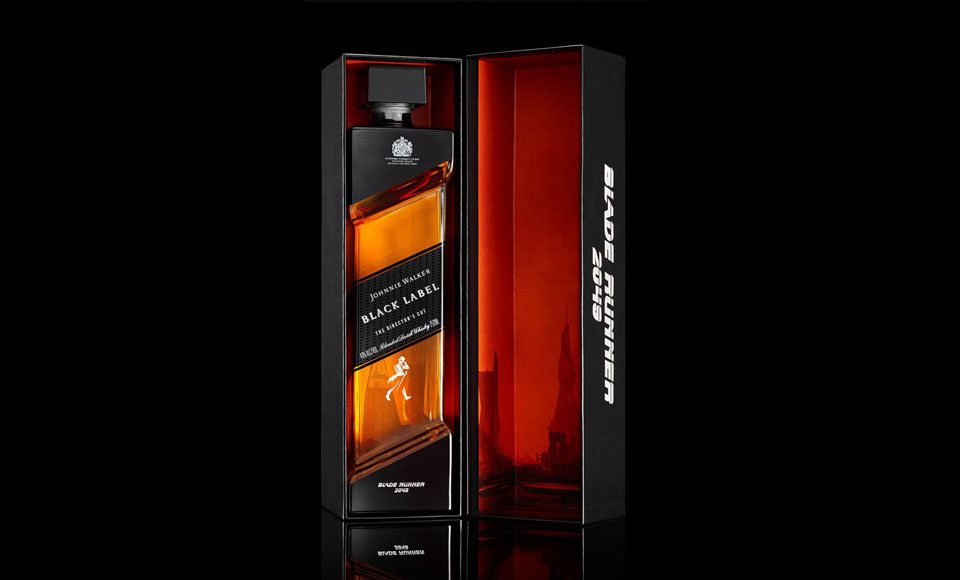 Blade Runner officially landed in theatres 35 years ago and during that feature there was a small cameo from a Johnnie Walker Black Label.

Fast forward to 2017 and Blade Runner 2049 is now at our doorstep, with Ryan Gosling and Jared Leto at the helm whilst Ford returns alongside his trusty drop which now looks cooler than ever being toted around by the retired cop.

That bottle is more than just a prop though. To truly honour the iconic film, Johnnie Walker wanted to create a blend that gave a nod to the future palate as well as its dystopian aesthetic which reflected the new film.

The blend uses Johnnie Walker Black Label as its base but adds a contemporary twist to it with distinct notes of dark, rich, and smooth with “clouds of smokiness and a touch of femininity”.

Furthering the whisky maker’s homage to the film is an ABV level of 49% (2049) and a futuristic bottle which is an exact replica of the one used in the latest film.

Those keen to score a piece of cinematic history will need to move quick though as only 39,000 bottles will be produced with an American retail price of $89.99.