Okuda San Miguel’s colourful pop surrealism has transformed public spaces around the world. Stepping into one of the Spanish artist’s pieces is like walking through a portal to another dimension, one ruled by geometric shapes, psychedelic characters, and riotous hues.

Okuda’s latest project brought him to France for the LaBel Valette Festival in Presigny-les-Pins. A hundred artists gathered to transform a late 19th century chateau during the weekend-long gathering, with Okuda getting the honour of painting the entire exterior.

He’s dubbed the creation Skull in the Mirror. The mural sports his trademark the-brighter-the-better palette, with a mix of playful polka dots and more angular designs wrapping around window frames and canvassing arched doorways. The dramatic tableau comes together on either side of the building to form two kaleidoscopic skulls.

“In this more mature period of my career, to travel and transform space around the world is one of my major sources of inspiration,” Okuda says of the piece. “The feedback with other cultures has made me feel alive, which is reflected in my creations, which always have a positive outlook.”

Okuda is well known for his immersive interventions that give forgotten spaces new life as large-scale graffiti havens. Previous projects include revitalising an abandoned church in Morocco and turning a Spanish church into a skate park.

Watch the artist in action in the video below, courtesy of Chop ‘Em Down Films. 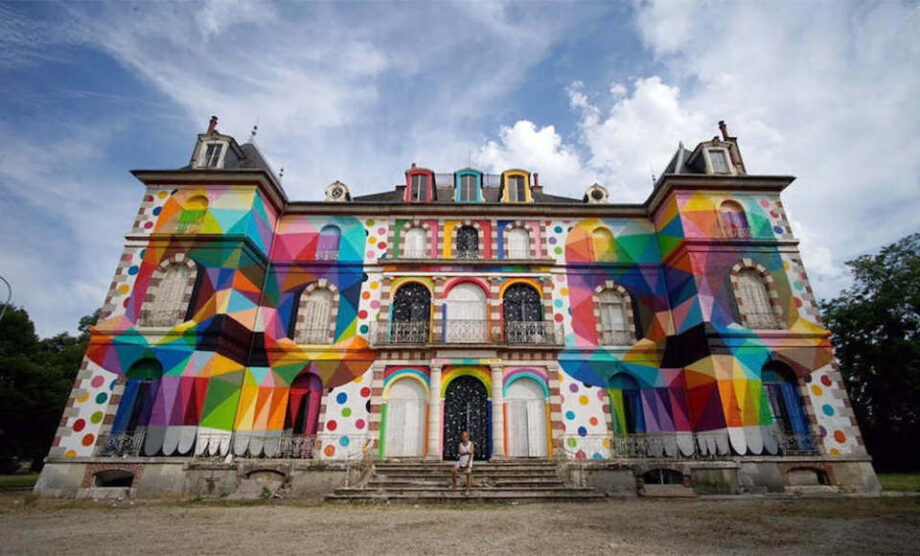 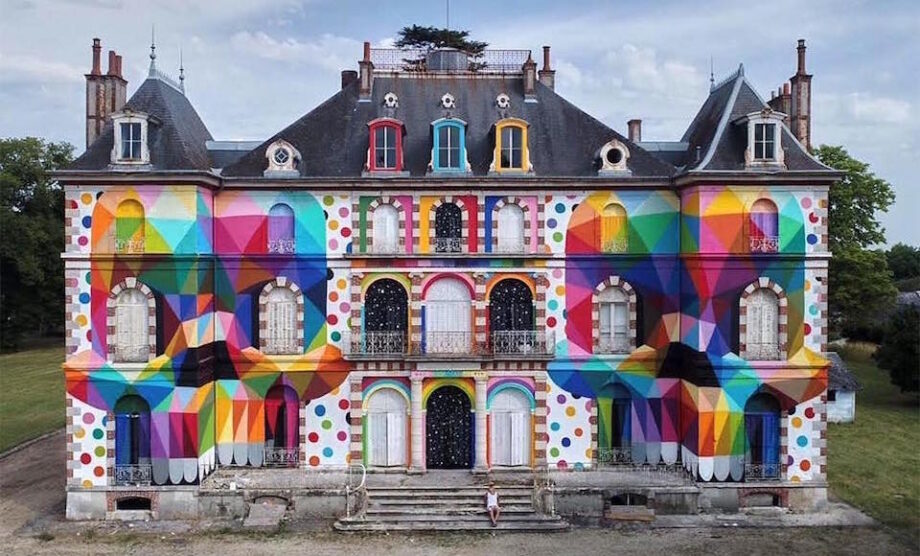 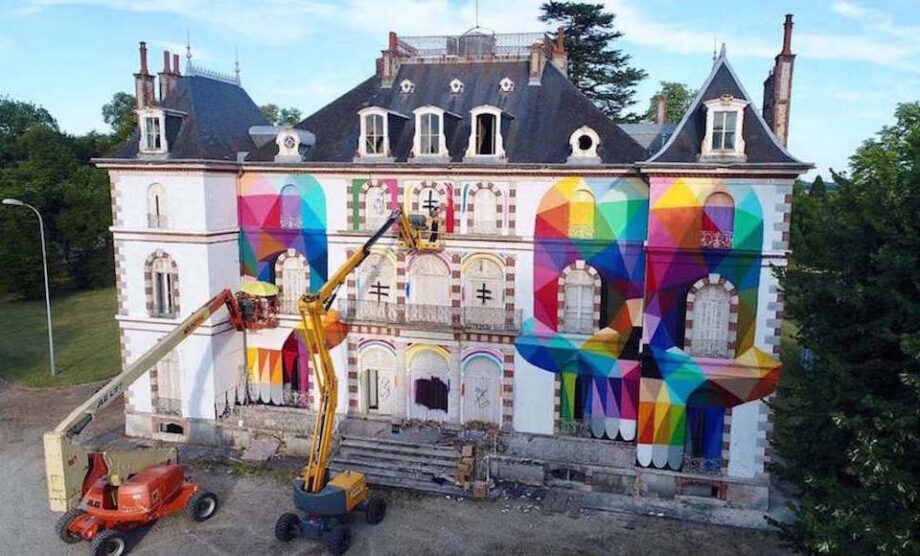