That tingle down there could be worse than you think.

Balls. They’re pretty darned important to men these days, an observation that came to head when Frenchman Arthur Menard sat down with a few friends to discuss testicles over dinner. 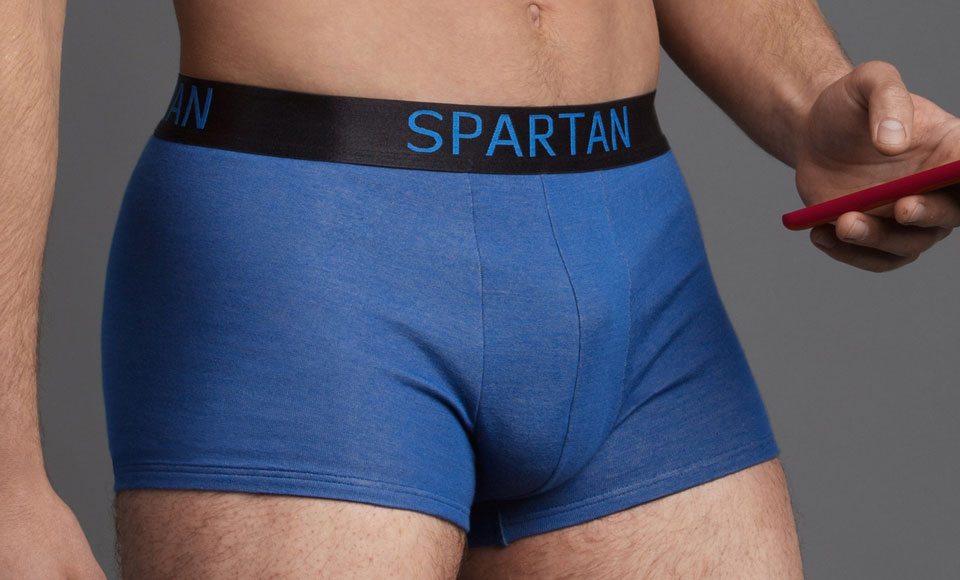 Always swim between the flags

Whilst it may sound like the lead up to a crude joke, rest assured that this is actually a story about entrepreneurship and innovation. After chatting away with said friends, Menard finally came to the idea of Spartan underwear – a high-tech pair of briefs specifically engineered to protect a man’s jewels and sperm from the radiation which permeates today’s digital society.

Think Wi-Fi, smartphones, smart watches and any other modern device which emits electromagnetic radiation and your sperm’s fertility rate basically has something to worry about (according to past studies).

At the moment the hard evidence linking radiation with lower fertility rates have yet to be confirmed, but there’s no doubt that sperm count has definitely been on the decrease amongst western men over the past forty years.

“The high-tech garment borrows inspiration from the radiation blocking devices such as microwaves and space suits.”

Paired with the fact that men aren’t going to give up their smartphones anytime soon, Menard and his co-founder Pierre-Louis Boyer devised an audacious plan to bring sperm and smartphones together into a single harmonious world.

Spartan underwear was born. The high-tech garment borrows inspiration from the radiation blocking devices such as microwaves and space suits. The idea itself is based on the Faraday cage, a concept discovered by Michael Faraday back in 1836.

This silver intertwined cotton essentially forms a cage around a man’s package, blocking it from any electromagnetic field to ensure the wellbeing of your grandchildren within.

What it won’t protect you from though is a swift swipe of of the gonads by a flying object or worse, a head-butting child. But we digress. Menard chose the silver/cotton fabric make up because it’s more comfortable than regular fabric, has natural anti-bacterial properties and boasts up to 99% radiation blocking.

Those keen on trying out a pair of these high-tech sperm savers can do so via Spartan’s crowd funding page or website. Each pair costs between Prices range from $47 and $60 which puts it squarely in the region of Calvin Klein albeit with added peace of mind.