There’s nothing like a summer holiday, so why not have one all year round?

Warmer climes are only a flight away, so forget about packing layers and fighting peak season crowds. These destinations dish out summer vibes for all twelve months, and you won’t have to shell out a fortune to enjoy them. 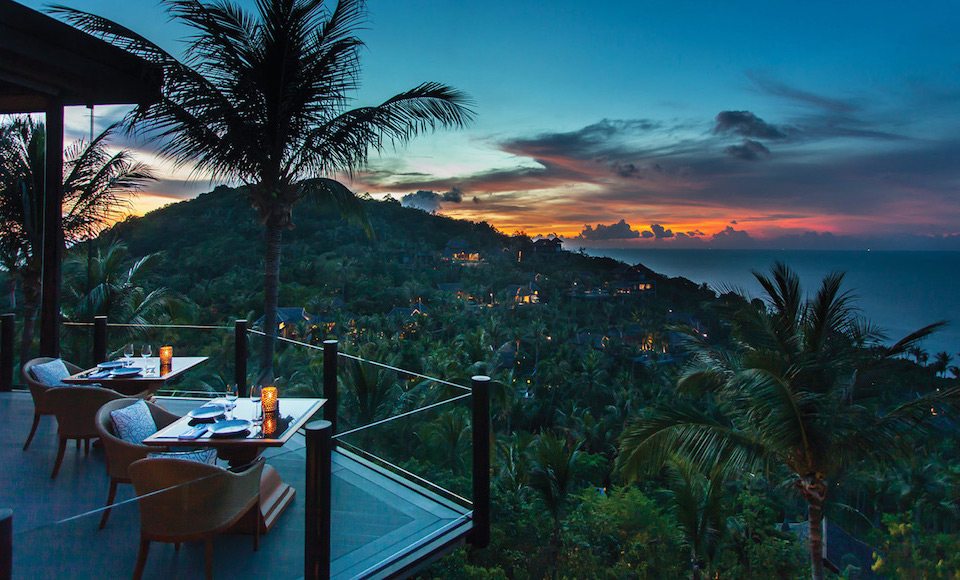 Thanks to its proximity to the equator, Thailand’s temperatures vary little over the year. January sees the perfect mix of warm days, mild nights, low humidity, and little chance of serious rainfall. Start on the west coast, along the Andaman Sea, which is at its best earlier in the month. Phuket, Krabi, Koh Lanta, and Koh Phi Phi are popular destinations. The islands off the Gulf coast peak later, so head east to Koh Samui, Koh Phangan, and Koh Tao towards the end of January. Although the balmy weather makes this a prime time to visit Thailand, the country’s affordable prices make it an achievable budget destination all year round. 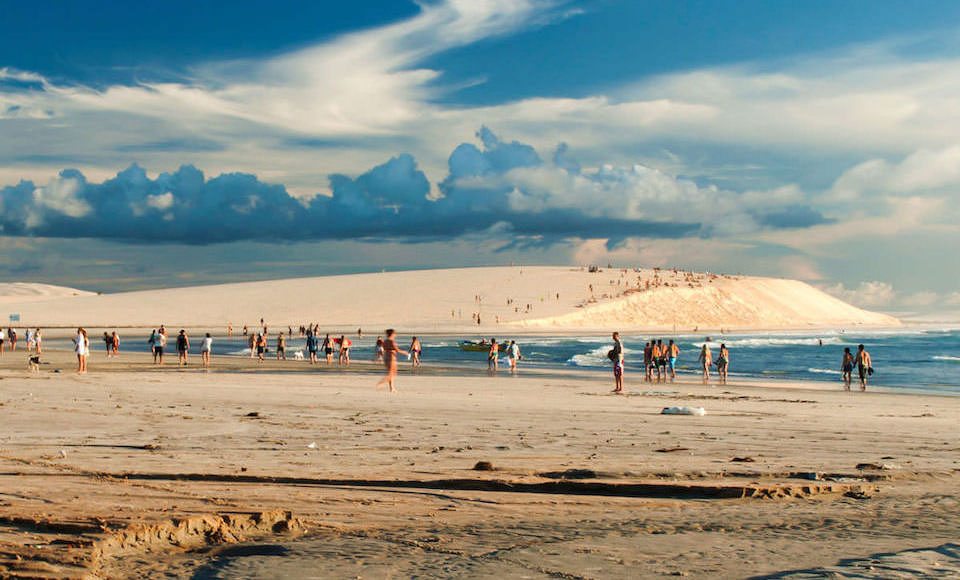 What would a holiday in Brazil be without regular visits to its famous beaches? From Copacabana to Ipanema to Jericoacoara, February is an ideal time to take in the sun, surf, and skimpy bikinis this nation is known for. Carnival storms the streets of Rio in the middle of the month, but the first two weeks are a bargain, and there’s plenty to explore for cheap outside of the major cities. Flooding from the rainy season makes February an exciting time to travel to the Amazon and see Iguazu Falls at its most powerful, and the country has no shortage of dreamy stretches of sand to scout. Try Baia do Sancho, Alagoas, Praia de Pipa, and Prainha Beach for starters. 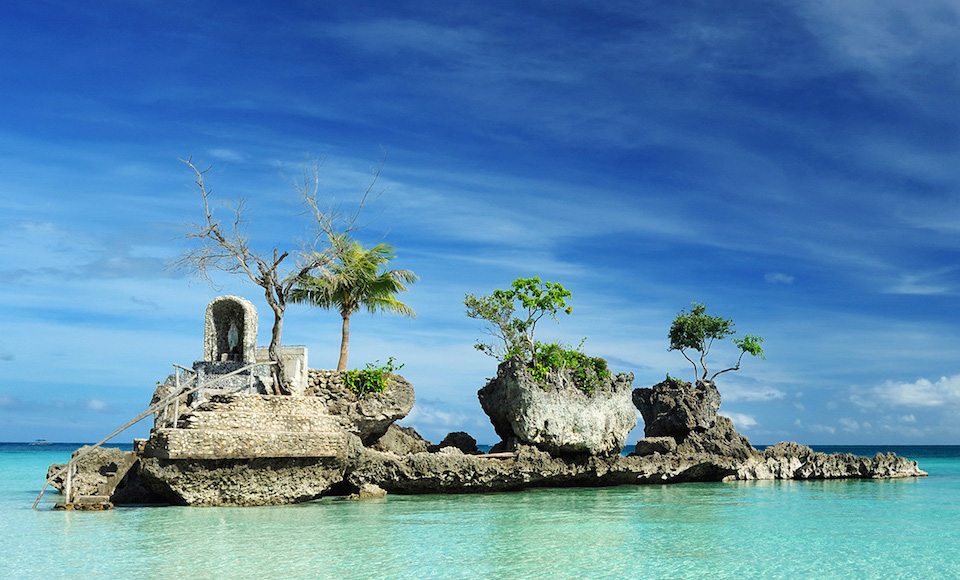 March is the middle of the dry season in the Philippines, and its temperatures are summery-bordering-on-scorching. Boracay is famous for its beautiful beaches and rousing parties, but recent hype has brought a tsunami of tourists to the tiny island. Your March may be better spent on one of the country’s other 7,000+ islands. Palawan is a stunning choice if you still want island atmosphere, or for land-based adventures, try the rice terraces of Banaue, the caves and trails of Sagada, and tarsier-spotting in Bohol. 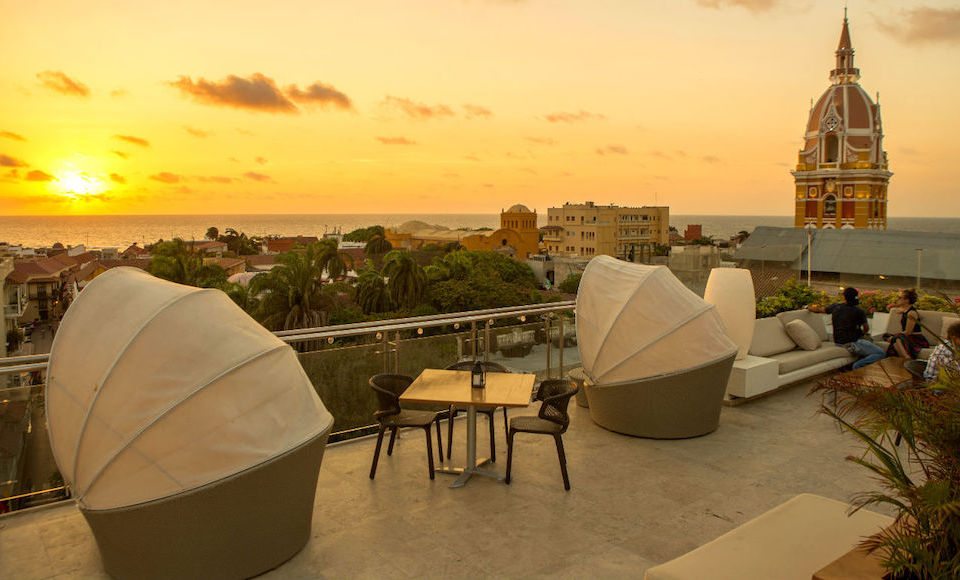 Colombia is blessed with equator-adjacent, consistently pleasant temps at all times, but with rainy season starting in May, April is an ideal time to visit without a poncho. The winter crowds have also largely tailed off by April, leaving hotel prices low and famous sights uncongested. You’ll find particularly pleasant weather along the Caribbean coast. Cartagena is a great budget destination with a colourful historic district surrounded by 13km of centuries-old stone walls. Beyond its colonial charms, Cartagena also offers easy access to nearby beach resorts and the Rosario Islands. 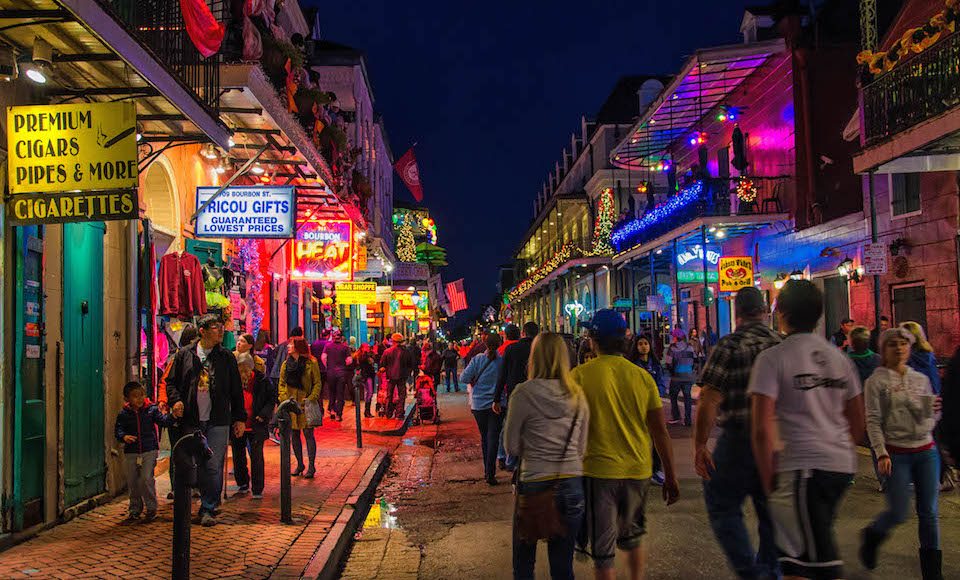 New Orleans is more than Mardi Gras. May falls between the city’s raucous Carnival season and its muggy and sticky summer, and boasts several important festivals of its own. For foodies, there’s a crawfish cook-off and the New Orleans Wine and Food Experience. For music lovers, there’s the Bayou Boogaloo, the Bayou Country Superfest, and the end of the legendary Jazz Fest. For culture vultures, there’s the Tremé/7th Ward Arts and Culture Festival. And for everyone, there’s some of the finest (and surprisingly affordable) nightlife, food, and drinks to be had anywhere in the country. 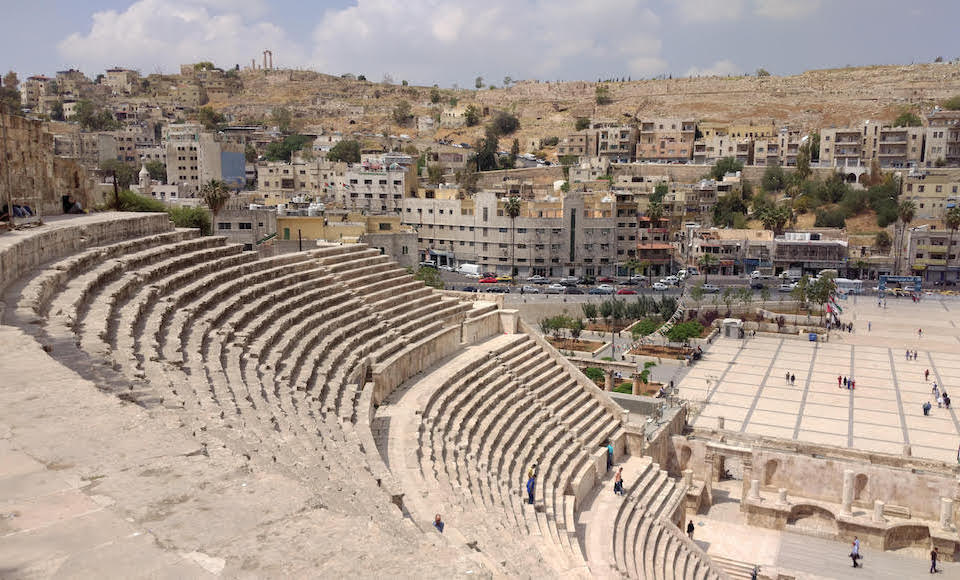 Jordan calls in June. The real heat of summer has yet to hit and rain is nowhere to be seen, but Amman maintains a toasty temperature and the hills can catch cooler breezes. Downtown Amman is packed with mosques, souqs, coffeehouses, and Roman ruins, while elsewhere the city boasts modern malls and art galleries. The capital is also a convenient jumping off point for Jordan’s most famous attractions, the vast desert wilderness of Wadi Rum and the ancient carved city of Petra. For true heat seekers who want to experience summer in the extreme, the Dead Sea and Aqaba have been known to top 45°C. 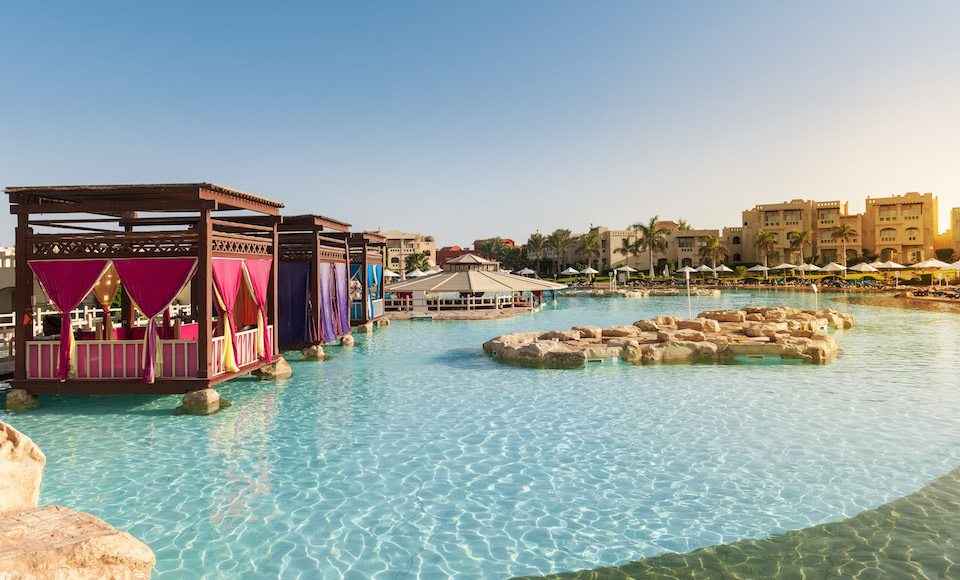 You want heat? We’ll show you heat. Egypt’s blisteringly hot summer is only for the brave, but it’s guaranteed to give you the fresh-out-of-the-oven tan you’ve been longing for. The coast along the Red Sea is ruggedly beautiful and offers excellent scuba diving or snorkelling. Popular beaches and resorts include El Gouna, Taba, Marsa Alam, Sahl Hasheesh, and Sharm El Naga. The once-bustling resorts of Sharm El Sheikh are quieter following a decade of political turmoil and a deadly plane crash in 2015, but if you’re not the type to be scared off, skittish tourists have caused prices to plummet in the holiday city. 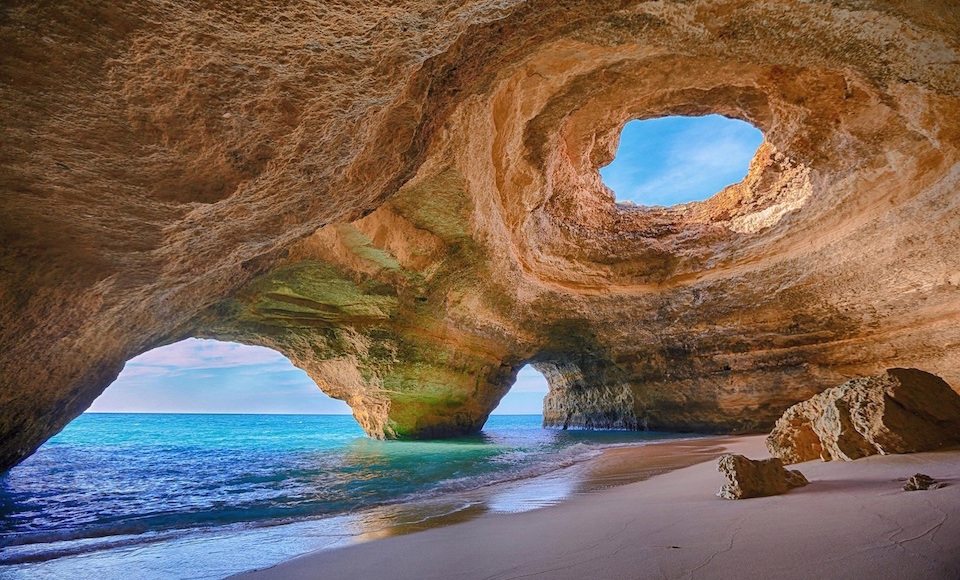 The question isn’t if you should visit Portugal in August. The question is where. The Mediterranean country remains one of Europe’s most affordable destinations, even in the capital of Lisbon. You’re looking at endless sunshine everywhere and cool breezes if you’re on the coast, plus all outdoor pools and river beach facilities open for official swimming season. Visit Parque Nacional da Peneda-Gerês for cinematic scenery, Porto for design and wine, Évora for pristinely preserved history, and the Algarve region for postcard-perfect beaches and golden cliffs. 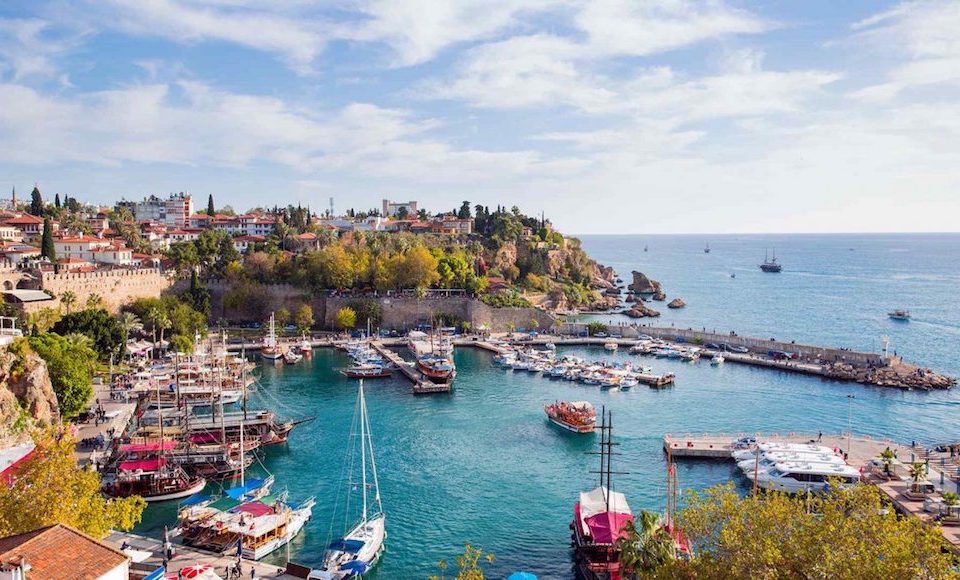 September may well be the best month to visit Europe for the sun-seeking budget traveller. Many of the cheaper cities in the south still have warm weather, and the crowds have thinned out from their August peaks. Head down to Antalya in Turkey for a classic Mediterranean climate and beach resorts just outside the city – Konyaalti Beach to the west, Lara Beach to the south. Within Antalya, a visit to the charming old quarter of Kaleiçi is a must. The city is also a good base for day trips to nearby archeological sites and the region’s many first-rate golf courses. 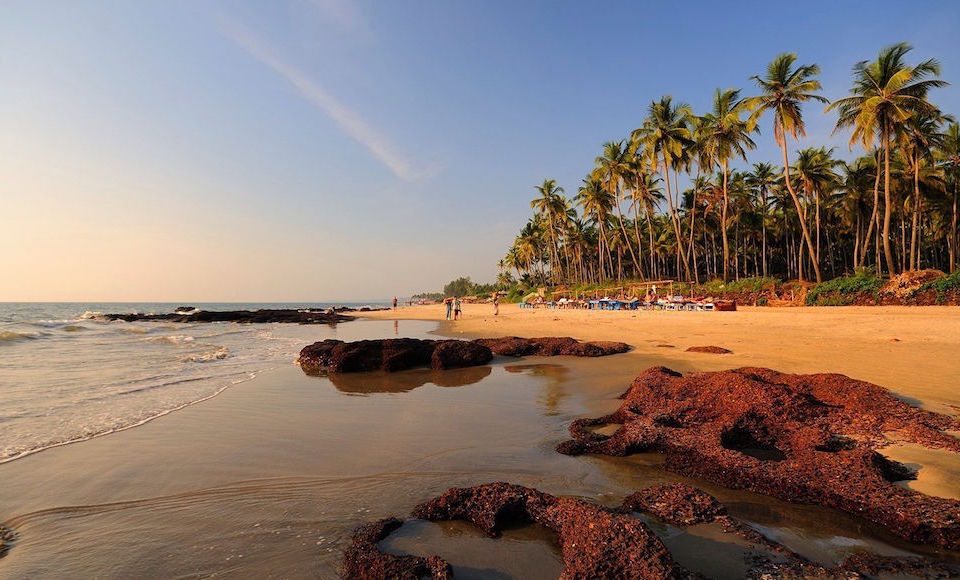 With monsoon season over and clearer skies overhead, the holiday season kicks off in India in October. A variety of festivals and national holidays fall during this month, including Dussehra, Diwali, Gandhi Jayanti, Ramnagar Ramlila, and the Pushkar Camel Fair and Balloon Festival. Go to Goa if you want to top up your tan and get a side of spirituality. October is the first month in Goa when rain isn’t much of an issue, but the tourist masses don’t arrive until November and December. Deals are easy to come by despite the inviting weather. 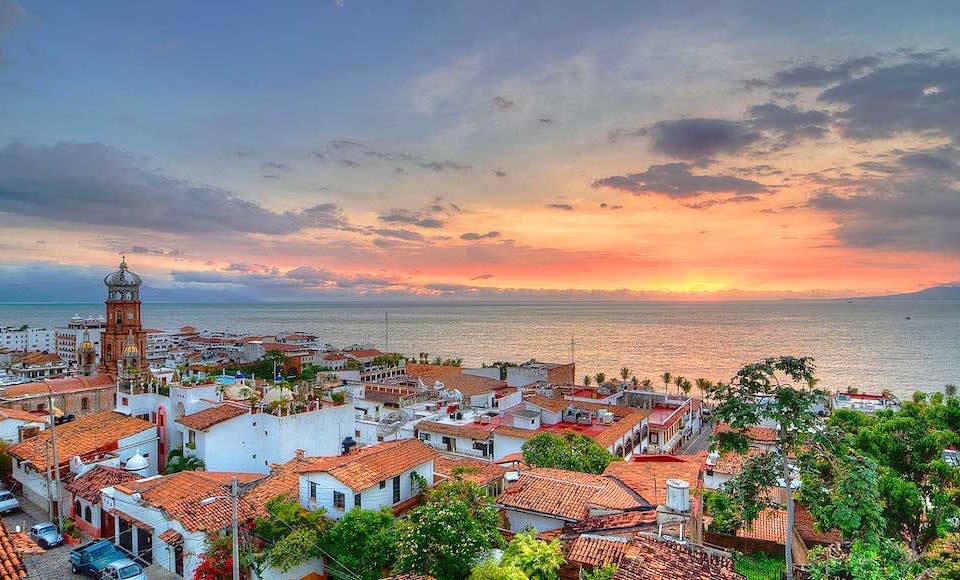 Cancun. Puerto Vallarta. Mexico City. Playa del Carmen. You have your pick of temperate places to go in Mexico come November. The mercury has dropped from its sizzling summer peaks and the dry season has just begun, but the days are still ripe for beaching and inland exploring. The Yucatán Peninsula, which separates the Caribbean Sea from the Gulf of Mexico, sports tropical conditions and the popular resorts of Cancún and Playa del Carmen. November also hosts some of the Day of the Dead celebrations, the Score Baja 1000 off-road desert race, and the commemoration of the Mexican Revolution. 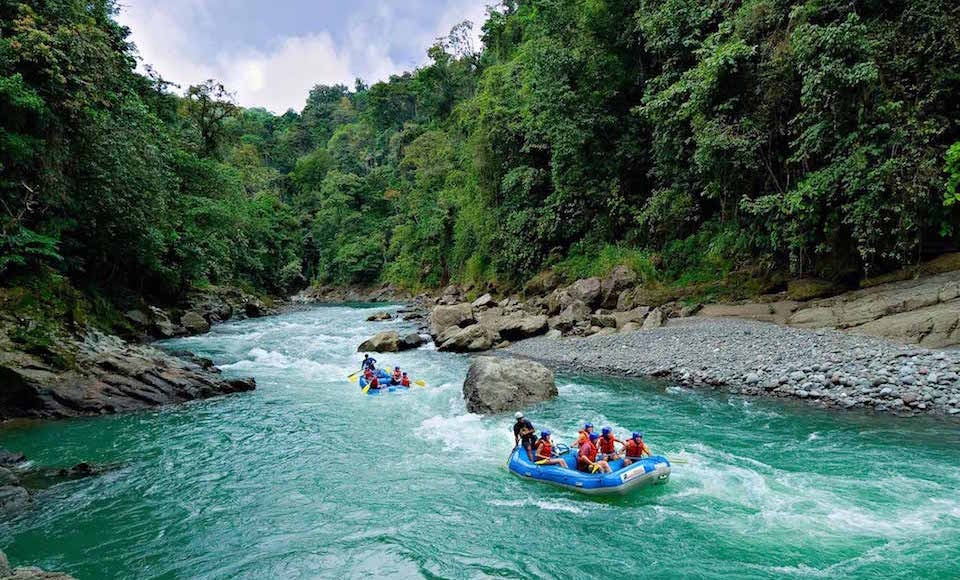 There are no signs of a white winter to be found in Costa Rica. Early December marks the tail end of the rainy season, meaning lower prices and occupancy at hotels but little real threat of a holiday-ruining downpour. It’s the perfect window in which to experience the rainforests, beaches, trails, waterfalls, white-water rivers, and ziplines before they’re plagued with Christmas and New Years tourists. Costa Rica is a tropical choose-your-own-adventure land where outdoor exploits, adventure travel, and eco-tourism are the order of the day.