Google have officially unveiled their full line up of smart devices today with minimal hype and fanfare – and that’s a good thing.

At a refreshingly conservative event held at their San Francisco HQ, the tech giant unveiled the Google Pixel 2 and larger Pixel 2 XL alongside a host of other smart devices which includes a big speaker, a small smart speaker, a laptop, a VR headset, a pair of wireless earbuds (smart, obviously) and a smart camera. One can assume with this arsenal that the search engine giant is going after Apple at its own game.

So what’s Google’s secret weapon? Their devices are designed to learn from its user in order to bridge the gap even further between technology and a human’s lifestyle.

Here’s what you need to know about the Google Pixel 2 along with a wrap of the other key devices you’ll actually use.

The greatest smartphone camera ever. That’s a big statement to make but according to DxOMark, the leading reference for image quality, the Google Pixel 2 packs the best camera ever to be found in a smartphone.

The Pixel 2 receives the same 12.2MP camera as the first model but now gets an added portrait mode to put it in line with the iPhone 8 Plus. The front facing 8MP camera also get portrait mode. As an added bonus, users won’t have to choose the larger Pixel 2 XL model for superior picture quality as both models will come with the exact same camera specs.

Will its vibrant imagery be enough to make any seasoned pro blush? Probably not, but it will definitely be a very welcomed addition. Beyond the camera the Pixel 2 will come with 5-inch OLED screen for the standard model and a 6-inch pOLED 18:9 display for the XL. The device will run on Android 8.0 Oreo whilst being backed up by a Qualcomm Snapdragon 835 processor.

On the practicality front the phone will feature water and dust resistance from a metal unibody construction with a  streamlined glass panel at the camera section. A USB-C port will support rapid charging to provide 7 hours of battery life for just 15 minutes of charge. The earphone jack is now also gone.

Google Assistant and Siri’s arch nemesis will be built into the Pixel 2 which comes in 64GB and 128GB storage capacities. Cloud storage will be unlimited for users.

Google’s take on the premium laptop is an entirely standalone affair from the typical Chromebook. The new device runs on Chrome OS and is powered by either an Intel Core i5 or i7 processor. 8GB or 16GB of RAM ensures haste of operations whilst there’s 128GB of storage on hand.

For ample viewing Google have appointed a 12.3-inch multi-touch display alongside two USC-C ports, a larger trackpad and keys. The Pixelbook can also double as a tablet with a simple flip of the screen which should complement the new and optional Pixel Pen (stylus) quite nicely.

On the design front the Pixelbook features an all-glass back panel and a thickness of just 10mm. As with the smart theme, Google Assistant is also in-built.

Australian pricing and release date is yet to be confirmed but expect it to be north of the American RRP of $1,272. 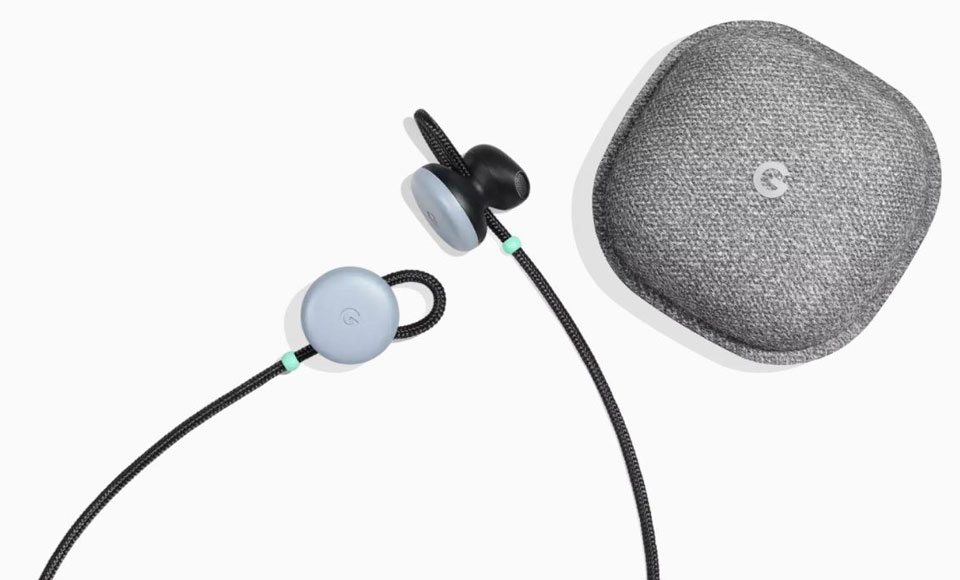 Apple Airpod, meet your competition. No headphone jack means wireless music on the Pixel 2 platform and they won’t be cheap.

Our biggest gripe here is that these “wireless” earphones which command $249 a pop are actually connected with a wire so that it’s harder to lose. This essentially makes them no different to any other wireless Bluetooth earphone on the market today which likely boasts superior sound quality.

They do however have Google Translate built in which means you can eavesdrop on foreigners and hear their translated conversations.

In its simplest form it’s a 10cm smart speaker with Google Assistant. It is affordable too at $79.

Basically a bigger and more capable version of the Home Mini, the Home Max boasts twin 13cm subwoofers and tweeters suited for more bass-heavy tunes. Google Assistant is also built in and will retail for roughly $500.