In the world of really, really, ridiculously expensive whisky, you’d think you had seen it all. You’d be wrong. 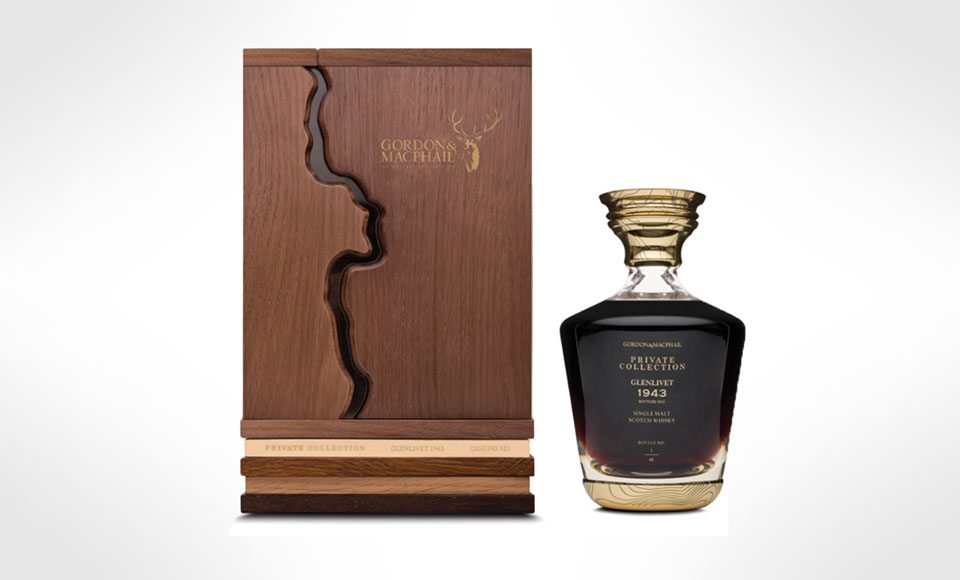 Probably don’t mix this one with Coke

Scotch whisky maker Gordon & MacPhail have released the holy grail of their prized collection with the Private Collection Glenlivet 1943 – a 74-year-old drop which is undoubtedly one of the rarest and most expensive whiskies on the market today.

This particular pot of liquid gold originates from the Glenlivet Distillery during the height of the Second World War, a time where only a handful of Scottish distilleries were still producing whisky. On the 14th of January 1943, Cask 121, a first fill Sherry hogshead selected by John and George Urquhart, was filled with new-make spirit and carefully stowed away at the distillery. It would spend the next 24 years of its life there before relocating to Gordon & MacPhail’s warehouses in Elgin in 1967.

The whisky would reside there for another 46 years before the cask was finally selected by John Urquhart’s great-grandson to be emptied and bottled on the 11th of June 2013. Not any old bottle would suffice though. Gordon & MacPhail have presented this revered whisky in a bespoke hand-blown glass decanter featuring gold engravings that reflect the landscape of its birthplace.

This limited release is further bolstered with an impressive hand-crafted wooden box which mimics the flowing waters of River Spey that opens up to the goods.

The flavour profile of Glenlivet 1943 is said to be that of a nose of coffee, milk chocolate, wood spices and burnt orange. There’s also a fine palate of treacle, burnt caramel, Sherry and stewed fruit.

Want one? Each bottle of the Private Collection Glenlivet 1943 by Gordon & MacPhail will retail for £30,000, or approximately $50,000 Australian dollars.

You can mortgage your home and register your interest here.