Gucci Has Officially Banned Fur From Its Collections

Gucci has officially ruled out fur from all of its future collections. The move comes as part of the Italian luxury brand’s allegiance with the Fur Free Alliance which will see the controversial material disappear from its garments starting from its Spring/Summer 2018 portfolio. 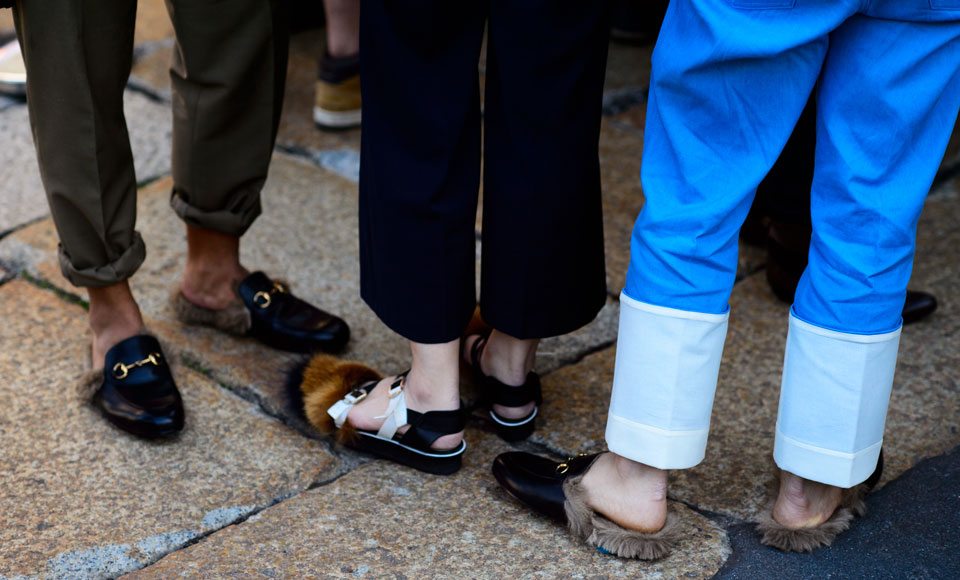 Chief executive and president of Gucci Marco Bizzarri told BoF that it made the decision to reinforce the company’s stance on exploiting and killing animals for fur as well as establishing a wider sustainability plan.

“Do you think using furs today is still modern? I don’t think it’s still modern and that’s the reason why we decided not to do that. It’s a little bit out-dated,” Bizzarri told BoF.

“Creativity can jump in many different directions instead of using furs.”

The surprising announcement means that Gucci will now join brands like Calvin Klein, Ralph Lauren, Tommy Hilfiger and Armani who have all put a stop to using fur in their garments. Gucci itself is synonymous with using fur in its signature loafers but Bizzarri thinks that this ban won’t impact the business too much. Fur products are worth roughly €10 million to the brand annually and Bizzarri says that materials like faux-fur, wool and new fabric innovations should be able to compensate for this.

Additionally, the ban could even grow Gucci’s younger consumer base with millennials who are now more ethically-sound than ever, according to research from Deloitte. Gucci has seen a resurgence in recent times with millennials making up more than half of its consumers today – a 40 percent jump in the past two years. Holistically, this will also feed into attracting the right talent to building the brand’s future.

“I need to do it because [otherwise] the best talent will not come to work for Gucci,” Bizzarri added.

The decision was finalised with the help of Gucci’s creative director Alessandro Michele who Bizzarri additionally praised.

“Fashion has always been about trends and emotions and anticipating the wishes and desires of consumers. [The best creative directors] are able to anticipate, to smell something outside before anybody else. Fashion and modernity go together.”