These Jobs Attract More Psychopaths Than Any Other Professions

Is Brad in accounting a secret Bateman? Your industry may provide a clue.

Your boss may seem out of his mind when he asks for new coversheets on all the TPS reports five minutes before EOD on a Friday, but what are the odds he’s an actual psychopath? Kevin Dutton, psychologist and author of The Wisdom of Psychopaths: What Saints, Spies, and Serial Killers Can Teach Us About Success, has the answer. 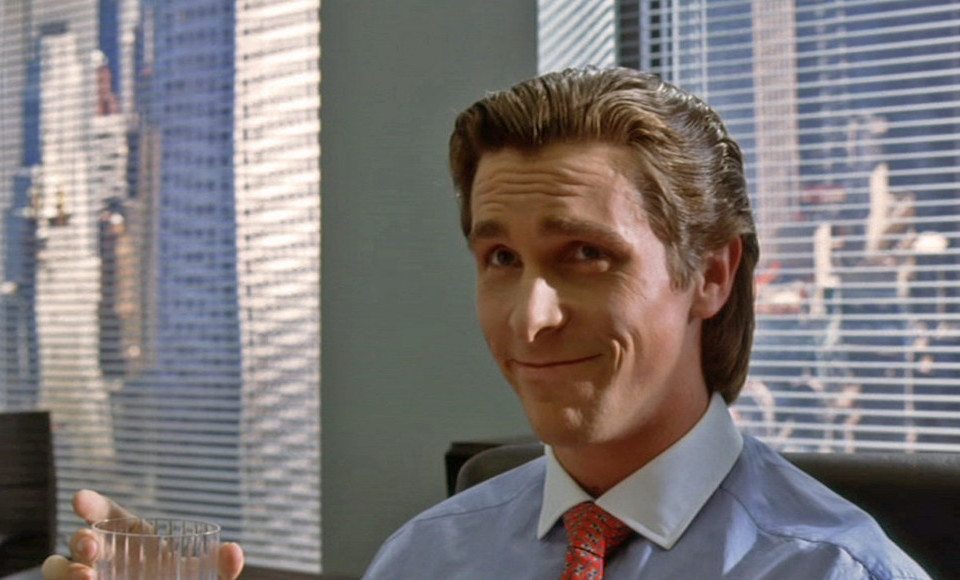 I have to return some videotapes.

Dutton analysed thousands of subjects through the Great British Psychopath Survey, evaluating for psychopathic traits like shallow emotions, lack of guilt or empathy, manipulativeness, irresponsibility, impulsivity, antisocial behaviours, and egocentricity. He found some jobs are more likely to attract people who meet the criteria to be considered psychopathic, while other jobs appear to be notably unattractive to psychopaths.

Before we get to the lists, it’s important to note that a psychopath isn’t necessarily a person who feels compelled to kill others (though who amongst us has not toyed with the idea during a particularly dreary all-hands meeting?).

Psychopathy, in most cases, is merely defined by characteristics like those listed above, such as the absence of empathy or an inability to identify with others. Dutton has said that ”a number of psychopathic attributes [are] actually more common in business leaders than in so-called disturbed criminals — attributes such as superficial charm, egocentricity, persuasiveness, lack of empathy, independence, and focus.”

That may explain why these are the 10 jobs that have the highest concentration of psychopaths:

And these are the professions with the least psychopaths:

The research gets even stranger. According to Dutton, the same traits that can lead to a diagnosis of psychopathy – ruthlessness, charm, focus, mental toughness, fearlessness, mindfulness, and action – can actually be advantageous under certain circumstances, provided they don’t go into overdrive.

One of his survey respondents called it “a medicine for modern times.” Dutton shared part of their exchange in an article for Scientific American:

“If you take it in moderation, it can prove extremely beneficial. It can alleviate a lot of existential ailments that we would otherwise fall victim to because our fragile psychological immune systems just aren’t up to the job of protecting us,” wrote the respondent. “But if you take too much of it, if you overdose on it, then there can, as is the case with all medicines, be some rather unpleasant side effects.”

The key, Dutton says, is context. People who have too many of these traits, expressed too strongly, and all at the same time, have the makings of a Patrick Bateman or a Hannibal Lecter. A more moderate expression of psychopathic traits, however, can offer significant benefits. The triple whammy of charm, focus, and ruthlessness can set a strong foundation for long-term life success, while a psychopath’s tendency to live in the moment can arm against anxiety and bring joy.

Dutton is now out to answer a correlated question at the forefront of psychopathy research: Are high levels of certain psychopathic traits ‘functional’ in certain types of professions? Are there useful, adaptive personality characteristics associated with being a ‘good’ psychopath?

If you’d like to help uncover the answer, he’s now running a follow-up study and looking for participants: The Great British Good Psychopath Survey.