Bringing the unique taste of native Australia to the world.

Australian whiskies have been on the market for some time now but none of them have put to use the full spectrum of native Australian grains until now. 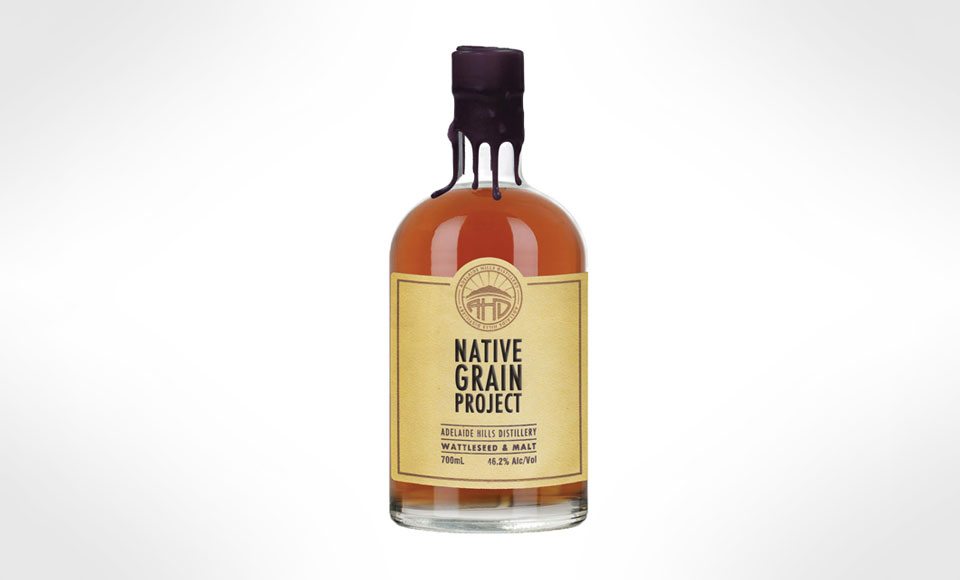 Adelaide Hills Distillery, the team who took out this year’s title for the world’s best gin at the American Distilling Institute Awards have been quietly tinkering away at their first ever whisky project.

RELATED: The Best Australian Gins You Have To Try

Just earlier this month the South Australian distiller released a limited preview of its Native Grain Spirit, a drink which is created from barley malt and wattleseed, the latter of which is an edible seed found in 120 species of Australian Acacia that has traditionally been used as a food source amongst Indigenous Australians.

The reception to Native Grain Spirit was swift, with the small batch of nine-month-old spirits selling out via their website within days of its launch. Whilst the initial run of the spirits came in 700ml bottles at 46.2 per cent ABV which sold for $120, there will soon be a second batch for those who missed out on that initial allocation.

The second release will be aged for 12-months and become available by the end of the year of early 2018. More importantly though, Native Grain Spirit will be officially sold as whisky once it has spent more than two years ageing in French oak barrels brought over from the neighbouring Howard Winery.

Sacha La Forgia who is the head distiller at Adelaide Hills Distillery told IN Daily that his ultimate goal was to produce a whisky made entirely from native Australian grains.

“My biggest concern was that because we’re breaking from tradition so much, I thought people might get a bit upset and riled up, but they haven’t at all.”

“It’s quite a big experiment what we’re doing, so we wanted to get it out and see what people thought.”

“It’s very new – no one’s ever done it before – so we wanted to make sure people would accept it and get behind it; we didn’t want to wait two or three years and have everyone hate it.”

“My biggest concern was that because we’re breaking from tradition so much, I thought people might get a bit upset and riled up, but they haven’t at all.”

Given that the company’s 78 Degrees Gin has already won international acclaim, it’ll be interesting to see where the native whisky route takes the distillery.

“When I made gin I took a winemaker’s approach,” explained La Forgia.

“So I made it all around the blending, so when I started making whisky I used a gin maker’s approach of starting with a blank canvas and building layers of flavour on top. You do that with the way you distil it, the grains you put in the mash and the barrels you use.”

The task wasn’t as straight forward as one would think with La Forgia going through a lengthy process to determine which native Australian grains fermented and distilled the best whilst retaining a distinct note. The wattleseed eventually won out

La Forgia said he went through a long process of experimenting with native Australian grains to figure out the best ways to ferment them, distil them and extract flavour, before settling on wattleseed.

Only one issue stands in the way for now and that’s the limited availability of wattleseed which is sourced by a single native food company who aren’t too keen on increasing its supply to the distillery.