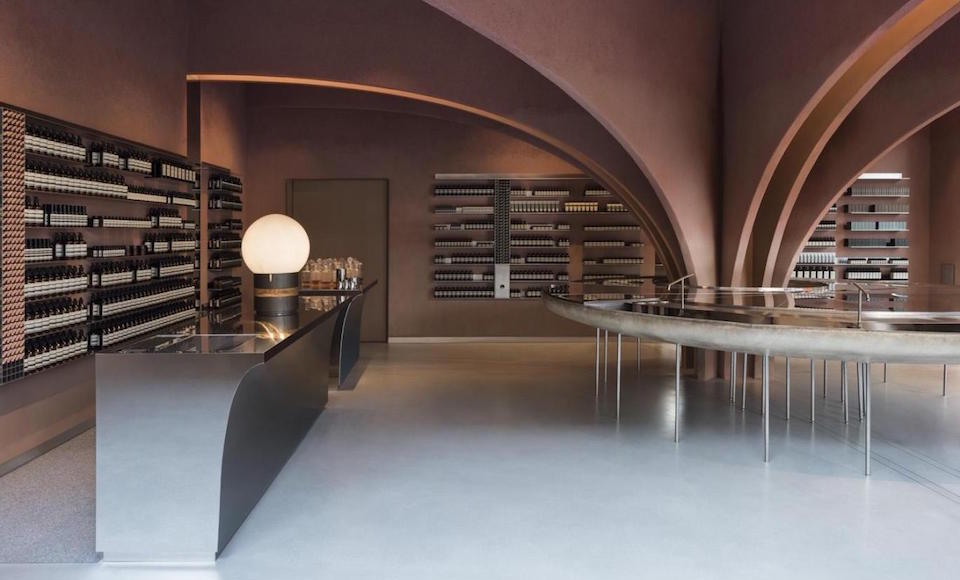 The Australian skincare experts at Aesop are known for creating some of the most luxurious grooming products in the game. They’re also beloved for their keen eye for design, displayed magnificently on every minimalist package and in each of its 100+ unique retail stores around the world.

The latest shop to join that prestigious line-up has opened in London’s trendy Chelsea neighbourhood. Created in partnership with long-term Aesop collaborator Snøhetta, the new UK flagship was inspired by classic James Bond films, and may well be the city’s most photo-worthy shopping experience.

Snøhetta transformed the 108-square-metre industrial property in Duke of York Square with a dramatic departure from Aesop’s usual neutral aesthetic. Twelve soaring arches define the space, stretching from a centralised column to the perimeter walls, designed in tribute to the concrete forms used by Brazilian modernist Oscar Niemeyer.

Surrounding the column is a disk-shaped sink with a polished stainless-steel top and fibre-glass base, creating the illusion of a “hovering water mirror”. As in all Aesop stores, the sink is designed to be the focal point of the space – the interior’s natural meeting point.

Snøhetta swapped Aesop’s usually understated colour palette for something a bit more bold – a clay-based plaster, washed in a pale red shade the brings warmth to the store’s sweeping and futuristic architectural structure. The brand’s apothecary-style brown bottles are displayed on metal shelves and niches along the walls.

“The contrasts created by the rough surfaces of the walls against the soft, polished expression of the clear stainless-steel shapes, the play with color gradients, as well as the changes in light throughout the space, all underline a sense of depth to the design,” explained Snøhetta. “Combined with the traditional arches and futuristic elements such as the sink, the design aims to trigger customer’s sense of curiosity.”

Aesop Duke of York Square is Snøhetta’s first permanent project in the UK and Aesop’s largest store in Europe. Expect to see it popping up on the feeds of your favourite Insta-influencers asap. 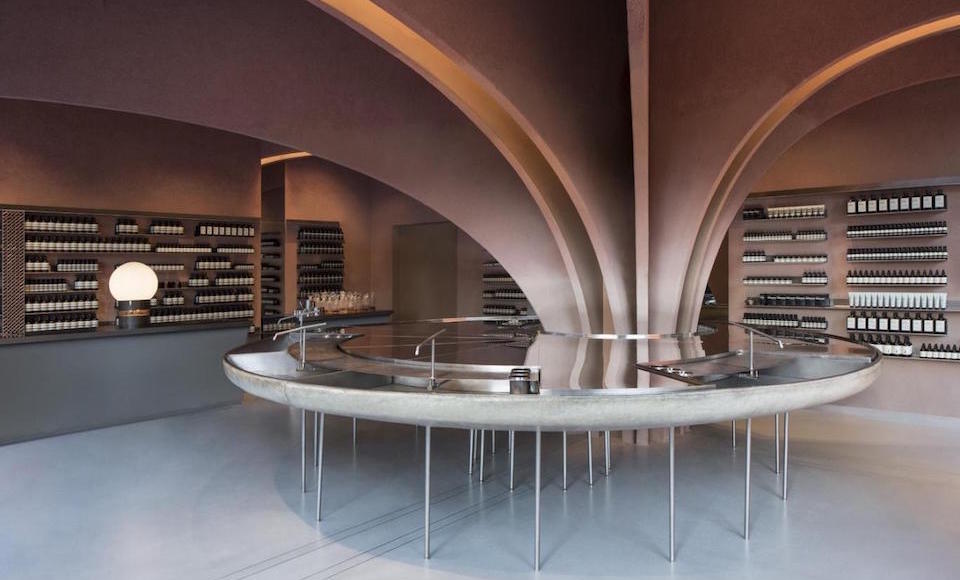 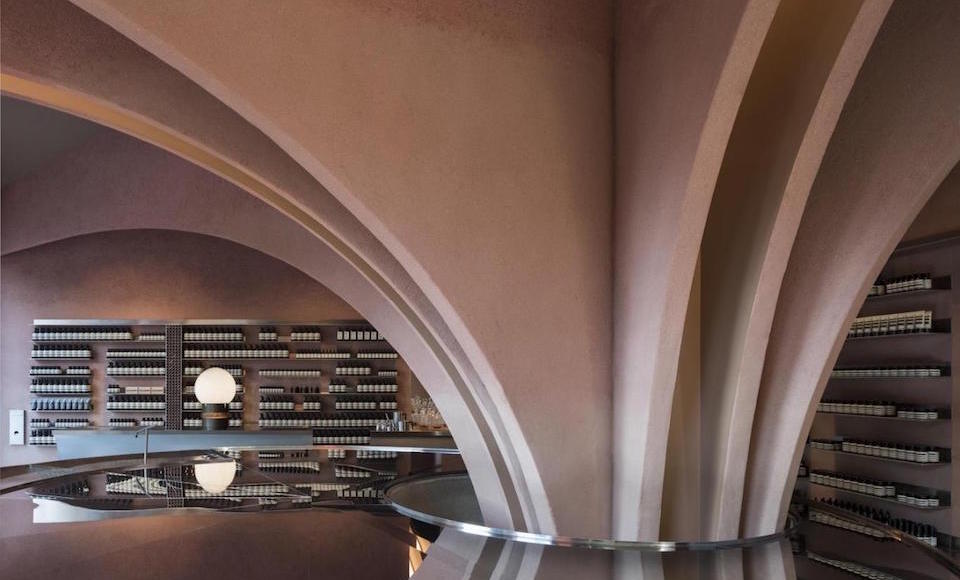 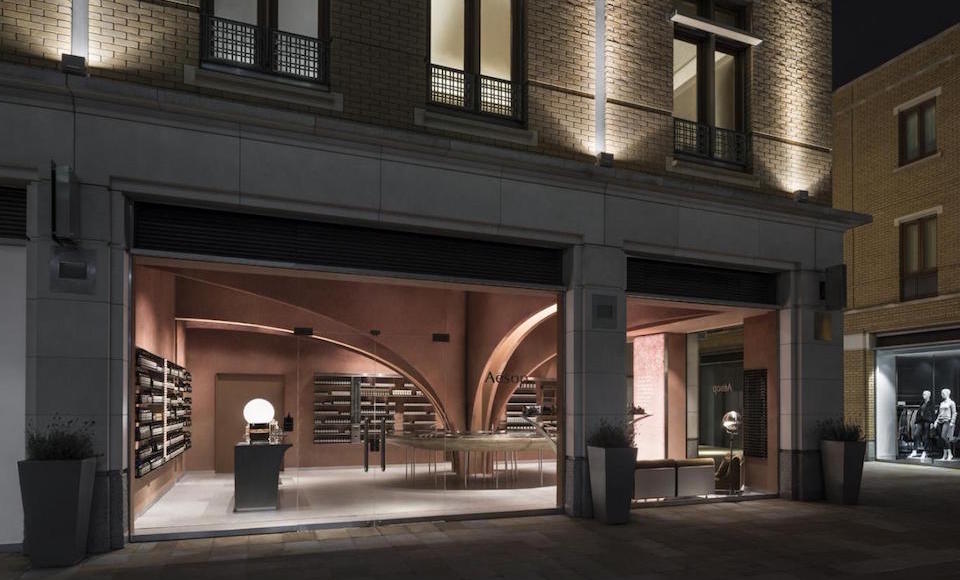