The cure for your winter wanderlust.

Every winter, the forecast is the same: frigid weather and a mass of snowbirds fleeing it.

But not all travellers dream of sun-soaked paradises when the mercury drops. Some prefer the unique charms of cooler temps – the crisp air, the seasonal events, the thinned-out tourist hordes – while some destinations are simply at their best under a blanket of snow.

Whether you’re in the market for a Christmas-saturated wonderland, warming drinks after a day on the slopes, or just off-peak prices, these are the best escapes for year-round winter adventures. 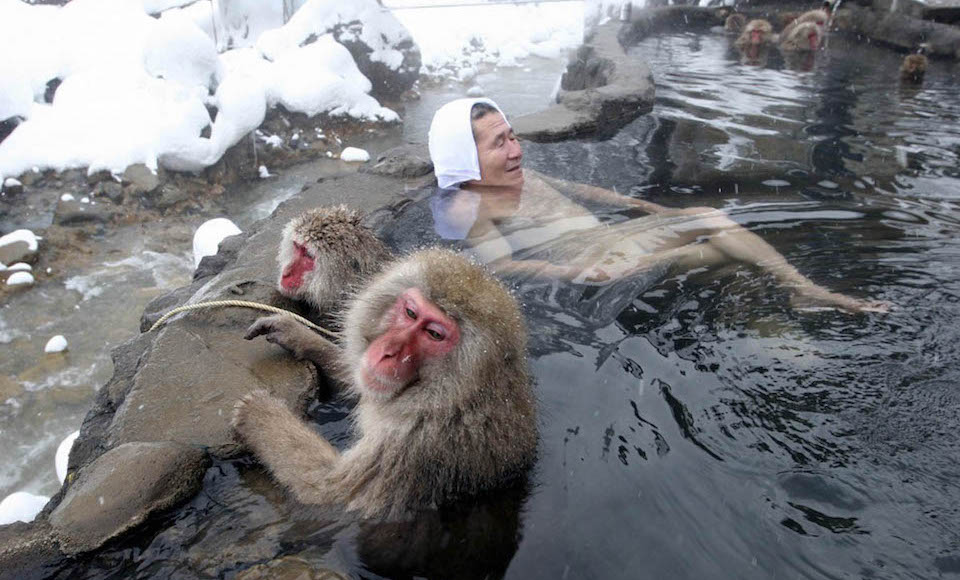 Japan may not jump to mind first as a winter destination, but snow sports lovers know better. The country is home to some of the best powder in Asia, and with more than 500 resorts to choose from, you’ll never run out of slopes. After a long day of skiing or snowboarding, do as the Japanese do: retire to an onsen, a traditional hot springs bath, to relax your taxed muscles. If athleticism is not your strong point, snow-covered temples are a highlight of Japanese winter, as are the bathing macaques at Jigokudani Monkey Park. 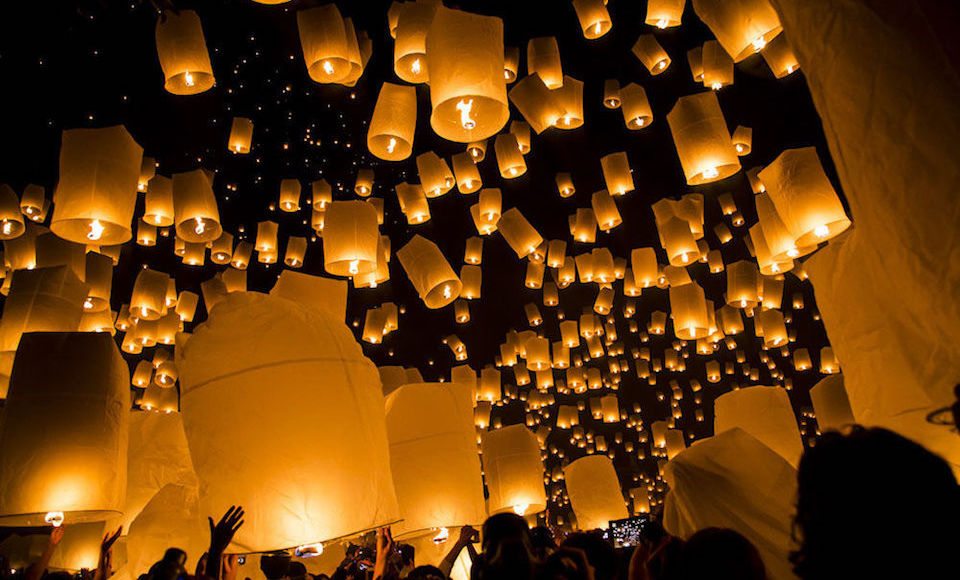 Anyone who’s scrolled through Instagram’s travel community is sure to have seen this dazzling sight. Taiwan’s annual Pingxi Sky Lantern Festival sees thousands of glowing rice paper lanterns released into the night, carrying handwritten wishes, prayers, and vows for the future in honour of Chinese New Year. The local government also hosts carnivals, folk performances, lantern-making workshops, and other cultural happenings. The exact dates of the new year’s period vary according to the Chinese lunar calendar, but the event frequently falls during February. 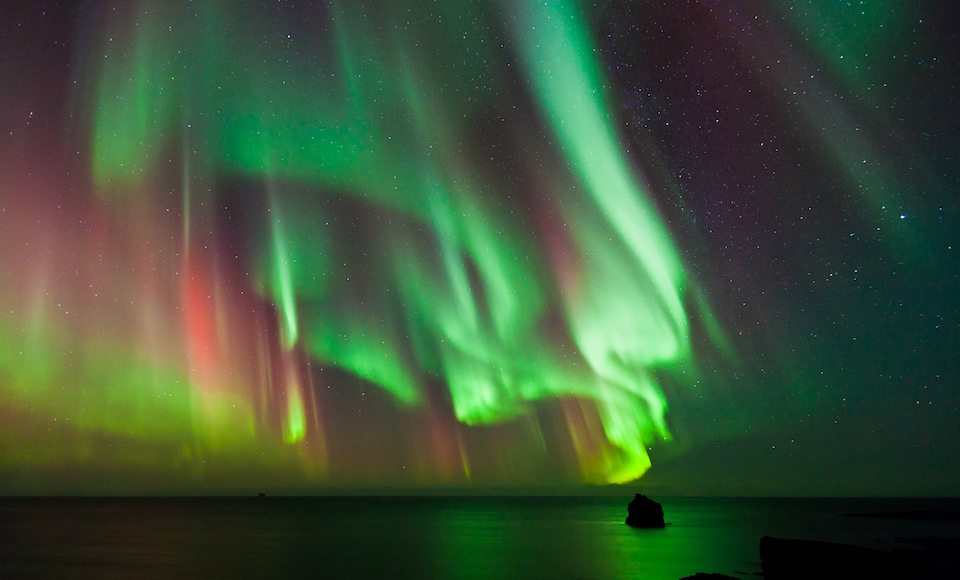 Though the temperatures are low, things are just heating up in Alaska in March. Winter is high season for experiencing the eerie beauty of the Northern Lights in cities like Anchorage and Fairbanks. The legendary Iditarod dog sled race, which pounds through 1000 miles of rugged terrain from Anchorage to Nome, takes place during March, as does the annual World Ice Art Championship. The adventurous should also consider a trip to the breathtakingly blue Mendenhall Ice Caves outside of Juneau before the receding glacier is gone forever. 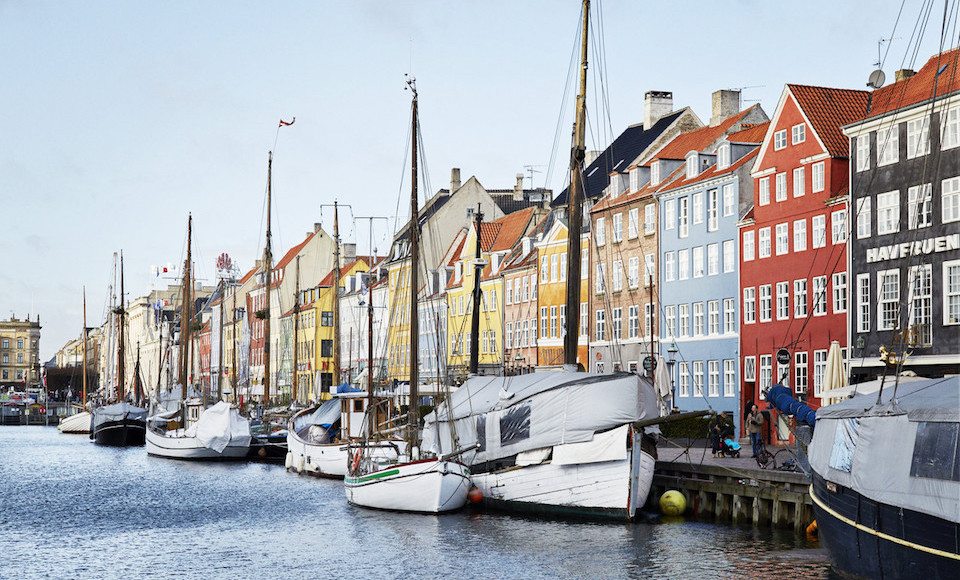 Temperatures remain brisk towards end of Scandinavian spring, keeping the main influx of tourists at bay until May. It’s prime time for budget-conscious travellers to visit Denmark without the weight of the region’s notoriously high prices. Head to Copenhagen for the best of both worlds: a chance to experience the cosy hygge that’s currently so trendy, and an opportunity to enjoy the outdoors at the seasonal reopening of the Tivoli Gardens amusement park. At worst, the chilly air is an excuse to spend more time in Copenhagen’s myriad celebrated restaurants. 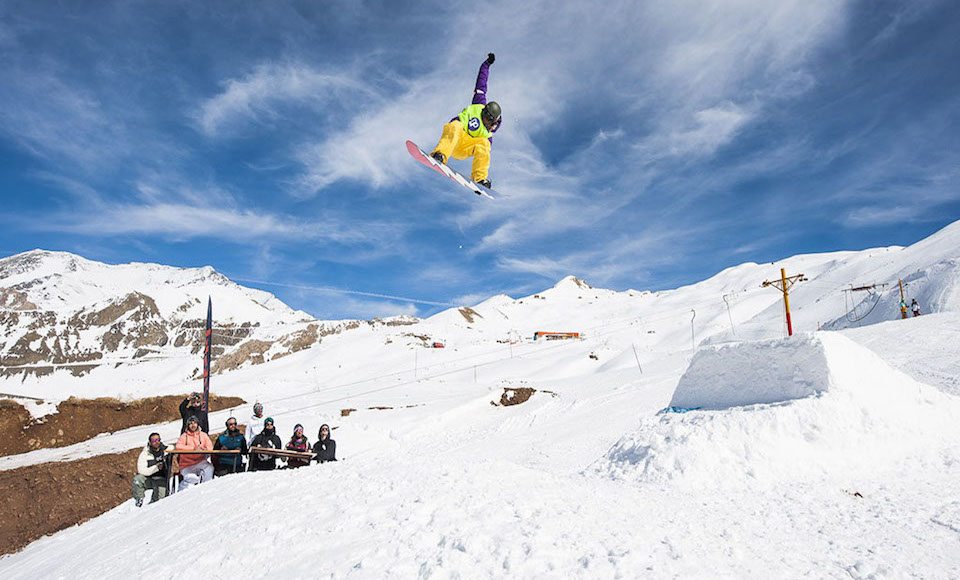 Thanks to ultra high elevation, ski season lasts until late May in Iran. While unimaginative snow bunnies flock to Meribel and Vail, those in-the-know head two hours north of Tehran to the Dizin Ski Resort – a favourite holiday haunt of the last shah. Dizin’s marked slopes are splendid, and treks into the back-country and up volcanic Mt. Damavand, the highest peak in the Middle East, offer some of the most hair-raising off-piste skiing in the world. Visitors also report a more relaxed vibe than in Tehran itself, though you’ll still find little après ski scene to speak of in this conservative nation. 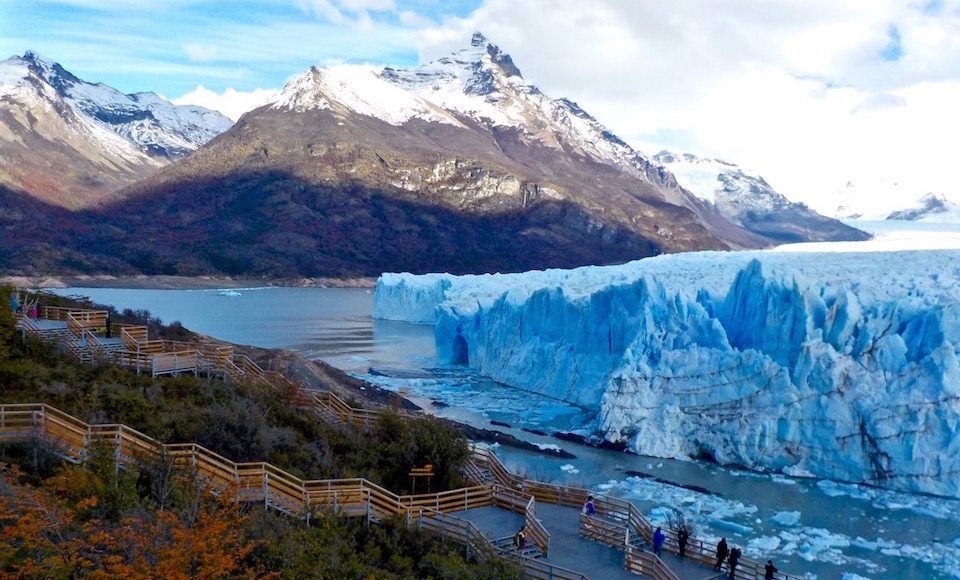 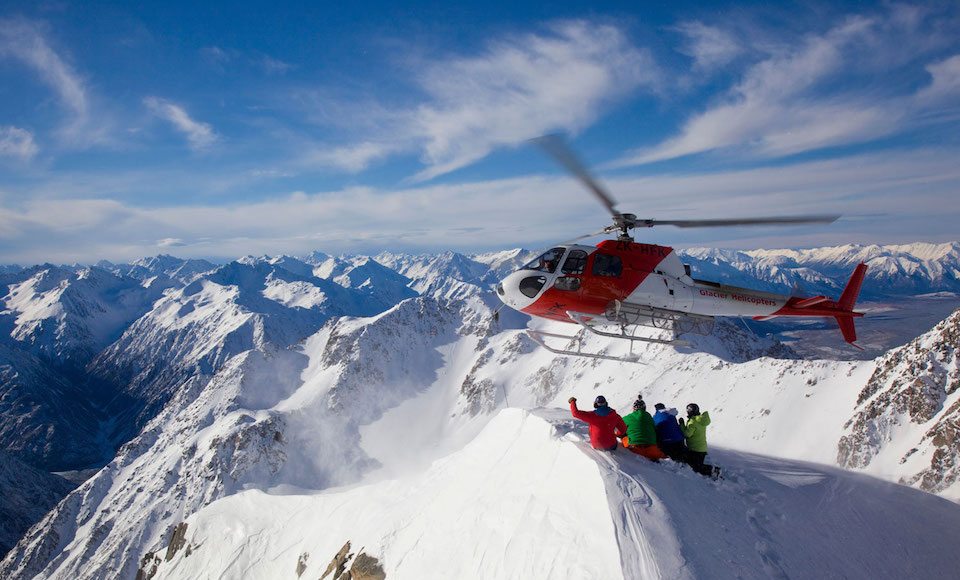 The cold season brings a near-endless supply of activities to ‘the adventure capital of the world’. New Zealand serves up a smorgasbord of opportunities to get your adrenaline pumping all year round, most famously in Queenstown, but winter offers special delights. Treble Cone, Coronet Peak, The Remarkables, and Cardrona draw skiers and snowboarders of all stripes, while more intrepid athletes can skip the lift ticket in favour of off-the-grid heli-skiing. And there’s so much more where that came from… 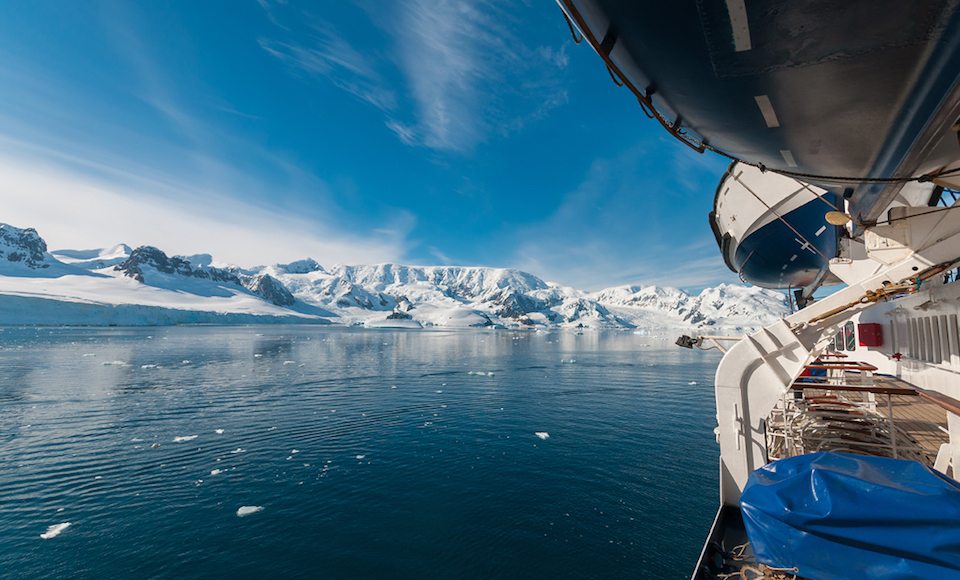 With the sea ice melted and waterways once again open, July and August are ideal times for an Arctic expedition. Cruises typically navigate around the Norwegian archipelago of Svalbard, as well as Greenland and the Russian far east. Experience 24-hour sunshine and wildflower-filled tundra from the warmth and safety of your vessel. Lucky passengers may also get an eyeful of native birds, walrus, seals, whales, narwhals, caribou, and the elusive polar bear. 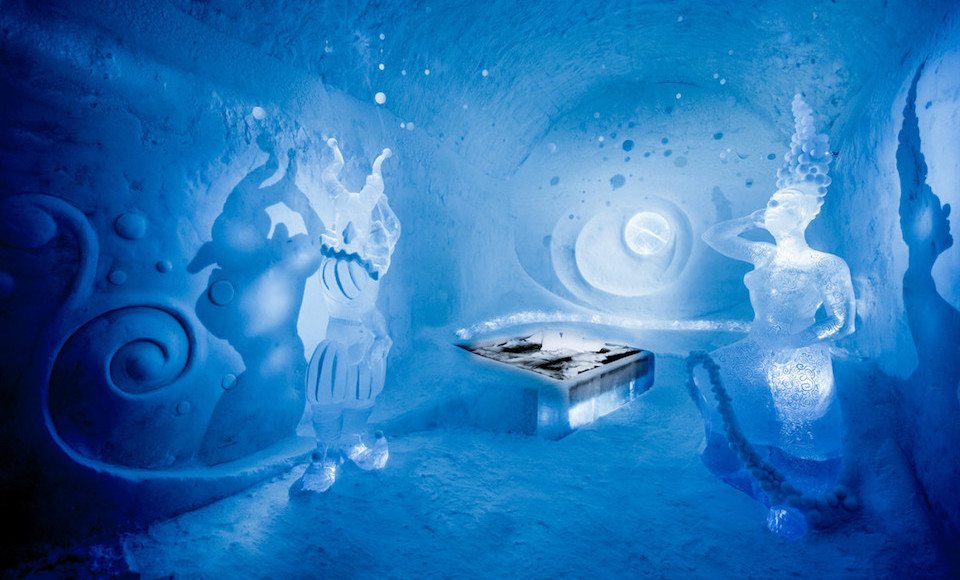 Live in the lap of frozen luxury at Sweden’s Icehotel. Located near the town of Jukkasjärvi, the ephemeral hotel is built annually from ice and snow harvested from a nearby river, then melts into mush with the arrival of spring. Fortunately for fans of cool digs, a new initiative has made some of the arctic accommodations available all year round. Each suite is individually themed and hand carved by artists commissioned from around the world. Solar energy ensures the temperature remains a frosty -5 to -8 degrees Celsius 365 days a year. 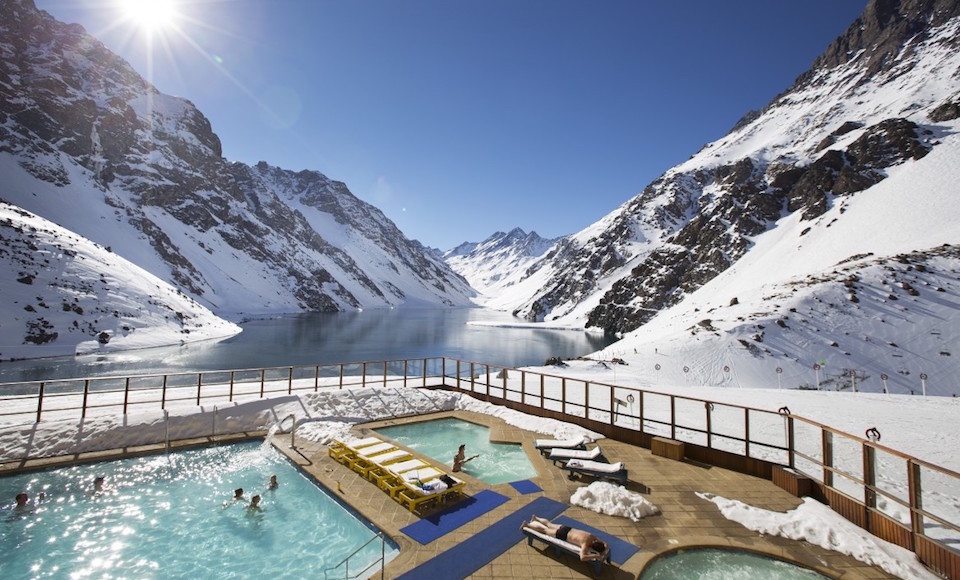 The sight of the snow-capped Andes alone makes a winter holiday in Chile worth it. The weather in the north of the country is manageable, with mild days and chilly nights, and only occasional rain. Farther south the weather turns cold and wet, while the mountains transform into some of the Southern Hemisphere’s best ski spots. Valle Nevado boasts three hotels and the most advanced ski lift system in South America. Portillo is another popular and pro-approved stop, complete with a jaw-dropping pool. 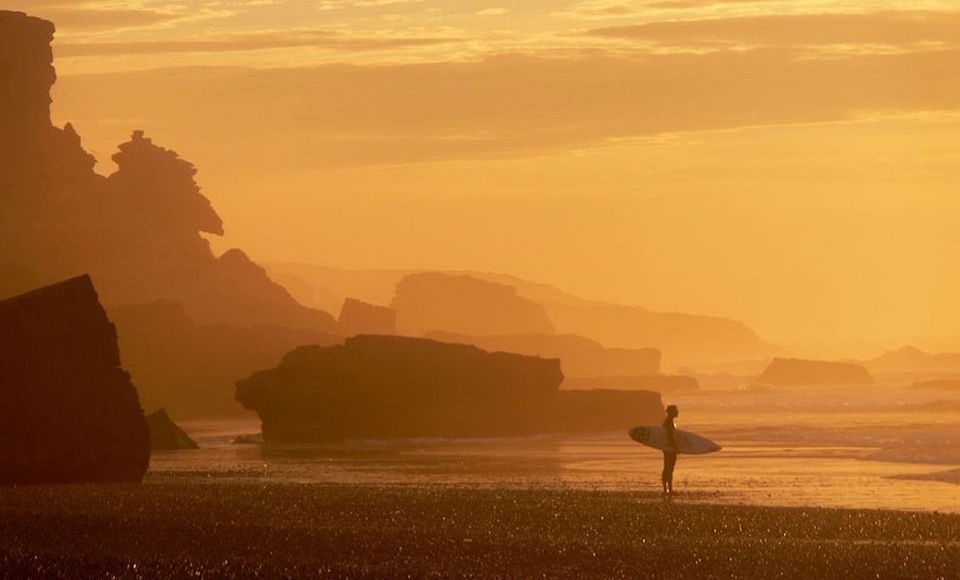 Morocco in winter is a side of Africa rarely seen. The majestic Atlas Mountains are snow-coated and spectacular, and ripe for exploration by intrepid climbers. Winter is also the optimal time to experience the country’s exceptional surfing. From September to April you’ll find bigger swells and mild weather, the perfect combination for surfers of all skill levels. The fishing village of Taghazout, famous for its long right hand point breaks, is a popular destination. 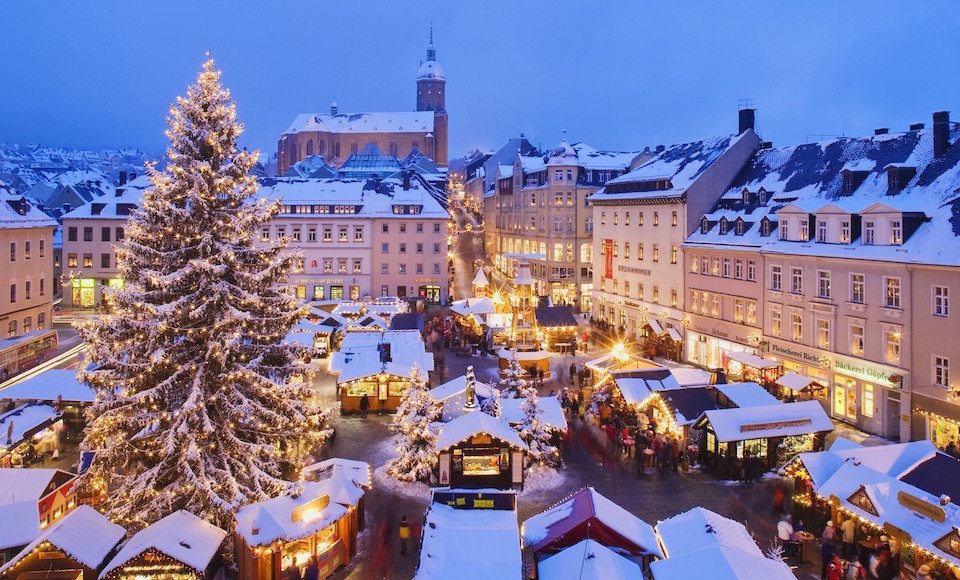 No one does Christmas quite like Germany. Christmas markets can be found in every corner of the country, hawking handcrafted goods, hearty local eats, and warming mulled wine with enough festive cheer to delight any Grinch. The seasonal retail therapy comes with a heaping side of entertainment including ice skating rinks, traditional music, puppet theatre, jugglers, acrobats, fire artists, choirs, dance groups, horse-drawn carriages, and carnival rides – enough to make your stunted heart grow three sizes, at least.