How To Spend A Rainy Day In New York City

How to weather the weather, whatever you’re into.

Mother Nature literally raining on your parade? Don’t let the sopping metropolis get you down.

New York City’s pretty parks and iconic skyline may be soaked, but it doesn’t mean you’re doomed to a day of Netflix and Seamless. The Big Apple is bursting with indoor attractions for uncooperative weather, whether it’s an unexpected downpour, a Siberia-worthy blizzard, or a blistering hot summer scorcher.

Slip on your boots and grab your London Undercover umbrella. Here’s how to spend your next drizzly day in NYC. 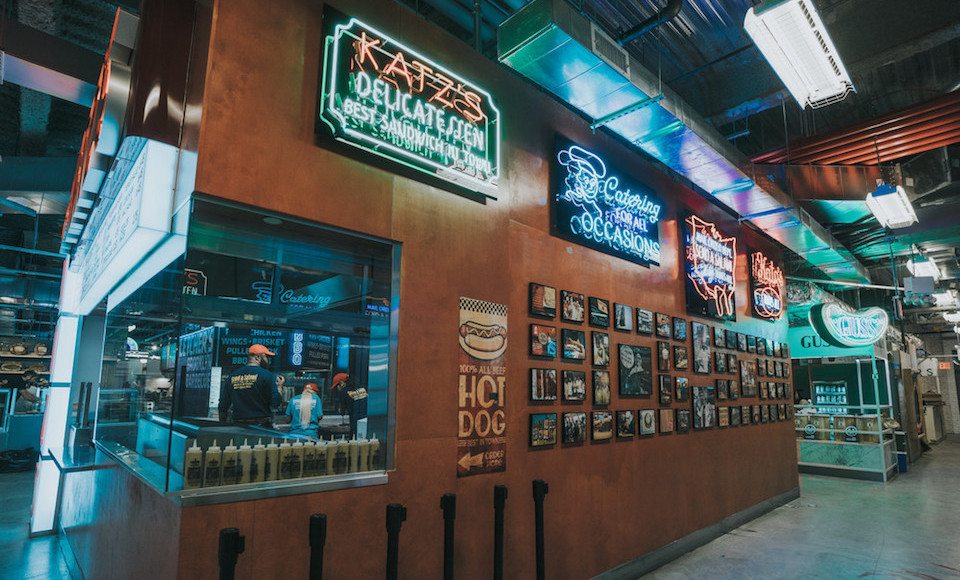 Everything’s bigger in New York City. New Yorkers are spoilt for choice when it comes to cuisine, and thanks to the city’s plentiful food halls and markets, there’s no need to set foot outdoors to sample some of its most enticing eats. Worship at the altar of Italian fare at Eataly, Mario Batali’s 42,500-square-foot food and drink complex in the Flatiron District. Head to Chelsea Market for shops, events, and grub from more than 35 globe-spanning vendors. In Brooklyn, hit up DeKalb Market Hall, the latest large-scale tuck temple to open its doors, to sate the tummy grumbles. 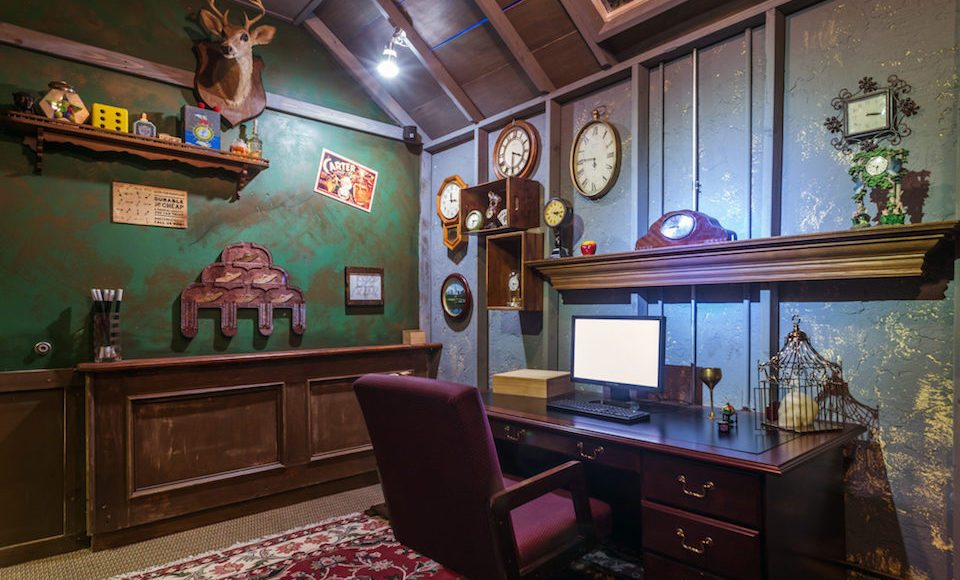 The escape room phenomenon is officially unstoppable, and New York City has more than its fair share of challenging puzzles for weather-dodgers with a sense of adventure. Put your problem-solving skills to the test at Escape The Room, Clue Chase, BrainXcape, Komnata Quest, Paradiso, OMEscape, Mission Escape Games, and more. You’ll need every ounce of Sherlock’s wit to solve the clues and break free before the clock runs out. 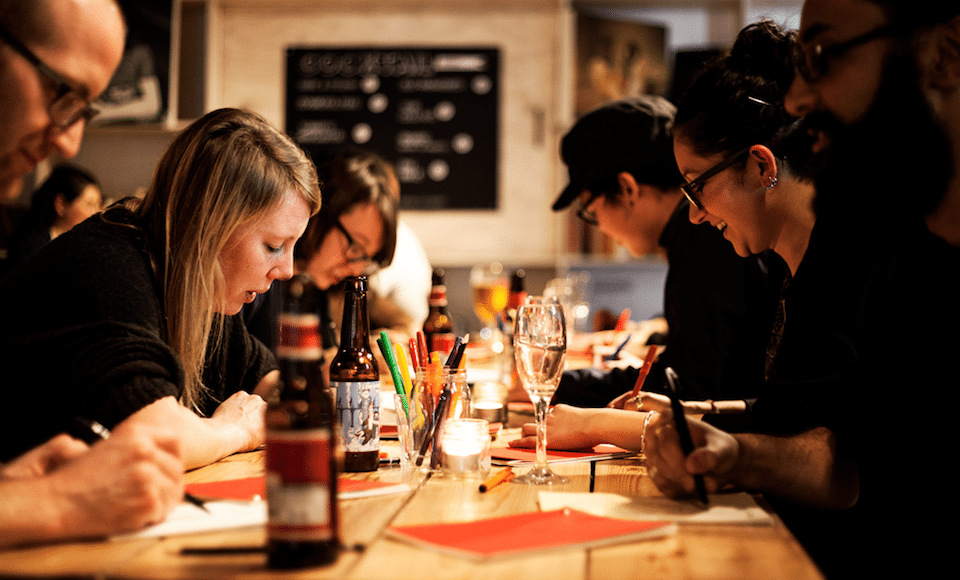 Ready to get schooled? NYC institutions like Brooklyn Brainery offer classes in every topic you can think of – and a few you probably haven’t. There are craft classes, art classes, dance classes, fitness classes, photography classes, DIY classes, circus classes, and cooking classes. There are workshops to help you master the art of fire spinning and the art of love(making). Learn to code. Learn to play the stock market. Learn to tend bar. Learn to tend a garden. If it can be taught, someone in New York City is teaching it. 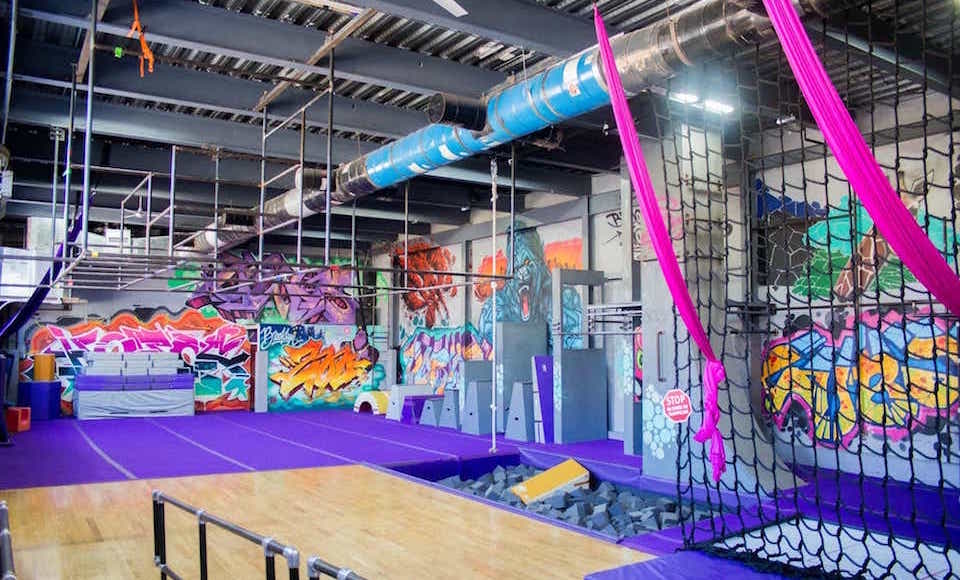 You could sweat it out in an overpriced cycling class or get shredded at a trendy boxing gym, but NYC offers a wealth of more creative workouts for the nonconformist exerciser. A few favourites include parkour at Brooklyn Zoo, Metal Yoga at Cobra Club, AM raves with Morning Gloryville, and lightsaber duels with the uber-nerds at New York Jedi. 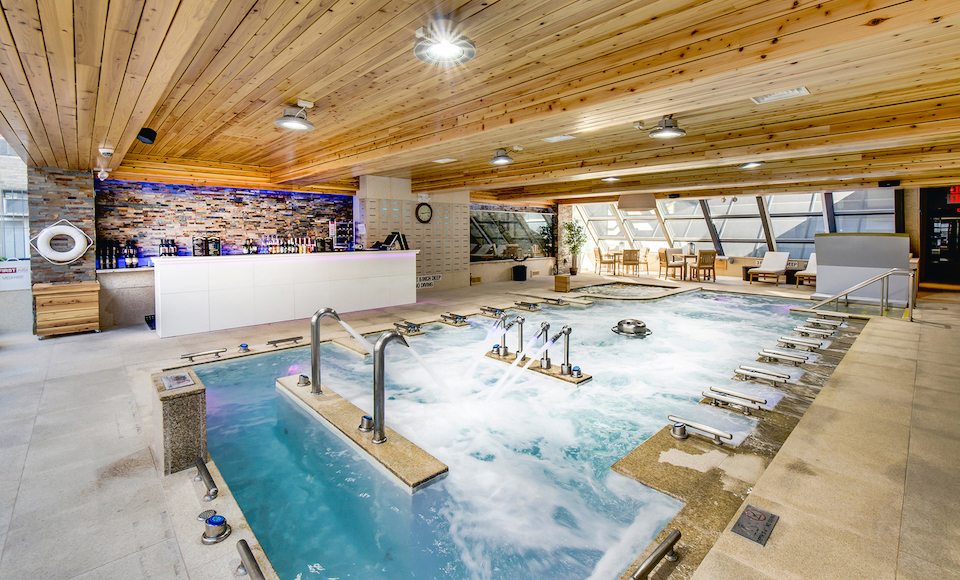 A spa day is the ultimate excuse to stay indoors. At Premier 57, the traditional bathhouse gets a modern upgrade for the urban set. A single daily admission fee provides unlimited access to indoor and rooftop hydrotherapy pools, six unique saunas (Gold, Loess Soil, Himalayan Salt, Far-Infrared, Ice Igloo, Chromo Therapy), a sleeping room, a meditation room, water lounges, a steam sauna, and dry sauna. If you prefer an old-school vibe, the East Village’s Russian & Turkish Baths are not to be missed. 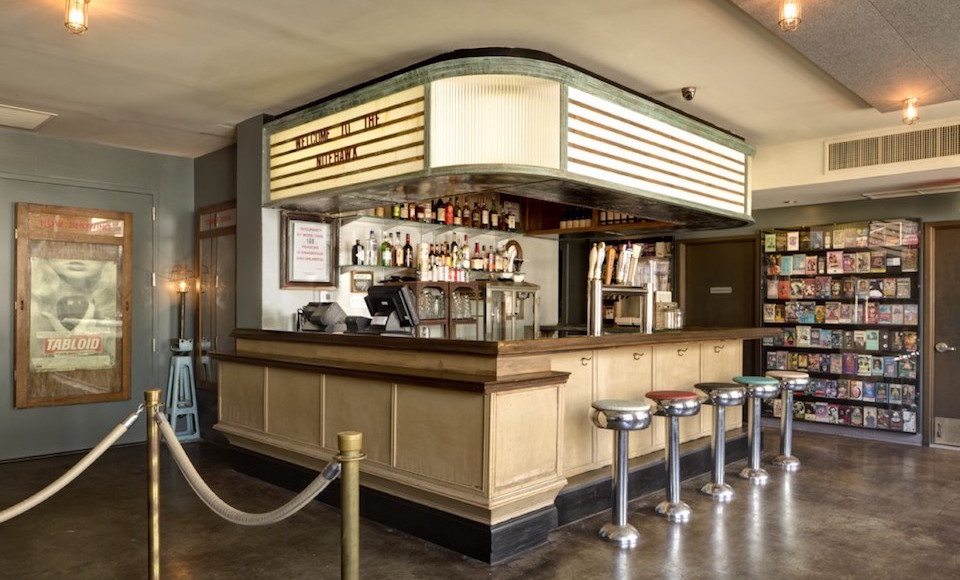 There’s no such thing as boredom when you’re stationed in one of the world’s entertainment capitals. Nitehawk Cinema in Williamsburg and Alamo Drafthouse in Downtown Brooklyn are go-tos for patrons who prefer their movies to come with food and craft cocktails (served right at your seat). For the musically inclined, there’s The Bitter End, Pete’s Candy Store, Saint Vitus, The Cutting Room, Mercury Lounge, Bowery Ballroom, Rockwood Music Hall, the Blue Note, the Brooklyn Academy Of Music, and countless other venues that cater to all tastes. And let’s not forget about that little thing called Broadway. 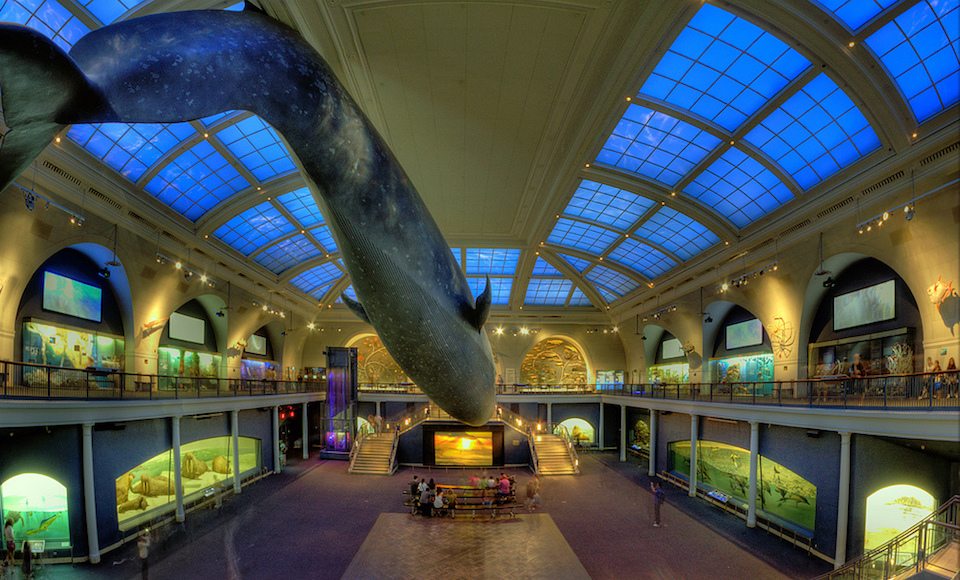 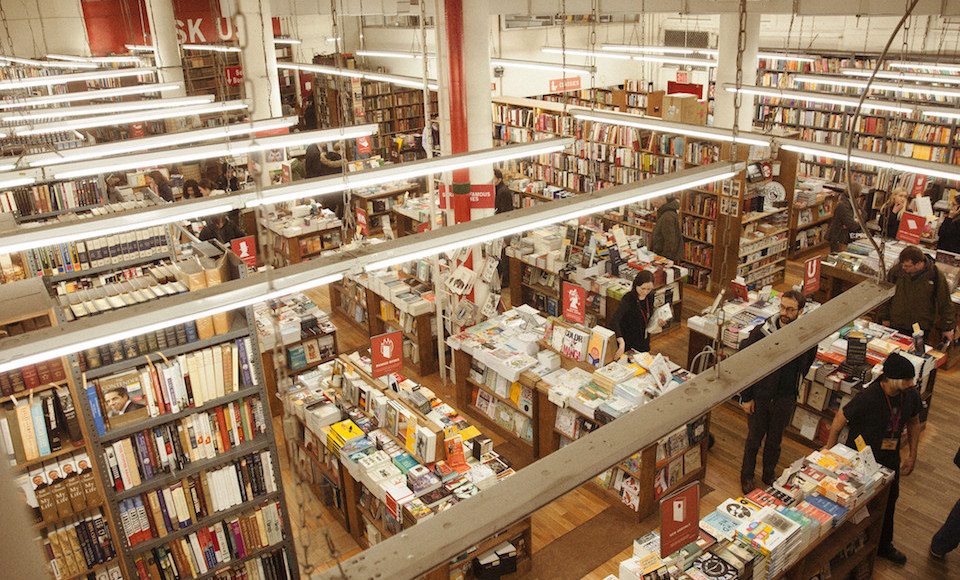 Hunker down with a book until sunny skies return (and no, we’re not talking about the Kindle kind). NYC’s beloved independent booksellers include McNally Jackson in Soho, the Strand near Union Square, and the Housing Works Bookstore Cafe downtown on Crosby Street. The city also has an impressive network of public libraries, including the iconic main branch with the lions, and niche institutions like the Morgan Library, the Library for the Performing Arts, and the Poets House. 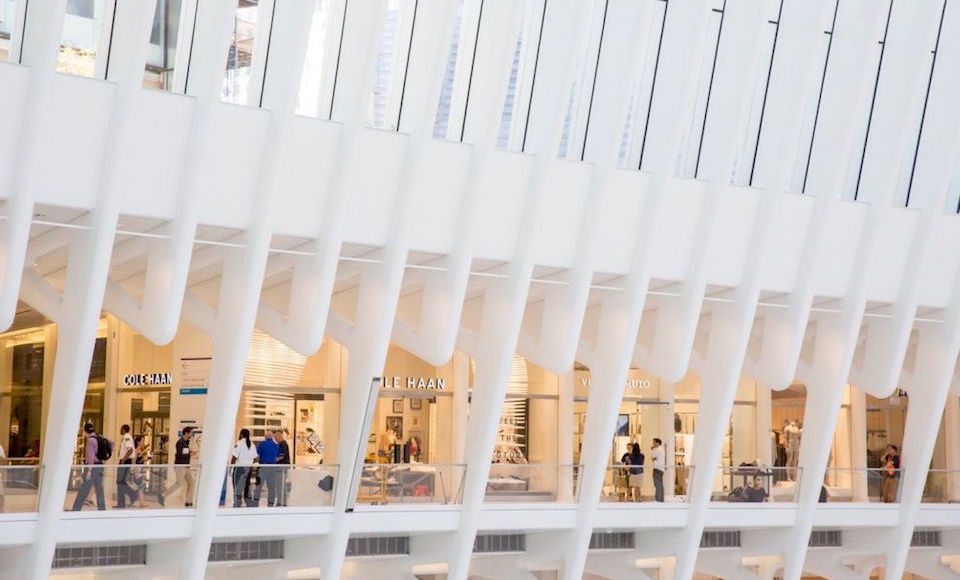 Shop ’til you drop and the drops stop. The Shops At Columbus Circle is a high-end retail and dining complex with more than 50 stores, including Bose, Diesel, Hugo Boss, J.Crew, Moleskine, Ted Baker, Thomas Pink, Tumi, and The Art Of Shaving. The property is also home to a prestigious collection of restaurants and stunning views of Central Park. Should you be downtown when the weather turns, seek shelter in the new Westfield World Trade Center inside the Oculus. The $4 billion architectural marvel boasts an Apple Store, Aesop, Breitling, Cole Haan, Eataly, Fossil, John Varvatos, Monblanc and more. 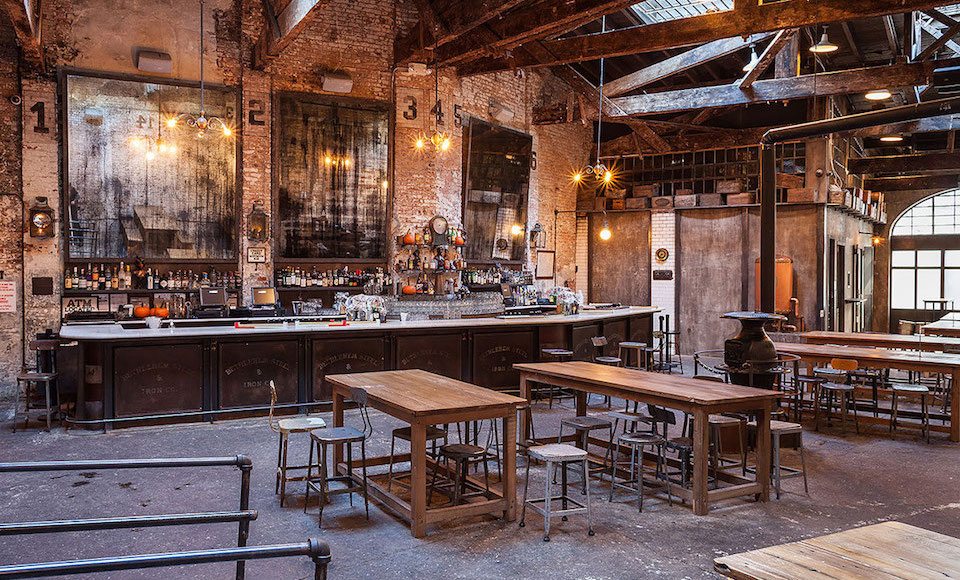 A bar doesn’t sound like the most original place to pass the time, but New York City does bars better than most. There are establishments with unusual themes, like Lovecraft and Beetle House, and slick speakeasies like Employees Only and PDT. For groups, there are indoor beer gardens where you can hoist a stein surrounded by your nearest and dearest (and driest). We like Spritzenhaus, Radegast, Houston Hall, and Berg’n. And for competitive streaks, NYC’s game-themed bars offers ample opportunities to imbibe over a friendly bout of Skee-Ball, ping pong, Pac-Man, and more. 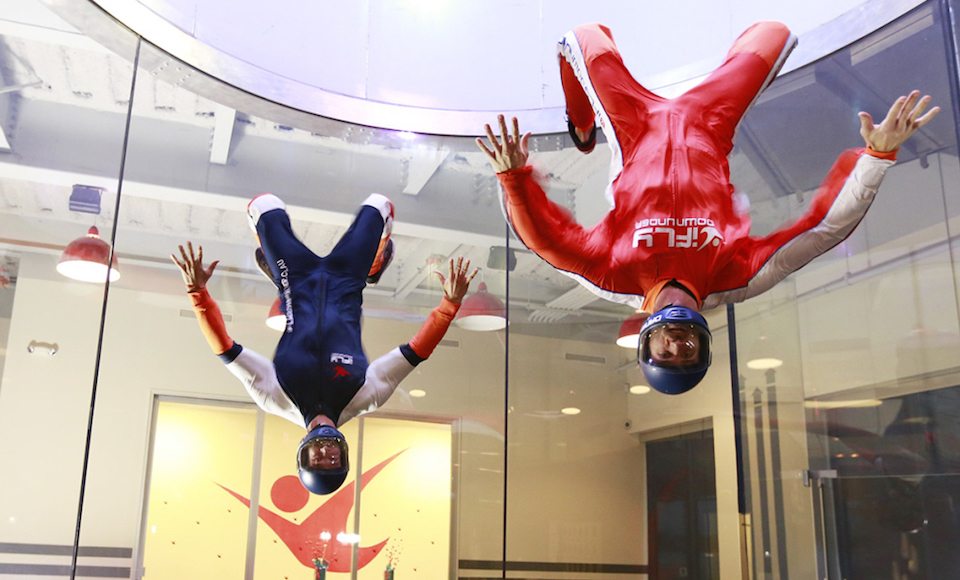 Though the weather outside is frightful, you can still indulge your sporty side at Chelsea Piers, iFly, and Indoor Extreme Sports. Together this trio of athletic and adventurous exploits offers year-round golf, bowling, ice skating, batting, swimming, wrestling, rock climbing, laser tag, paintball, exercise classes, basketball, baseball, soccer, ice hockey, cycling, gymnastics, tennis, volleyball, and indoor sky diving – all either in or easily accessible from Manhattan.