What Your Choice In Whisky Really Says About You

It’s a cruel world out there, gentlemen. Quick to judge. Slow to admit being ridiculously and unequivocally mistaken.

Now, don’t get us wrong, we’re all in agreement here that whisky – good whisky is a lovely bit of gear.

Nothing warms the cockles on a blustery, rainy evening like a cheeky glass of the good stuff. In the privacy of your own home you can don your most offensive bathrobe, whack a bit of Stevie Ray Vaughn on the old record player and mull over what style of moustache would help raise your lady-game from a four to a solid nine.

Dreams are, as they say, free, and whisky has been watering male dreams so that they can blossom into nightmares of self-delusion since it’s inception back in the 1400s.

Men all over this fine land will indulge in a dram or two after a hard day at the office, with the feet up, watching the football or the latest episode of whatever period-fantasy-legal-drama is in vogue at the time.

Or perhaps share a bottle at the weekend before heading into town to cut some god-awful shapes on the dance-floor and irrevocably distance yourself from any female friends unfortunate enough to be accompanying you.

It is quite rare though – if you stop and get forensic on the last night out you had with the your close, most non-judgmental friends – that you, or any of your mates, will order a straight whisky at a normal bar.

Why is this? You’re a nice guy, right? Whisky is tasty, isn’t it? Of course it is. Otherwise the angels wouldn’t take their share whilst it’s fermenting in those oak barrels.

Is it because, subconsciously, you think the only man worthy of being seen drinking straight whisky is of the Ron Swanson (from Parks & Recreation) persuasion? A man who eats only meat and whose moustache, at a careless glance, can be mistaken for a sturdy, outdoors broom?

Well, to hell with that. Life is too short for neglecting the old uiesce beatha, or worrying about whether the bloke next to you is of the opinion that you’re a pretentious, yuppie arse.

However, a prudent bastard has at least an inkling as to how he might come across to others. So here, in the most ludicrously general of guides, is how – geographically speaking – your chosen dram may display you to those most unsympathetic and cruel detractors, your fellow humans.

Obviously, whiskies are made all over the globe, but allow us to focus on the most common and stereotypical. 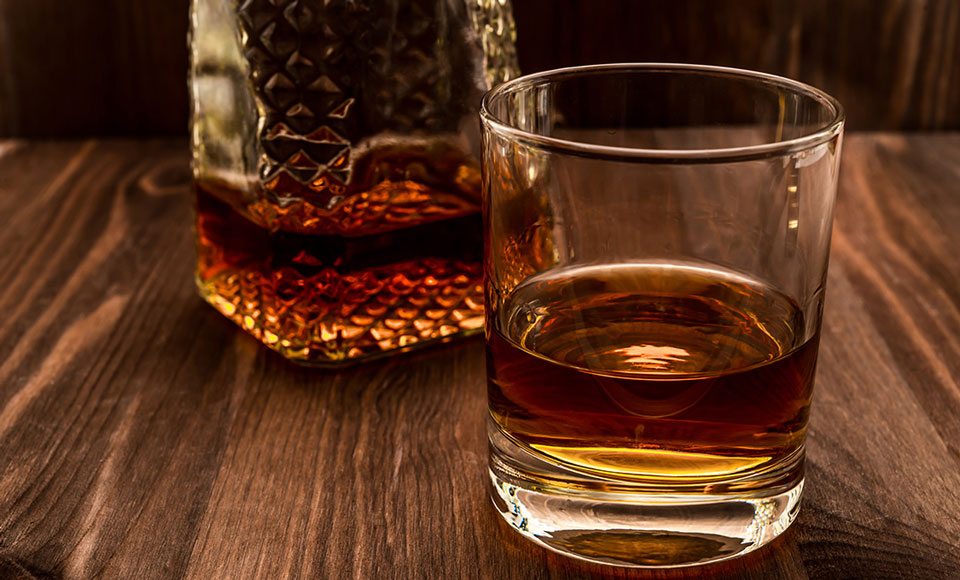 “Here is a man who doesn’t want to be disturbed”

Surprisingly, a lot of blokes don’t realise that scotch isn’t just a colloquial term for any kind of whisky. Scotch has to be produced in Scotland from Scottish ingredients.

It also has to have been matured for at least three years in oak barrels. So remember that next time you’re draining your last bit of Jack Daniel’s and singing, “I love scotch. Scotchy, scotchy, scotch. Here it goes down. Down into my belly. Mm, mm,mm,” because you’ll only be drawing attention to your own whisky ignorance.

Single-malt scotches are commonly agreed by connoisseurs to be ranked amongst the best whiskies in the world.

Here is a man who doesn’t want to be disturbed in his rumination of all things manly. He probably owns many thick, serviceable woollen sweaters at home, smokes a pipe and chops firewood to relax.

That, or he’s angling for a woman who’s looking to open up a gruff, introverted-type like a big, bearded, corduroy-jacketed flower. 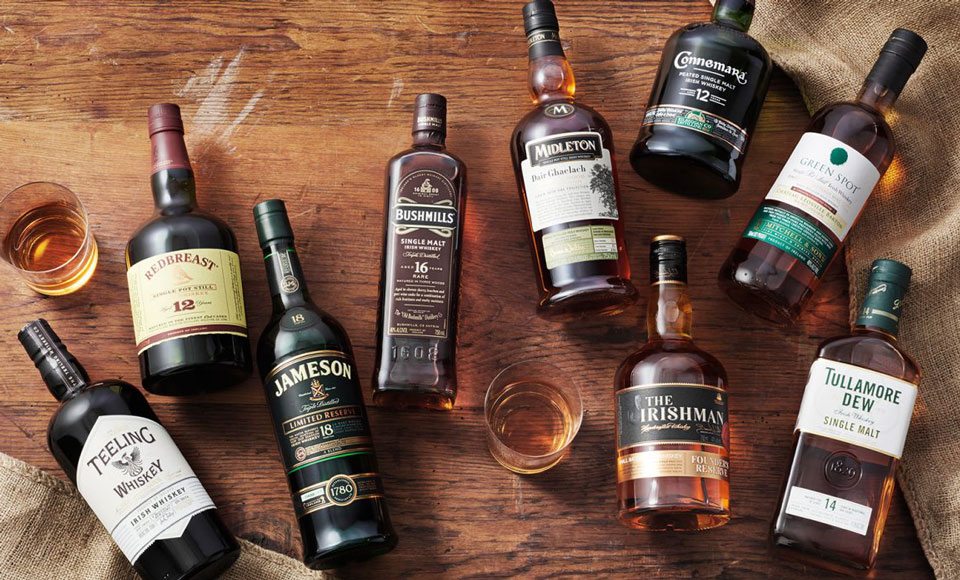 “This guy was born blessed with some fantastically outrageous name”

Well firstly, it’s got to be made in Ireland (no shit), and also they spell it whiskey over there, rather than whisky.

When in doubt remember that if the country it was made in has an ‘e’ in it’s name, pour example, America, they’ll spell it whiskey. In Scotland or Canada they leave the ‘e’ out. It’s not normally as smoky as other whiskies as it’s not common practise in Ireland for the ingredients to be dried over fire.

This guy was born blessed with some fantastically outrageous name like Puddin’ Casey, or his drunken antics have seen him cultivate one.

Better be careful though, because although it’s nice to think that he survived a sub-zero night passed out in the gutter (saved from freezing to death only by the whisky circulating through his bloodstream) he could still go from naught to a hundred in three point two seconds and give me a good glassing. 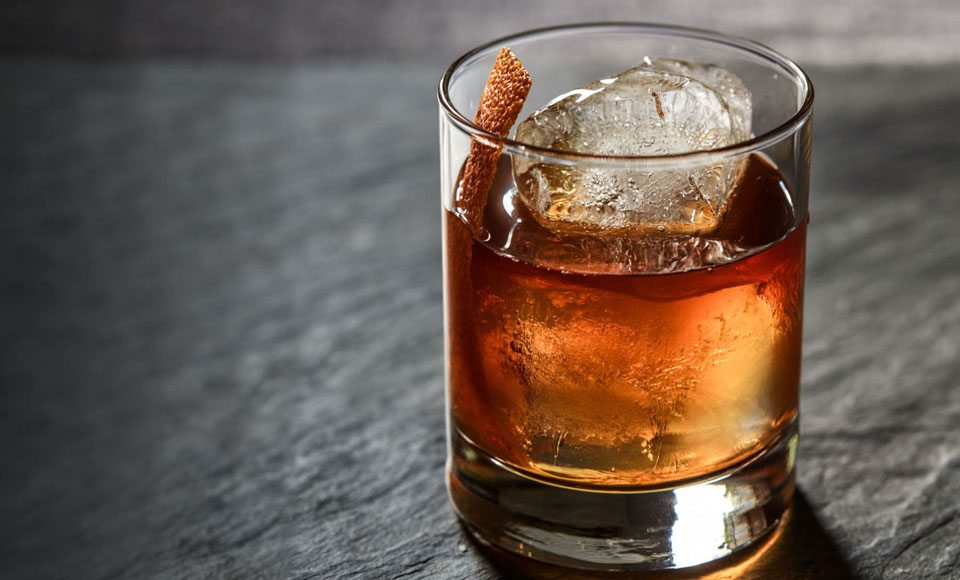 It’s a bit confusing because any Canadian whisky can be called rye, even if it hasn’t been within a thousand miles of a piece of rye (a grass of the wheat family).

The terms rye whisky and Canadian whisky are interchangeable in Canada, but the long and short of it is that they make a nice, smooth, light whisky over there.

You’ll no doubt have suffered some embarrassing moments at the hands of some of their more famous drops because they’re so easy to drink.

There’s a relatable bloke. Might have newly boarded the Whisky Train, and has started at the more forgivable end of the spectrum.

It’s not too daunting a jump going from Canadian Club and dry to just straight CC. He’s playing it safe tonight. Right up until he gets up off that barstool, tries to dance and all that easy whisky goes straight to the old cerebellum and he makes a complete tit of himself. 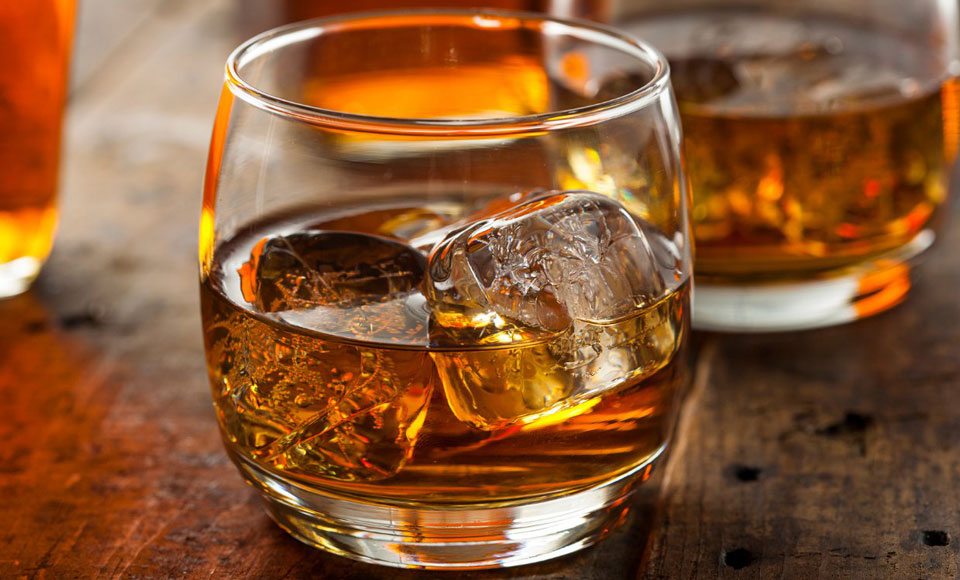 “I wonder if that guy is going to kick off if I change the channel from the V8s?”

There’s been a bit of contention as to where and when this whiskey came into the world. Was it Bourbon County, Kentucky, or was it Bourbon Street, New Orleans? One thing can be agreed upon though, and that is it’s from ‘Merica – and more precisely – the South.

To be considered bourbon whiskey by U.S law it must be made from at least 51% corn mash, and be aged for at least two years if you want to label it “Straight Bourbon.” It’s a great whiskey for cocktails thanks to its rich, deep notes of caramel, oak and vanilla.

I wonder if that guy is going to kick off if I change the channel from the V8s? Man alive, he’s got the double-plugger thongs on! And a Jim Beam trucker-hat…and Jim Beam singlet…Seems like a decent bloke for all that though. I wonder if he’d let me pinch a durry? 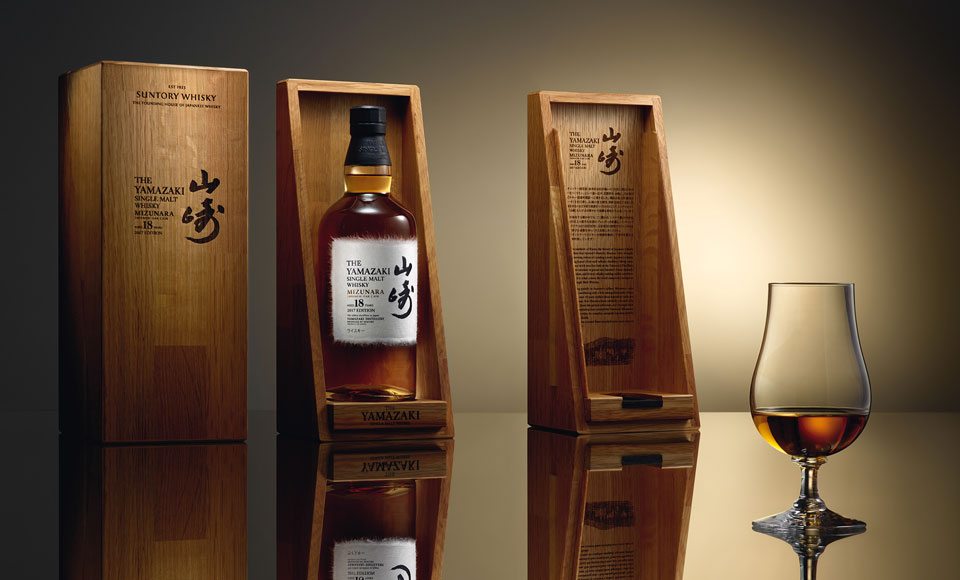 Conceived in the 1920’s, Japanese whisky might be a relatively new kid on the block when compared to when Scotland started producing their nectar – back in the 15th century if you recall, when Rupert Murdoch was but a little lad – but what it lacks in age it more than makes up for in reputation.

Broadly, it shares more with scotch than any other kind of whisky. This is probably due to one of the founding fathers of Japanese whisky – the highly distinguished Masataka Taketsuru – having studied the art of distilling in Scotland.

However much these whiskies from the Land of the Rising Sun might be influenced by the Scots in the past, it’s the Japanese whisky-masters that have made them the fantastic and multi-faceted drops they are today. Many would consider it sacrilegious to even utter, but it’s a commonly shared view that Japanese whisky has eclipsed Scotch as the whisky world’s numero uno.

Here’s an enigmatic character sitting at the end of the bar. Is it just the old imagination filling in the blanks, or is that geezer smoking a cigarillo whilst his Rotweiller snores at his feet?

What with Australia’s bureaucrats and ludicrously OTT health and hygiene laws it must be an illusion, but still, you can’t help but think this cool cat runs his own show. You’d ask him what he’s drinking, but you don’t know whether that’d result in some piece of philosophical advice going over your head, or a palm-strike to the larynx.

Consider Yourself A Beer Drinker…

What Your Choice In Beer Really Says About You