The year’s end brings a many of us to a retrospective outlook of achievements. That dodgy retaining wall. That adorable newborn you never asked for. The realisation that you’re another year closer to reaching peak silver fox status.

In the motoring world at least, things tend to be less trivial and a little more tantalising with the faint scent of spent rubber. Behold, your most exciting car releases of 2017. 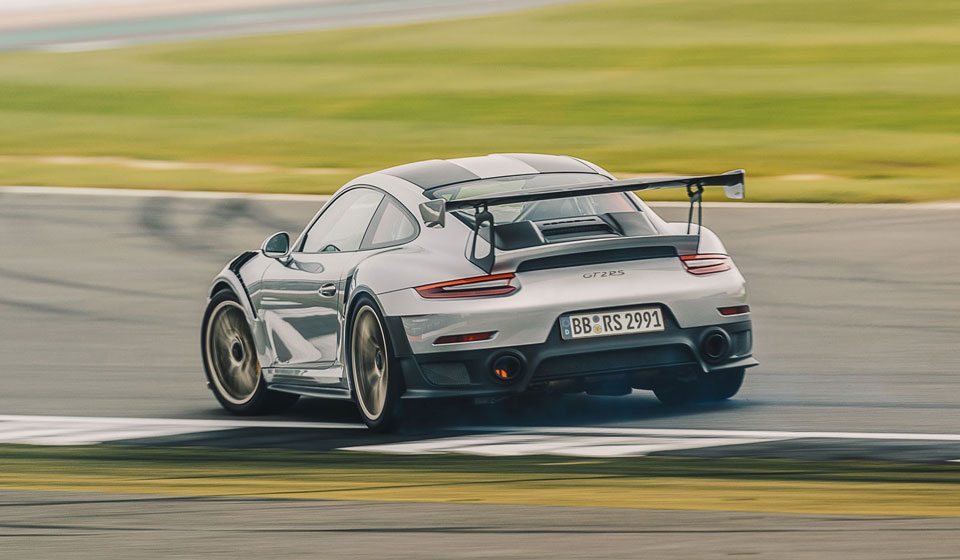 When Porsche set out to recapture the crown as the fastest production car to ever lap the famed Nurburgring, they did so in spectacular fashion by beating its closest rival by five whole seconds – a significant feat across a daunting 20km public track that’s notorious for sending novice drivers into steel barriers.

For 2017, the 911 GT2 RS beat out big name manufacturers like Lamborghini, Dodge, Nissan and Mecerdes-AMG with no-nonsense platform built for uncompromising speed. This included a 3.8-litre twin-turbo boxer engine pumping out 515kW of power and 750Nm of torque sent to the rear wheels via a PDK twin-clutch auto. It was enough firepower to see the car hit 100km/h in just 2.8s before topping out at a ridiculous 340km/h (complete with 400km/h speedo). 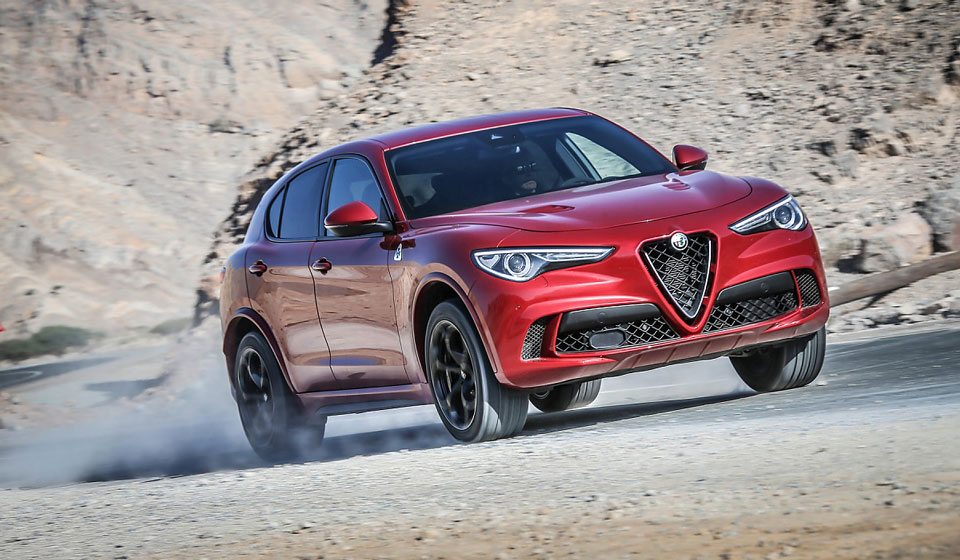 Speaking of Nurburgring laptimes, one unlikely but equally deserving hero of the Green Hell turned out to be an SUV. Not just any SUV, Alfa Romeo’s first ever attempt at an SUV.

The practical five-seater sports essential Alfa Romeo lines but under the skin it’s all business with the top-of-the-line Stelvio Quadrifoglio sporting a Ferrari-built 2.9-litre twin turbo V6 which delivers 375kW and 600Nm of power to all four wheels. That’s enough to see the car reach 100km/h in 3.8 seconds and a top speed of 238km/h.

There’s enough in those figures to see the Stelvio trump its closest competition on the Porsche Cayenne Turbo by eight seconds. That is until the yet-to-be-released Lamborghini Urus gives it a crack… 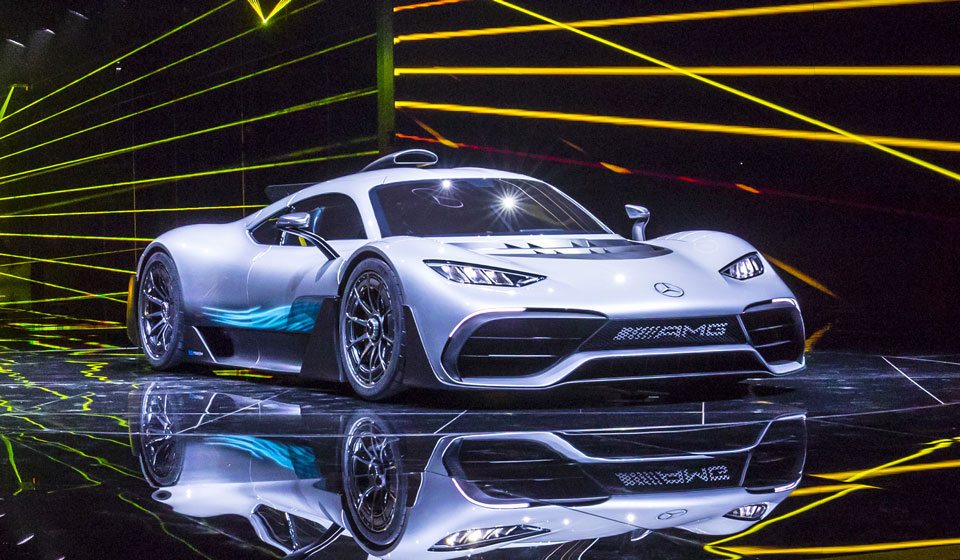 The future of performance

When a carmaker claws its way to the top of Formula One rankings and stays there to dominate year on year, there’s only one way to celebrate – build the world’s fastest hypercar.

Designed as the Silver Arrows’ Formula One car for the road, the Project One features advanced aerodynamic appointments and engineering smarts directly carried over from the motorsport practice – 50,000km engine and drivetrain overhaul service included.

740kW of power is developed from a mid-mounted 1.6-litre turbo V6 which can easily spin to an astounding 11,000rpm without throwing a rod through the bonnet. 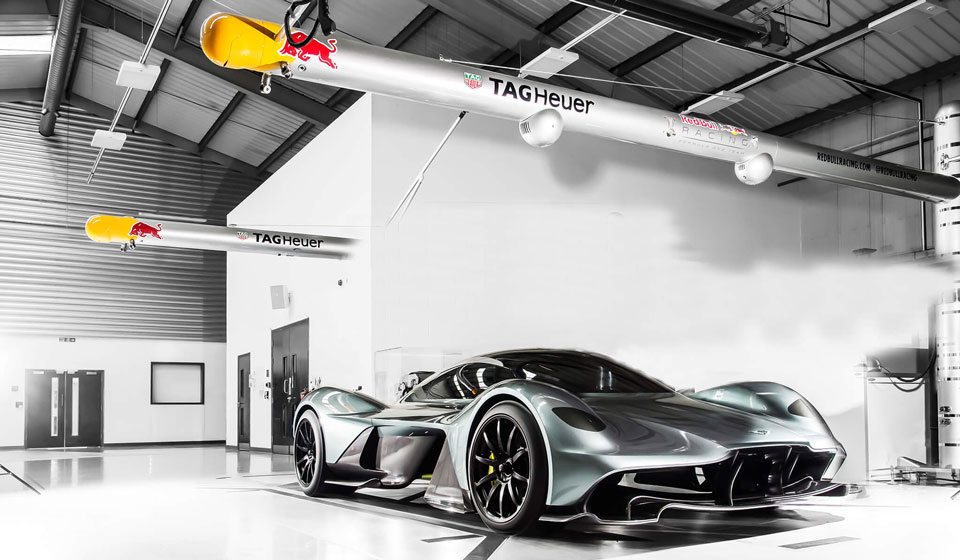 The future of performance part II

Similar in design criteria to the Mercedes-AMG Project One, Aston Martin wanted to showcase what they could do with their fresh partnership with Formula One’s Red Bull Racing team. The result? The British marque’s very own Valkyrie hypercar.

Although in concept form for 2017, the car will eventually make its on-road debut with production to commence in 2018 alongside cutting-edge aerodynamics – think the omission of side mirrors for strategically placed cameras which beam live images back into the cabin.

The Valkyrie will be built around a 6.5-litre naturally-aspirated Cosworth V12 complete with KERS (Kinetic Energy Recovery System) to deliver 843kW of power sent to a seven-speed dual clutch transmission. Weight will also be kept to a healthy 1,030kg which surpasses the elusive 1:1 power to weight ratio. 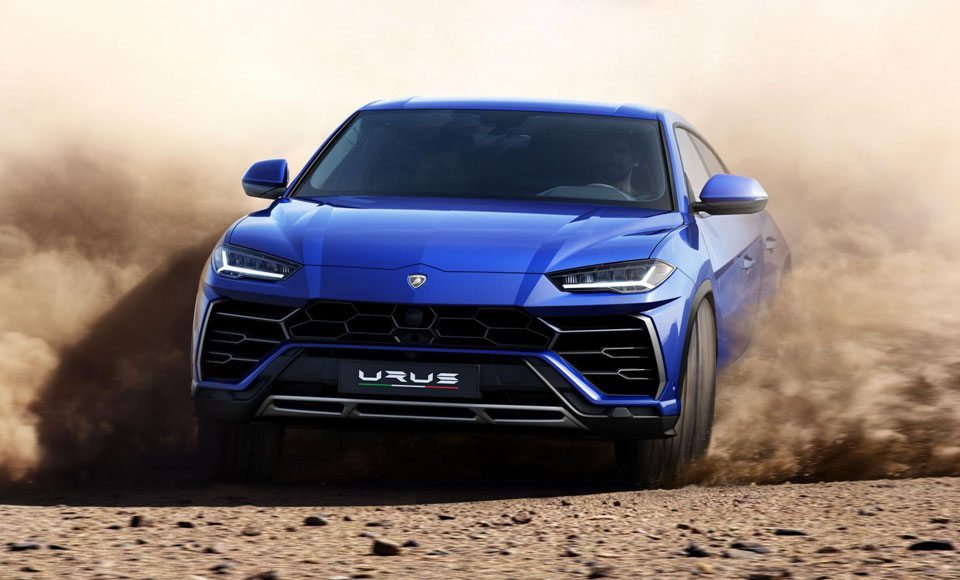 Self-proclaimed as the world’s first Super Sport Utility Vehicle with the attitude of a raging bull and the heart of a modern supercar, the Urus has its targets firmly set on becoming the fastest SUV ever built.

It certainly has the right credentials for it and in 2017 it set hearts racing with a sleek four-door body hiding a 4.0-litre twin-turbo V8 capable of delivering 485kW of power and 850Nm of torque to all four wheels via an eight-speed automatic transmission.

That’s enough grunt to get the Urus to 100km/h in 3.6 seconds before topping out at 305km/h. Other performance enhancements includes carbon ceramic brakes as standard, active roll control and a torque vectoring rear differential for quicker corner speeds. There’s also a few drive modes to choose from including Strada, Sport, Corsa and Neve (Snow), Terra (off-road) and Sabbia (sand). Air suspension on the Urus raises the body for off-road applications whilst sportier drives will see a drop in height. 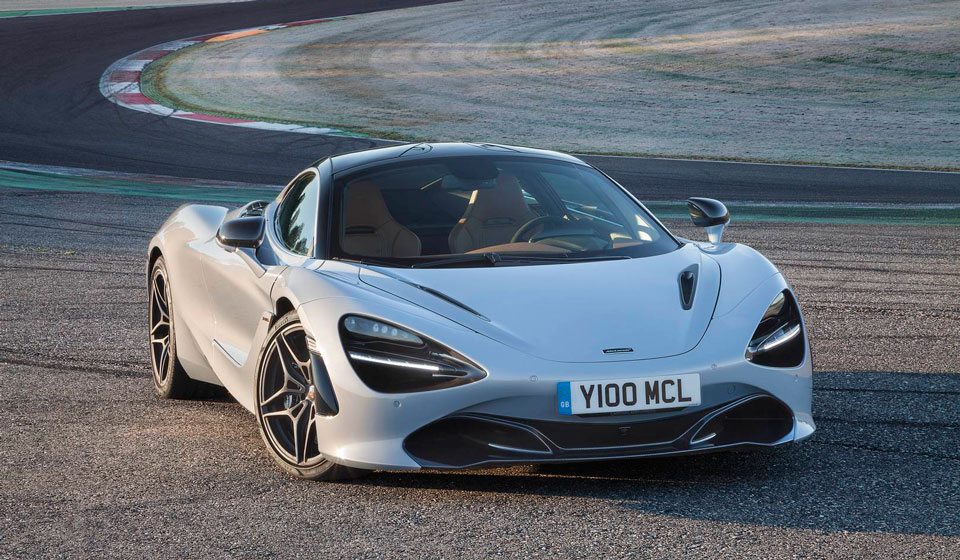 British engineering at its finest

McLaren pulled the covers off their latest supercar in early 2017 and it has proven to be a winner amongst enthusiast circles.

The 720S marked the arrival of the British marque’s second generation Super Series car which took over from the outgoing 650S. The car is 90 percent new from McLaren with the remaining 10 percent of parts being derived from siblings such as the 675LT and P1.

That saw to it that the 720S received a carbon superstructure in place of aluminium and a new twin-turbo 4.0-litre V8 unit sporting 530kW of power and 770Nm of torque alongside a 0-100km/h sprint time of 2.8s. 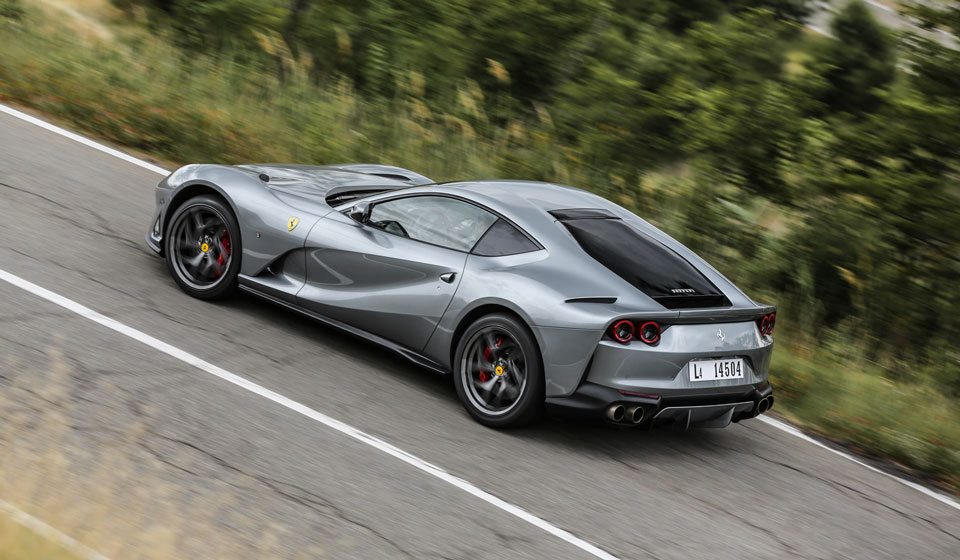 A shiny new prancing horse was announced at this year’s Geneva Motor Show and it’s an absolute weapon.

As the replacement model for the outgoing F12 Berlinetta, the aptly named 812 Superfast came with Maranello’s most powerful V12 engine ever made crammed in front of the driver. 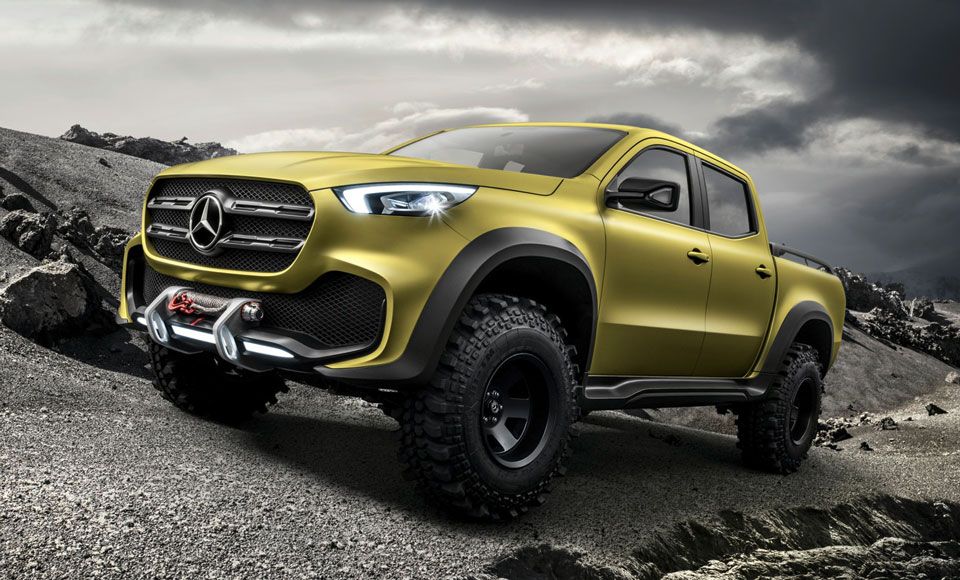 For the working class classy bastard

Mercedes-Benz surprised the world and cashed-up tradies with the announcement of their wild X-Class Concept this year.

Set to be released in 2018, the X-Class is the Silver Arrows’ first ever ute (that’s pick-up truck for you Americans) that will deliver working class practicality with renowned Mercedes-Benz fit and finish. There are no powertrain or engine specs as of yet but there is a cool trailer showing off the car’s capabilities. 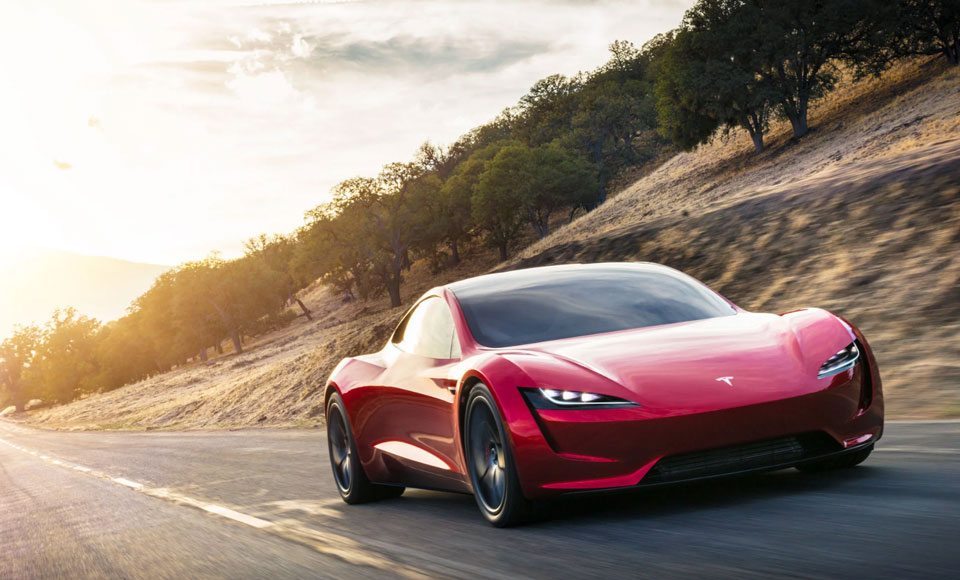 Sneaking in at the very last minute of 2017 is the resurrected Tesla Roadster.

The American carmaker kept things on the down-low when it sprung the “quickest car in the world” on unsuspecting audiences which came to see an electric truck launch.

Slated for a 2020 release date, the Roadster concept features sleek proportions which blends aerodynamics with a sporty silhouette.

Under the skin it’s an all-electric affair dialled up to achieve a 0-100km/h time in just 1.9-seconds. And unlike most electric supercars which tend to lack grunt at the top end, Tesla founder Elon Musk hinted that the new Roadster can easily manage a top speed of 402km/h.

There’s even claims of a new battery which can afford a range of 1,000km per charge.