This $44,000 Scotch Whisky Will Make Your Christmas Complete

Pocket change for those with enormous pockets.

Well would you look at the date. There’s officially less than 20 days till Christmas and you haven’t treated yourself with a present. 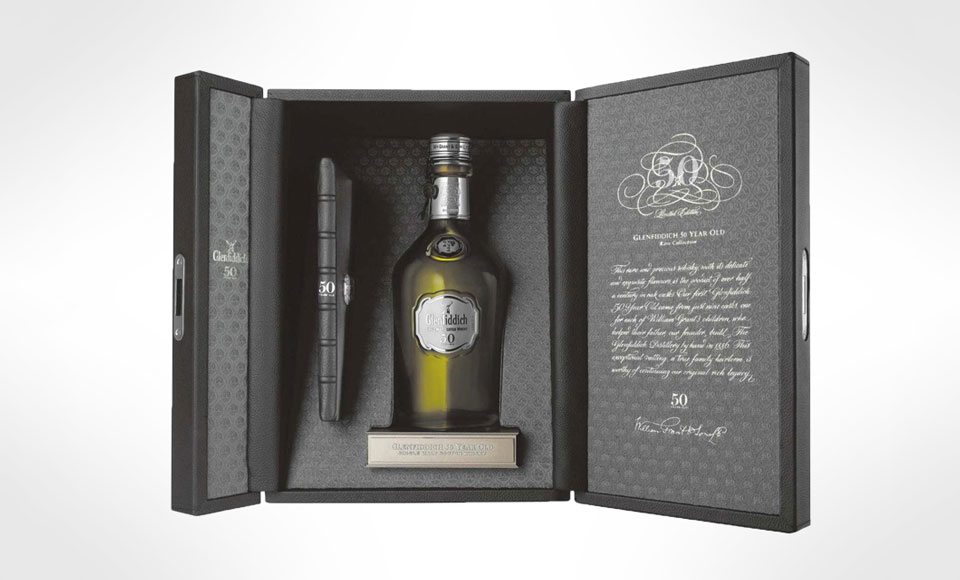 Pocket change for those with enormous pockets

Luckily, you read D’Marge and we’re pretty damned proficient when it comes to burning cash with extreme prejudice. It’s not about us today though. It’s about you. You and a particular bottle of scotch whisky which you can now casually pick up at Dan Murphy’s…if you casually had $44,000 loitering in your pocket.

Say hello to the Glenfiddich 50 Year Old Single Malt Scotch Whisky – one of the rarest and most precious single malt Scotch whiskies ever matured and bottled in Dufftown, Scotland.

The fine spirit has been ageing away in oak barrels for the better part of half a century before it was drawn from two casks which were married together for an additional three months by Glenfiddich’s malt master.

Even the case is a work of art with wax labelling adorning the hand stitched leather-bound case which has been lined with hand-woven silk and decorated with Scottish silver.

Those with deep enough pockets will be able to experience a whisky which features vibrant and complex floral notes along with a faint hint of smoke.

On the palate it’s initially sweet with hints of zesty orange marmalade and vanilla toffee before tapering off into layers of herbs and smokey florals.

You can claim yours now over at Dan Murphy’s. Merry Christmas ya’ filthy animal.