Qantas, Virgin Australia Are Banning Smart Luggage But Is It An Overreaction?

Several major US carriers have announced new restrictions for 2018.

Smart luggage is revolutionising the way we travel. Brands like Raden, Bluesmart, and Instagram-favourite Away have re-imagined the suitcase for the modern traveller, equipping their high-tech bags with built-in chargers, scales, proximity sensors, and GPS location tracking for smoother, more seamless transit.

But the airport cool kids may soon be forced to leave their brainy bags at home. Several major US airlines have announced that certain kinds of smart luggage will no longer be welcome aboard their cargo holds.

Starting January 15, Delta Air Lines, American Airlines, and Alaska Airlines will prohibit luggage with non-removable lithium-ion batteries over concerns they could spark fires. Similar policy updates are expected to be imminent from United and Southwest Airlines. 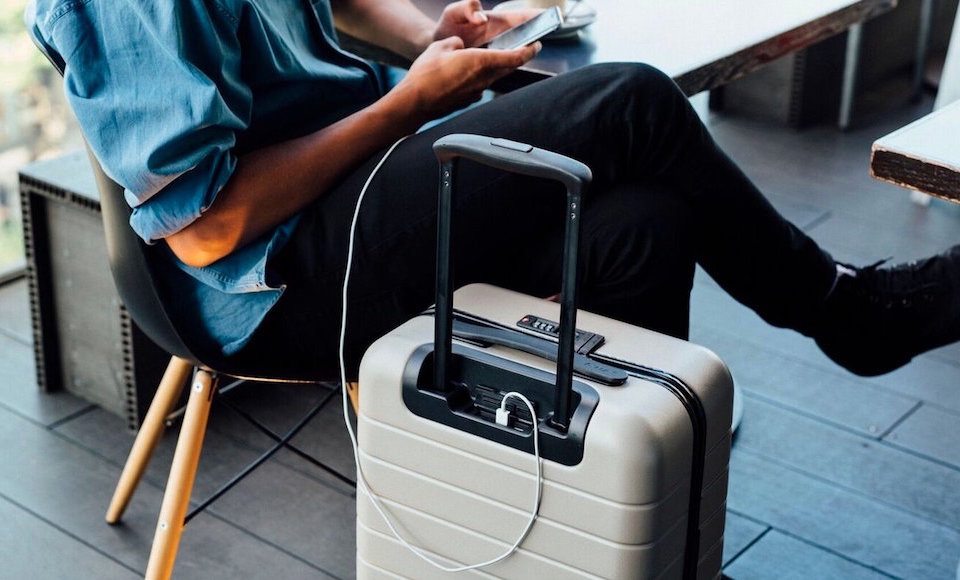 You may recall the exploding Samsung Galaxy Note 7 crisis of 2016, when the US Federal Aviation Administration deemed the devices hazardous and banned passengers from carrying them “on their person, in carry-on baggage, in checked baggage, or as cargo.” The FAA reports that lithium-ion battery fires occur about once every 10 days, and though it has yet to happen from smart bag batteries, airlines are taking a better-safe-than-sorry approach.

Passengers traveling with smart luggage will be asked to remove their lithium-ion batteries before flying (in same cases only in checked baggage, in other cases in both checked and cabin baggage). Manufacturers have been quick to share their thoughts on the move.

Bluesmart CEO Tomi Pierucci did not mince words in a note to TechCrunch. “The latest changes are an absolute travesty and is a huge step back not only for travel technology but it also presents an obstacle to streamlining and improving the way we all travel,” he said. “If they are going to ban smart bags, then they should be banning cameras, laptops, and phones being checked in or carried on. All of these have at some point caused issues with exploding batteries and yet it is smart bags and Bluesmart that is getting punished for this.”

Away CEO Steph Korey provided a more sanguine statement. “All Away Carry-Ons have batteries that can be easily removed. It’s a feature we thoughtfully designed, in part, because customers were asking for a charger that could be kept with them and used during flight,” he said.

If you plan to gift smart luggage this holiday season, be sure to choose a brand with a removable battery pack and try not to be disappointed when it’s rendered stupid in-flight.