The Lonesome Loser’s Guide To Flying Solo At Parties

This is the last time you fake a phone call or go to the bathroom just to have something to do.

Running with the bulls in Pamplona. Cycling Death Road in Bolivia. Racing over 250 km in the scorching Sahara Desert. Attending a party alone.

All equally terrifying prospects, attempted only by the bravest (and slightly unhinged) amongst us.

Some men can enter a room and, within minutes, become the resident party machine with a brand new crew of BFFs. For the rest of us, flying solo at a social event means cowering in a corner with Michael Cera levels of awkwardness, contributing nothing to the atmosphere but carbon dioxide.

Friends get busy, friends bail, and the most party-ful time of the year is here – so unless you want to spend your nights rewatching The Wire for the twelfth time because you can’t fathom socialising with strangers, it’s time to face your fears and learn how to survive a party alone.

Here’s how to do it. 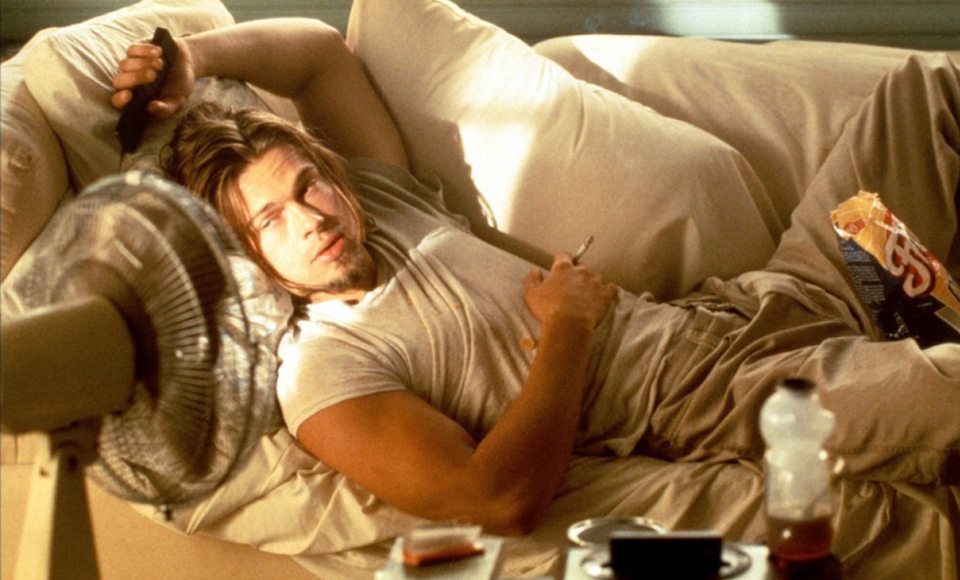 Check your baggage at the door. No one wants to befriend the sad sack who won’t stop whining about the date who didn’t show up or the immense amount of willpower it took to put on pants without a drawstring and leave the house. Knock off the negativity and refuse to feel like you don’t belong. If you received an invitation, someone clearly thought you’d be a valuable addition to their gathering. Focus on showing off the good qualities that got you there in the first place. 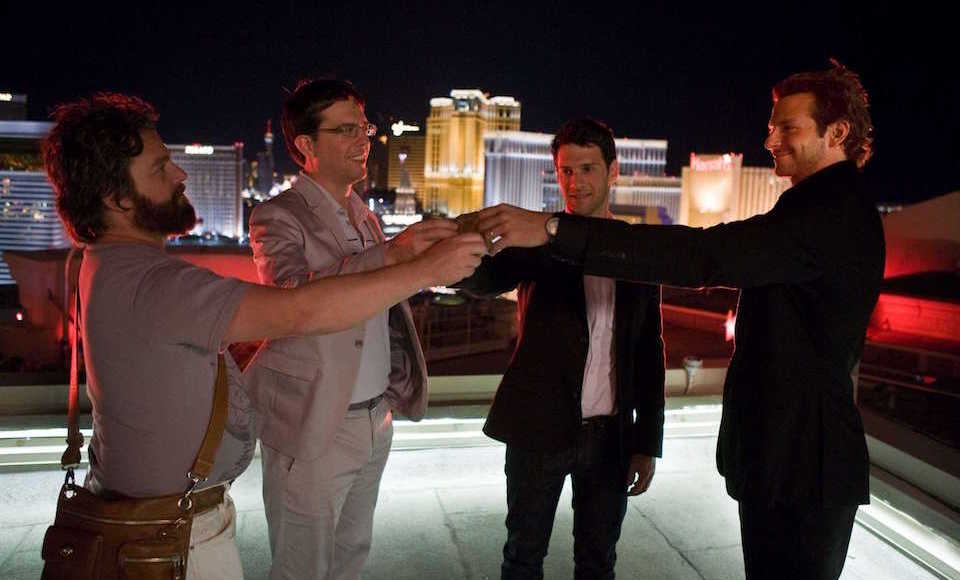 Somewhere along the line, arriving early to a party became more uncouth than arriving late. Even arriving on time feels uncomfortably premature. But if you’re going stag, that’s exactly what you should do. At the start of an event, everyone is mingling and trying to find their place, making them naturally more receptive to meeting new people. Wait too long, however, and they will have already found their cliques. It’s far harder to break into established groups that have already taken the time to get to know each other and find topics of mutual interest. 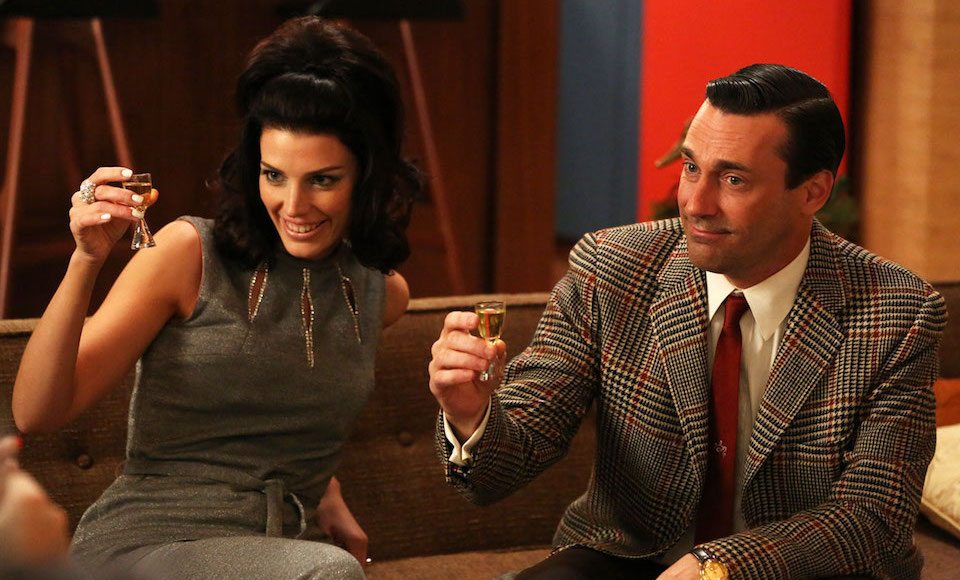 Rarely will a harried host say no to the offer of a helping hand. Not only is it a polite gesture, sure to earn the goodwill of the host and any bystanders who witness your selfless act, it also gives you something to do. Occupying yourself with a task leaves less mental energy for feeling stressed or awkward. It may also, depending on the duty, give you an opportunity to circulate through the event or act as an easy icebreaker.

Look For Other Lonesome Losers 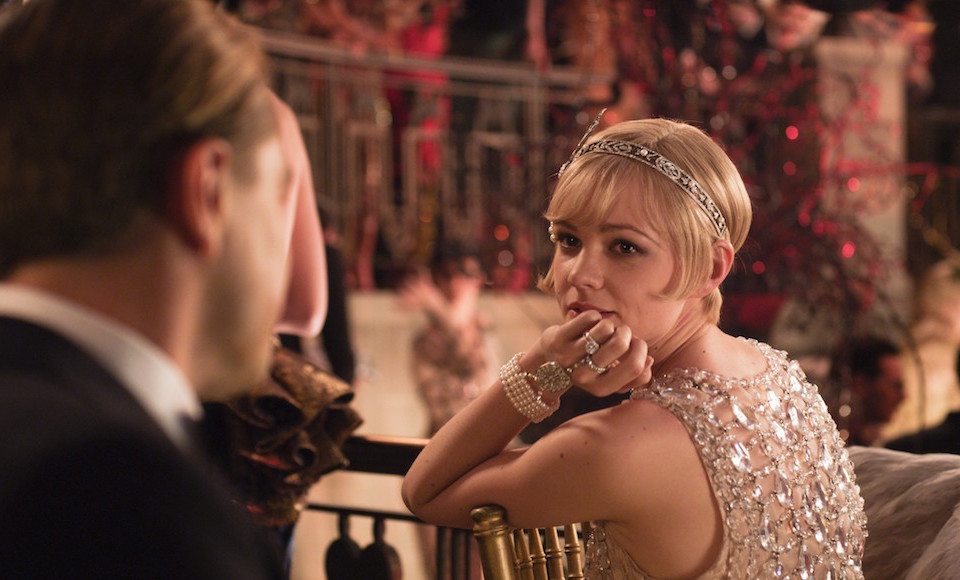 Birds of a friendless feather flock together. Survey the scene and look for any other lone wolves who may be attending. Odds are they’re feeling just as lost as you are, and would be thrilled to have someone strike up a conversation. Look for people standing shyly by themselves, wandering aimlessly to take in the scenery, or mindlessly scrolling through their phone in a hopeless attempt to appear busy. Put them out of their misery with a simple compliment or a comment on how overwhelming it is to come to an event alone.

Link Up With The Life Of The Party 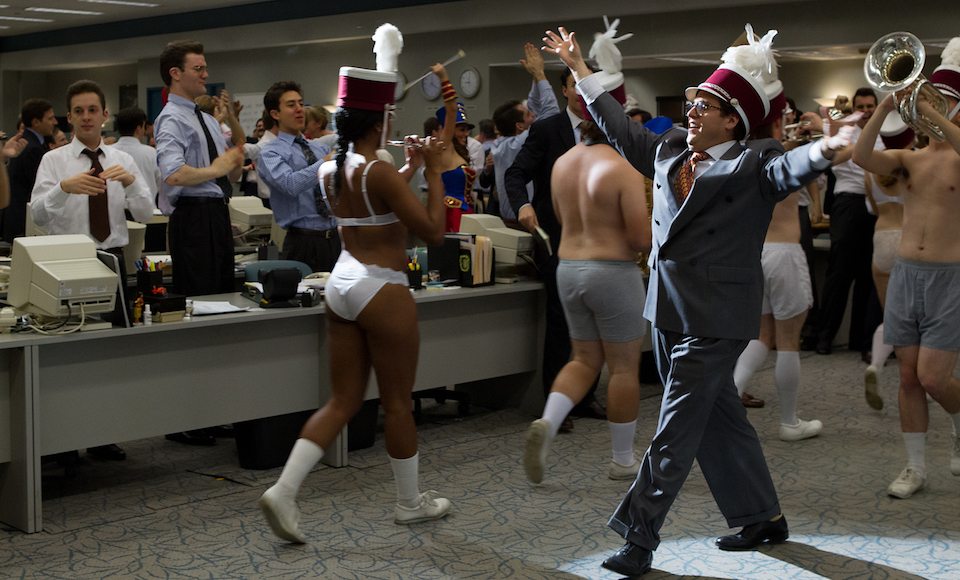 The Wolf Of Wall Street

The opposite of the loner strategy can also be effective: find the extrovert at the centre of everyone’s attention and say hi. Admit that you know no one and are a little nervous about it. Chances are, the life of the party will have no qualms about chatting with you, and they’ll feel like your knight in shining armour when they introduce you around. 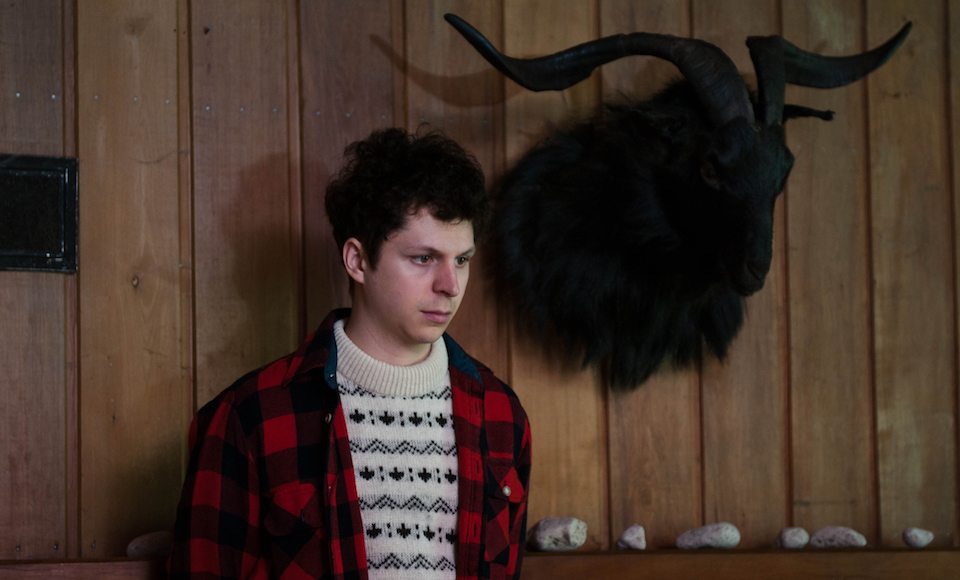 We’ve talked about the importance of body language before, but it bears repeating. How you carry yourself communicates as much as – if not more than – what you say. It’s also been proven to have a significant effect on your mood and mindset. When you exhibit closed body language – no eye contact, shoulders hunched, arms crossed defensively over the body, face glued to phone – other guests pick up on it and assume you’re not looking to socialise, and you actually feel worse to boot.

When you have open body language, on the other hand – good posture, open arms, a smile – you look at ease and approachable, and as a side effect, your positive body language causes you to feel more confident and less stressed.

Take Matters Into Your Own Hands 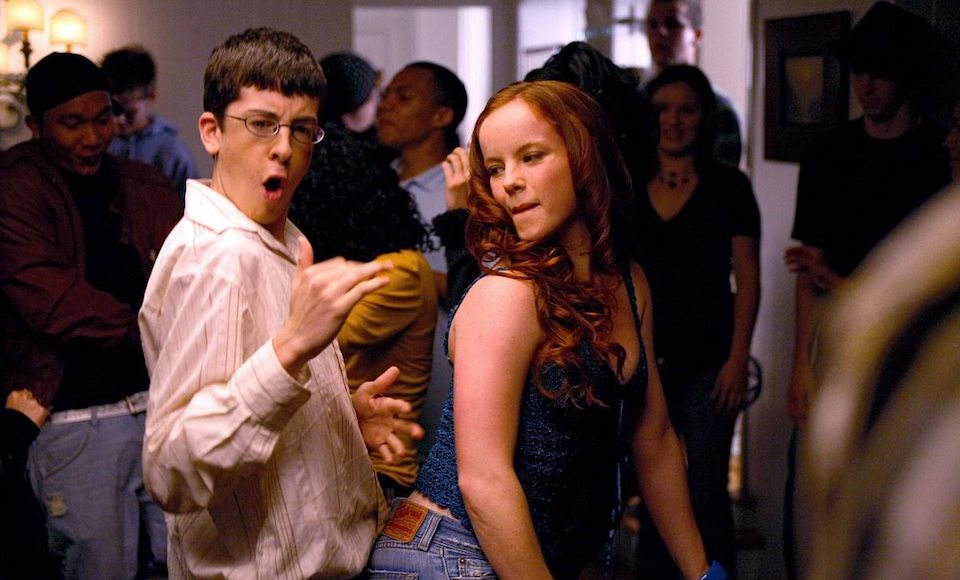 In an ideal world, your host will make introductions and make sure no one feels out-of-place. But if that doesn’t happen, and the aforementioned resident extrovert doesn’t take you under their wing, it’s up to you to get the ball rolling. Take advantage of being a stranger. Since you don’t know anyone, you have the perfect excuse to introduce yourself to everyone. If you struggle to initiate conversations, set a goal for yourself and turn it into a game. Challenge yourself to speak to a certain number of people, or socialise for a certain number of hours, before calling it a night. 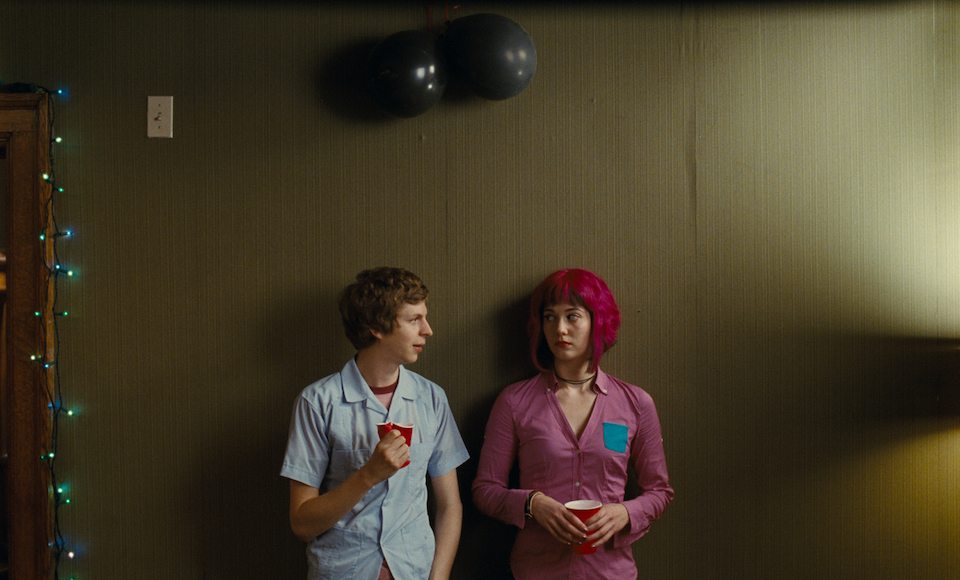 Scott Pilgrim vs. the World

Once upon a time, before likes and emojis became our preferred mode of communication, we used to talk to each other. Those skills may be a bit on the rusty side, so unless you’re naturally social, brush up on what it means to have good conversation skills. Maintain eye contact. Ask open-ended questions. Arm yourself with knowledge of current events or pop culture. Come prepared with icebreakers if you get nervous. Be an active listener. Search for commonalities. Don’t dominate the conversation. Avoid controversial subjects and judgmental comments. Use humour. End the conversation gracefully.

When In Doubt, Find The Food 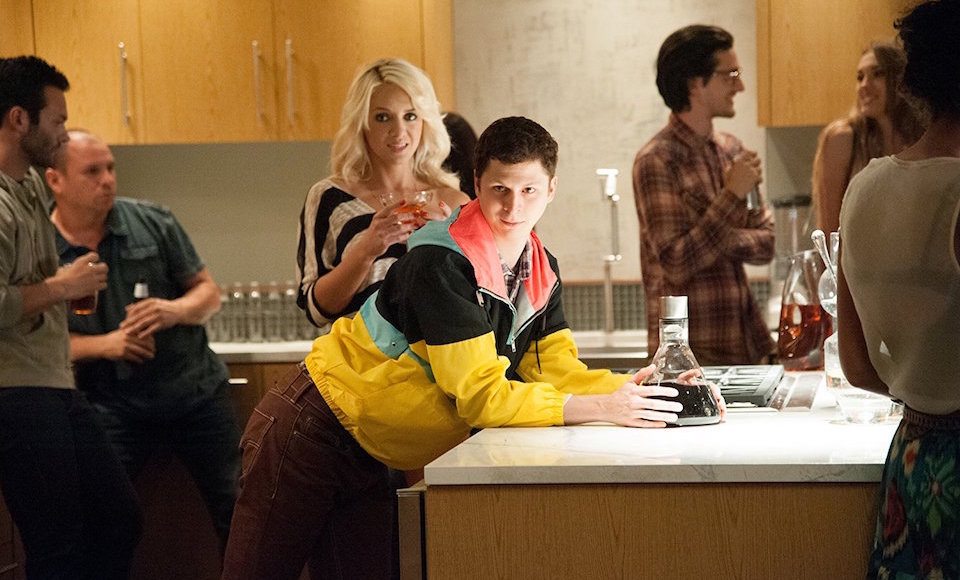 This Is The End

Ever noticed that people end up in the kitchen at parties, even when it’s crowded? No one is immune to the allure of eats, so if the thought of joining the main festivities makes your palms sweat, stationing yourself by the food or drink situation is a safe bet. You’ll be faced with fewer people at once, have a purpose to keep you occupied if needed, and have an easy subject to start a conversation around.

Remember: No One Cares 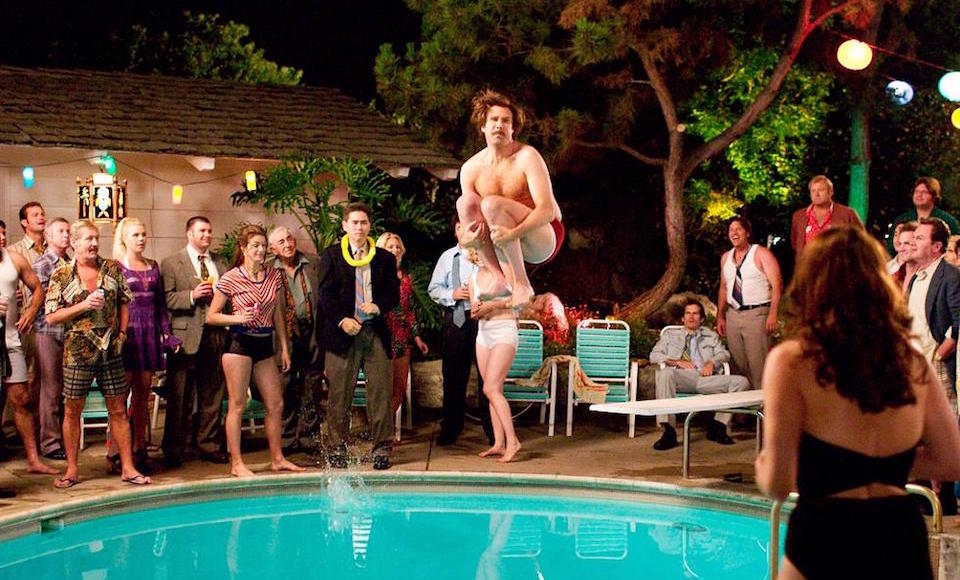 When you’re at an event alone, it can feel like there’s a spotlight on your every move. You’re preoccupied with looking cool, wondering what everyone thinks of you and whether they’re laughing about your lame loner status behind your back. But here’s the truth: no one gives a shit. We’re too obsessed with ourselves have energy left over for obsessing over you, so relax. Be who you want. Do what you want. Drink deep from the cup of liberty – and worst case scenario, should you make an ass of yourself, take comfort in the knowledge that no one knew who you were anyway.