This Virtual Reality Gym Could Be The Secret To Getting Swole

Do you even virtual lift?

Put the real dumbbell down. The founders behind the prolific fitness site Bodybuilding.com have a new project and it’s set to threaten the old ways of the gym. 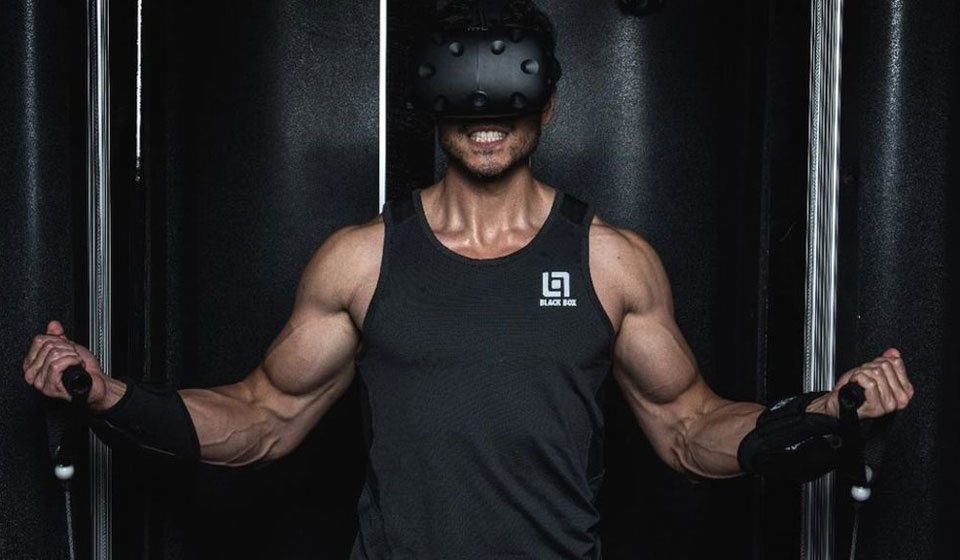 Do you even virtual lift?

Black Box VR is the start up venture from Ryan DeLuca and Preston Lewis which made its debut at this year’s CES. The goal? A promise to deliver a full body work-out via a 30-minute virtual reality experience – yes, like a video game for gym junkies.

“A full body workout via a 30-minute virtual reality experience – yes, like a video game for gym junkies”

The fitness set up utilises a custom-built resistance training machine paired with a HTC Vive VR headset. Once put together, the system takes up the size of a family bathroom – a feat previously unheard of in the realm of today’s commercial gyms.

Naturally, experts have raised a few safety concerns which they believe could impede the system’s success in the real world. The Idaho-based fitness firm however believes that the solution lies in allowing participants to join a virtual arena where they can compete against an avatar or potentially each other – yes, like online gaming for Black Box VR users.

DeLuca and Lewis’ lofty goals for Black Box VR don’t just reside in the virtual space though. The duo have noted that their business plan includes opening up boutique gyms across the United States where members can enter their own personal ‘Black Box” space for a gamified workout that is tracked and recorded for progress.

The pair also haven’t ruled out devising a more compact system for the home.

“Most people stop going [to the gym] after a couple of weeks so adherence is something that’s a critical factor of what we’re trying to solve,” Black Box VR general manager Jim Bradbury told the BBC an interview.

The most important aspect facing Black Box VR’s entry into the fitness industry is its effectiveness. Job Stauffer who is a former games developer and now works with the VR Health Institute and Black Box VR admits that the digital realm of fitness has helped him drop more than 37kg.

Stauffer claims that games such as Sound Boxing which is like “Guitar Hero for the arms and Space Pirate Trainer which is like using a cross trainer, helped him drop the calories. He added that the VR Health Institute is currently in the process of developing a Pan European Game Information (Pegi)-style rating system which grades games based on their activity levels.

With the juggernaut of Bodybuilding.com behind the project, Black Box VR should have a decent shot at the fitness industry. Whether or not it will catch on is still to be seen.