Robot Strippers Danced In Vegas And The Future Just Got Weirder

Their motherboards bring all the boys to the yard. 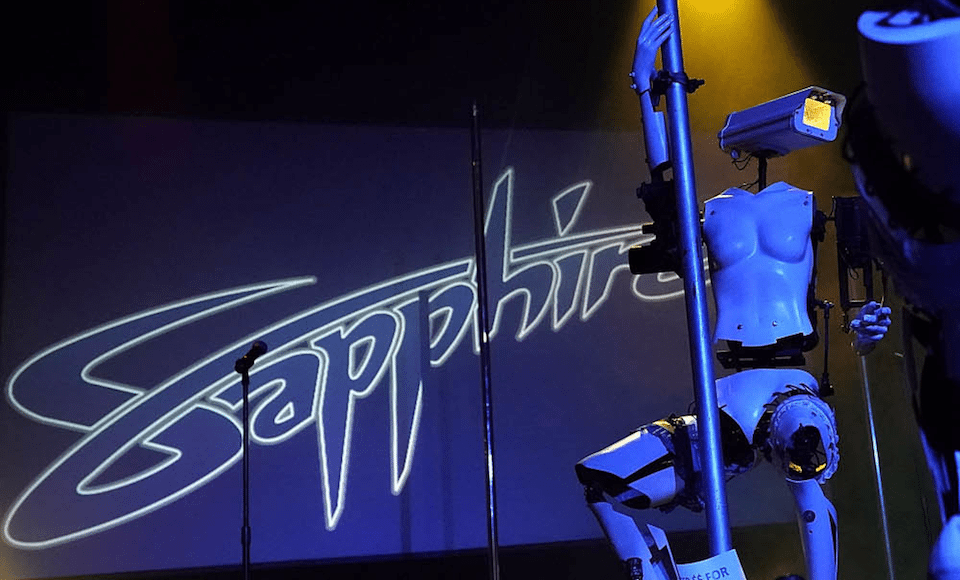 In the future, robots will be our tailors, our astronauts, and our tattoo artists, but do androids dream of exotic dancing? Just ask #R2DoubleD and #TripleCPU.

For one bizarre week during the 2018 Consumer Electronics Show, the punnily named duo of robot strippers invaded a Las Vegas gentleman’s club to shake what their motherboards gave them.

“Come watch sparks fly as the robo-twins gyrate on the pole, shake their hardware and leave everyone wondering if those double D’s are real or made in ‘Silicone’ Valley,” boasted the official website for the Sapphire Las Vegas club.

Unlike Sophia, the robot granted citizenship in Saudi Arabia last year, #R2DoubleD and #TripleCPU are not designed to look like humans. Instead they look straight out of dystopian sci-fi scene, complete with hard plastic anatomy, visible wiring, and CCTV cameras for heads. The effect is decidedly unsettling, as you can see in the promo video below.

“We thought this would be a great way to tie into the CES crowd,” Sapphire owner Peter Feinstein said told the Las Vegas Review-Journal before the unveiling. “These robots are interesting because of the technology, and they’re a lot of fun. They really are art pieces, originally.”

Indeed, the bodacious bots were designed by an artist, Giles Walker, who originally intended them to be a political message against the British government for its extensive use of closed-circuit surveillance.

“At the time (when I made them), they were putting CCTV cameras up all around London, and Britain was becoming the most surveilled society in the world,” he explained to The Verge last December. “So I was playing with this idea of voyeurism, and who has the power in that relationship; whether it’s the voyeur or the person being watched.”

It didn’t take long after their debut for Walker to start receiving requests for the robot strippers to appear at parties, and so, begrudgingly, he accepted their new role as spectacle rather than statement.

Them robots comin for EVERYBODY job pic.twitter.com/sHYVt88Zta

“They will invent the sex robot,” he told Recode. “Everyone’s striving to do it. I’ve been approached as well, but I think it’s a really dark area. I’m loath to go there.”

“[Just] because it’s legal, does that mean it’s a healthy thing?” he continued. “The dark side of the sex industry will create some really fuckin’ nasty, nasty stuff, and I think, ‘Is it worth it?’”

He isn’t the first one to express concerns over a future with shaggable robots. Along with the obvious moral and ethical questions about cybernetic sex, experts have issued multiple warnings about a world with mechanical bedfellows. 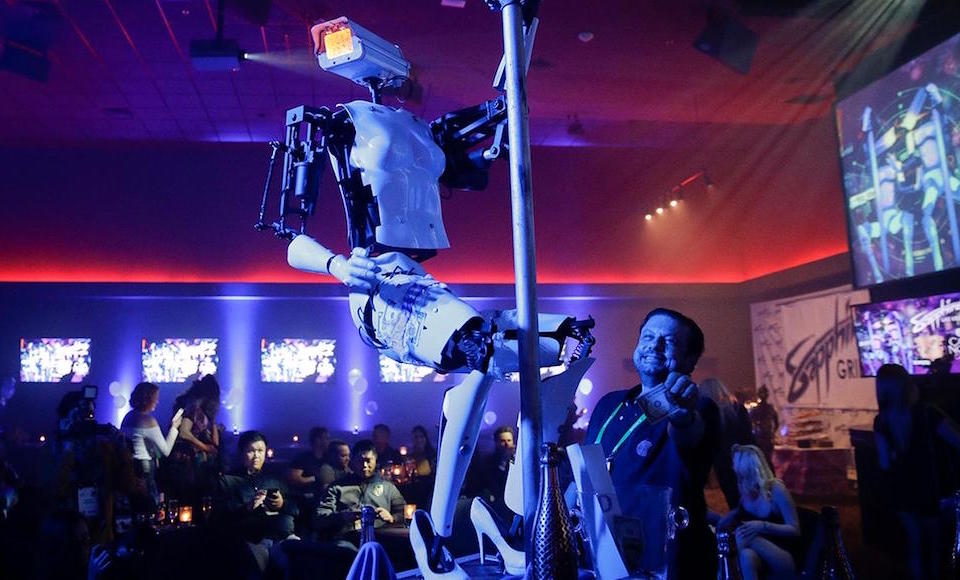 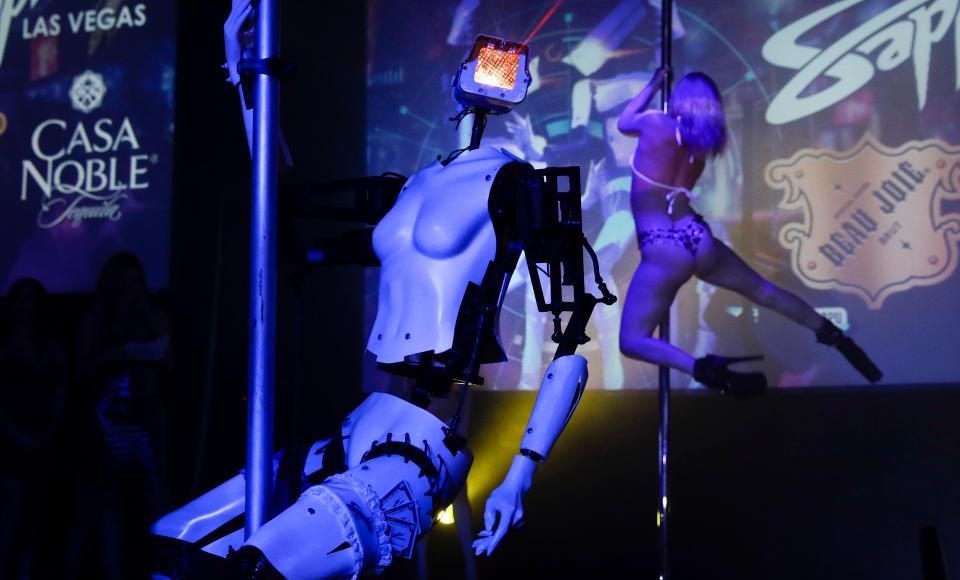 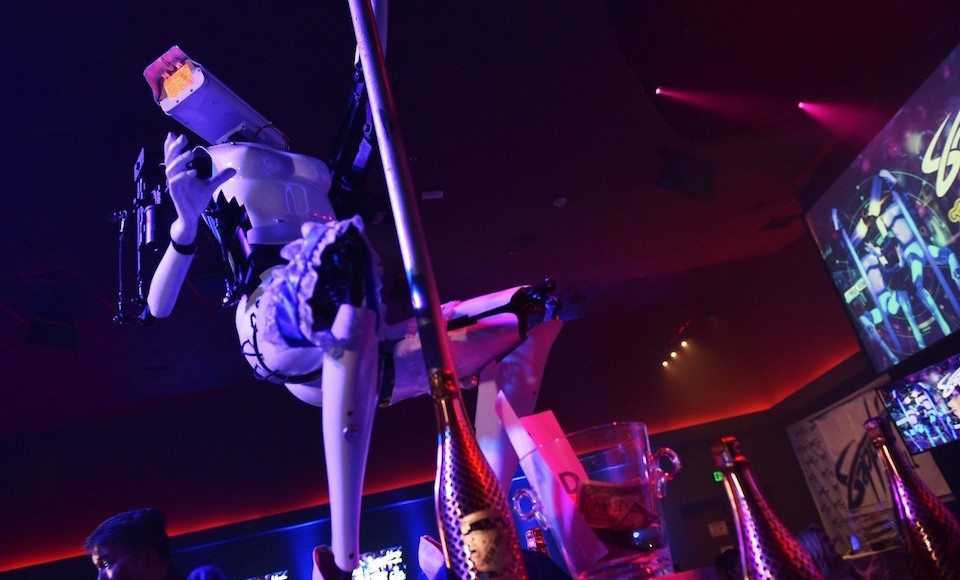 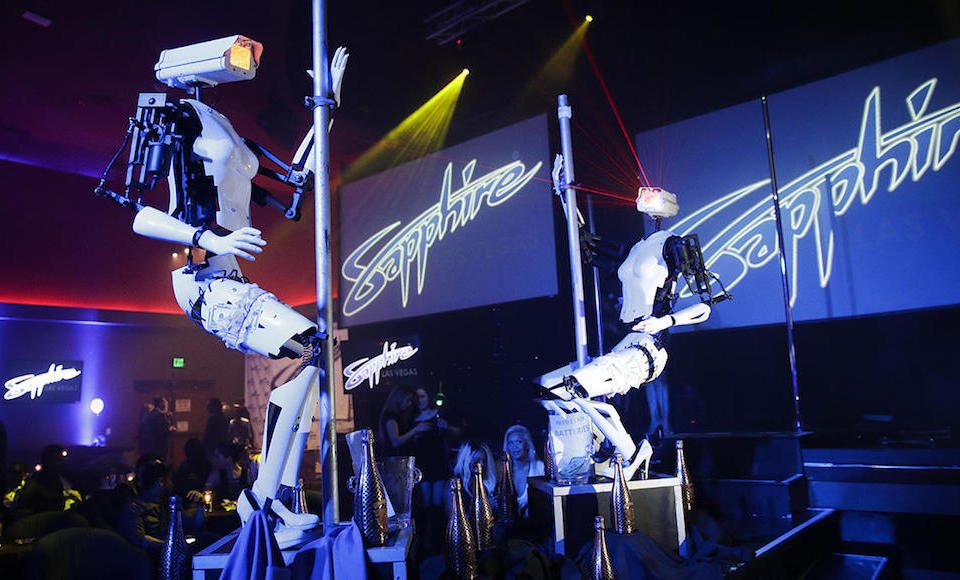