How To Survive Your First Year Of Marriage, According To Divorced Experts

You chose the ring. She said yes. You walked down the aisle, ate cake, and managed not to make a fool of yourself on the dancefloor. Now you’ve sent out your last thank you notes and the honeymoon is over.

With the dust settled on your epic marital shindig, you’re faced with the actual reality of being married. And for many newlyweds, the hard part is just beginning.

A 2012 study found that “people married for less than a year have lower levels of wellbeing than people in any other year of marriage.” Relationship experts agree – many couples experience a wedding hangover and struggle to adjust to life in the aftermath.

Some call it “the wet cement year”. Those first 365 days are a precarious and delicate time, in which a newly married couple lays the foundation for the rest of their life together. Get mired in the muck of bad habits and poorly chosen priorities, and once the cement hardens, it’ll take extensive construction work to set it right.

So how does a freshly hitched fella survive his first year of marriage with his sanity intact? Read on for the expert advice. 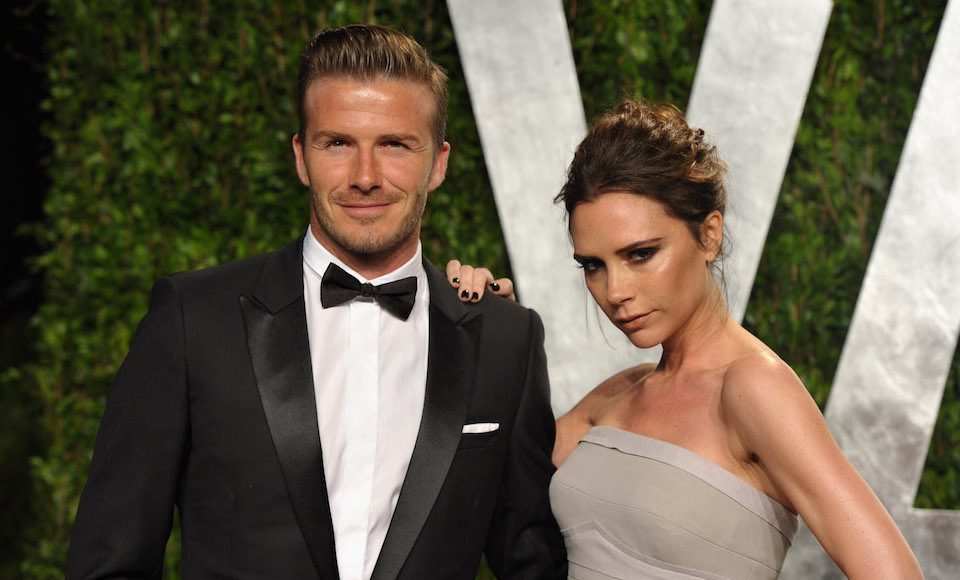 Even if you didn’t grow up worshipping Disney princesses, the idea of fairytale romance is so ingrained in society that many newlyweds – yes boys, even you – expect it. The problem is, most of those stories end with the wedding, so we never see Prince Charming get pissed at Snow White for spending too much time with the dwarfs or Belle bickering with the Beast over whose turn it is to take out the bins.

Happily ever after only works in Hollywood. For the rest of us, a happy marriage starts with communication, and lots of it. Come to your marriage knowing that it won’t be as simple as riding off into the sunset. Speak honestly about your goals, expectations, fears, and visions for the future. Unless you married a Ouija board, your partner is not psychic (and neither are you). Open lines of communication are the only way to create a relationship that works for both parties.

Don’t Put Off The Tough Conversations 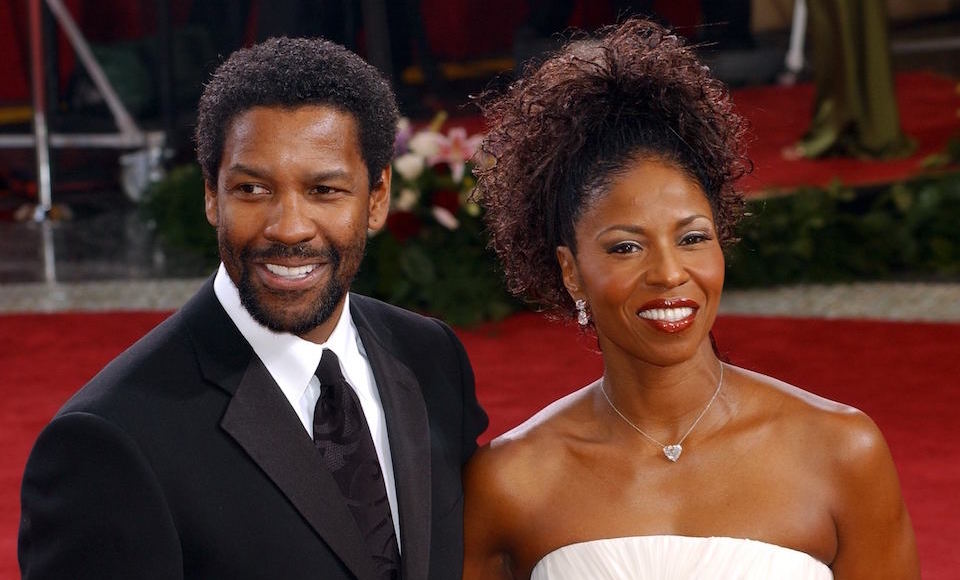 From debts, to procreation plans, to whose family you’ll see for the holidays, to that really embarrassing thing that happened that one time in Bali, there are certain conversations you’d rather never have. Unfortunately, having them is not only essential, it’s best done ASAP. Ideally you’ve tackled a lot of the Big Conversations™ even before the ring, but if that opportunity came and went, put on your big boy britches and broach the subjects post-haste. The sooner you get on the same page about what matters most, the better prepared you both will be when issues arise. 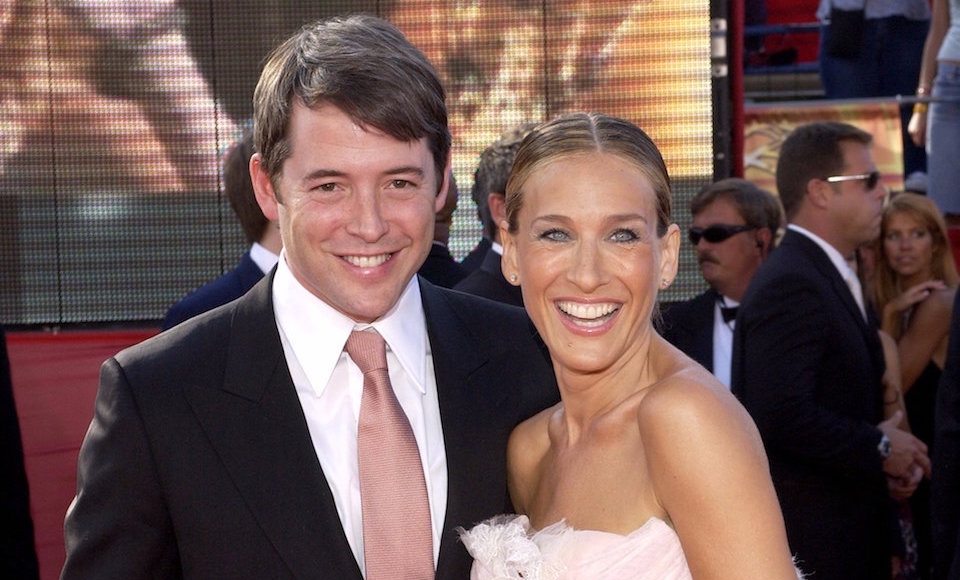 Boredom: the silent killer. Getting stuck in a rut of tedious routine has crushed many a once-joyful couple, and after the ultimate high of a wedding, daily life can feel especially dull. Make a conscious effort to generate excitement in your relationship. Research shows the taking risks or experiencing something new together – aka ‘novelty’ – can trigger dopamine, a neurotransmitter associated with reward and pleasure in the brain. The more dopamine present in a couple’s brains when they’re together, the stronger their bond will be.

Relationships thrive on novelty – on newness, on thrill, on the ability to continue learning and growing together. To show boredom who’s boss, try traveling, taking a class, reading the same books, playing a sport, learning a new language or skill, or starting a home improvement project together.

Take Nothing For Granted 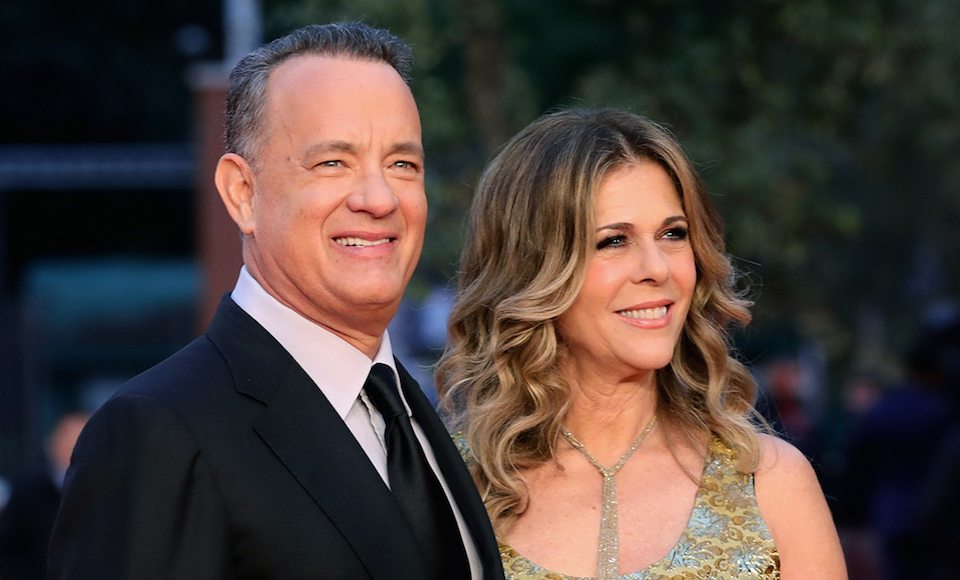 ‘Gratitude’ is a favourite word of hippie wellness gurus, but aside from drinking raw water and expecting miracle health cures from crystals, those guys are onto something. You are now legally bound to your spouse ’til-death-do-you-part, and it’s normal (and wonderful) to get more comfortable in a relationship the longer you’ve been together, but comfort is not an excuse for laziness.

Autopilot is the enemy. Continue to make an effort with your partner, whatever that means for you. Arrange a date night (more on that later), offer to take on a household chore you know they hate, and for the love of Clorox, do not leave the door open when you’re on the toilet. Consider this a form of saying thank you for their inexplicable willingness to yoke themselves to you until the proverbial bucket is kicked.

The flip side of the coin is equally important. When your spouse makes an effort with you, unleash the G-word. Acknowledge what they have done and say a clear thank you. Be on the lookout for the little things in particular. Though they may be small gestures, they are the ultimate symbols of your ongoing love and commitment.

Decide What ‘Equal’ Means To You 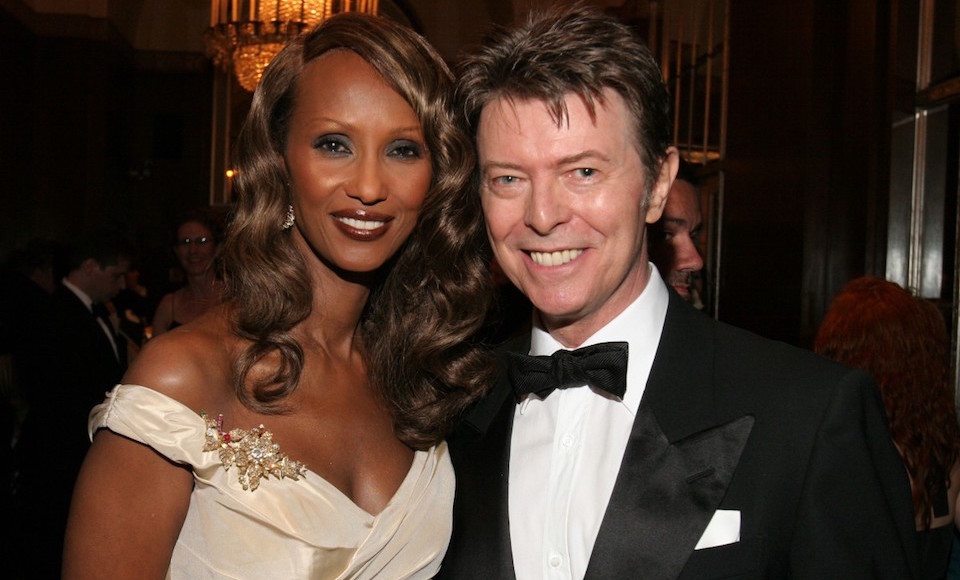 This one may puzzle the math nerds out there: equality doesn’t always mean 50-50. Any healthy relationship must build a sense of balance, but what “balance” means is different from couple to couple. Remember: the first year of marriage is the wet cement year. It’s essential to establish routines and roles that work for both spouses.

Let’s try an example. In historically “traditional” family units, husbands were the bread winners while wives managed the home and children. That division of labour still works for some couples. For others, the roles are switched. And for many, the roles look nothing like that. The point is, there’s no rulebook that works for 100% of couples. The roles and routines of your relationship can be anything you want, as long as both partners are content with the arrangement.

It’s also imperative to remember that circumstances can – and almost definitely will – change over time. There may be a period in which you’re swamped with work so your partner picks up the slack at home. Six months later, you’ll be mopping floors and hand washing delicates while they rack up overtime. The balance of your relationship will ebb and flow, and the most important thing is to be conscious of when and how it changes. 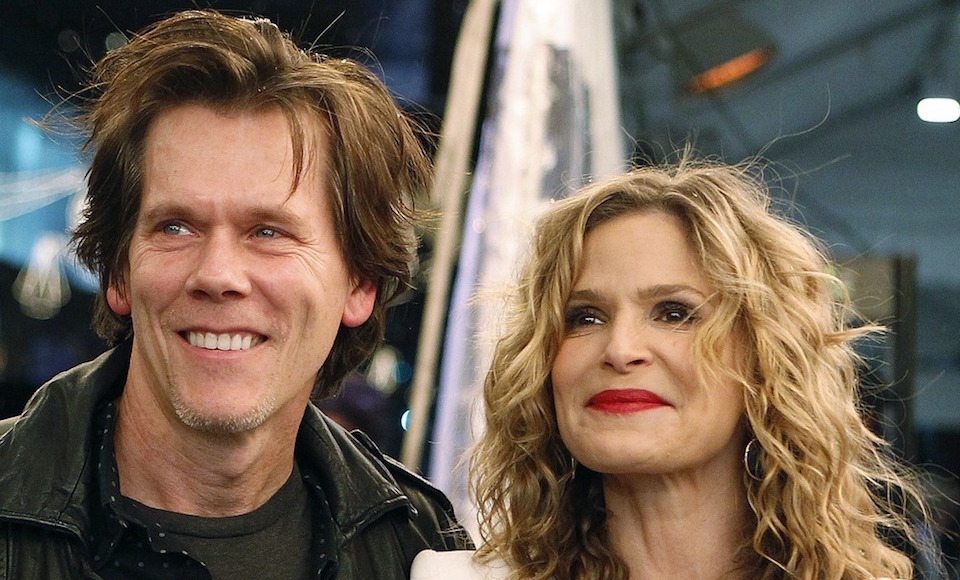 Here’s the thing about those first 12 fragile months: you’re going to f*** up. She’s also going to f*** up. You may even f*** up simultaneously. Every day will not be perfect, and some won’t even be good. Don’t obsess over getting everything “right” or beat yourselves up when you very clearly didn’t. Don’t hold grudges or keep score. Give each other the benefit of the doubt and the freedom to occasionally say the wrong thing as you figure it all out.

Whether or not you’re new to marriage, you’re new to this marriage. There will be a learning curve, and you both need space in which to screw up, learn, apologise, and grow. Go easy on each other and yourself.

Secure Your Own Oxygen Mask 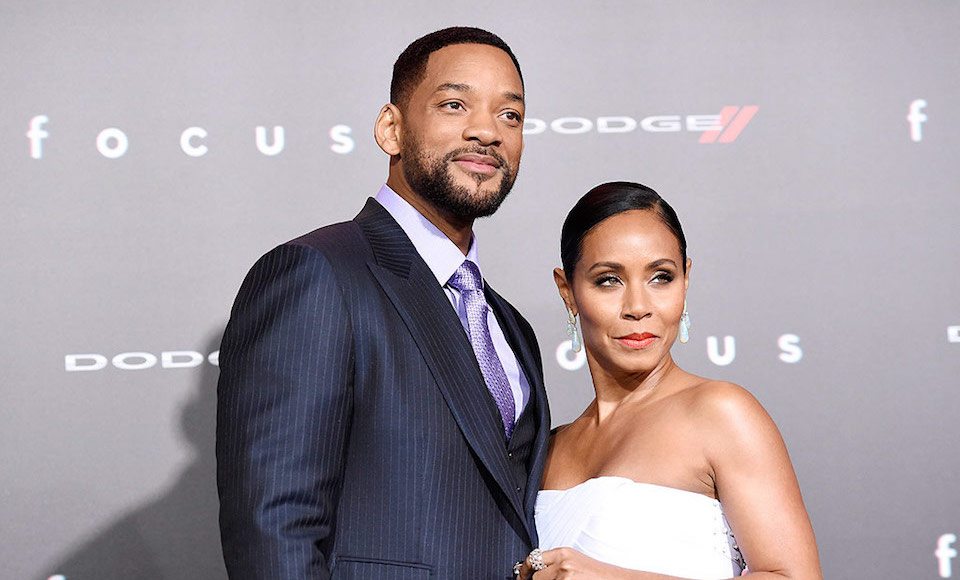 Not only is that essential in-flight emergency protocol, it should be your motto for life. As much as marriage is about taking care your partner, it’s also about taking care of yourself. It’s impossible to be a loving, supportive, happy spouse if you neglect your own needs or lose yourself in the relationship.

Forget what you’ve heard about soulmates being two halves of a mystical marital whole. Marriage is two wholes choosing to navigate a life together, and sometimes that will mean enjoying life apart. There’s no shame in needing a quiet night in or a camping trip with the boys. When you’ve recharged and reconnected with yourself outside of your relationship, you’ll feel reenergised within your relationship.

Do Not Underestimate Date Night 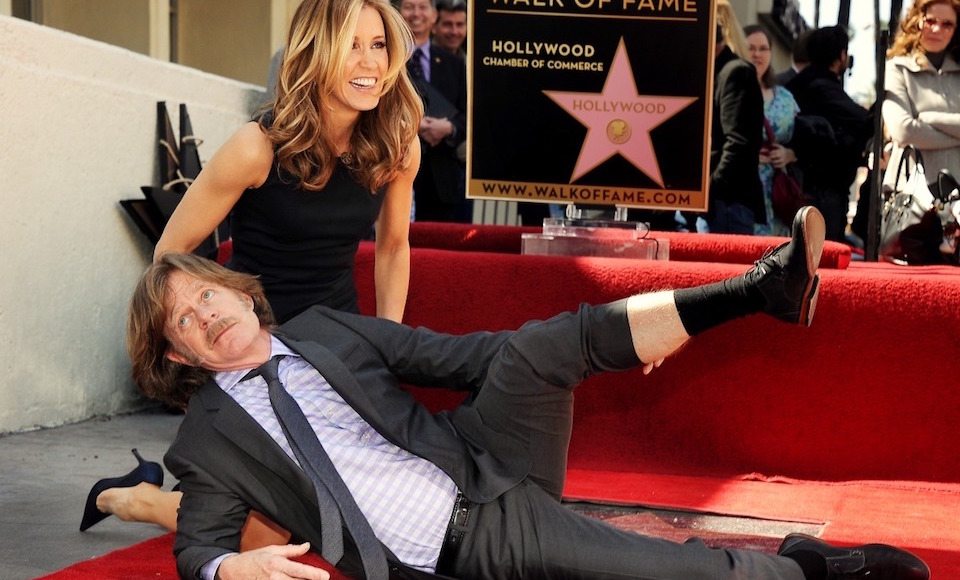 Look, just trust us on this one. A part of you recoils every time you hear the words “date night”, but making them a regular fixture in your routine is key to keeping marital bliss blissful.

Surviving the first year of marriage – and every year after that – doesn’t take sorcery. It takes effort, yes, but it also takes fun. Ideally, a lot of it. Continuing to date is exactly what keeps the magic alive and the sparks flying. Make it a priority to make each other feel special on a regular basis, and enjoy the ongoing reminder of why you fell for each other in the first place.