Declare your bankruptcy with a smile. 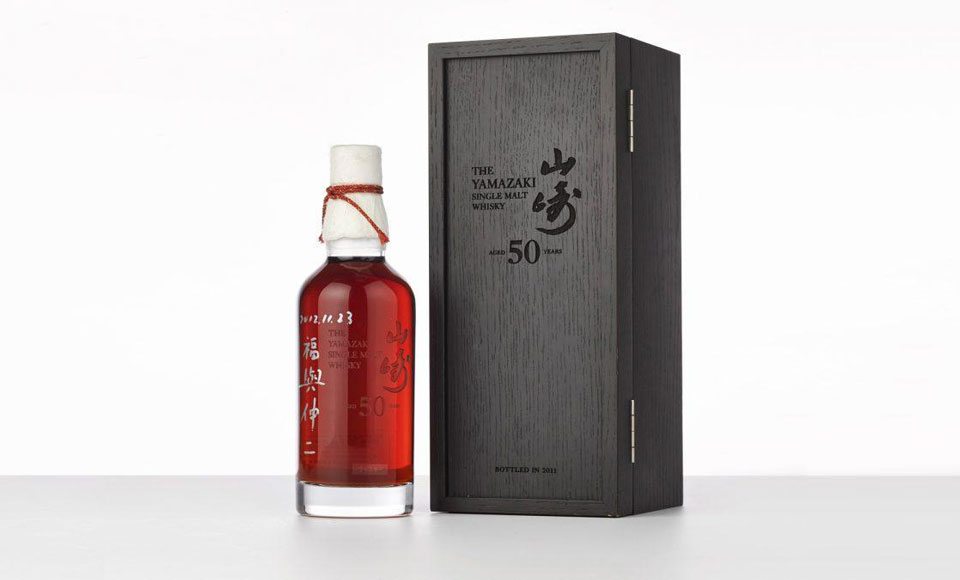 There’s expensive whisky for the rare occasion and then there’s one for the record books. As of January 30 this 50-year-old Yamazaki bottle just joined the latter, going under the hammer via Sotheby’s Hong Kong for a staggering HK$2.3 million – that’s a smidge over AU$372,000 for you local bean counters.

This latest sale sets the record for the most expensive Japanese whisky ever sold and also reaffirms a movement that has been compounding in recent years. The expansion of the luxury whisky market is growing at a rapid pace to a point where highly sought-after bottles can now fetch double its pre-sale estimate (and spawn ideas like whisky investment funds).

Paul Wong, who is a specialist at Sotheby’s Wine, Asia, expressed his excitement with the latest sale.

“We are thrilled with the new world auction record set by the Yamazaki Aged 50 Years NV, the highest price achieved for any single bottle of Japanese whisky.”

So how strong is the demand for Japanese whisky exactly?

Japanese spirit retailer dekantā recently launched a ballot to win a chance to purchase one of 150 bottles of Karuizawa 35-year-old single sherry cask whisky – a bottle which retails for AU$15,000 each. That’s right – there are now ballots to earn the chance to buy expensive whisky – a move previously unheard of in the industry.

Perhaps it’s finally time to get off the cryptocurrency bandwagon and join the luxe whisky one instead.