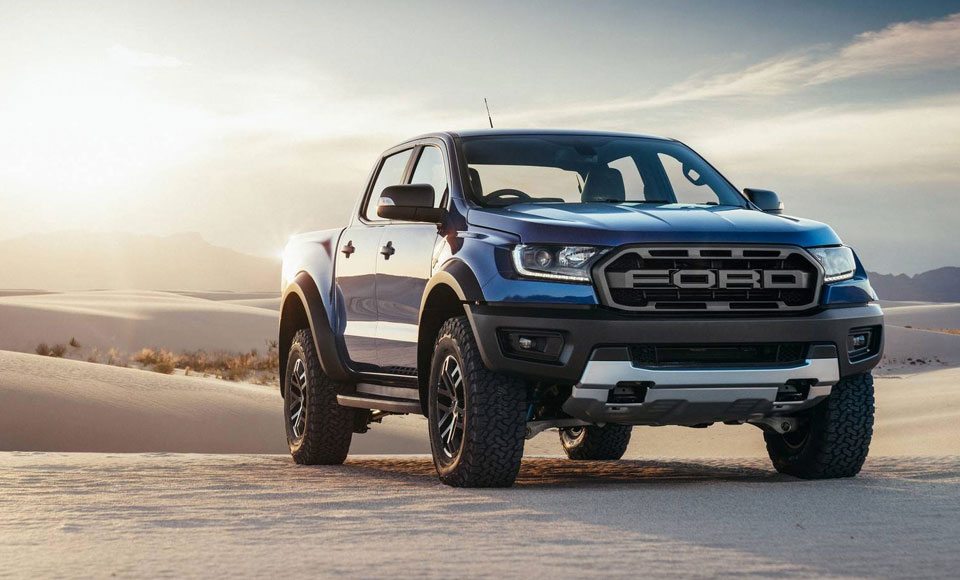 Be still, classy tradie. The blue oval has finally revealed their latest performance ute in the 2018 Ford Raptor.

The Raptor is the steroid-injected variant of the Ford Ranger and sees a complete overhaul of suspension, chassis and engine components to bring a touch of off-roading prowess to the performance equation. The result is the menacing vehicle by Ford Performance that’s laid before you.

The goods come in the form of a heavily reinforced chassis and panels which includes a silver underbody protection plate made from 2.3mm high strength steel, a modified rear bumper with integrated tow bar boasting a 2,500kg brake towing capacity and 3.8 tonne recovery hooks.

Even the wheel arches weren’t spared with strengthened composite flares now making room for bigger wheels and increased suspension travel. Speaking of suspension, the conventional leaf spring items often found on the rear of utes have been tossed out in favour of Watt’s linkage suspension complete with a coilover spring setup. This is designed to improve lateral support whilst aiding handling. Up front the Raptor utilises Fox Racing’s long stroke dampers to really endorse venturing off the beaten track.

And finally we reach the power unit. The Australian delivered Ford Raptor will see a 2.0-litre twin turbo four-cylinder diesel engine delivering 157kW of power and 500Nm of torque sent to all four wheels. A 10-speed transmission will also be paired with Ford’s Terrain Management System (TMS) which has been custom tweaked for the Raptor to provide nine driving modes: Normal, Sport, Rock, Grass, Gravel, Snow, Mud, Sand and, wait for it, ‘Baja’ mode – the one dedicated to high-speed off-roading as inspired by the Baja Desert Rally.

The Raptor also gets a decent makeover on the inside with bolstered sports seats to keep the driver and passenger snug during more spirited sessions. The steering wheel also features a red centre mark strip, a touch normally reserved for race cars, just incase you forget your steering angle input.

Ford Australia have yet to release any pricing figures on the new Raptor but given it’s the halo model, punters can expect to fork out over than $80,000 for the ultimate performance ute. That is, until it sees some competition in the AMG variant of the Mercedes-Benz ute. 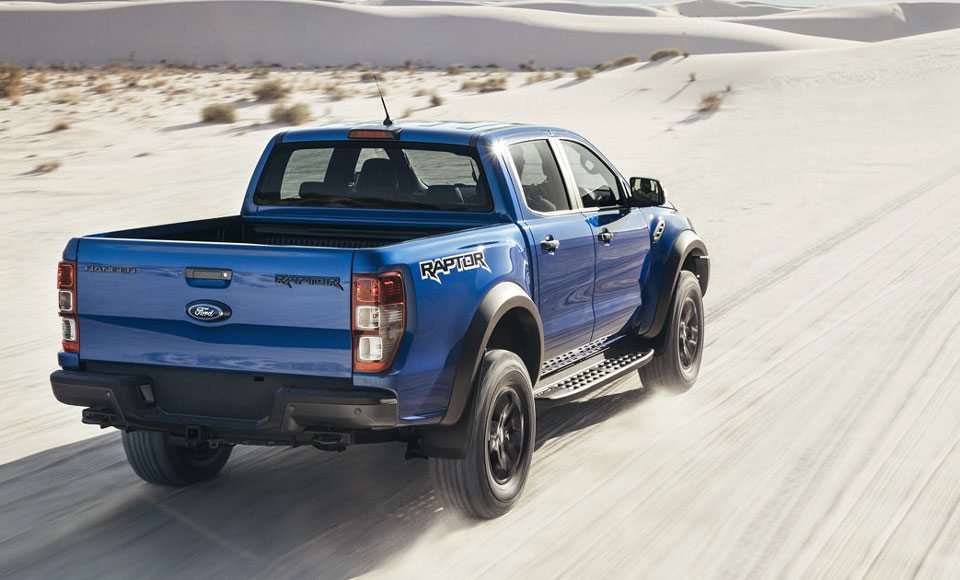 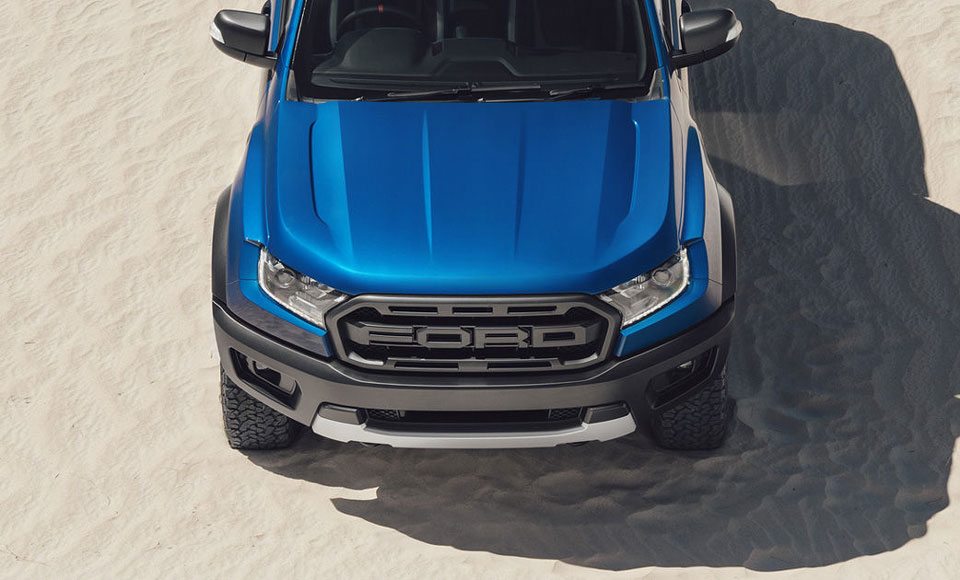 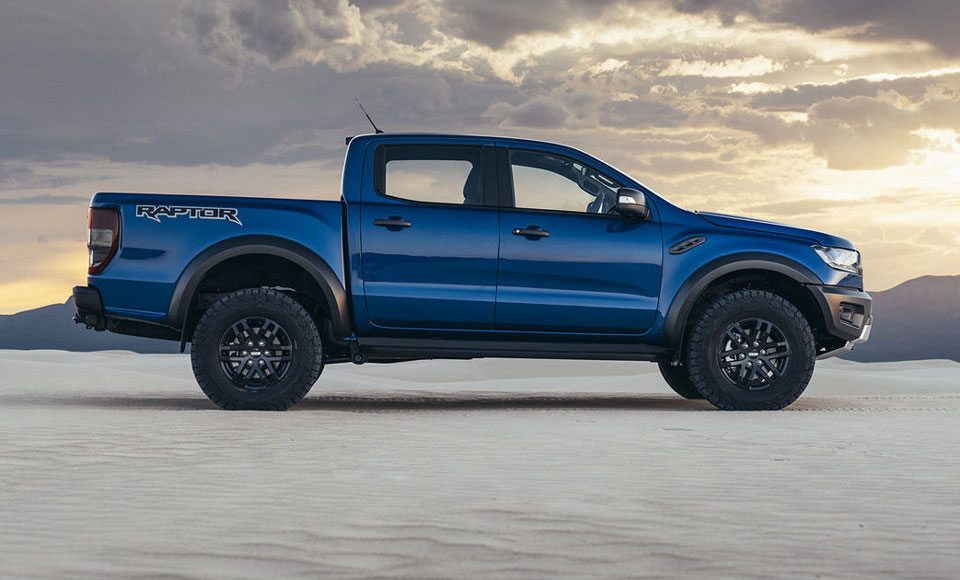 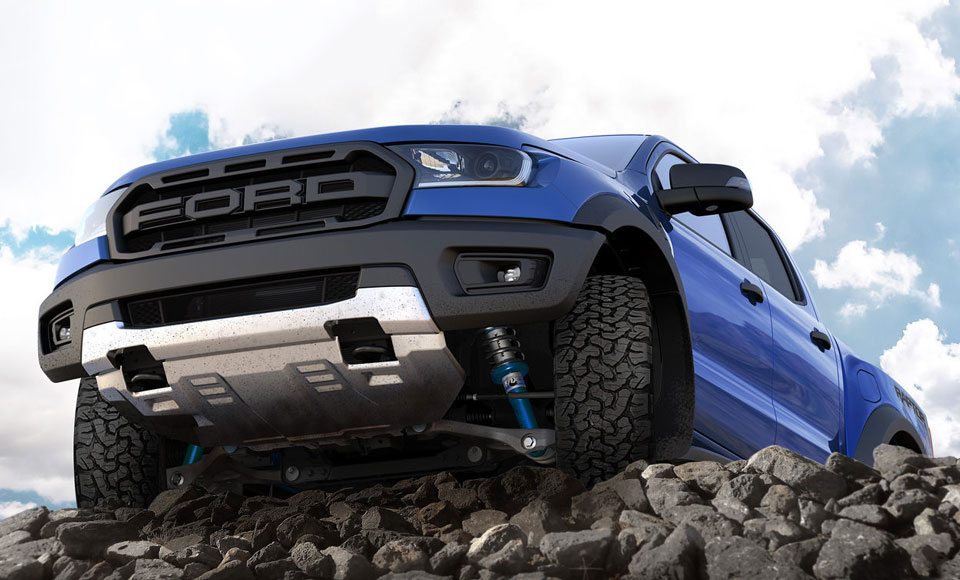 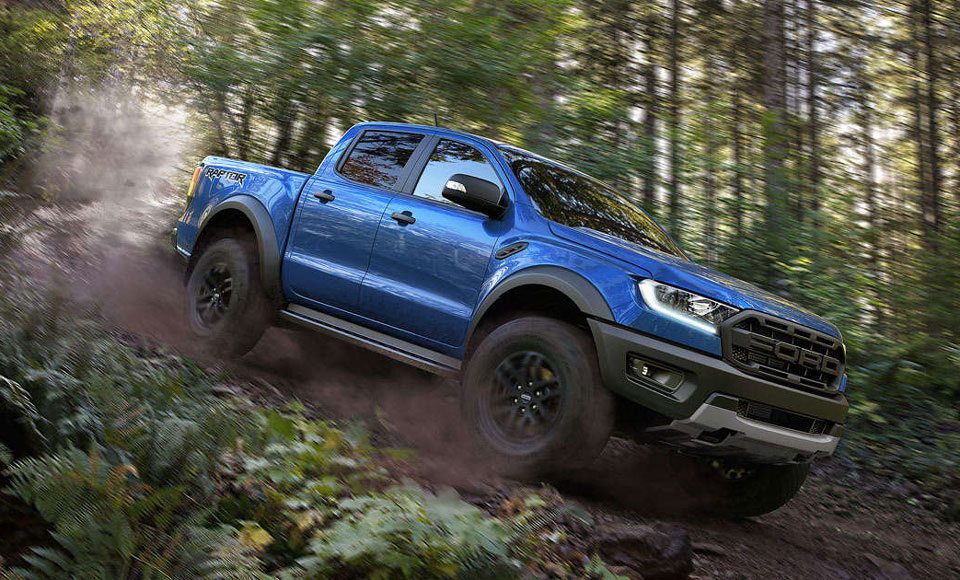