Fries, chips, pommes frites… whatever you call them, connoisseurs of deep-fried potatoes agree: McDonald’s makes some of the best and most addictive around.

Just how good are they? So good that Kanye West once wrote a poem about them, and according to a newly released Japanese study, they may contain the secret to curing baldness. 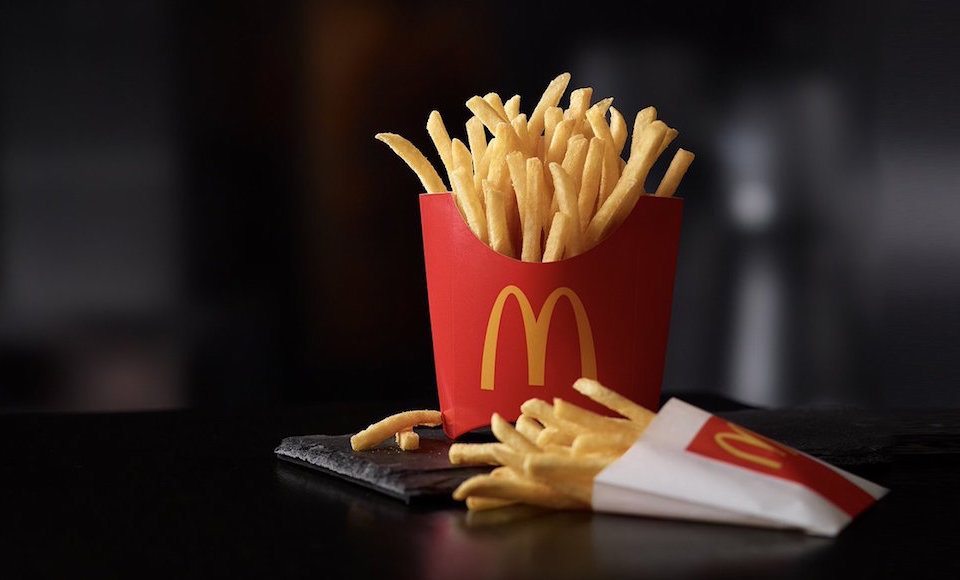 Scientists at Yokohama National University published their surprising fast-food-meets-follicles finding in the journal Biomaterials. Their research discovered that dimethylpolysiloxane – an anti-foaming agent made of silicone added to the oil used to cook Macca’s famous fries – could be key to improving hair regrowth therapies and “may lead to a new treatment for hair loss.”

Reducing or reversing baldness requires the regeneration of hair follicles. To date, scientists have struggled to produce new follicles on a large enough scale to be effective. When using dimethylpolysiloxane, however, the YNU researchers were able to generate up to 5,000 hair follicle germs (HFGs) simultaneously.

“The key for the mass production of HFGs was a choice of substrate materials for culture vessel,” said study author Junji Fukuda in a statement. “We used oxygen-permeable dimethylpolysiloxane (PDMS) at the bottom of culture vessel, and it worked very well.”

Of course, Fukuda’s team didn’t just round up a bunch of bald guys and start experimenting. The initial experiment was conducted on mice who had the HFGs transplanted onto their backs and scalps. New black hairs sprouted up in the transplantation areas, and while it may not be as exciting as turning Bruce Willis into Fabio, the researchers say their findings bode well for human subjects later down the line.

“This simple method is very robust and promising,” added Fukuda. “We hope that this technique will improve human hair regenerative therapy to treat hair loss such as androgenic alopecia.”

Sadly, this is not license to gorge on McDonald’s greasy golden sticks. The company barely mentions dimethylpolysiloxane as a fry ingredient, including it only in small text at the bottom of a webpage:

“Our fried menu items are cooked in a vegetable oil blend with citric acid added as a processing aid and dimethylpolysiloxane to reduce oil splatter when cooking.”

Its relegation to the fine print might be because it’s also the primary ingredient in Silly Putty. And in caulks, adhesives, aquarium sealant, breast implants, and cosmetics. Call us crazy, but that ranks fairly low on the list of most appetising thing we’ve read today.

If you can get past that, there’s still a catch. The study concluded that dimethylpolysiloxane alone won’t stimulate hair growth, so simply going on an all-fry diet won’t transform your sparse pate into a luscious lion’s mane. A scientific miracle is needed before Super Size Me becomes a cosmetic treatment instead of a cautionary tale.

Teeth Whitening Review: A Very Honest Opinion From Someone With Very Bad Teeth

Did The Simpsons Predict The Worst Men’s Haircut Of 2021?

Two Weeks With A Man Bun: Everything I Learnt Being A Hipster Cliché

The ‘Slim Shady’ Cut Just Got A Modern Update. Try It At Your Own Risk