Side Hustles Are Often The Path To Success, But Are You Up To The Challenge?

Hustling a passion project could be your path to greatness (and riches). 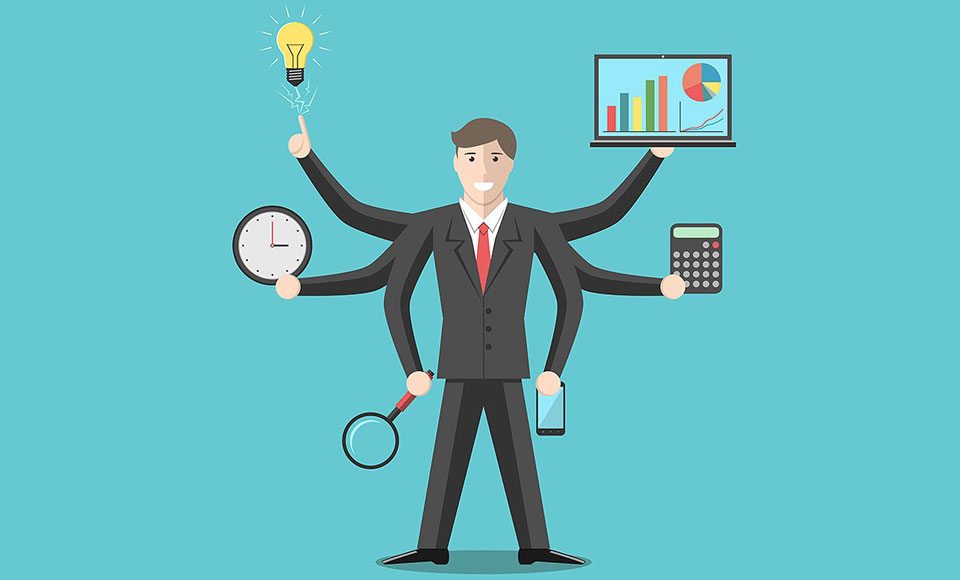 You promise yourself year after year that you’ll start your side project, but here we are, late in February and the ball is still rolling to place called nowhere. And it’s okay, we get it. There are ten reasons not to start your own thing today, and ten more not to tomorrow. The cycle goes on.

Building a side hustle is both empowering and intimating. But if you want to build something you’re actually proud of, it’s the only way to put your ideas into action.

If you’re still sceptical, here’s how you’ll know when you’re ready to take on this new path.

“If you skydive, snorkel, invest in Bitcoin, travel around the globe, or have one night stands off Tinder – I’ll bet the side hustle is for you.”

Every side hustler I know is tired of making money for someone else.

They design, write, create, build, and they do it for the profit of others. Funnelling your passion into someone else’s dream is deflating. Only you can change that and build something for your own.

Take Amani Roberts, founder of The Amani Experience, who left his corporate job to pursue the overcrowded market of DJing. Back in 2008, he used his free time to network, spin on nights and weekends, and grow his hustle into a full-time business. Within a few years, he was earning half his salary from DJing and went off to start his own company in 2012.

“I DJ events, create original music for commercials and videos, and I also teach DJ lessons,” he says in an interview with The Balance.

“There will be many tough times and it isn’t easy. Perseverance will make the journey worthwhile”.

Sure, you have a good job that pays the bills with benefits and a retirement package…But are you truly fulfilled with what you do?

Creatives are driven by intrinsic motivation – they’re less inspired by money, fame, or rewards. It’s a challenge to keep them contained in a 9-to-5 box and demand an 8-hour workload.

This is why creative individuals often leave their corporate roles in pursuit of something they’re more passionate about – like design or writing.

Maybe after Uni you liked what you were doing, but times change and so do we. A close friend of mine, who I unfortunately can’t name since he still works in corporate sportswear, started a knife making project to fulfil his lifelong passion for cooking.

“I was tired of complaining about my job,” he tells me.

“It pays my bills, but at the same time my creative and emotional needs did not come from this job”.

His own brand aligns with his minimalist values and sinister chic, making the products something he identifies with and is proud to create. A personal outlet of sorts.

If you were to ask him if he’s afraid to fail, the answer would be no. “You’re going to fail,” he says.

“You’re definitely going to fail. But you learn from those failures and become something even better than before.”

Skot Carruth, an accountant turned co-founder of Philosophie, a design innovation company, noted that “entrepreneurs are everywhere – even within large companies. They’re hiding in plain sight, taking on extra projects, pitching product ideas, and failing frequently in their hunt for innovation”.

According to Skot, these entrepreneurs are the ones who get fired for insubordination or leave to found start ups. They are also the ones who become successful because of their ballsy efforts.

“If you’re the type that falls in love with a problem rather than runs away from it, then you’re ready for a side project.”

For a comical dose of motivation, check out the many failures of Elon Musk captured in one giant infographic. You’ll laugh, but also be inspired by the amount of times this guy failed, then continued to launch a Tesla into space after six sad attempts.

If you skydive, snorkel, invest in Bitcoin, travel around the globe, or have one night stands off Tinder – I’ll bet the side hustle is for you.

Why? Because there’s calculated risk behind these actions.

You quickly evaluate the pros and cons. Take action. And reap the benefits of your decision. Entrepreneurship mentor and consultant Leonard C. Green explains that this type of risk taker is one who takes steps toward their goals – acting, learning, and building along the way.

They are the ones who become successful, not those who risk everything and hope for the best. Your side hustle is this first step towards reaching a new career goal.

If you’re the type that falls in love with a problem rather than runs away from it, then you’re ready for a side project. You see the gaps that need to be filled, whether you’re solving a market need, personal growth, or saving the world – and your current job doesn’t give that opportunity.

In fact, high-performing individuals often leave their jobs behind if they aren’t given meaningful challenges in their position. These individuals are known to push boundaries and achieve goals that often go unrecognised by management. If there’s no promotion or further personal growth, high-performers normally grow bored and seek challenges elsewhere.

RELATED: The Real Reasons Why You’ll Never Be Rich

At this point, you know the side hustle is for you. You’re over being scared of the unknown. You want to embrace the opportunity and overcome any challenges that come with it. There are no more excuses for what you’re not doing.

If you feel this way, you’re one step closer towards the mindset of how successful people think. Dan Waldschmidt, a speaker and renowned business strategist, tracks this type of thinking.

“Winners believe in their soul that nothing – absolutely nothing – is impossible. They might not know how they will win. But they believe that they will figure it out,” he says. Successful people know the effort they put in is worth it, and if they hit a dead end, they learn from it and perfect it.

So, the question you need to ask yourself is: are you ready to take the next step?

If you’re not passionate about your current job, you learn from your failures and are tired of wondering “what if…”, then maybe it’s time to consider a side hustle.

Start today. Start now, even if you don’t have a clue what it’ll be. Write down your ideas, learn and create. It’s time you blaze a path for yourself instead of someone else.

Because with failure comes success, and with success comes more success. And most importantly, nobody who is successful today believes that their goals are impossible. Why should you?

If you need inspiration for your side hustle, try listening to Mixergy or How I Built This podcasts.