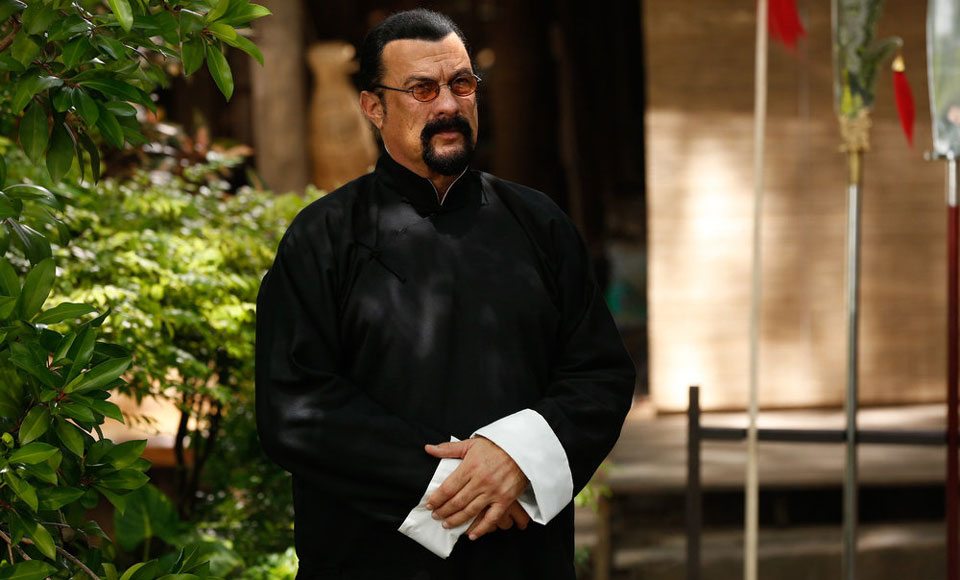 90s American action star Steven Seagal has just been named the official ambassador for Bitcoiin2Gen, a new cryptocurrency which is launching its initial coin offering.

The announcement came overnight via the 65-year-old’s Twitter account which announced there’d be more news to come on the partnership.

Whilst one would question the sheer (ir)relevance between Seagal, who is devout Buddhist, and the shaky millionaire’s factory known as crypto, his marketing team are a little less concerned.

In a hilarious PR release filled with sweeping segueways that tie the zen philosophy of Seagal to what is potentially the world’s biggest scam market, you’ll find gems like this:

“As a Buddhist, Zen teacher, and healer, Steven lives by the principles that the development of the physical self is essential to protect the spiritual man. He believes that what he does in his life is about leading people into contemplation to wake them up and enlighten them in some manner. These are precisely the objectives of the Bitcoiin2Gen to empower the community by providing a decentralized P2P payment system with its own wallet, mining ecosystem and robust blockchain platform without the need of any third party.”

It’s also important to  warn potential investors that ‘Bitcoiin 2Gen’ isn’t actually part of Bitcoin. The spelling with an extra ‘i’ is intentionally dubious as it attempts to ride off the back of the successful Bitcoin name when it in actual fact is a token based the Ethereum blockchain.

Nonetheless, the company hopes that having Seagal on board will help them drive a crowdsale to hit a “soft cap minimum” of US$75 million.

We’re not one to judge so we’ll just leave you with a final quote from Bitcoiin’s epic press release which appears to come from the Bible of Seagal itself.

“Flow with whatever may happen and let your mind be free. Stay centered by accepting whatever you are doing. This is the ultimate.”

Bitcoin Is Rising From Its Slumber. Is Now A Good Time To Buy?

Bitcoin & Ethereum Keep Falling. Is Now The Time To Buy The Dip?