Tesla Model S Will Finally Get The Shooting Brake Treatment 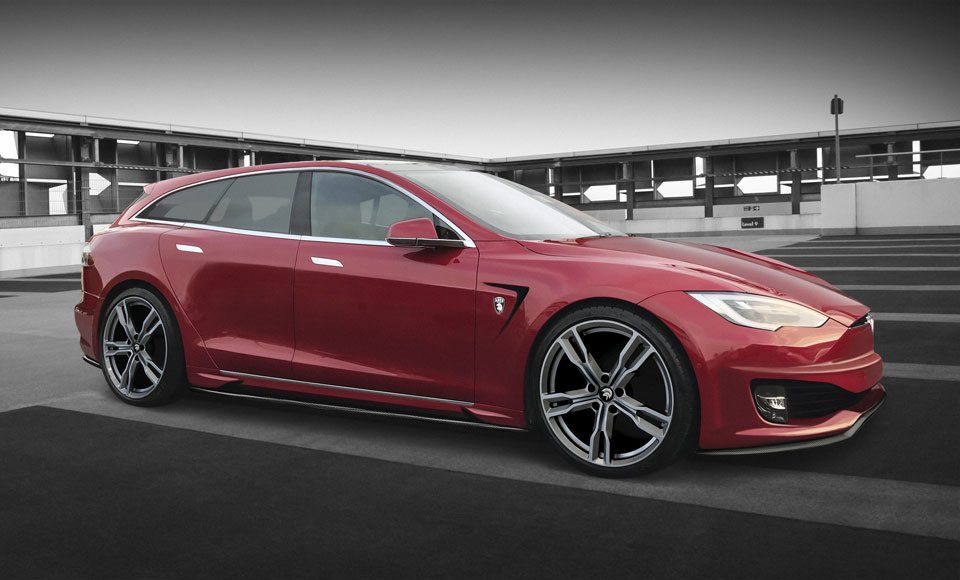 It mightn’t be official, but it’s taken Italian tuning house Ares Design to finally announce the arrival of a long-awaited Tesla Model S Shooting Brake – and yes, you can actually purchase this conversion.

The tuning firm which specialises in modifying high-end vehicles like Porsche, Bentley, Mercedes-Benz and Rolls-Royce made the announcement alongside the concept image above which depicts a legitimate sports wagon silhouette complete with a sweeping rear hatch and vented front fenders. Whilst Model S shooting brake conversions aren’t exactly new in recent months, Ares Design’s approach is arguably one of the most complete packages which flows well with the original car’s lines.

In addition to this, Ares Design says that it will also give the Model S’ interior a proper luxury makeover that exceeds standard trim options. The birth of this audacious idea comes from the mind of Ares Design’s own CEO, Dany Bahar.

Bahar’s daily cruiser was a Model S and the company says that, “while he could appreciate its performance and technology, [Bahar] felt that it was somewhat limited by its hatchback design and what he felt was a lack of quality in the car’s execution.”

More specifically, Bahar felt that the interior quality was ultimately letting the car down and trailed behind its competition over in the Mercedes and BMW camps.

Ares Design is currently in the process of stripping down a 2017 Model S sedan in preparation for the drastic bodywork modification which will see components fabricated from carbon fibre and aluminium panels. The interior meanwhile will be completely overhauled and lined with soft Nappa leather for an extra touch of luxury.

Tesla’s power unit will be left untouched however Ares Design will equip their promo car with their own 21-inch wheels.

The shooting brake modification isn’t as expensive as you’d think too. Ares Design have quoted prices which range from 200,000 to 250,000 euros (AU$390,000) when it begins taking orders mid-year. This figure also includes the cost of a standard Model S.