How An Online Date Went Horribly Wrong For This Australian Man

A life lesson for those who like to play with fire

Jimmy* is a bonafide high-flyer in the car sales business from Melbourne. Whilst the charismatic 38-year-old bachelor has earned his stripes and claims to have seen it all, nothing would prepare him for these few words from the surgeon’s mouth.

“We’re basically going to cut your penis off at the base, go in, sew the break up and then put your penis back on.”

Jimmy was in a natural state of shock. It was an emotion which outweighed any notion of fear as he lay slumped in the examination chair, gazing down at a blackened piece of appendage that now resembled an overripe banana.

His penis was properly broken and he knew it. What he didn’t know was how severe it was until after the operation.

RELATED: The Most Dangerous Sex Position For Penis Fractures Has Been Revealed

To contemplate the girth of this story (sorry), one needs to first travel back to a more jovial time where beautiful young women were aplenty and Seeking Arrangements was an entirely viable way for Jimmy to meet them.

For the uninitiated, Seeking Arrangements is a sugar baby and sugar daddy dating website founded by MIT graduate Brandon Wade. Older professionals with money hook up with gorgeous young women who like to spend said money. Sex is often part of the deal without needing to make it entirely explicit and the site claims that there’s the potential for “real connections”.

For pre-busted-penis Jimmy, this would be his second date with Stacey*, a stunning 23-year old part-time model / Seeking Arrangements regular.

He had already engaged with her on a previous intimate occasion and admits that the early signs of trouble were already lingering. According to Jimmy, the act of insertion during sex would leave an “odd feeling” in his penis.

On the night of the accident, they were out for the standard dinner + sex date. She looked amazing on this particular night and he was already in a losing battle to contain himself. The pair decided to cut the formalities short and headed straight to his place where a night of passionate lovemaking was in order. The furthest they made it was his sofa…

Fifteen minutes into the session and luck had finally run out.

With the entire weight of his torso behind him, Jimmy pushed at full force, hitting the wall and causing it to bend beyond its maximum yield. There was no ‘snap’ sound. Just an eerie sensation of a sharp pop going from his man-bits to his spine. Then came the blood.

Jimmy pulled out only to find blood pouring out over Stacey’s leg and the side of his beloved sofa. Foolishly, he didn’t know where the blood was coming from and being the alpha male that he is, resorted to his proven salesman mantra: Persistence will overcome resistance. So he brushed it off and attempted to keep going.

It was the perfect storm with devastating results. It didn’t feel right from that point on and the pain became too excruciating. He admitted temporary defeat and decided to let ‘it’ rest for five minutes. The pain didn’t subside and it began to turn black.

The onset of panic was mounting so he did what any self-respecting man with a penis going gangrene would. He called a mate and filled him in on the fallen penis predicament.

Based on what he had seen, the wise friend ordered him to the hospital along with a warning to prepare for a penis operation. Without any time wasted, he Uber-ed it to the Alfred Hospital in Melbourne’s inner city. 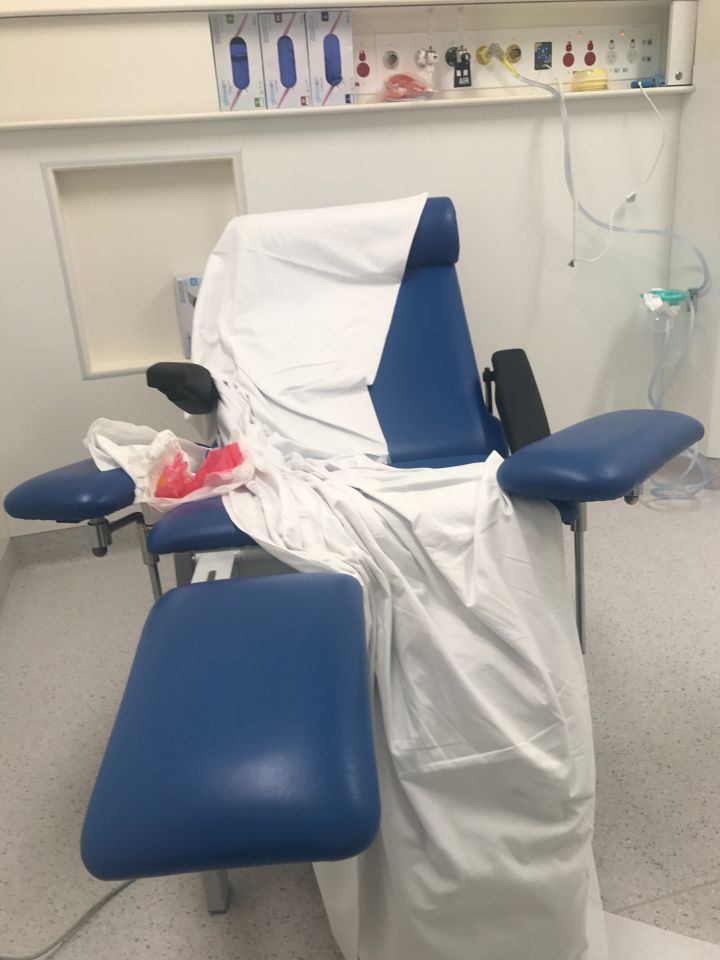 Jimmy would lie in hospital for another five days with a heavily bruised penis before the surgeons could get to him.

According to the doctors, it’s a common issue with cases of ‘bent dick’ coming in around once a month.

What he learnt from his own MRI scan was that men can’t actually “break” their penis since there’s no bone in there; it’s essentially a muscle which houses the urethra and fills with blood when the penis is erect. Jimmy managed to tear that muscle open by about an inch right in the middle of the shaft.

That was never going to be an option so the surgeons went in via the other end, slicing open the penis at the base, sewing the broken tissue and then re-attaching the skin to the rest of the penis once they washed out all of the bruising.

The doctors politely refused his request to throw in some extra length and girth while they were at it.

James’s accident wasn’t a result of too much sex or even his preferred position. It was pure carelessness which he admits to. That and the two Viagra pills he dropped prior to intercourse.

With that much mojo going through a man’s body, the potential risk of damage is catastrophic. He simply got ahead of himself, took advantage of the situation and came out second best.

The trauma to follow the surgery was the toughest test. James couldn’t walk for a week due to the 20-plus internal stitches lining the internal wall of his penis. The worst part though was the sleep.

Men are known to have up to five erections a night which can last up to 20 or 30 minutes. Every time he fell asleep and went erect, the stitches would want to pop, waking him in the worst pain imaginable to man. He would get up four to five times a night for a week to walk off these painful erections before returning to broken sleep.

The doctors had warned that sex needed to be off the cards for four to six weeks. At the four week mark, he thought he’d try his luck with his healing and ended up getting an infection instead. This put him out of the game for another four weeks and the aesthetics of his manhood were now worse than ever.

There’d also be no erection for a week which pushed James to his psychological limit.

By week ten he was finally healed, although he admits it will never be the same again. The perfect position now felt awkward to him and he’d need to guide his penis with his hand to get it right where he wanted.

To add insult to the injury, he hooked up with an ex who told him that a bit of length has seemingly been taken off. Ouch.

He still counts his blessings til’ this day. In the end he tells us that he’s just happy he can stand on his own two feet again, even though the scars will always be an ominous reminder.