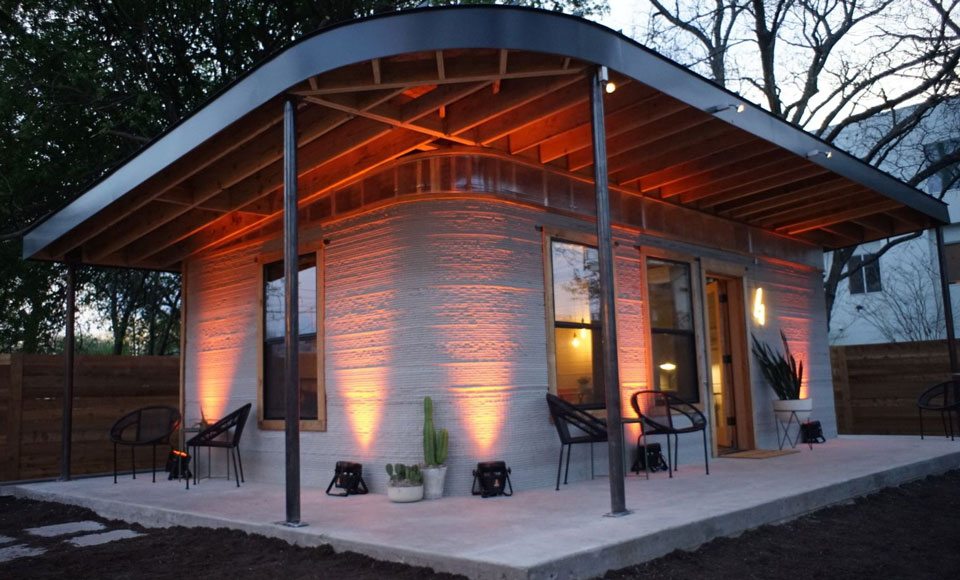 As major Australian cities continue to go through the grips of a housing affordability crisis, a potential answer may have been discovered at SXSW overnight – 3D printed houses that cost US$4,000 .

In recent times the technology has conceived everything from plastic objects to advanced sneakers and even firearms. The latest exploit though is likely to be the most audacious one yet.

New Story, a Y Combinator-backed charity has teamed up with robotics company Icon to develop the very first 3D-printed house which meets modern building standards and permits for people to live in. More importantly, it can be completed in just 24 hours.

The idea came about as an initiative to construct small houses for families in disaster-stricken countries like Haiti and El Salvador. The prototype 74 square metre home located in Austin, Texas, costed US$10,000 to build using Icon’s proprietary Vulcan printer, but the company plans to eventually get that price down to the aforementioned US$4,000.

The process is still being refined at the moment but once it gets there, New Story hopes that houses can be completed in just six hours.

The Vulcan printer itself isn’t exactly small but it is still mobile. It works by excreting a special blend of concrete in layers which hardens as it prints, drastically shortening the time it needs for inhabitants to move in. Strength-wise, Icon says that the printed walls are stronger than cinderblocks after a few days of hardening but people can move in right away.

There’s still some extra custom work required in the form of installing windows, roofing, plumbing and electrical wiring, but all of it can be done in under 24 hours. Icon hopes that in the future they’ll also have robots to accomplish this last part of the puzzle whilst drones spray paint the exterior of the home.

“Affordability is important,” Icon cofounder Evan Loomis said. “Regardless of whether you’re in Austin or El Salvador.”

We have fast food. Now we have fast housing. Watch the video below to see how it’s done.