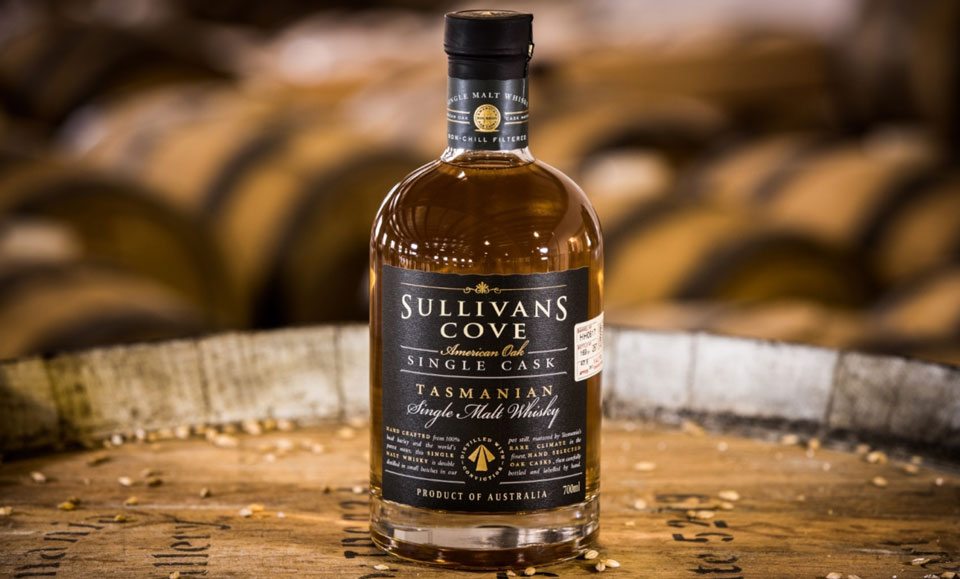 The World Whisky Awards in London brought some accolades to an Australian name overnight with Sullivans Cove Distillery receiving the title for the World’s Best Single Cask Single Malt Whisky.

The winning bottle of Sullivans Cove American Oak was officially distilled in the year 2000 and bottled in 2017 to make for a 16 year-old bottle of liquid gold consisting of nothing but 100 percent Tasmanian malted barley and Tasmanian mountain water.

Only 136 bottles of the whisky have been produced with Head Distiller Patrick Maguire expressing his joy over the hard work’s pay off.

“To be crowned World’s Best at The World Whiskies Awards again is a wonderful honour. The distillery was in competition with over one thousand brands from around the globe, so it’s a fantastic achievement for us and Tasmania,” he said.

“These awards are incredible recognition of our dedicated and passionate team, and reinforce that Tasmania is one of the world’s best whisky making regions,” added Adam Sable, the Managing Director of Sullivans Cove.

The latest haul follows on from the Australian distillery’s win from the 2014 World Whisky Awards where it took out the World’s Best Single Malt Whisky – a first for Australia amongst competition which usually hails from Scotland or Japan.

Other notable winners on the list includes Japan’s Hakushu 25 Year-Old which took out top honours for the World’s Best Single Malt – it also retails for AU$4,000 locally if you’re curious. The World’s Best Grain Whisky meanwhile was taken out by a AU$45 bottle of South African Whisky for the first time.