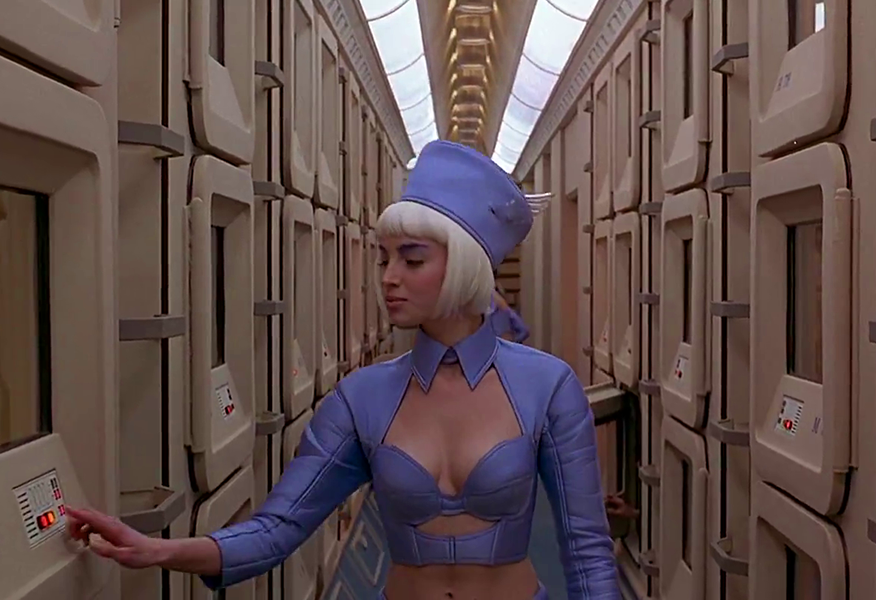 The seatbelt-light goes off and the considerate-human in front of you immediately reclines their seat. Next to you an unwashed teenager has the sniffles and the BO of a rotting corpse. Oh and a couple of aisles in front a baby competes with the engine’s wail to see who can make the most noise: Welcome to Economy.

So what could be misconstrued as a punishment—being banished to the hold—might actually be a welcome change of scenery for most customers. And if Airbus gets its way; it might soon be a reality. The European plane-maker is now working with a company called Zodiac Aerospace to develop sleeper modules that can be swapped out with regular cargo containers, in order to, “Give carriers more flexibility in the way they plan their commercial operations”, (Airbus said on Tuesday).

According to The Economist, “Starting in 2020… the beds will be available on (Airbus’) widebody A330 planes, and could possibly appear on A350s as well.” The video released by Airbus shows a clean, white, pleasant (windowless) space, which they say could be used for medical treatment, kids’ play areas and meeting spaces as well as sleeping.

Passengers flying on Airbus planes will soon be able to slip down to the cargo hold for a nap https://t.co/vWZP0gmiDQ pic.twitter.com/7NwyqTQGwF

Airbus is yet to release pricing information or a comprehensive plan on where the misplaced luggage in the hold would go on such a flight, but experts expect this service will be pricey, and only available to ‘special’ Premium Economy type customers—as people in Business and First Class already have fully reclining seats, and those in Economy are there precisely because they aren’t willing to pay extra to sleep their way (horizontally) across the world.