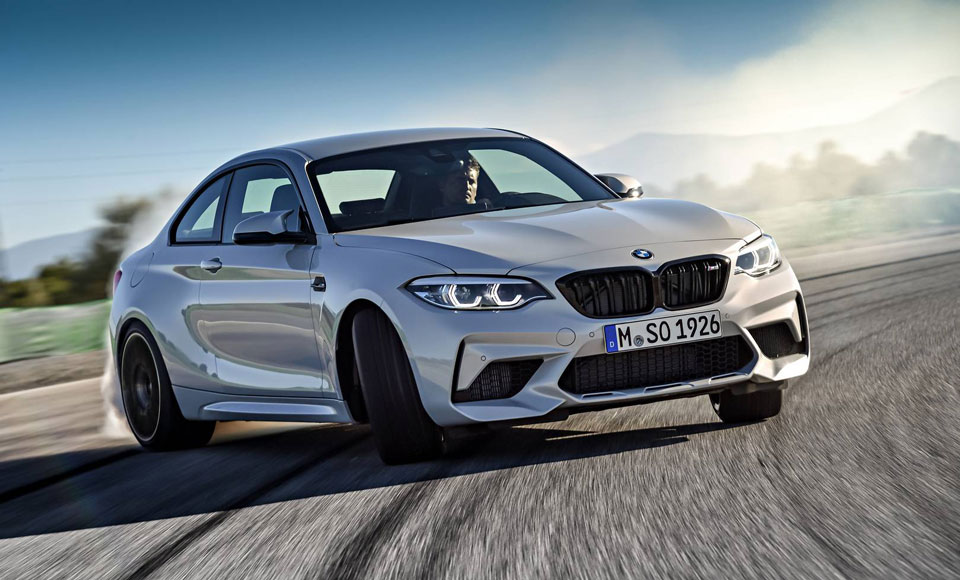 The 2019 BMW M2 Competition has officially been unveiled and it’s an M car that’s designed to turn enthusiastic drivers into drifters.

The refreshed performance spec model sees a host of race-ready goodies inherited from its older siblings, the M3 and M4, in order to make it an overall more exhilarating to drive.

A twin-turbo 3.0-litre inline six-cylinder engine borrowed from the bigger M4 now sees power figures pegged at the 302kW and 550Nm mark. More importantly though the purists will still have a choice of a traditional six-speed manual transmission over the seven-speed dual-clutch transmission, the latter of which can send the 0 – 100km/h sprint in 4.2 seconds.

Power is delivered to the rear wheels via BMW’s Active M Differential which can alternate the drive based on the steering angle, accelerator position, brake pressure, engine torque, wheel speed and yaw rate. Basically a feature to help drivers navigate through corners much quicker. This is accompanied by BMW’s M Dynamic Mode found in the Dynamic Stability Control system. The Sport+ driving mode will allow the car to break traction in a controlled, making for some serious sideways action. Hooligans would call this ‘drift mode’.

The cooling system from the M4 Competition has also been lifted and squeezed into the M2 to ensure that long stints of hard driving doesn’t overheat the car. Other new appointments include a gorgeous carbon fibre strut brace in the engine bay which weighs just 1.5kg whilst increasing body rigidity.

And let’s not forget about stopping power. The M2 Competition receives upgraded units with M Sport six piston calipers up front and four pots out back. Special lightweight 19-inch forged wheels come standard on the car.

Looking at the exterior won’t reveal many drastic changes from the previous model but keen eyes will notice additional aero aids on the front spoiler and a few other aesthetic touches. 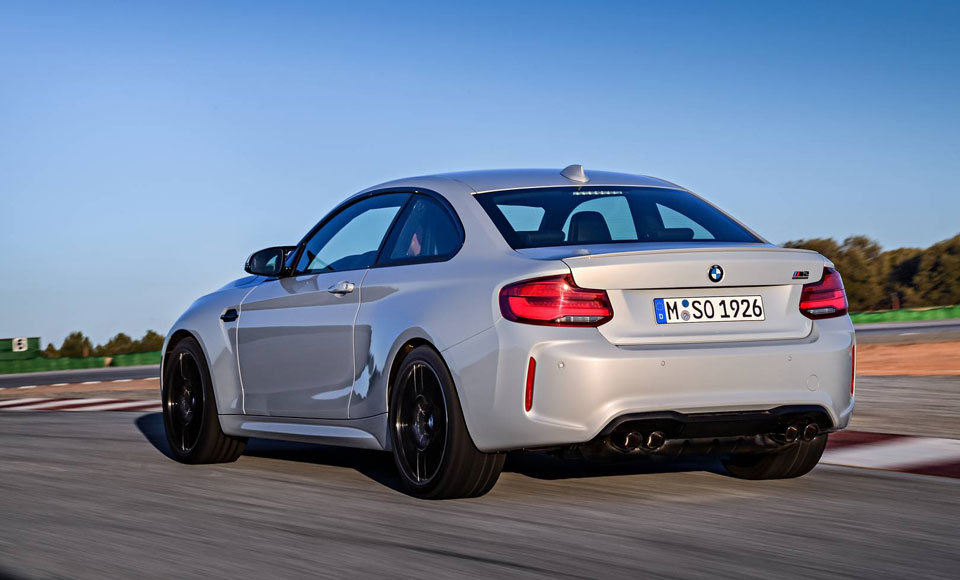 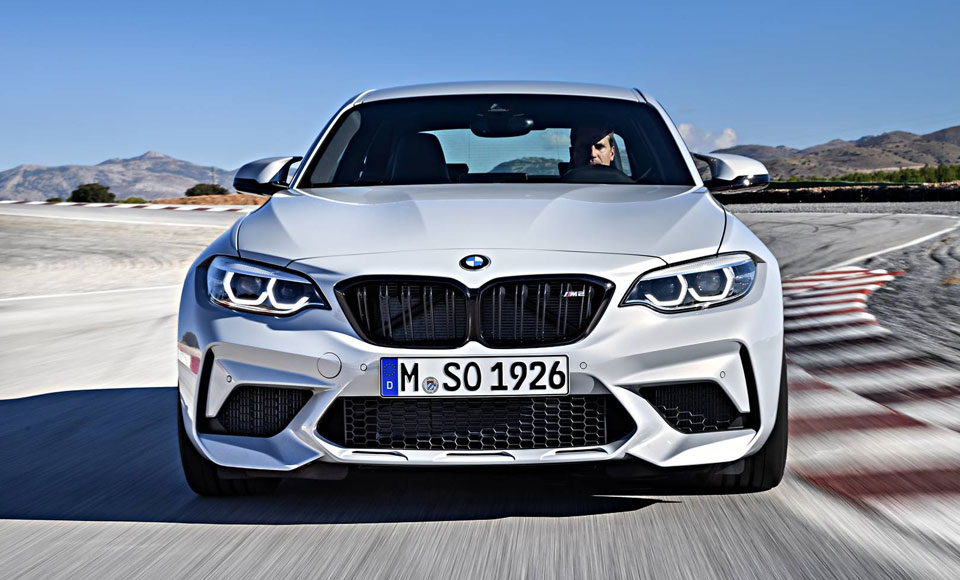 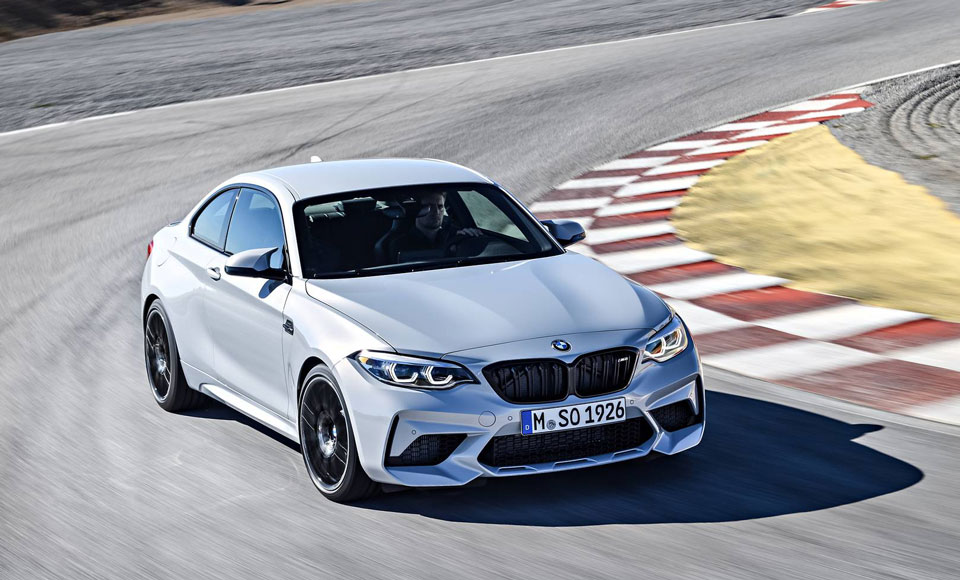 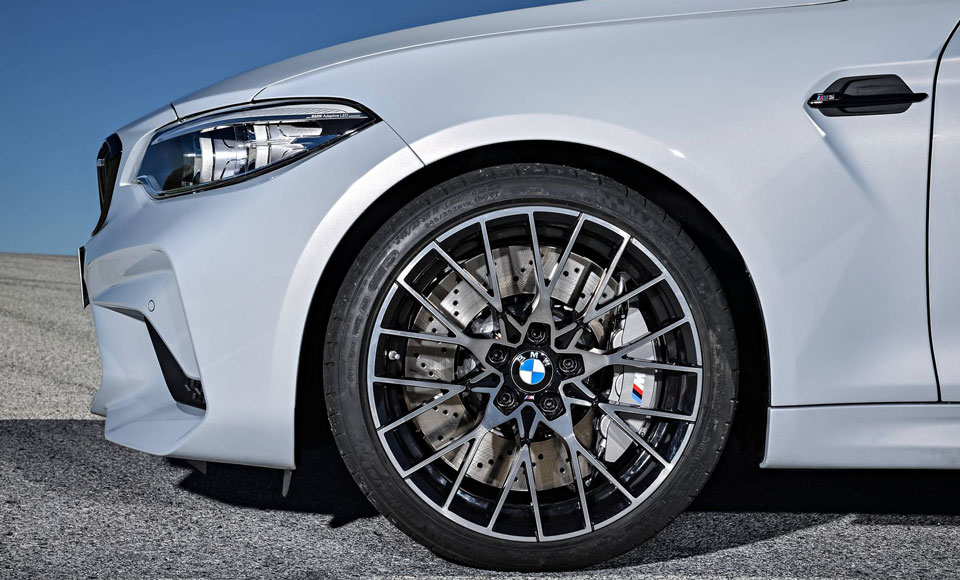 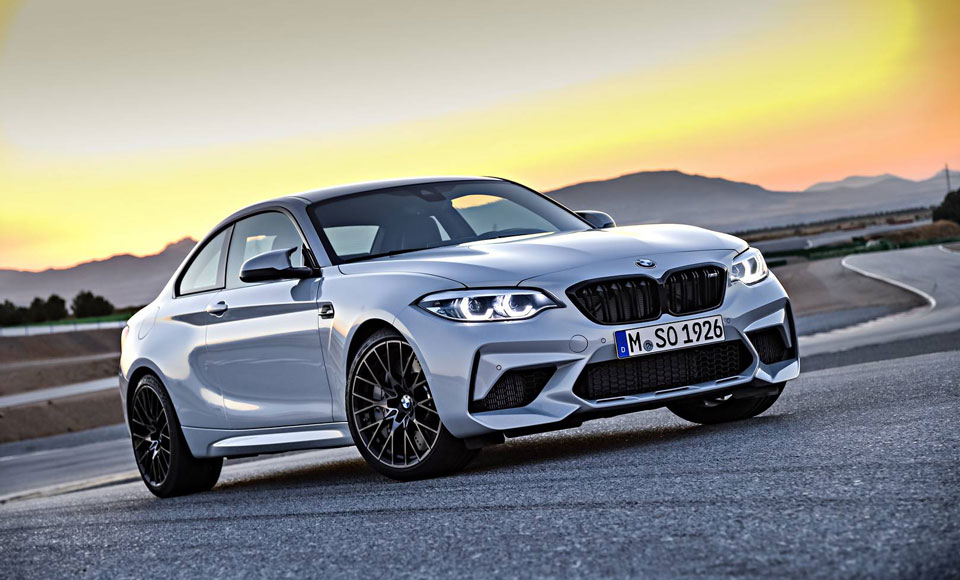 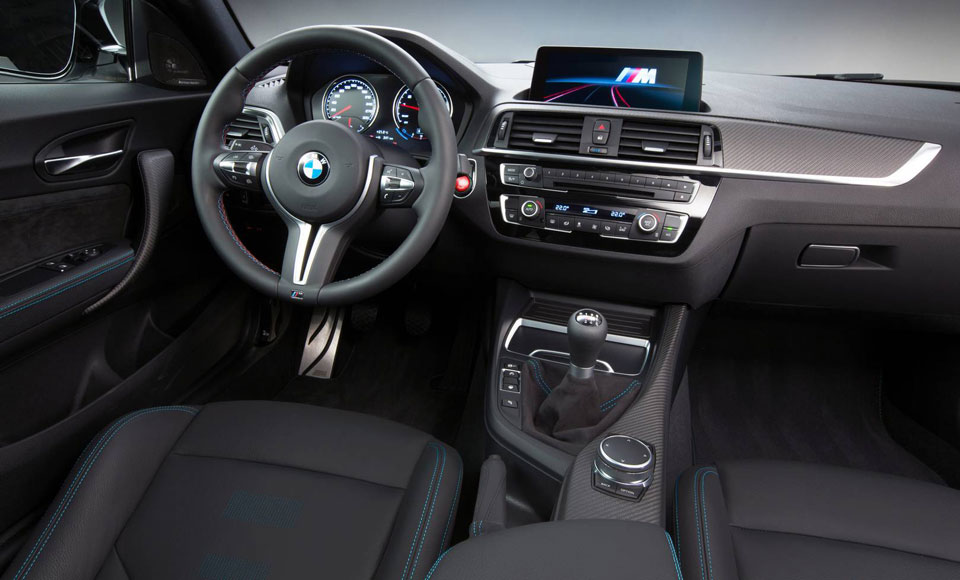 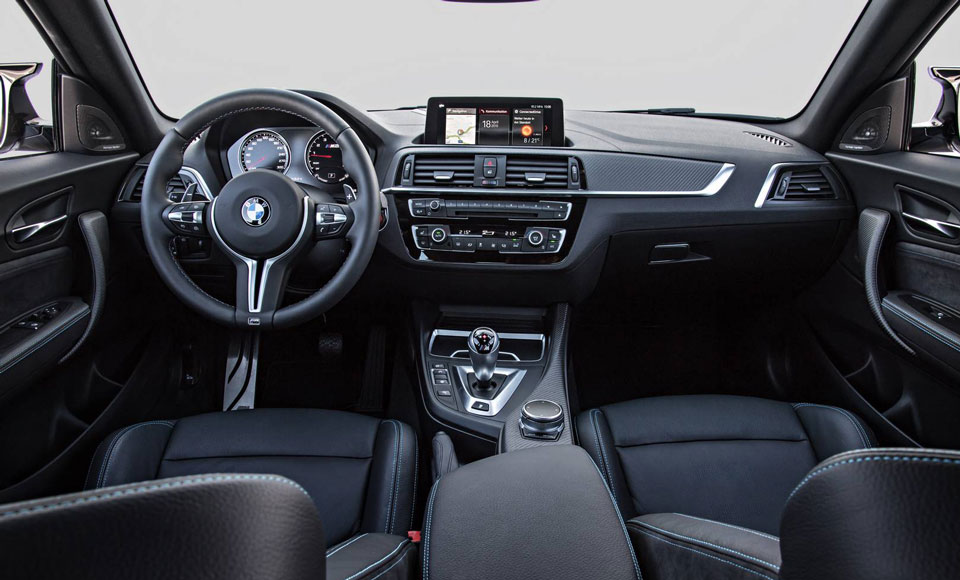 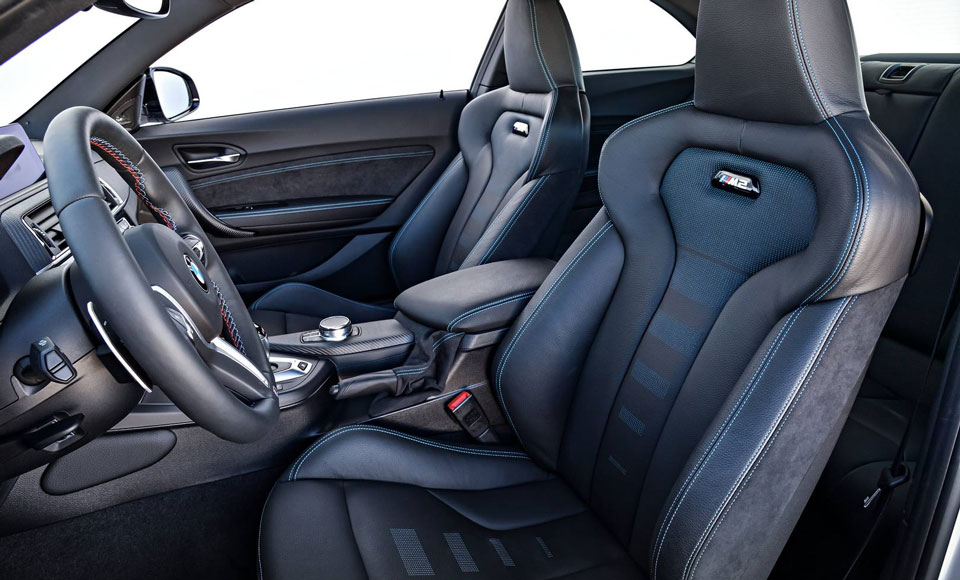 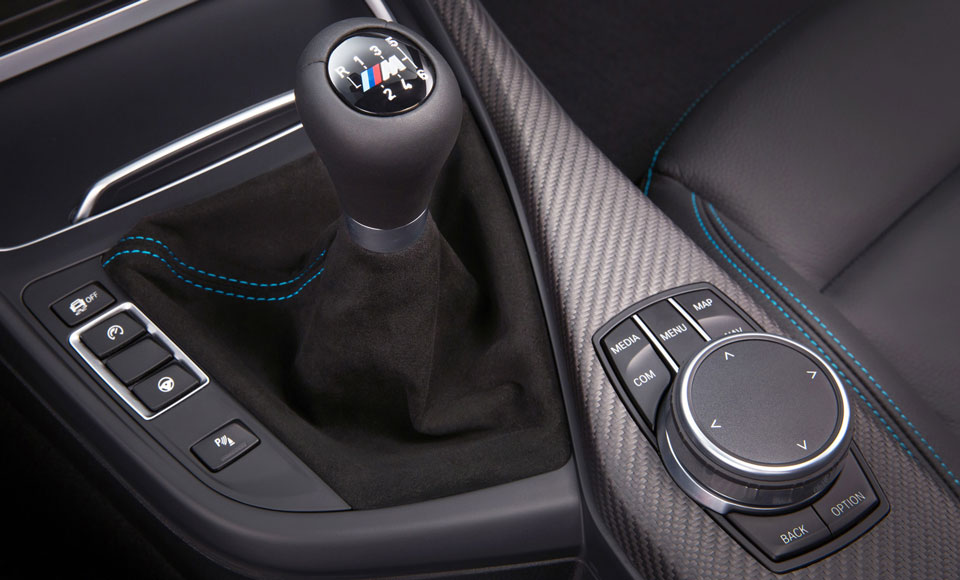 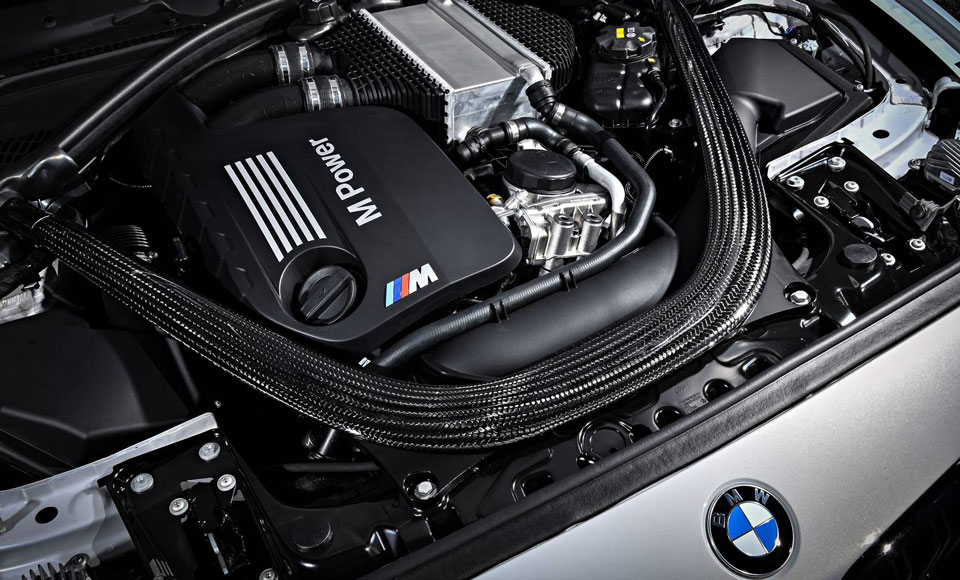 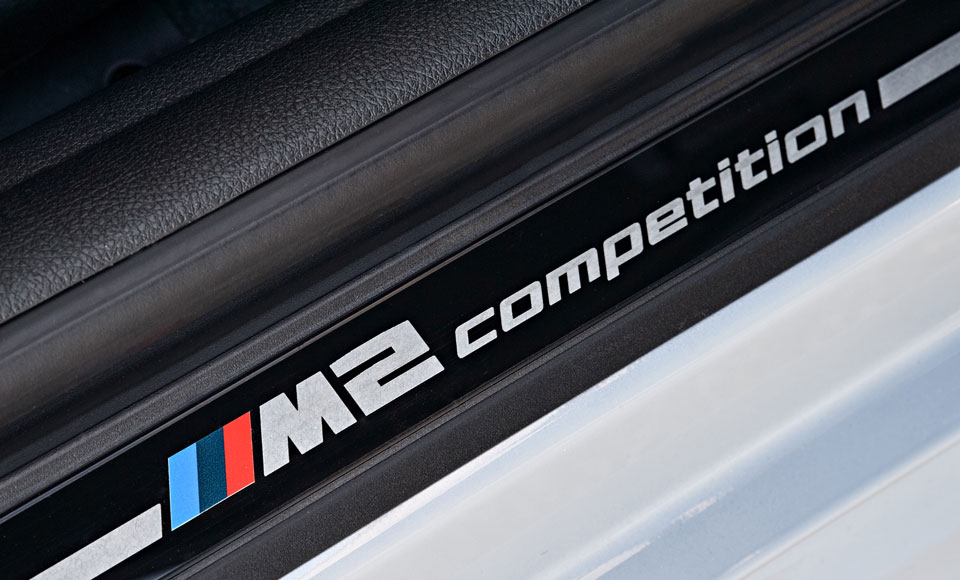