The Most Hilarious Reviews Of New York’s Worst Hotels

The grimier the hotel the better the wifi? 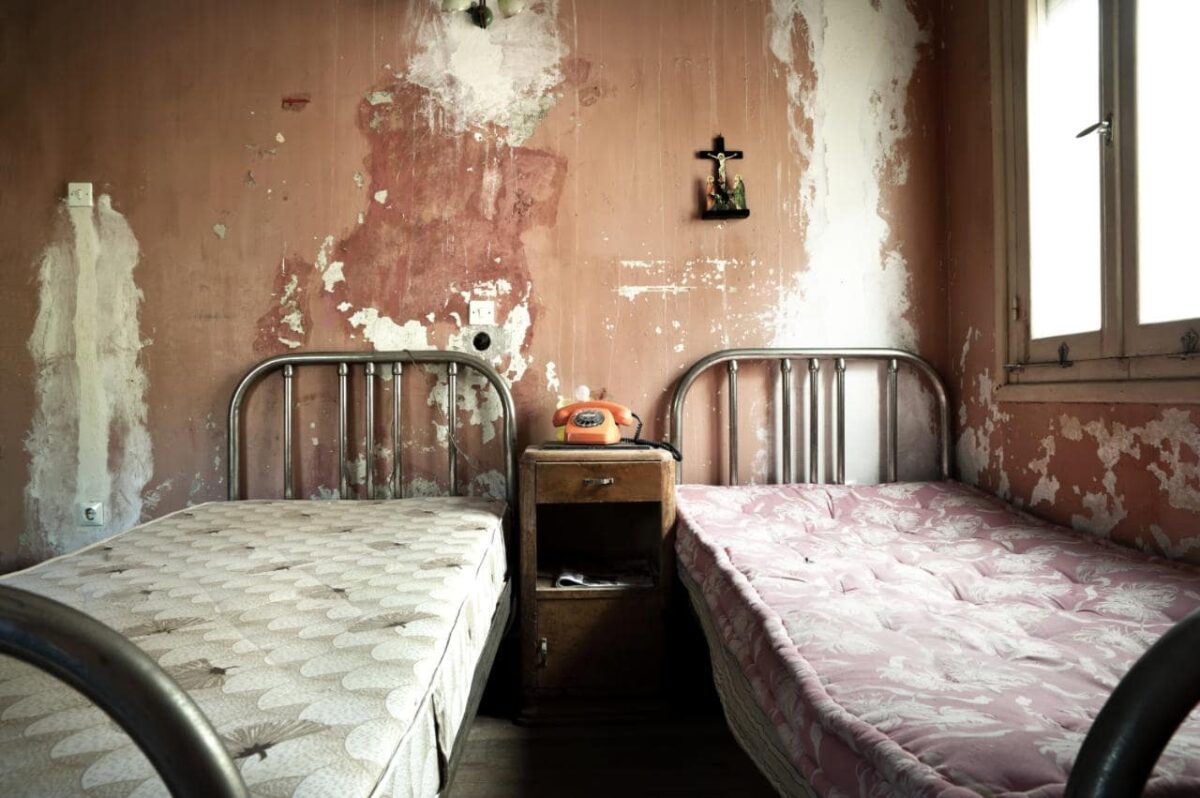 There are some ridiculous reviews drifting around the internet—full of the mind-numbing stupidity, hysteria and entitlement that gives tourists a bad name.

Some of our TripAdvisor favourites include, Lost In Spain: “The street signs weren’t in English. I don’t understand how anyone can get around”, Time Machine In The Caribbean: “It took nine hours for our flight to get from the UK to Antigua but the Americans at our resort said it took them just three,” and Sight Seething In Kenya: “The elephants we saw on our honeymoon were visibly aroused which made my wife upset and made me feel inadequate.”

However if you’re looking for brutal honesty—both from hotel receptionists and their customers—New York is the only place to go. Of course: many of these reviews were curated in a sleep-deprived mist of indignance (if you’ve ever felt duped you’ll know it), but if even half of it is true; these places are worth visiting. So go on: indulge yourself—admit you have as perverse a curiosity of The Grimy Apple’s underbelly as we do—and have a read…

Located in Manhattan, the Bowery Grand Hotel describes itself as “perfect for a one night stay”, offering guests air-conditioned rooms with a shared bathroom, and free wifi. Sounds innocent enough. However, when you have self-proclaimed cheapskates like Booking.com user ‘Cheap0Traveller’ saying, “I am not sure if the money I saved is worth it,” you’ve got to wonder what really goes on there. 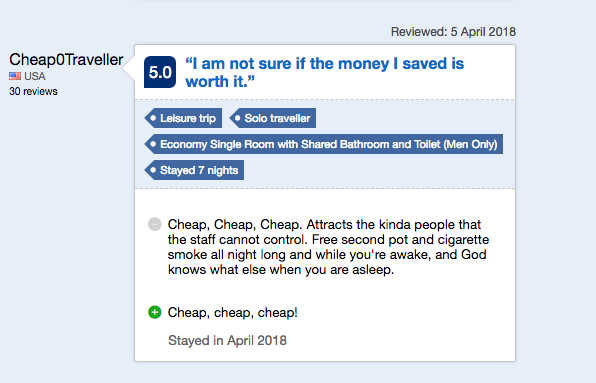 Kareem didn’t fare much better, calling for a documentary to be made about the place, possibly not to highlight what a great time he had. 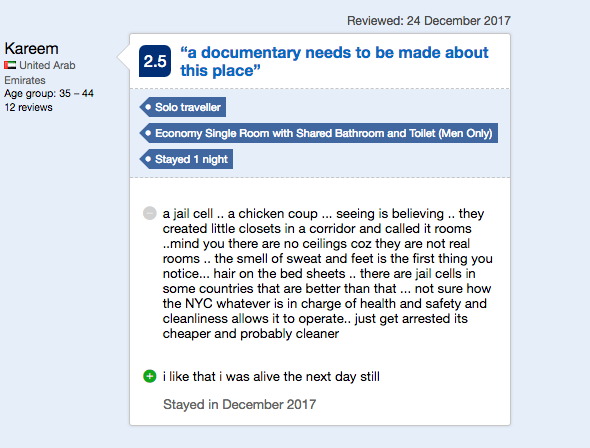 On the plus side, he was alive the next day. Our next reviewer however, said without a trace of irony, that you need Bear Grylls skills to survive.

“The only reason I stayed there was because I am a rugged man who can adapt to any situation.” 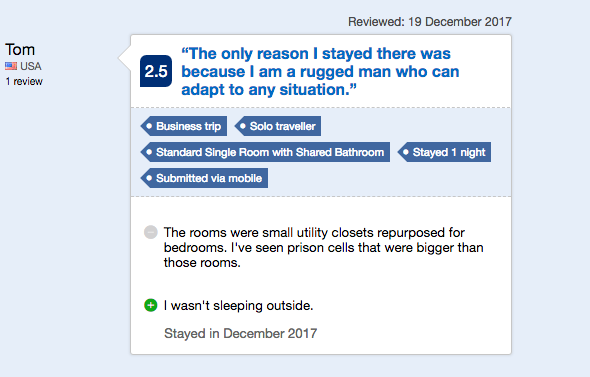 Others recommended that you “bring a sleeping bag” if you can, or “cover the pillow with a jumper” to avoid stains, hair etc.

The World Hotel, much like the Bowery Grand, is on the very limit of what can be defined as a hotel rather than hostel. A single room here goes for roughly $77 AUD per night, which gets you cable TV, individual climate control (on request) and a daily newspaper—all well and good, right? Wrong. In fact our first guest M, probably would’ve preferred they cut back on the TV and news budget, and hired a few more cleaners (to be fair he takes the cockroach infestation in very good humour). 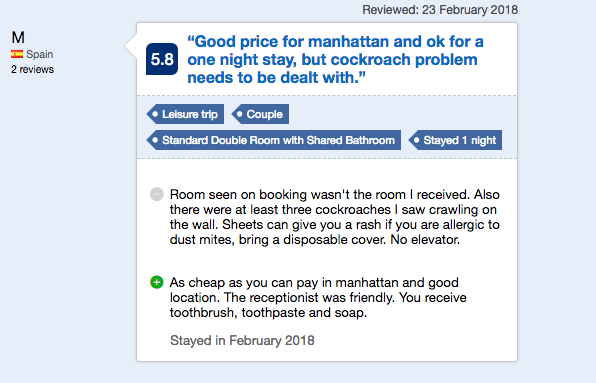 Marcus on the other hand, had more serious issue on his… uh, fists? 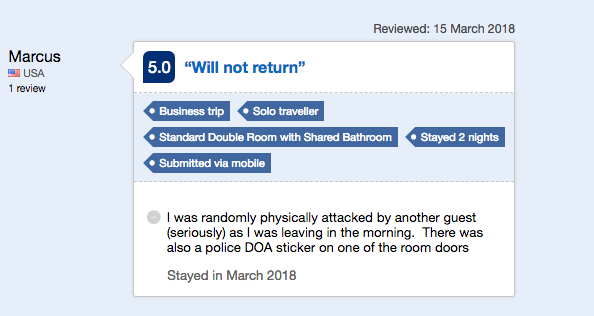 And Michael likened the place to some of the more classy Breaking Bad mis-en-scènes. 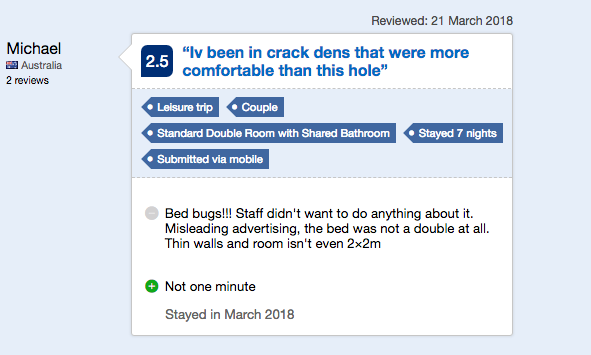 Our final budget accomodation bears the name of one of the upper east side’s most powerful old money families: the Vanderbilts. Unfortunately for ‘Carissa L’, a room in The Vanderbilt YMCA has more in common with a shoe box than a scene out of Gossip Girl.

“If I could rate this place lower than 1 star I would.” 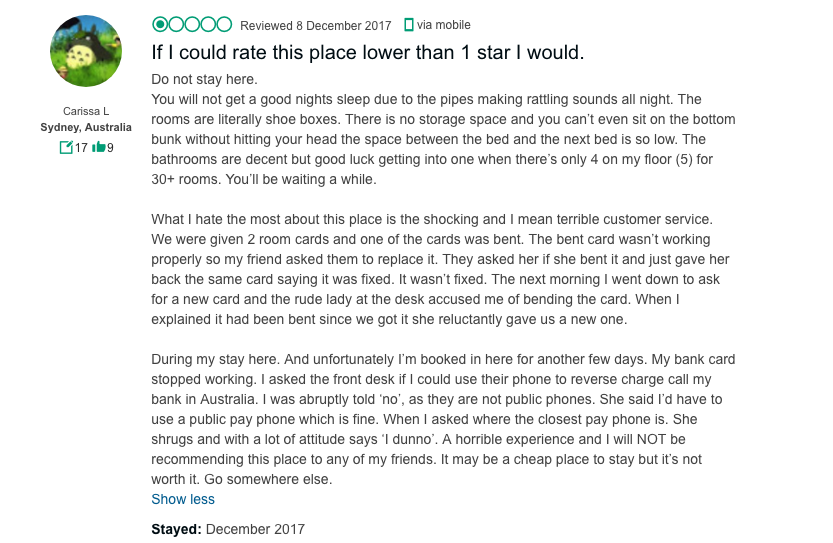 So if you want the authentic city-that-never-sleeps experience: it’s not enough to buy a couple of dodgy hotdogs and pretend you’re Harvey Spectre from Suits. In fact, if you don’t spend at least one night at one of these hotels, even if you can afford not to, some might say you haven’t really even been to New York.