Who needs a property when you can have whisky? 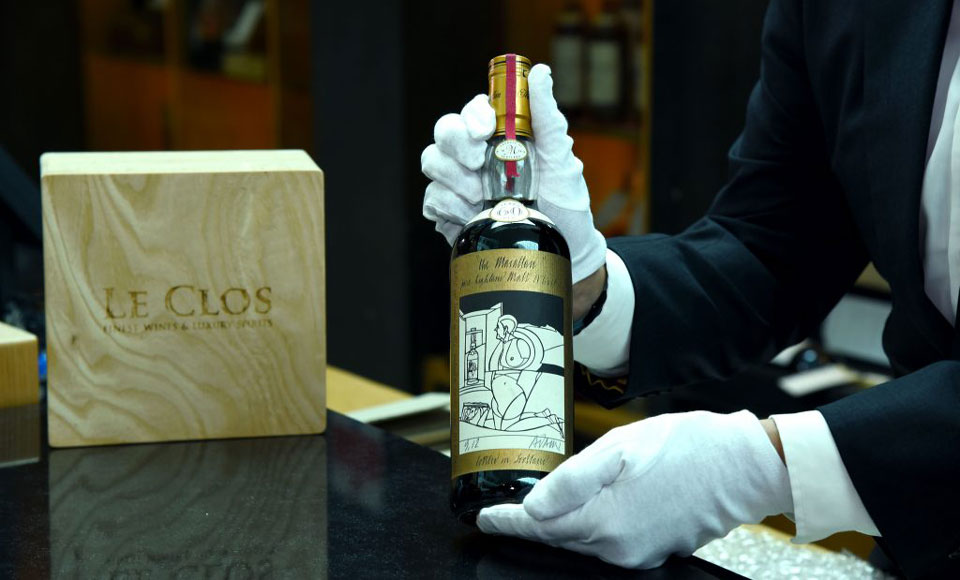 We last brought you news about two extremely coveted bottles of The Macallan 1926 single malt whiskies heading to auction in May at Bonhams Hong Kong.

Well overnight Dubai Airport retailer Le Clos beat them to it, selling two of those exact same bottles for a record-breaking US$1.2 million.

Bottled in 1986 as just 24 examples (12 for the Blake and 12 for the Adami), the dynamic duo of the whisky world features vintage labelling designed by acclaimed pop artists Peter Blake and Valerio Adami.

Blake himself is the man credited for creating the Beatles’ album cover for Sgt Pepper’s Lonely Hearts Club Band whilst Adami is renowned for his abstract images using bold black lines.

When it comes to any premium whisky cracking the magic US$1 million mark, experts like Martin Eber of drinks publication Time for Whisky says that it all comes down to rarity.

“Whilst age and provenance definitely has a lot to do with it – 60-year-old is ancient in whisky terms – The Macallan is sometimes seen as the pinnacle of Scotch, especially their bottlings released from the 1960s to 1990s.”

“The main thing driving the incredible price is that these bottles were limited to 12 pieces, so it’s extremely rare for them to become available. They were also distilled in the 1920s, and you don’t see a lot of whiskies from that far back these days.”

Retailer Le Clos said that the original sale of the bottles went for £20,000 whilst the last official sale of an individual bottle went for US$75,000 via an auction at Christie’s.

For now at least Le Clos are the world record holders for the most expensive whisky ever sold. We’ll keep you all posted on what price the bottles at Bonhams fetch on May 18.