When health and culture collide.

What if we told you: it’s possible to eat out without packing calories faster than a grizzly bear prepping to hibernate?

Would you be more tempted to indulge?

Well, tonight you have free rein to celebrate with your favourite takeaway, because Australian nutritionists Lee Holmes and Sophie Guidolin reckon—as long as you follow their advice—you have nothing to be afraid of.

Speaking to FEMAIL, Lee Holmes said if you are eating out regularly, and indulging in foods that are highly-processed or high in fat, “You may find those extra calories quickly translate to weight creep.”

Sophie Guidolin backed this up, telling D’Marge that it’s important to maintain as much control as possible, “In order to avoid consuming half a day’s worth of energy in 10 minutes”.

However not all Uber Eats were made equal. From creamy carbonaras to papadum accompanied curries, here’s a review of the world’s most popular takeaway dishes.

The beauty of ‘new-age’ aussie food, according to Ms Holmes, is that there’s a focus on simple fresh ingredients cooked without the need for salty or sugary sauces (Bunnings’ sausage sizzle excluded).

“Or you can choose a leaner cut of meat such as sirloin or chicken if you prefer but make sure these are grilled and paired with a fresh salad.”

And if you’re on a low carb (or Keto) diet, avoid the bread because that’s where many people end up eating extra carbohydrates.

RELATED: Lebron James’ Ketogenic Diet Could Be Your Ticket To Becoming A Shredded Beast… But At What Cost? 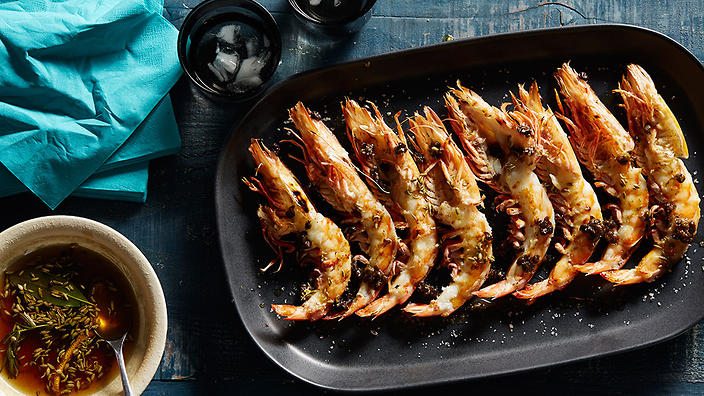 A modern twist on “chuckin’ a few shrimp on the barbie”

Italian, a favourite of carb-lovers everywhere, was a surprise addition to MS Holmes’ #allclear list. The nutritionist claims it’s a “misconception” that pizza and pasta are inherently unhealthy, and that this can be fixed by ordering smaller portion-sizes and only selecting certain sauces.

“Having a really nice comfort meal once a week is fine but if you’re choosing pasta order a tomato-based sauce rather than one that’s creamy.”

And of course, you can’t go wrong with an Italian salad. Tasty and nutritious: they’re a dietician’s fibre-filled dream. 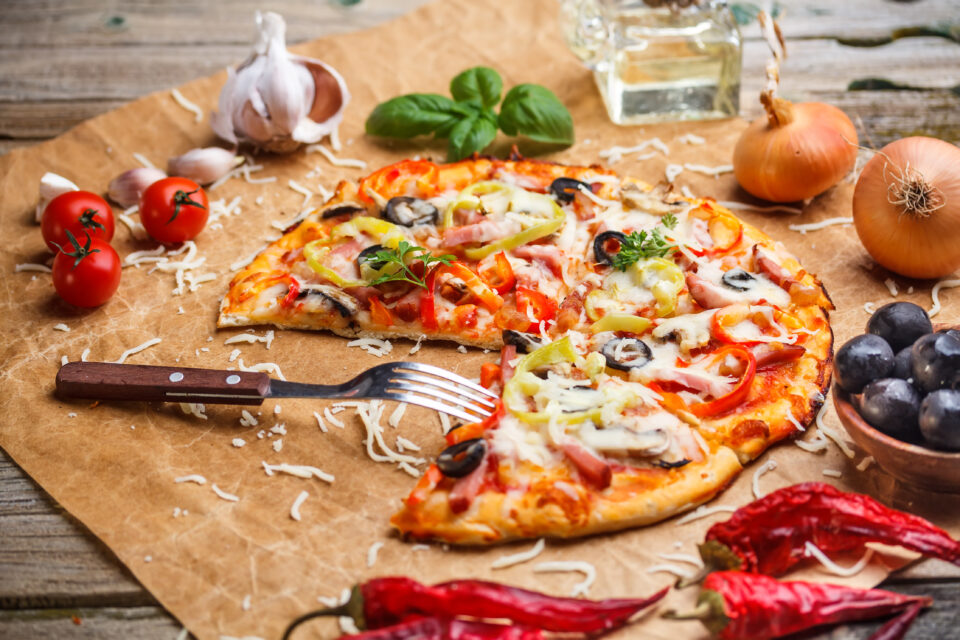 Pizza is fine: if you don’t eat too much…

As long as you choose simple stir-fries and clear soups over coconut cream-based curries, and avoid deep-fried entrees like spring rolls, Thai is quite a healthy option. Also, as Ms Holmes points out:

“Thai really lends itself to being shared with others so it’s one place where you will probably order less you normally would.”

Geraldine Georgeou, another dietitian, echoed these sentiments in an interview with The Huffington Australia; “Rather than going for a curry puff or spring rolls, go for a nice, fresh Thai beef salad.”

And if you just can’t help yourself, and end up ordering a curry, she recommends asking for extra veggies and, “Avoid slurping down all the coconut milk base.” 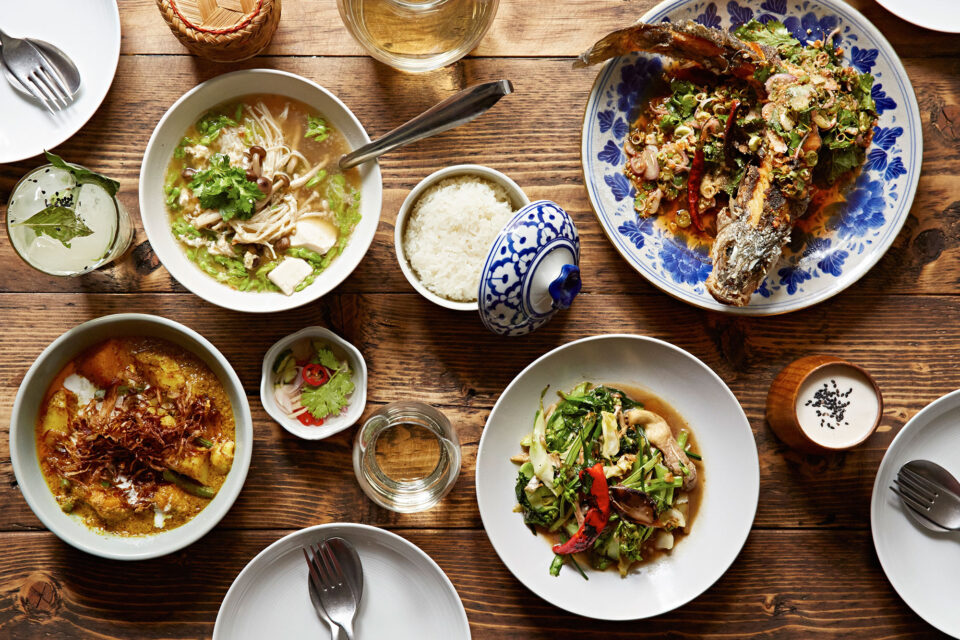 Not a spring roll in sight…

Just like Thai, Indian takeaway is as healthy or fat laden as you order it.

Dahl—a lentil-based curry—is great because it’s high in fibre and protein, and low in fat. However most meat dishes come with calorie rich sauces. So if you want to eat as healthily as possible, Ms Holmes advises picking the drier dishes cooked Tandoori-style (a dish of marinated meat cooked in a clay oven).

And lastly, she told The Daily Mail, always steer clear of naan – especially those that come with cheese. But then, if you did that, life wouldn’t really be worth living—would it? 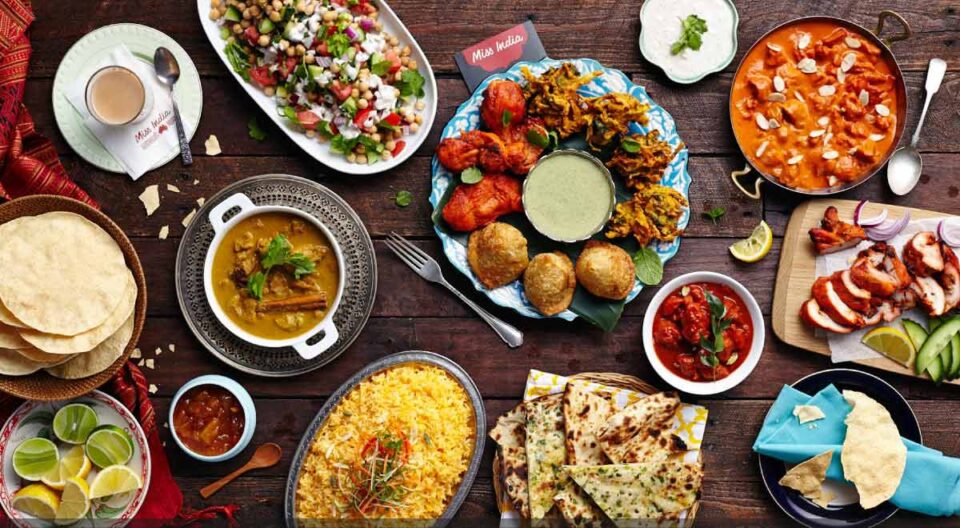 For the love of Vishnu, don’t skip the naan…

There can only be one winner, and if you want to eat the healthiest takeaway possible, Lee Holmes recommends Japanese—particularly sashimi (raw fish served without rice).

“Pair this with edamame beans and a seaweed salad. Add a little bit of wasabi for flavour, and eat the pickled ginger because this is good for your gut.”

If you do choose sushi, Ms Holmes told The Daily Mail, switch out white rice for brown – an option that’s now available in many Japanese restaurants.

Sophie Guidolin told D’Marge that another benefit of Japanese restaurants is they allow you to keep ordering small portions of food until you are full, enabling you to better manage the amount of food you eat.

“Japanese cuisine, in contrast to most other fast-foods, is often made to order with minimal ingredients and an emphasis on balance. Fermented foods are great for gut health, fish such as salmon delivers omega-3 fatty acids, green tea is full of antioxidants while seaweed is recognised for its many vitamins and minerals, from iodine to vitamins A, B, C, D and E,” she added. 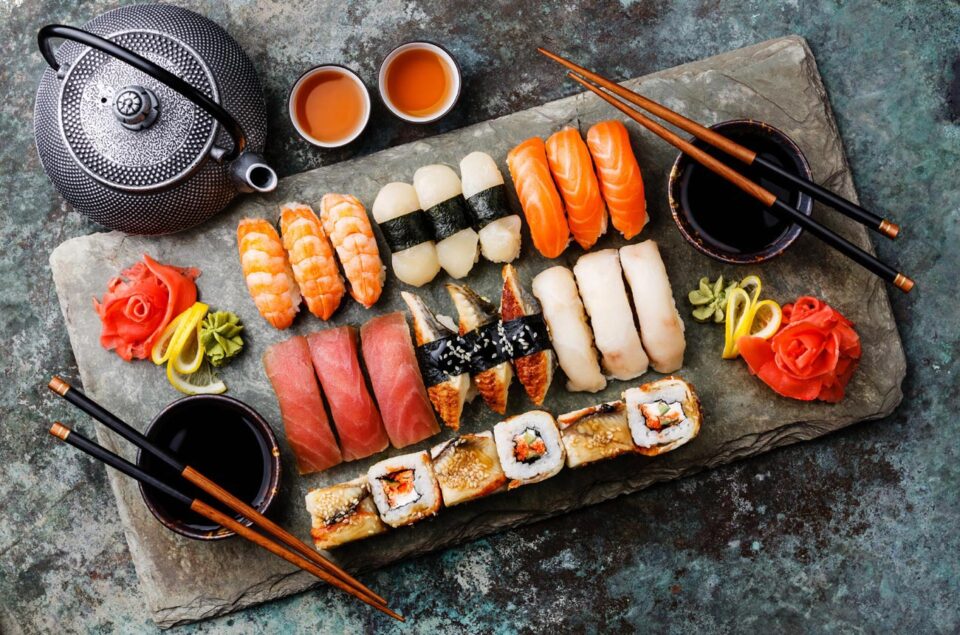 RELATED: Here Are The Foods That Will Help You Sleep Better