When male poncho is life.

It’s a dirty word but we’ll say it. Male poncho. Whilst providing an entirely functional purpose is one thing, carrying the poncho into the realm of today’s menswear space is a little bit sketchier.

Pull it off incorrectly and you could be mistaken for the Royal Ibis King of the local park, stealing your sister’s winter look from 2005 or even someone who just spends too much time playing indians and cowboys.

Jared Leto is none of the above. At his latest Thirty Seconds to Mars concert in Berlin Leto stepped out in a striking poncho which could well be mistaken for Nonna’s table cloth – and he made it look cool.

As the ambassador for hate crime against boring fashion, Leto has rarely shied away from a quirky wardrobe. The poncho look he was wearing was no different in red with geometric squares littered throughout. He even topped it off with bright red denim and glorified toilet cleaning gloves adorned in gold.

Do we suggest you wear this out to your local pub? Probably not. Where it does score points though is in its originality and potential to spark a new trend for the perennially fashion-forward.

Squint hard enough and you can almost see a Supreme logo poncho in there. And given that Supreme will put their name on anything absurd, a poncho certainly isn’t out of the question. And if that happens you can rest assure that Justin Bieber will rock it.

Witness the Jared Leto poncho effect in the gallery.

RELATED: LeBron James & The Cleveland Cavaliers Turned The NBA Playoffs Into A Runway 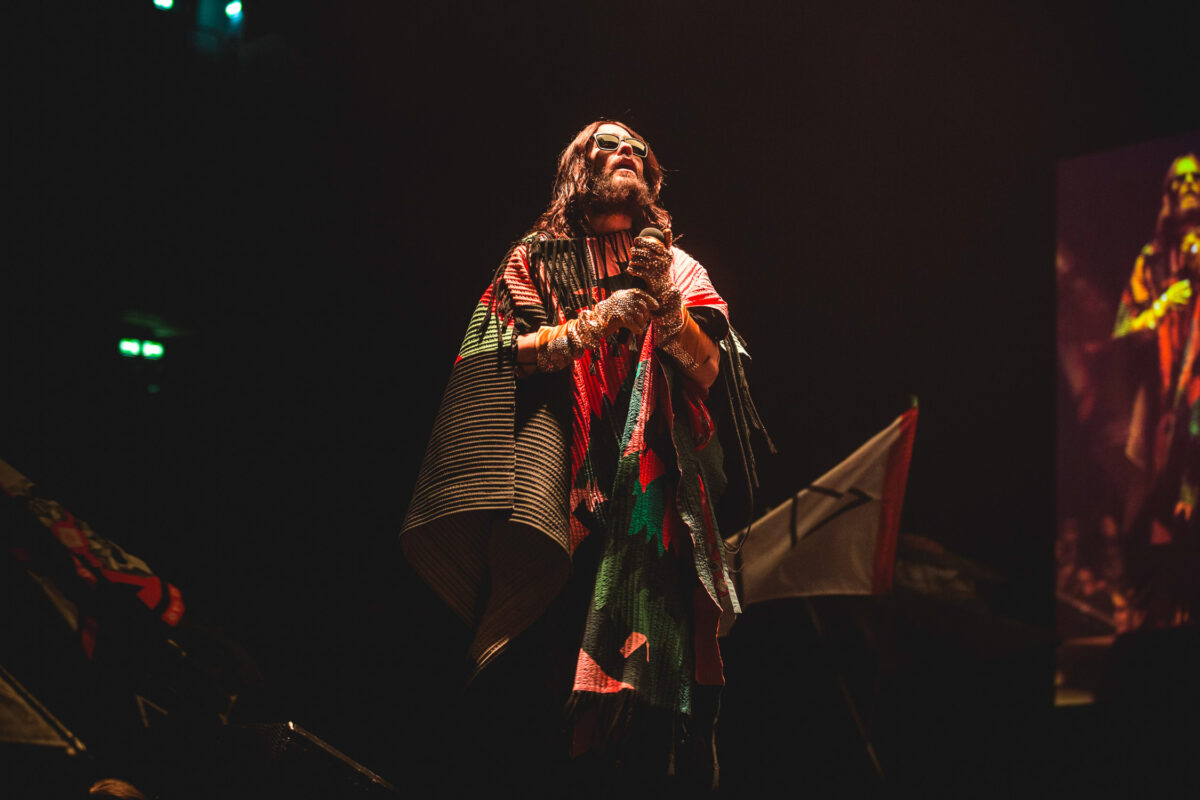 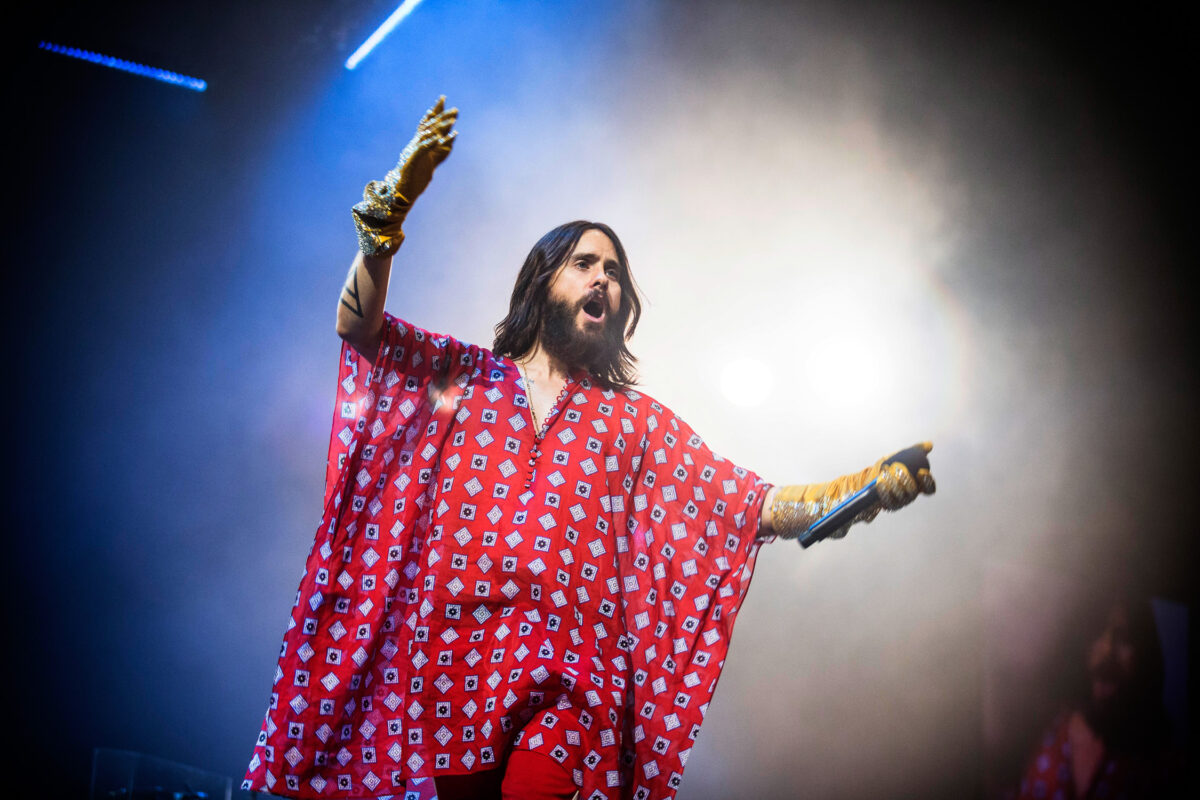 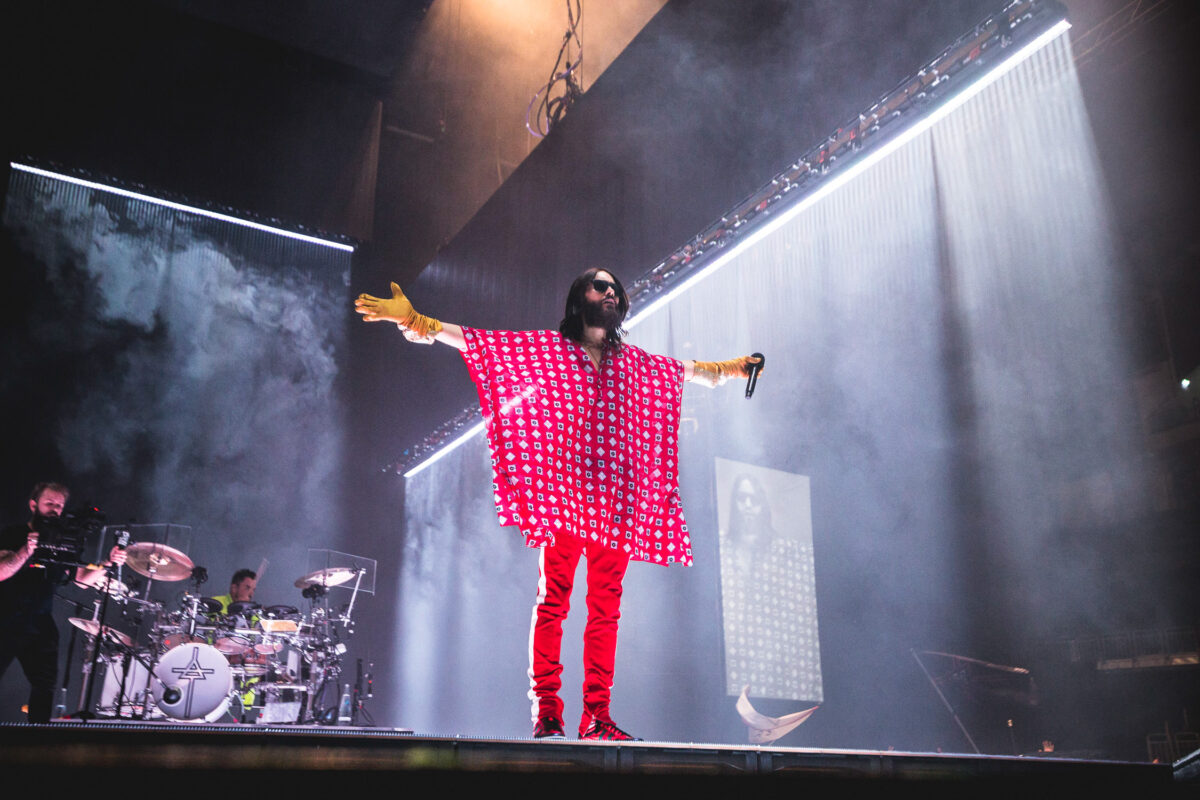