Some men just want to watch the world burn.

There is no God. And if there was, he just gave Justin Bieber permission to wear camouflage cargo pants. Read that again. Slowly. Then punch yourself in the face. Now punch the person next to you in the face.

Cargo pants were once the go-to staple pant for men in the early 2000s. The look was further exemplified during the prolific boy band era which saw ‘cool dudes’ like N’Sync and The Backstreet Boys donning the baggy bottoms with a pocket fetish.

Whilst camo never really did go out of fashion (like the colour black), it does reinforce a 80s and 90s vibe which when carried over onto the classic cargo pant, can cause all hell to break loose.

To Bieber’s credit, the updated camo-cargo pants from Californian label AMIRI does taper in below the knee a bit more than the old school free-flowing ones. This essentially makes it a bit easier on the eyes whilst the distressed knees add some much needed detail.

Bieber brought the controversial look back into 2018 by pairing it with a Thrasher hoodie and the mandatory dad sneaker, a pair of Adidas Yeezy 700 Waver Runners. If that’s not enough hype, he was also snapped in the outfit leaving his custom-painted Lamborghini which now bears the ‘Cash Only’ graffiti font on the side of the door. 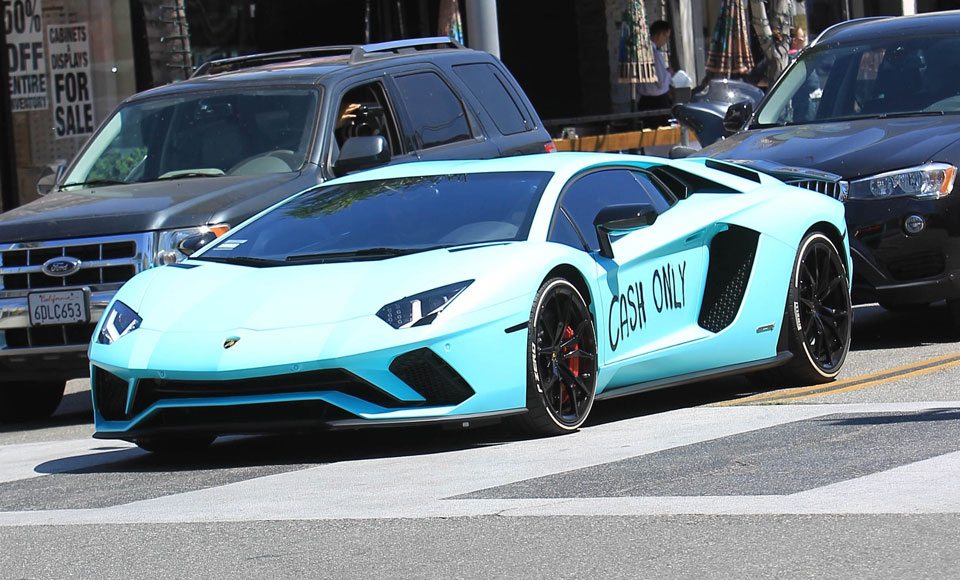 It’s not a metaphor for Bieber’s tax evasion

What the hell does it mean? Only the Instagram kids will know. What we do know is that the words were sprayed on by Bieber’s long-time artist friend Joe Termini who often uses the phrase in his work.

Given his association with Hillsong, we’re hoping he’ll spray a mural of Jesus on it next.