Fitness Expert Reveals The Secret To Getting Ripped In Your Twenties 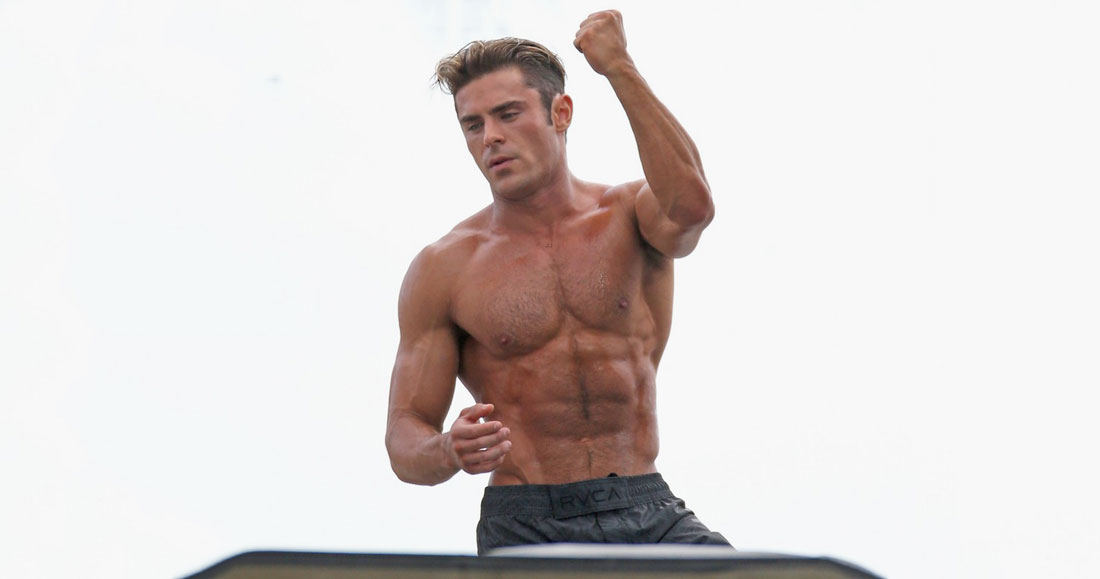 Young man, it’s time we had a chat. The frivolous twenties is a decade filled with (mis)adventure, experimentation and growing into a man. On this journey the twenty-something human body is faced with a number of adversaries, often self-inflicted and totally avoidable. But that’s what being young is all about right?

We spoke to two experts in the health and fitness field to tackle the pressing issue of what often happens to your body during the twenties and how you can look after it to ensure it kicks on trouble-free well beyond your thirties.

Set A Routine & Stick To It

It’s not our intention to be motherly at D’Marge but when a qualified fitness expert stresses the need to stick to a game plan, you should probably pay attention. Jordan Ponder who is the founder of Transform Health in Sydney says that the biggest concern for men in their twenties is balancing a social life with regular exercise. Don’t be fooled by thinking your body can take the beating since it’s in its prime.

“You bounce back but that’s because the stress isn’t as high,” says Ponder. “Things will start to take a toll in your late twenties as stress and responsibilities increase”. Think buying property, taking on the daily pressures of work and managing relationships.

When it comes to keeping the twenties body in top shape, it’s vital to exercise every day for at least an hour with sufficient intensity. This can come in the form of a gym session, a run or a swim. This will ensure that energy levels remain consistent at a time where a man’s metabolism slows down big time in their late twenties.

Keeping a check of your twenties diet will ensure that your body has all the nutrients it needs to boost your immune system. One big misconception guys in this age bracket have is their degree of mortality.

A healthy and balanced diet is all it takes to ensure that easily avoidable sicknesses can be kept at bay. “Dietary wise, have breakfast in the morning everyday. Something you can make yourself as opposed to eating out which is becoming a trend these days,” says Ponder.

“Also limit alcohol intake to two days per week and don’t allow social drinks to pop up more than they need to.”

Keep Your Mental Health In Check

Dr. Zac Turner of the Privée Clinic says that of all of the male age groups, men in their twenties are most likely to die of suicide, car accidents or preventable injuries.

It’s paramount that men in this age group speak up when they’re struggling mentally. Doing so will lead to a longer and healthier life, according to Turner.

“When it comes to men in their twenties, don’t be afraid to ask each other and friends how they’re doing mentally. Blowing things off with an ‘it’ll be alright’ attitude is one way to see the breakdown in mental health”.

Try Headspace to keep that brain of yours in check. It’s easy to follow guided meditation.

Choose The Right Kind Of Alcohol

Believe or not, young men will drink copious amounts in their twenties and there’s a right and wrong way to do it. When you’re entering the professional workforce or trendy entrepreneurial scene in your twenties, it’s a common fact that business tends to be done with the help of alcohol.

“For young people, try drink a bit less of the cheap alcohol and spend it on something slightly more expensive; alcohol that’s distilled better and has less preservatives like 100% agave tequila. Good tequila is the least processed alcohol so it doesn’t leave you with a hangover”.

“At this stage it’s about getting smarter. Learn how to recover better. A lot of people spend this decade getting written off on a weekly basis. Work out when you can and can’t get written off and find some hangover cures that work for you.”

If you’re prone to a hangover the best thing to have in the morning is eggs. Taurine also helps to reduce nausea and headaches.

A big part of maintaining one’s health in their twenties is about managing self-risk. With the discovery of drugs and alcohol for the first time during this decade, there will no doubt be an increased chance of injury or death.

His pointers for assessing self-risks in your twenties are the following:

Pay Attention To Changes In Your Body

Most men in their twenties will have a body that’s in its prime. If you’re finding that your immune system is weak during this time, you probably fall into the group of those who work themselves tirelessly before taking a break overseas. It’s here where sickness comes on. In other words, you may have a young and resilient body but you can’t escape sleep and rest. The body requires it to repair, fight viruses and recuperate.

One other area of monitoring your body’s changes is during the introduction of protein into the body.

“Reading the back of protein powders and drinks is a must because they’re full of shit for the most part. We age more because we have a high protein diet.”

When it comes to skin, the point has long been played out in Australia. Sun burns in your younger years, especially during the teenage years, massively pre-disposes men to melanomas later in life.

“Far more than other years, this is when you’re spending a majority of the time out in the sun,” says Turner.

On the topic of checking one’s prostate during this decade, experts say that it’s not yet necessary. Instead young men should be asking questions about their family history and chatting about who was sick, when they were sick and why they died.

“If you have an uncle, a grandfather and someone else who died of bowel cancer, you should probably speak to a GP about it. Work out what things have gone wrong in the family and whether you’re prone to diabetes, cancer and even baldness. It’s all about preventing for the future.”

“Know about your body but don’t try to diagnose it via Google.”

RELATED: These Crucial Exercises Will Ensure You Get Bigger Quicker