Why More Men Should Practice Yoga, According To A Former Professional Athlete 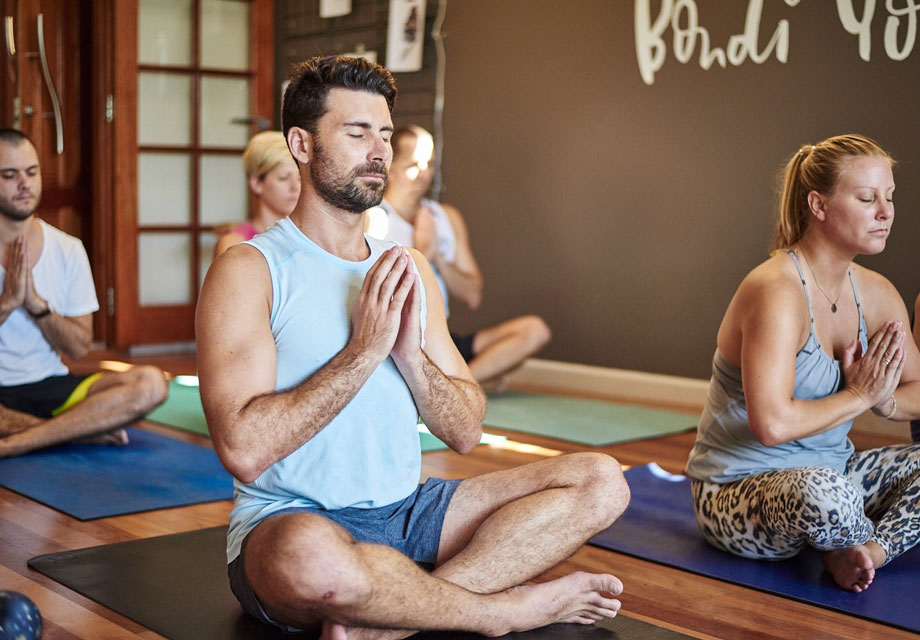 While male yogis stretch their bodies, their friends often stretch the truth.

But as they call you a hipster for sitting down with a bunch of middle-aged women to do a bunch of exercises you could do for free at home, little do they realise your class actually contains a bunch of hard-core blokes—and (unless it’s pilates) those ‘middle-aged women’ are probably mentally tougher than you are.

And that’s not the only obstacle stopping guys from doing yoga. Ben Lucas, an ex NRL player for the Cronulla Sharks (now a PT and fitness industry guru), says he didn’t start yoga earlier because he didn’t think he was flexible enough. “Also, I couldn’t fathom fitting it into my already busy schedule when I could be doing something else instead.”

It took him a lot to get started, “But once I did I never looked back.” And what got him over the line?

“I started doing yoga because I was preparing for an ultra endurance run and I was really tight, sore and struggling to recover. I found that regular practice of yoga ultimately improved my range of motion and performance in the running area. Yoga is for everyone no matter your age or fitness level, I truly believe that.”

According to Ben, one of the biggest misconceptions is that the yoga studio is a “women’s space”. This is why men often (initially) feel out of place and uncomfortable.

“Some men also associate yoga with not being masculine and are hesitant to give it a try.”

However, as he points out, yoga is a disciplined practice that has many benefits towards your recovery, “Therefore it allows you to maximise your next workout.” It is also included in a lot of athletes’ programs these days; from swimmers to golfers, and it is being used a lot in the corporate space as well.

For guys who reckon it’s too chilled to provide a proper cardio workout, Ben recommends trying advanced routine levels of the vinyasa or flow style practises. You can also do, “Modified versions of a particular pose to challenge yourself and current fitness level.”

“Try variations that use certain props like straps or blocks to activate new muscles. Lastly, don’t forget to ask your yoga instructor for some tips and tricks on how to improve your overall practice.”

And anyone that’s tried Bikram—a variation of yoga conducted in 33 degree heat—knows that a head-spin inducing cardio-workout (and heatstroke) is possible. So there you have it: there’s more to yoga than meditation, and those so-called ‘Beta males’ are probably scoring more dates than the gym-junkies.

If that still sounds lame; check out yoga, ‘for guys who love to drink, swear and sweat’. It’s all the rage.