Tom Brady’s Vegan Diet Could Be Your Ticket To Becoming An Athletic Freak… But At What Cost? 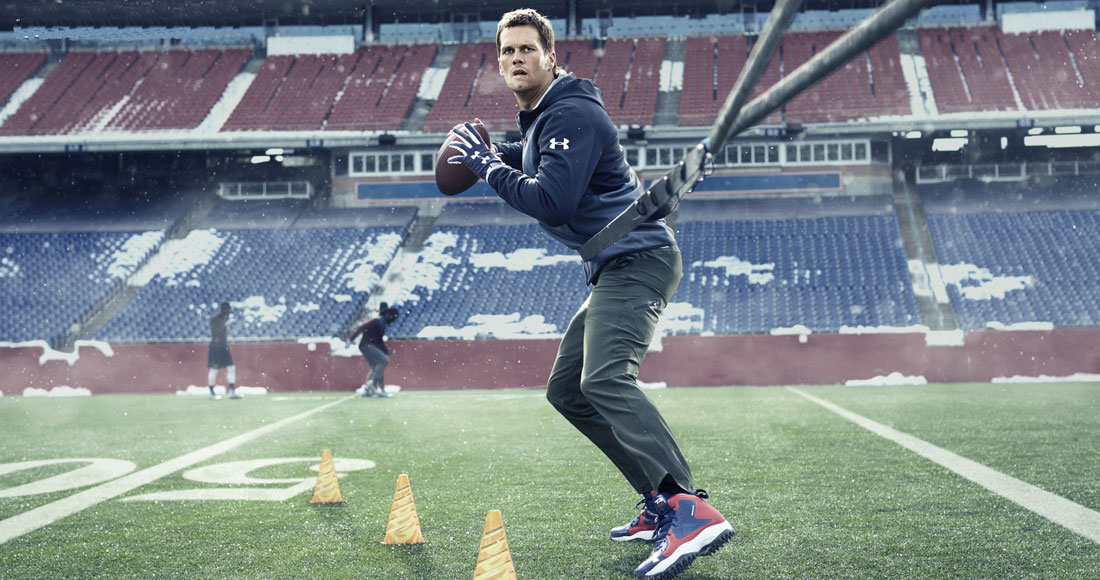 No longer just a gap-year fad, veganism is now being attributed to the success of athletes all around the globe. While emaciated hippies and balding militants have given granola-chomping a bad name, sports stars like Tom Brady (NFL), Jermain Defoe (soccer) and Alana Blanchard (surfing) are ushering in a vegan Renaissance.

We talked to Jordan Ponder, an expert dietician, as well as consulting nutritionist Michelle Strong, to get the scientific perspective on an emotionally charged question: should you go vegan? And why is Tom Brady only vegan 9 months of the year?

Before you follow in his footsteps; read this guide.

According to the Dieticians Association Of Australia, “Vegan diets are a type of vegetarian diet, where only plant-based foods are eaten.” Sounds simple enough. But there are many variations.

What Can You Eat?

What Can’t You Eat?

What Are The Health Benefits?

According to Paramount Recreation Club’s head dietician, Jordan Ponder, a vegan diet will typically have less processed and trans fats in it.

“It is generally less processed and more conscious than the average ‘eat anything’ (meat inclusive) diet.”

A vegan diet is also richer in certain nutrients. As Healthline explains, cutting out animal products will inevitably lead you to rely more heavily on other foods. In the case of a whole-food vegan diet (the one most vegans aim to follow), replacements take the form of whole grains, fruits, vegetables, beans, peas, nuts and seeds.

“Since these foods make up a larger proportion of a vegan diet than a typical Western diet, they can contribute to a higher daily intake of certain beneficial nutrients.”

Additionally, a vegan diet is a great way to shed some kilos. As reported by Healthline, in one study, a vegan diet even helped participants lose 9.3 lbs (4.2 kg) more than a control diet over an 18-week study period.

“Interestingly, participants on the vegan diet lost more weight than those who followed calorie-restricted diets, even when the vegan groups were allowed to eat until they felt full.”

Also, as most people go vegan for ethical reasons, those who lose weight tend to keep it off (because in switching back to a meat-and-potatoe-and-twinkies diet they wouldn’t just be letting their health down, but also their ideals).

Going vegan also appears to lower your blood sugar levels and improve kidney function, a real positive for anyone, especially those with type two diabetes. Other (observational) research has indicated that by consuming more fruit and vegetables, and less (or in this case, zero) processed meats you reduce your risk of cancer and heart disease.

What Are The Risks?

Yes: increasing your fruit and vegetable intake ensures you get more of certain nutrients. But not all of them. And despite many vegans claiming if you eat right you don’t need to worry about vitamin deficiencies, this has been proven false. Badly planned vegan diets provide insufficient amounts of essential fatty acids, iron, calcium, iodine or zinc, and even well planned ones struggle to provide enough vitamin B12.

That’s why Healthline states, “It’s important to stay away from nutrient-poor, fast-food vegan options. Instead, base your diet around nutrient-rich whole plants and fortified foods. You may also want to consider supplements like vitamin B12.” Nutritionist Michelle Strong also points out that some vegans eat too many breads and cereals, which can lead to extra fat around the midsection.

“They rely on these foods because they’re quick and convenient and vegans and vegetarians are (somewhat) limited in their protein options.” 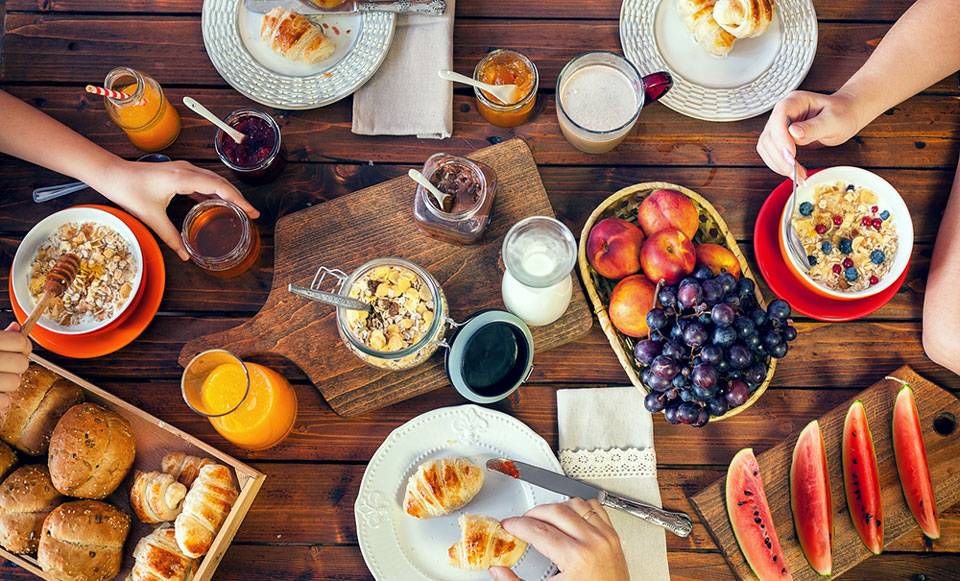 Watermelon, grapes, nectarines and home-made croissants – maybe brunch with your vegan mate won’t be so bad after all? Just need scientists to get to work on ‘petri bacon’…

Why Doesn’t Tom Brady Follow A Vegan Diet In The Off-Season?

There are a couple of potential reasons for this. Firstly, as dietician Jordan Ponder told us, this could be down to the NFL star needing extra protein, iron and B12 in order to recover from the later stages of the season (and to prepare for the early stages of the next). Secondly: it’s possible Tom Brady is not vegan for ethical reasons, and simply enjoys chicken every now and then…

Should You Go Vegan?

In terms of your health: Jordan Ponder says there is no problem with going vegan, as long as you get fully informed beforehand. “Going cold turkey on meat products is fine,” he says, “But chances of doing it better and sticking to it are enhanced when you’re properly educated about mixing the right foods. So read up and prepare to spend more time in and around food.”

Going vegan will also reduce your carbon footprint, and—if everyone made the shift—would be a significant step towards reducing world hunger (it’s estimated that 700 million tons of food that could be consumed by humans goes to livestock each year). However, before you get too carried away, statistics show that Veganism, while less destructive than the status quo (in terms of environmental damage caused per person fed), is actually not the most environmentally friendly diet. 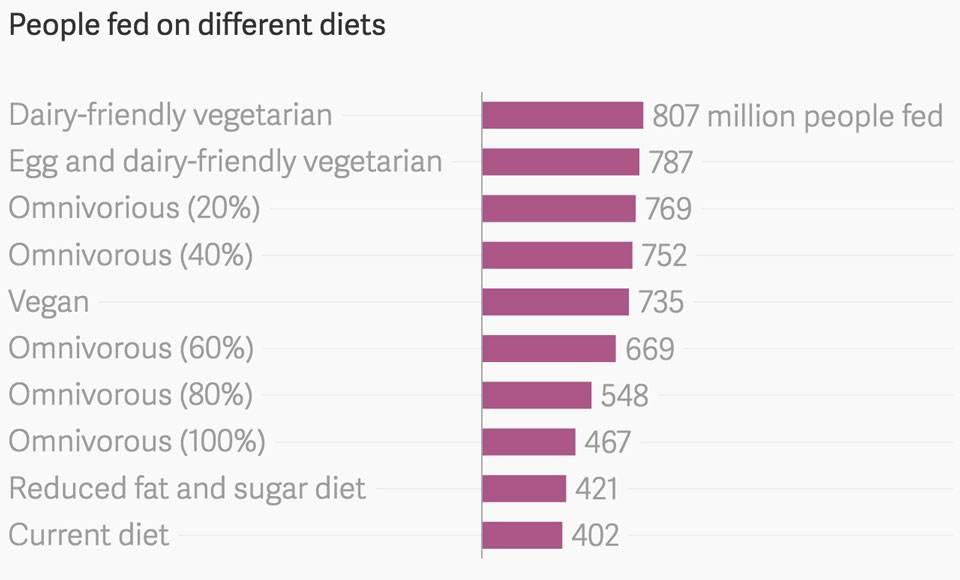 As this chart shows: eating fewer animal products will increase the number of people who can be supported by existing farmland—but eliminating animal products entirely isn’t the answer. This is because much of the world’s farmland is fertile enough to rear cattle (who largely subsist off of pasture and grains indigestible to humans, grown in nutrient deficient soils), but not enough to grow the variety of nutrient-demanding crops necessary to keep a vegan population healthy.

As reported by Quartz, “True sustainability lies in the careful observation of each ecosystem in which a community of people exists, and leveraging both ancestral knowledge and modern technology to coax a yield from that ecosystem that can feed all the people, well and fairly, now and always. And yes, 9 times out of 10, that ecosystem will include animals.”

“Animals in the larger, more remote food forests serve as a source of natural soil fertility, mineral cycling, and conversion of inedibles like windfall fruits and perennial grasses — which are the best broad scale soil builders and, by extension, carbon sinks, on Earth — into human-edible protein.”

As the human race going entirely vegan would waste available land that could otherwise be used to feed more people with vegetarian or omnivorous foods, it can be said the vegan diet does’t make the most of the resources the landscape of each environment provides.

This takes nothing away from the horror-show that is factory farming. But before we radically change the food system, we need to park our ideologies at the door, and evaluate what the direct and indirect effects will be on our food supply and environment.

The takeaway? If you are morally opposed to eating animals: go vegan. But if you just want to reduce your environmental impact: go vegetarian.

Many of the health benefits of veganism mentioned earlier this article are not innate to a vegan diet: they have been observed because vegans tend to put more thought into their diet than non vegans (i.e. you need to do more than just ‘not eat animal products’ to be healthy).

Beans or nuts on their own are incomplete (as opposed to a steak or an egg, which are complete) sources of protein. Whilst you can get all the protein you need from a vegan diet, in order to do so you must combine corresponding ‘incomplete’ sources of protein (the easiest example: beans and rice). This is because 20 amino acids are the building blocks of protein, 9 of which the body can’t produce on its own. In order to be a “complete” protein, a food must contain all nine of these essential amino acids in roughly equal amounts. So as long as you eat complementary “incomplete” proteins over the course of the day, you should be fine.

The general consensus amongst dieticians is vegans ought to take B12 supplements and drink calcium enriched, plant-based milk.

RELATED: Sydney Vegetarian Restaurants That Will Turn Any Meat Lover