World’s Scariest Travel Destinations For Those Who Fear Nothing

For a brave breed of traveller, only the world’s most dangerous destinations will do. They happily trade the daily grind for adrenaline-charged holidays that could end in death just as easily as they could end in a killer Insta shot.

If five star hotels, Michelin meals, all-inclusive cruises and soothing spa days are your thing, sit this one out. The world’s most dangerous travel destinations are for the fearless (or foolish) only. 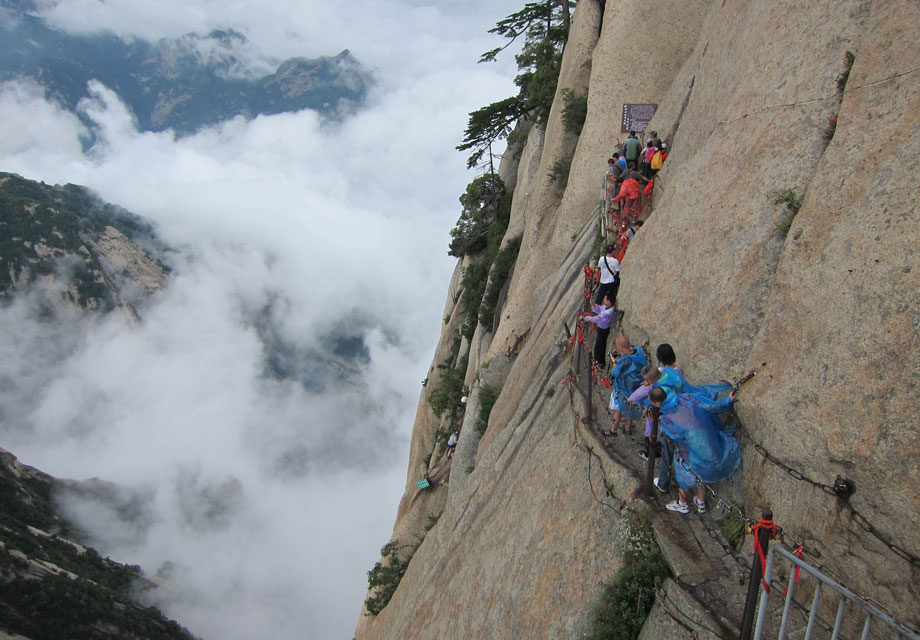 In northwest China, 120 km east of Xi’an, lie the peaks of Mount Hua. A variety of temples and other religious structures dot its slopes, but to see them, you must scale the mountain by side-stepping across narrow wooden planks that look like they’ve seen centuries. Handholds are few. Instead trekkers cling to a series of loose metal chains bolted to the mountainside. One wrong move and you’ll plunge hundreds of metres to your death. 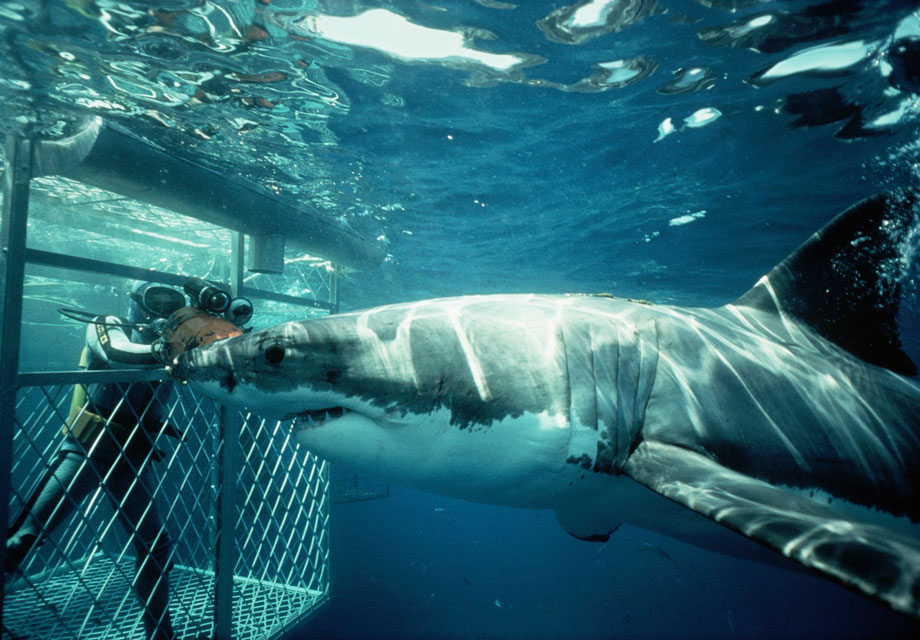 If Jaws didn’t permanently scare you out of the ocean, head to South Africa to go deep-sea diving with great whites. The waters around Gansbaai are densely populated with the toothy beasts, earning it the dubious distinction of being named the great white shark capital of the world. A metal cage only seems safe until you’re face to face with 3,324 kg of cartilaginous killing machine. 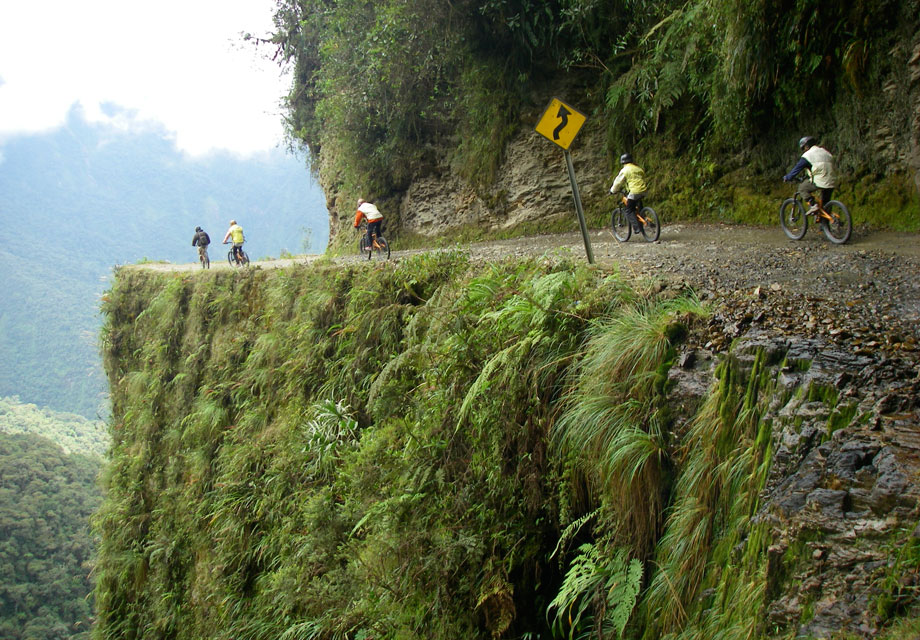 Everything you need to know is in the name. The path from La Paz to Coroico in Bolivia is a treacherous trip that once killed hundreds of drivers annually. Dizzying elevation, the 3.6-metre-wide single lane, a lack of guardrails and limited visibility due to fog and rain make the journey highly hazardous (but all the more exciting for it). Truly adventurous travellers skip the vehicle in favour of a mountain bike. 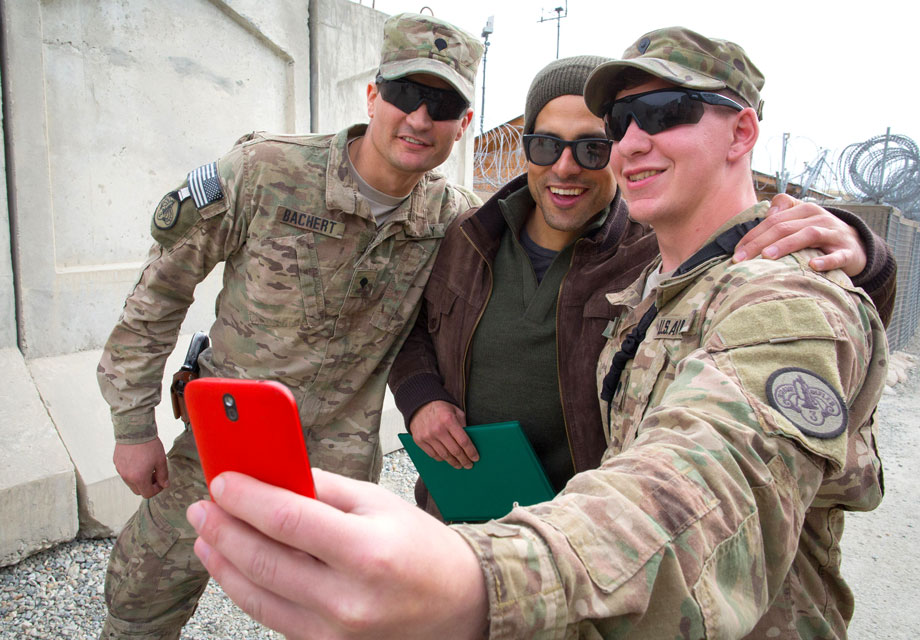 It doesn’t get much more extreme that willingly entering a war zone. If that’s your idea of a happy holiday, book an expedition with War Zone Tours. The company’s tour leaders are former military special operations personnel turned “High Risk Environment Guides” who have spent years in the world’s most dangerous corners. Destinations include Iraq, Beiruit and Somalia. 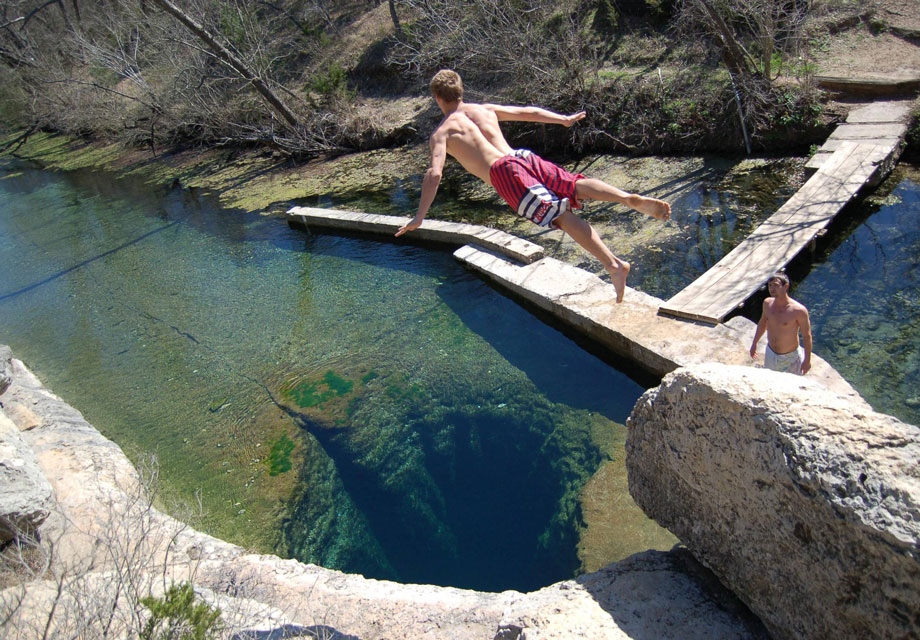 Nothing says “fun for the whole family” like a potentially deadly dive. The largest underwater cave in Texas has been a nearly non-stop source of water for thousands of years. It’s also been known to swallow people whole. Interesting algae and wildlife wait below the surface, but that’s only if you survive the 30+ metre drop, multiple chambers, and the unstable silt which can completely wipe out visibility.

RELATED: 10 Most Dangerous Roads In The World 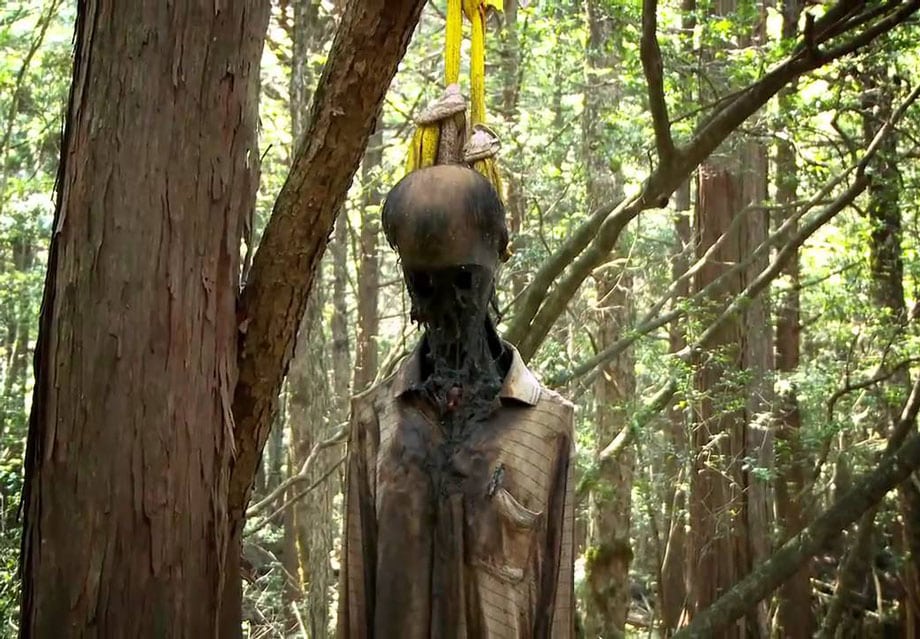 Aokigahara Forest, at the foot of Mount Fuji in Japan, is lush and dense and, theoretically, beautiful. It’s also one of the most haunting places on Earth. The so-called ‘Suicide Forest’ has become a mecca for people looking to take their own lives. More than 70 died there in one year alone, and because the forest is so vast, authorities can’t always locate the bodies – meaning unwitting visitors stumble upon them instead. Hollywood has since turned it into a horror movie whilst the forest continues to live up to its reputation for creepy occurrences – it’s eerily silent as the ground is lush with moss-like vegetation which absorb a lot of the residual sound. There’s also no cell reception in the forest and compasses don’t work because of the magnetic deposits left in the soil floor. In other words, if you get lost here you’re pretty much screwed. 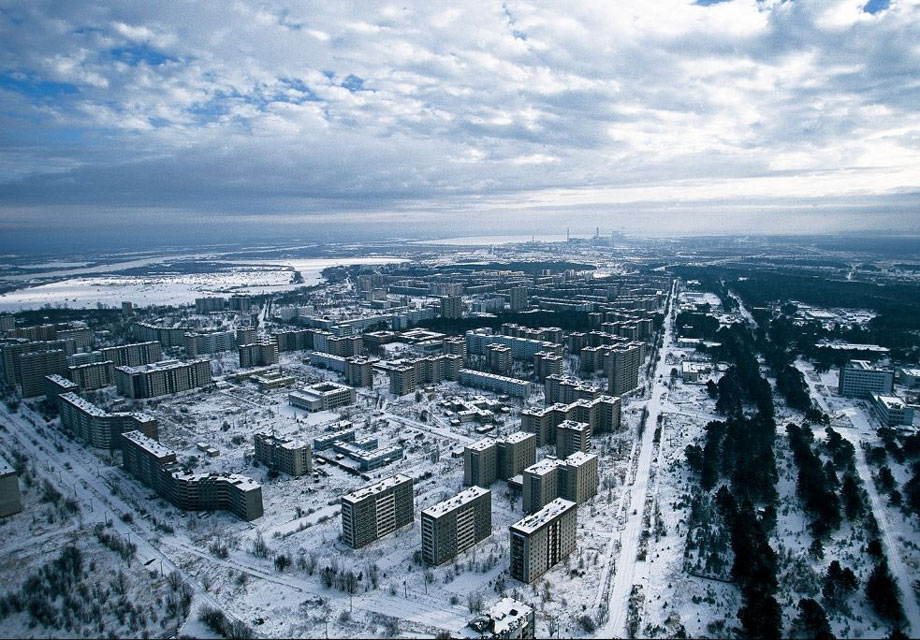 Deserted amusement parks are eerie at the best of times, but this one takes things to a whole new level. Pripyat was a charming town of 49,000 until it was destroyed by the Chernobyl nuclear disaster in 1986. Residents abandoned everything in terror, leaving behind a spooky ghost town that includes decaying gymnasiums, auditoriums, galleries and the aforementioned fun park. Unstable structures and radiation make Pripyat a hazardous choice for a holiday. 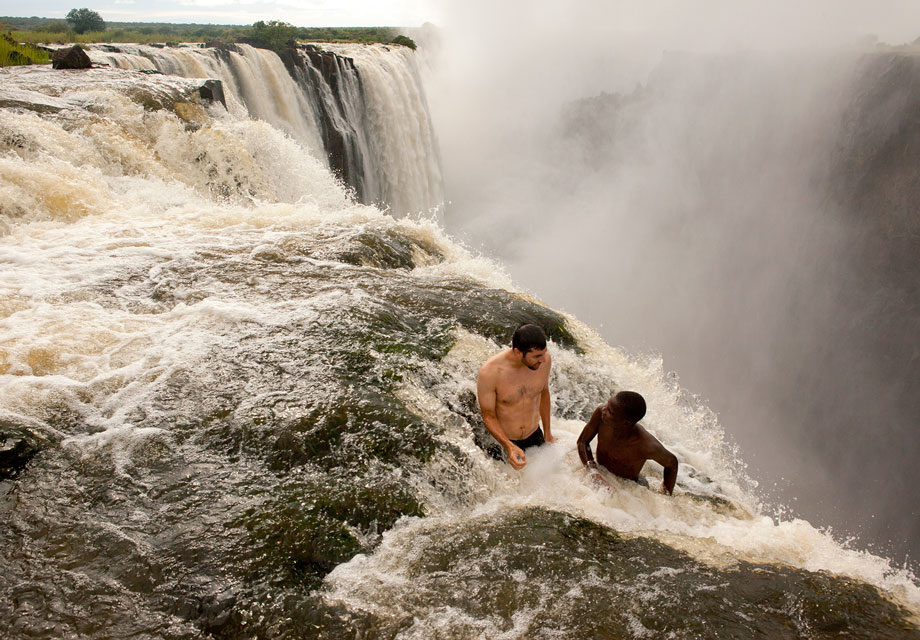 Thousands of tourists travel to Victoria Falls, the world’s largest sheet of falling water, each year. Some are content to admire from afar, but the adrenaline obsessed get up-close-and-personal in Devil’s Pool. Only a small (and slippery) rock wall separates you from the edge should you dare to take a dip. You can even dangle your arms and legs over the rushing cliff, if you’re feeling particularly invincible that day. 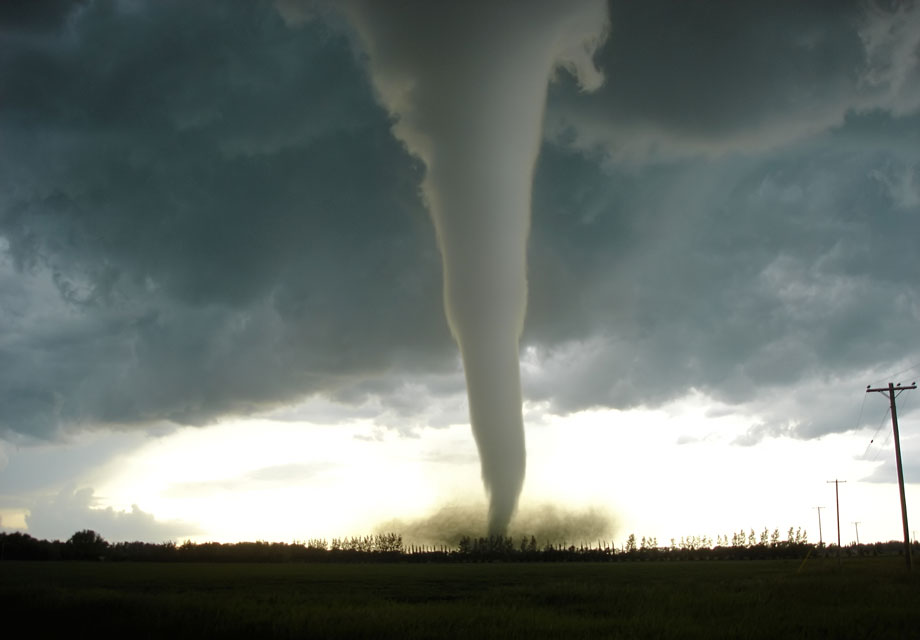 While sensible folks flee natural disasters, the thrill-seekers at Extreme Tornado Tours head directly for them. April and July mark the beginning and end of tornado season in the United States, when storm chasers cheerfully intercept one of Mother Nature’s most ferocious phenomenons. Not only do people willingly put themselves at risk of being Wizard of Oz’d, they pay thousands of dollars for the privilege. 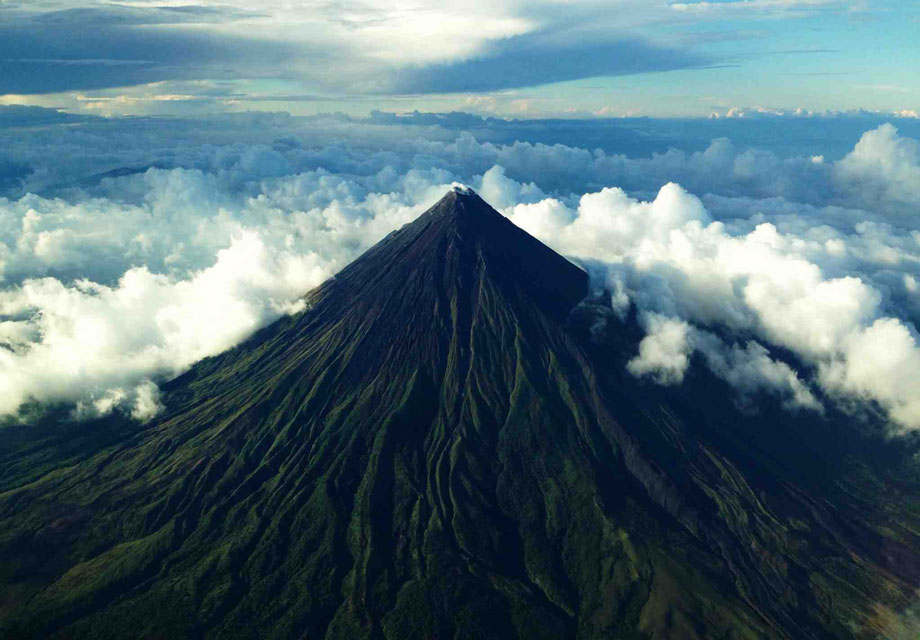 The island of Luzon, in the Philppines, attracts hundreds of tourists a week. They come for the towering Mount Mayon, which is not only a picturesque example of nature’s majesty, but also an active volcano. Thousands died during an eruption in 1814. Thousands more have been evacuated during eruptions in recent years. The volcano has erupted 49 times so far and is very much active today, but hot lava enthusiasts still flock in hopes of seeing it spew.